Dončić and Kopitar: From Slovenia to Dallas and Los Angeles - LA Kings Insider

Dončić and Kopitar: From Slovenia to Dallas and Los Angeles

There are several ways to look at each country’s medal haul during the Olympic Games. While countries like the United States, Germany and Russia – and Norway in the Winter Olympics – are often duking it out for the largest claim, those countries, minus Norway, of course, have massive populations and intricate networks to support and enhance the pursuit of athletic accomplishment.

Slovenia, meanwhile, often finishes high up on the list of medals won per capita at the Olympics. In the 2014 Sochi Games, which doesn’t even take into account the men’s hockey team’s Cinderella run to a remarkable seventh place finish – they ranked second in the world, trailing only Norway, in Olympic medals per capita. One out of every 257,193 Slovenians earned a medal at the 2014 Winter Olympics, per Slate.com. Four years earlier, Slovenia was poised to advance past the group stage at the World Cup – if not for that pesky Landon Donovan 91st minute goal against Algeria. During the group stage, they held a 2-0 halftime lead against the Americans.

And that doesn’t even begin to take into account the tremendous basketball accomplishments for the country of just over two million people. Winning EuroBasket – the continent’s basketball championship – for the first time in 2017, Slovenia has banked on a surge of NBA talent that has included players like Goran and Zoran Dragić, Beno Udrih and Rašo Nesterovic.

“The young man is phenomenal,” San Antonio Spurs coach Gregg Popovich said after a game between the Mavericks and Spurs on Wednesday, as reported by the Fort Worth Star-Telegram. “He does a great job. Such great pace, skill. He’s got the whole package.”

“Right now he’s probably the biggest athlete in the country, for sure,” Anže Kopitar said.

That’s saying a lot! There is, you know, Kopitar. There’s also two-time Olympic gold medalist and downhill skier Tina Maze, or any of the accomplished athletes in basketball, soccer, ski jumping and other winter sports.

After Los Angeles’ 2-1 win at Dallas on Thursday, Kopitar connected with Dončić to exchange jerseys in their first face-to-face, in-person meeting. Dončić was obviously supporting the hometown Stars in last night’s game, but also took home a personalized jersey of perhaps his second favorite NHL team, as shown below. It all sparked an interesting conversation at today’s practice in Denver.

Anže Kopitar, on whether there is a fraternity among Slovenian athletes:
With Luka, that’s the first time we’ve met in person. I’ve talked to him over the phone a little bit, but first time in person. Yeah, we do keep tabs on each other and cheer each other on. It’s kind of funny, because for a small country like we are, we have a lot of professional athletes that play in the highest levels. You name it – you’ve got soccer, basketball, there’s myself, ski jumpers are good, skiers are good. It’s pretty fascinating how well we’re represented. And it’s not just one sport. You name it – the versatility of sport, it’s pretty amazing.

Kopitar, on how such a small country has found such out-sized success in sports:
Yeah, it’s two million people. Honestly, I don’t know what to tell you. It’s talent and a lot of hard work, is what it is. Lots of guys, lots of kids now that want to get their career jump-started, and it’s the same with me. I had to go to Sweden, Luka was in Spain for a long time. It’s just the way the pattern works, because at some point back home the competition’s just not good enough, and you have to leave if you want to pursue your goals and dreams and all that stuff, so it’s pretty fascinating.

Kopitar, on Jesenice as a hockey town, and whether other athletes traditionally come from Ljubljana:
The country’s so small that I wouldn’t really specify it like that. Maybe Jesenice is more hockey, and Ljubljana has pretty much everything. Maribor, they have mostly soccer players coming out of there. It’s very versatile again. At one point, I think we had six or seven NBA guys from Slovenia, which is amazing. Us making it to the Olympics [in hockey] twice, it’s a pretty neat accomplishment, too.

Kopitar, on the basketball players he’s close with:
Dragić, I’m pretty close with Goran. His brother played, we’re pretty close too. And then Beno Udrih, he played in San Antonio for some good years. Nesterovic, he was in San Antonio. There are a few more guys. Maybe I’m not very close to them, but I certainly know them and talk to them once in a while. 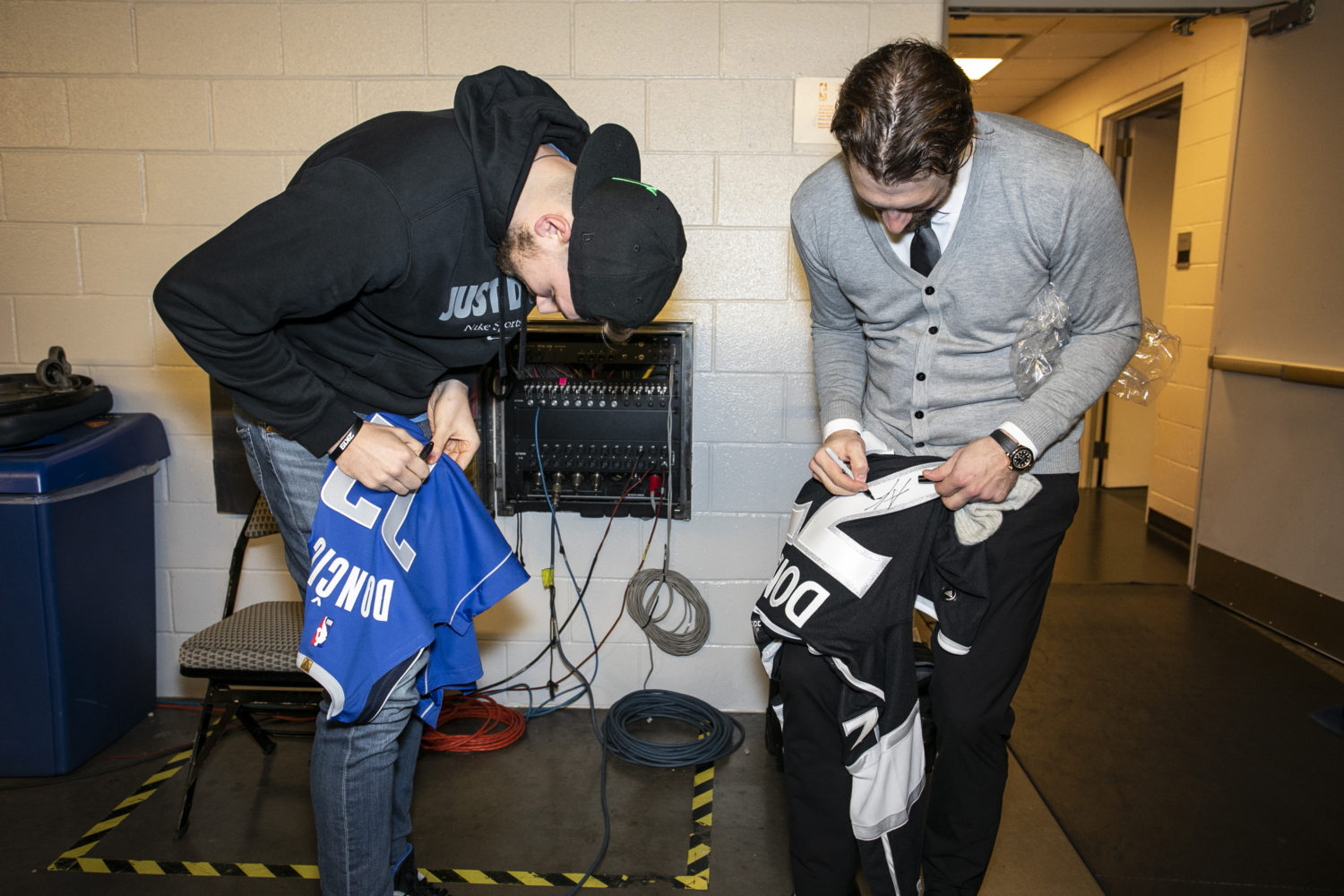 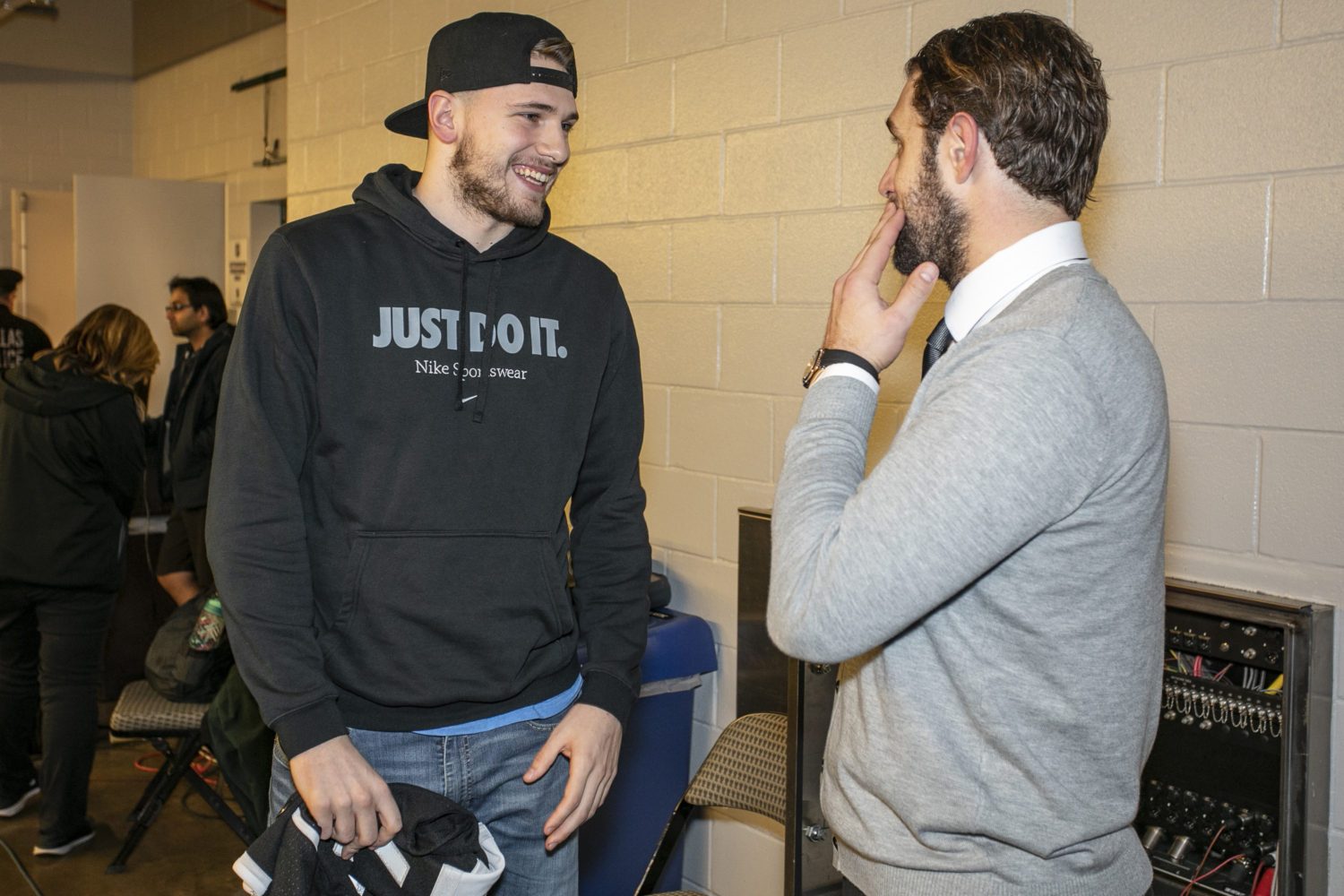