–The vitals: Jack Campbell left the ice first and will be projected to make his first career start against the team that drafted him 11th overall at Staples Center in 2010. Oscar Fantenberg is out with a lower-body injury and will not play. (Originally, Willie Desjardins confirmed that Fantenberg wouldn’t play, but when asked whether it was a lower or upper-body injury, replied “I don’t know what they’d classify it as. It’s one of those, for sure.” Tricky Willie!) Today’s skate was an optional, but based on the limited groupings this morning and the sense we had at practice yesterday, expect an alignment of Hagelin-Kopitar-Brown, Iafallo-Carter-Leipsic, Kovalchuk-Kempe-Toffoli and Clifford-Thompson-Wagner up front with defensive pairings of Forbort-Doughty, Muzzin-Martinez and Phaneuf-Walker. Desjardins had confirmed yesterday that Muzzin’s maintenance day yesterday was related to the collision and tumble he took into the corner boards during Tuesday’s Minnesota game, and when asked about his fall and absence from yesterday’s practice this morning, Muzzin joked, “I just didn’t want to skate.”

As for Kovalchuk, who had points in four of five games after getting the bump up to the top line while earning a regular shift, Desjardins hinted that there may be more opportunity for him to play alongside Kopitar and Brown. “It’s not that he won’t be there on that line again. Maybe he’ll be there tonight, maybe he won’t.” We had a little bit of Johnny Tight Lips this morning!

–Their vitals: Kings alum Ben Bishop will start in goal. He’s 5-3-0 in his career against Los Angeles with a 2.32 goals-against average, a .927 save percentage and one shutout. Goaltending has been a pillar of the Stars’ success this season with a team save percentage of .915 that ties for second in the league. The offense, on the other hand, limps into today’s game with two goals in the last three games, all regulation losses. After scoring power play goals in six straight, they’re 0-for-9 over their last three games, which includes a 0-for-6 performance against Tampa Bay on Tuesday. While they know that points are points are points this time of the year, they also seemed happy with where their game was at against the Lightning. “I think we played a good game, but it’s hard to win a game when you don’t score, so that’s the basic thing. I’d rather play maybe not as good of a game and win the hockey game,” Alexander Radulov said.

Speaking of Radulov, there’s still that Benn-Seguin-Radulov line that forms one of the league’s most lethal connections, even if Jamie Benn’s scoring rate is down this season. “They’re three guys that can do it all,” Carl Hagelin said. “They’re pretty heavy, they can play physical, they can all shoot the puck. I think you’ve got to have the mindset that you’ve got to be ready to battle. I think they all battle hard. They obviously don’t like playing in their own end, so I think you have to spend as much time as possible in their zone. Other than that, you’ve just got to be hard, all game.”

–Amidst several trades that did not work out particularly well at the end of Dean Lombardi’s tenure as general manager, one exchange continues to pay dividends. Acquired for defensive prospect Nick Ebert at the 2016 NHL Draft, Jack Campbell has earned his minutes with the club through his work with Dusty Imoo and Bill Ranford and the strong numbers he’s put up at the NHL level. Having signed a two-year, $1.35-million extension early in the 2017-18 season, Campbell is under contract through next season and providing dividends as a back-up to Jonathan Quick who has spelled the Kings’ number one goalie admirably during bouts of injury or as dictated by the schedule. He enters tonight with a record of just 5-9-0, but with a 2.21 goals-against average and a sparkling .930 save percentage.

That’s quite a turnaround from when he dealt with confidence and performance issues and shuttled between ECHL-Idaho and AHL-Texas from 2014-16.

Needless to say, earning a win is what he’ll be focusing on tonight – though there could be some extra juice and emotion.

“I always remember being drafted by Dallas and some of my friends and teammates,” Campbell said Wednesday, as shared by Curtis Zupke of the LA Times. “Obviously it’s a great city. There’s some good fans here that supported me and still do. I appreciate that, but obviously I’ve been with L.A. now for quite a while and it definitely feels like home, so it’s fun to come in here with this group, and it will be fun to be back in that building.”

Desjardins confirmed he’d draw the start against his old mates.

“That would kind of being the icing on the cake as far as turning the page, which I feel like I’ve done,” Campbell said. “It’s just kind of the last thing – playing those guys – and it would be fun to play against some of the top players, Seguin and Benn and all those guys. Anytime I’m here, it’s fun to beat them, that’s for sure.”

–Desjardins coached Campbell with AHL-Texas, where they won the 2014 Calder Cup together. “The one thing Jack always had is he always wanted to be a player,” Desjardins said. “He had a burning desire to be good. It didn’t happen for him right away. I think he got frustrated, so I think there were some things that he had to work through. But he’s changed now. He’s not the same player. He still has the desire to be great, but he’s a little more patient with himself, I think, and a little more comfortable with himself.”

Out of curiosity, what was it like coaching in a suburb of Austin, Texas, one of the great medium-sized cities in the United States?

“It was a great place. We had a good group of guys,” Desjardins said. “It was fun, because every day you came to the rink you came expecting to win. We had a good culture. It was a little different, but we had a good fan base, and I remember going out one day. I had my [Texas Stars] jacket on, and one of the guys said, ‘we’re you at the game tonight?’ A lot of fans didn’t [recognize me], and I go, ‘yeah, I was there.’ He goes, ‘yeah, it was a good game, we won!’ And I go, ‘yeah it was good.’ It was a good place to be.”

Because we didn’t expect Jonathan Quick to start all three games on this trip, and because he had a heavy workload in the opener on Tuesday, the tea leaves pointed towards Campbell getting the nod against his old mates. “His numbers are good numbers, he deserves to play, so it was a good spot to get him in,” Desjardins said.

–Today is the 25-year anniversary of the Northridge Earthquake, and somewhat serendipitously, the LA Kings are back in Dallas, where they had landed that morning after an early charter from Philadelphia.

Cell phones were a novelty and not in widespread use at that time, and obviously weren’t being carried around by the staff and broadcasters on a road trip. Because local phone lines were down, Nick Nickson wasn’t able to get in touch with his family, and, the day after the earthquake, had to rely on a network of his in-laws, radio board operators, Bob Borgen and Lee “Hacksaw” Hamilton to learn the news that his family, based in Santa Clarita, was fine – if still a bit shaken, no pun intended.

“If I remember correctly, we had played the night before in Phiadelphia and we stayed in Philadelphia, and the next morning we were going to fly here to Dallas, and I got a phone call maybe at 8:30, 9:00 from Bob Borgen – he used to produce the Kings games. And he said … ‘we’ve had an earthquake here,’ and I said, ‘OK.’ And I remember I couldn’t call home because the phone lines were down, and I got on the plane and a number of the players were going up into the cockpit – we were chartering back then, too – to use the plane’s communication system to make some calls, and I, of course, couldn’t do that.”

“We got to Dallas, and a couple of things stand out. We were on XTRA back then, The Mighty 690. When we were getting ready to go on the air the next night in Dallas, down the line, talking to the radio station, the board ops, Lee Hamilton, who was doing the talk show on XTRA then, got on the line with me and said that he had gotten a hold of my wife, and she said that everything was OK.”

“And then I found out when I called my in laws and my parents, after I heard from Lee, I let them know that everything was OK, they said that my neighbor had called them right after the earthquake that morning and said that Carolyn and the boys were all right. I found out from three sources … through our flagship radio station and through my in-laws and my neighbors, who had called my in-laws. I don’t think I talked to my wife until I got home from that road trip, which I think was three days after the earthquake actually happened.”

Those such as LAKI who lived in the San Fernando Valley or the Santa Clarita Valley or Simi Valley at the time recall the pure, unadulterated terror that struck Los Angeles at 4:31 a.m. on January 17, 1994. It was so bad that even after Nickson arrived back home, his entire family slept together in their living room, which had higher ceilings and made them feel more secure during the aftershocks that followed. 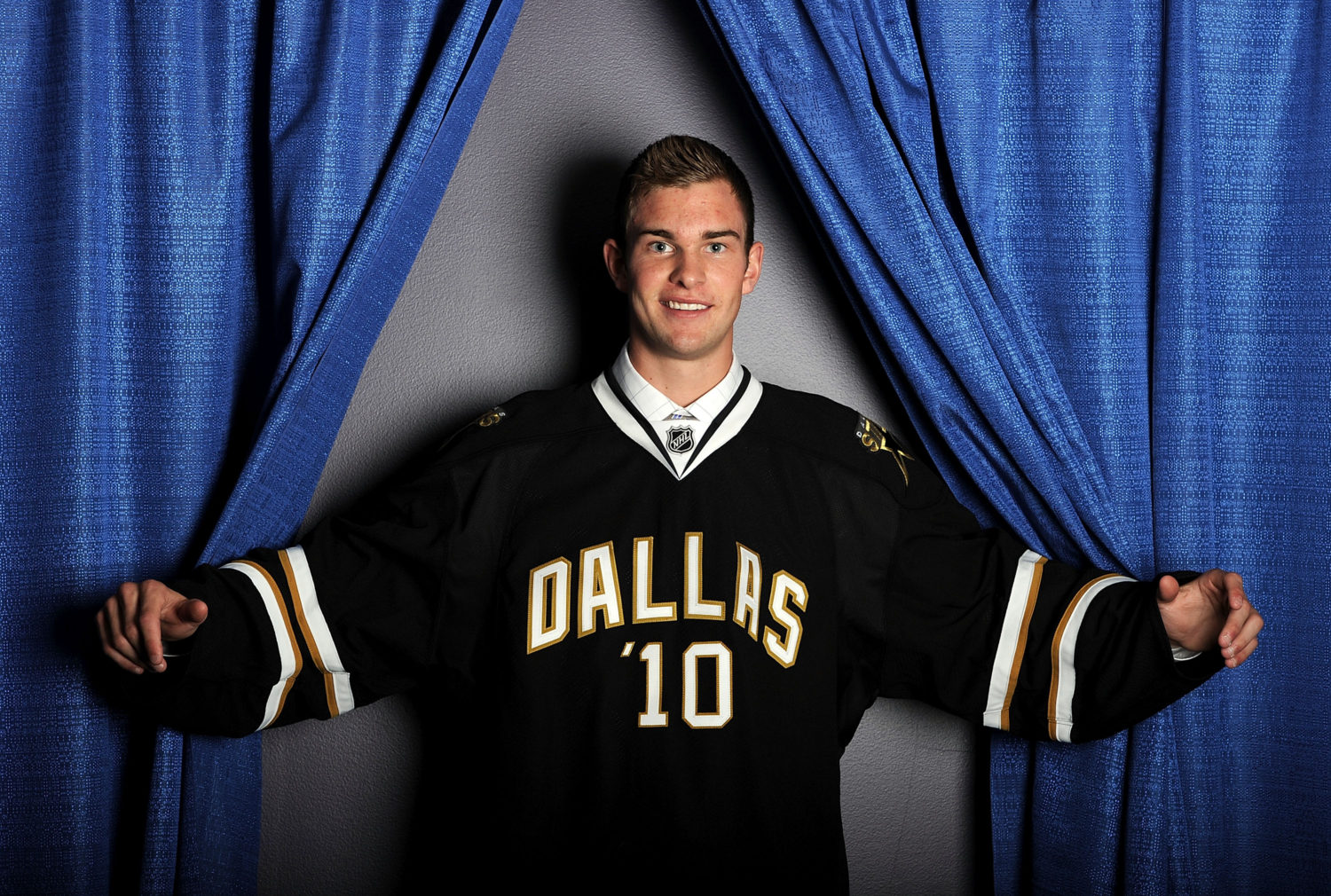