Waking up with the Kings: January 13 - LA Kings Insider

Waking up with the Kings: January 13

In the appropriate response from Thursday’s self-reflective seasonal low-point, the LA Kings cashed in on their chances, received a fortunate judgement or two and banked on quality individual performances from several parties looking to get their games in order in a 5-2 victory that provided good substance to go along with the Saturday night party atmosphere and spectacle. In doing so, Jonathan Quick pulled even alongside his childhood hero Mike Richter for fourth place in wins by an American goalie, a career milestone that will resonate long after his playing days are done. Jeff Carter has been a step off this season but after arriving on the scene a touch late on the Jake Guentzel shorthanded goal roared back to life with a one-goal, three-point performance in which his important first period equalizer allowed Los Angeles to find its game in the second. That’s when the game got away from Pittsburgh a little bit, even if that third goal was the result of an officials verdict deeming a shorthanded Alec Martinez chipped puck over the glass to not have exited the playing surface cleanly. Instead of facing ample five-on-three time against an elite power play converting on better than every one of three chances on the road, they were up two on after a tenacious Carter and Anze Kopitar two-on-one. But, bahh, controversy. Snoop! Star Wars! LA Rams! 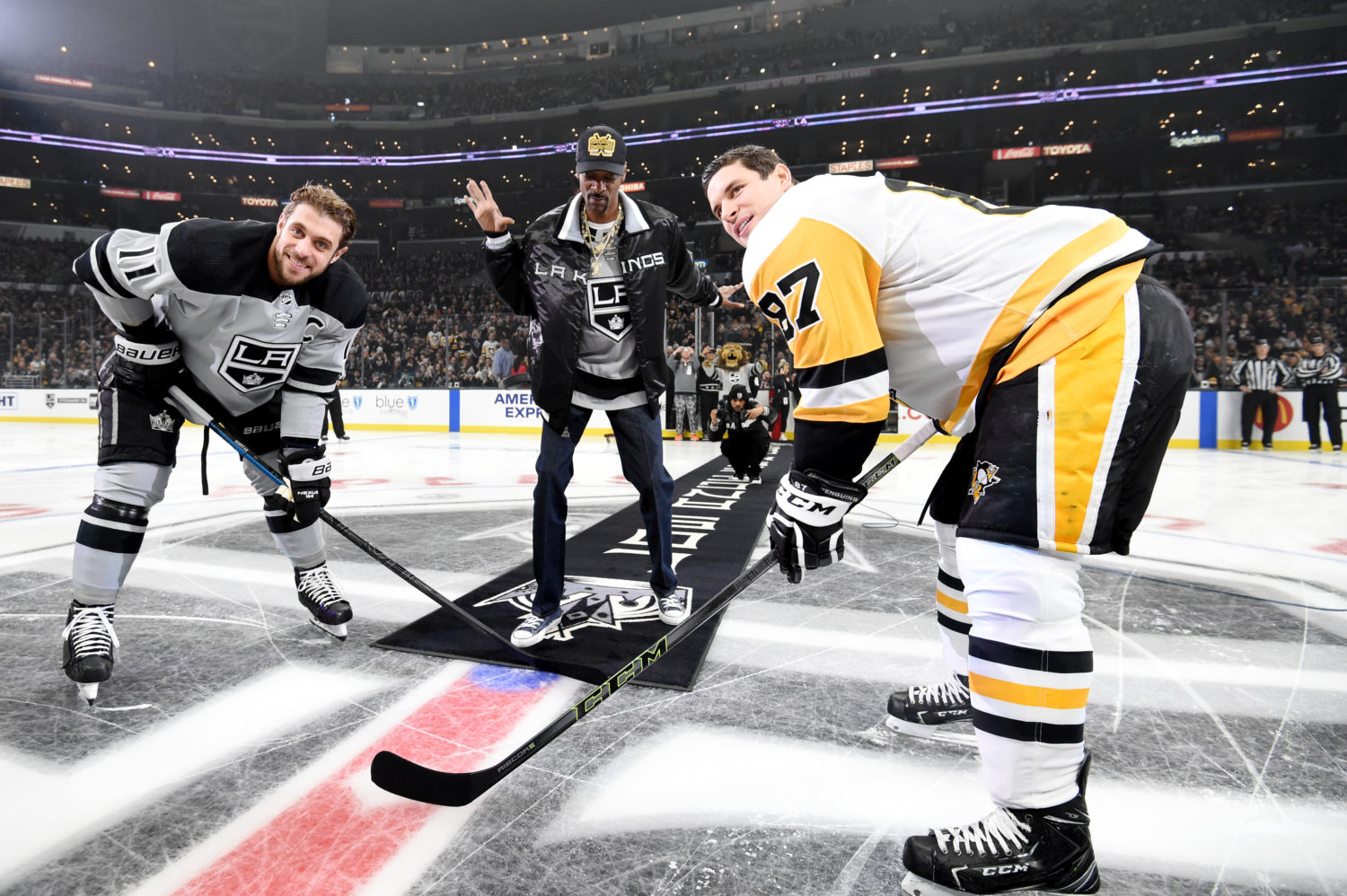 The LA Kings are really going to be digging in at assessing their upcoming personnel options for much of this month, and that’s going to mean making hard decisions on players who’ve played key roles on this team for the better part of this decade. This evaluation coincides with the best hockey Jake Muzzin has played in his career, and in denying a zone entry with a thunderous hit for the second straight game, continued to use his heavy defensive game to build confidence in so many other areas. He finished with two assists and a plus-three rating to go along with five blocked shots and two hits. Muzzin, who wasn’t on the ice for either Pittsburgh goal, now has three goals, 10 points and a plus-seven rating in 12 games against the team that selected him 141st overall in 2007. “I wasn’t good enough. That’s the God’s honest truth,” Muzzin told Jason Mackey of the Pittsburgh Post-Gazette of his Penguins days. He’s a complete NHL defenseman now, and based on what all of us are hearing, will command the largest haul of any realistic trade the Kings make. The defense as a whole has actually played pretty well over the last month, with Drew Doughty’s game rounding into its familiarly excellent form, Derek Forbort and Oscar Fantenberg’s steadied play and Muzzin’s season-long excellence. Alec Martinez’s hardened versatility has also been added back into the lineup, but, you know, there’s that elephant in the room: what will this group look like some six weeks from now? 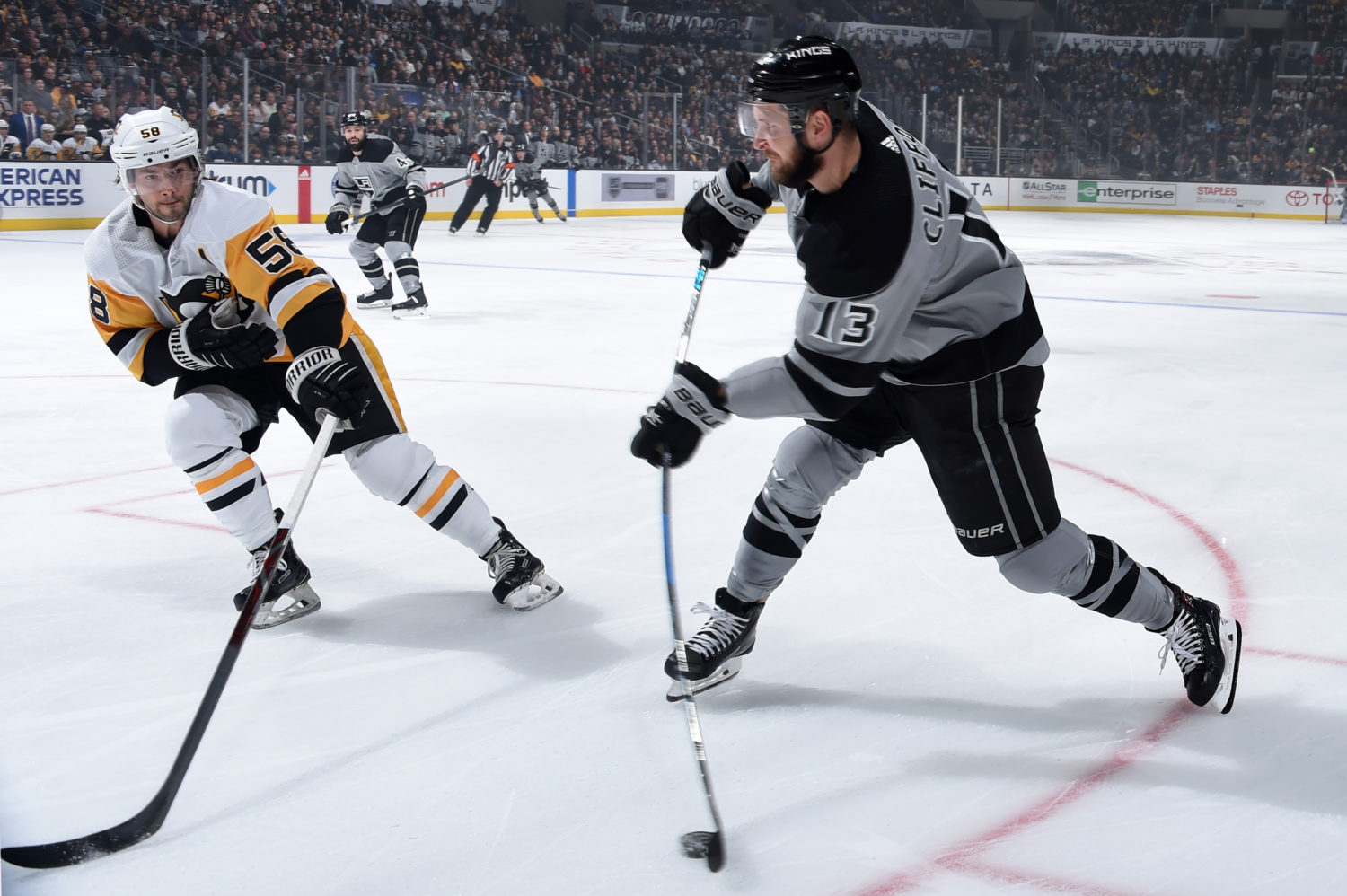 The gluffs came off! It’s good to see younger players like Matt Luff and Austin Wagner add some sizzle and juice and emerge as some intriguing pieces adding some needed speed and energy – and, in Luff’s case, perhaps some regular scoring, maybe? – around an older core. Luff spent five minutes in the box and didn’t see a ton of ice in the third during the Penguins’ push and finished with 7:44 of ice time but did appear to show the work ethic and drive necessary for his game to come out at this level. Willie Desjardins had noted that he wants to play both players but is having trouble finding players to substitute because he’s been fine with individual performances among the role players. “It’s always easy to move guys in your bottom line of the lineup out, but they’re not hurting us. They’re playing pretty well,” he said on Friday. “It makes you look at guys more higher up in the lineup. Hopefully those guys would play hard so they’re not guys you’d have to take out.” Until the trade deadline, there will be younger players moving in and out of the lineup, and potentially even up and down from Ontario. After the deadline, these young players – Luff, Wagner, Sean Walker, Paul LaDue, Michael Amadio, hey, maybe Matt Roy and Kale Clague – will step forward into the Land of Opportunity and really learn about themselves at this level, through good and through bad, with more regular NHL shifts. 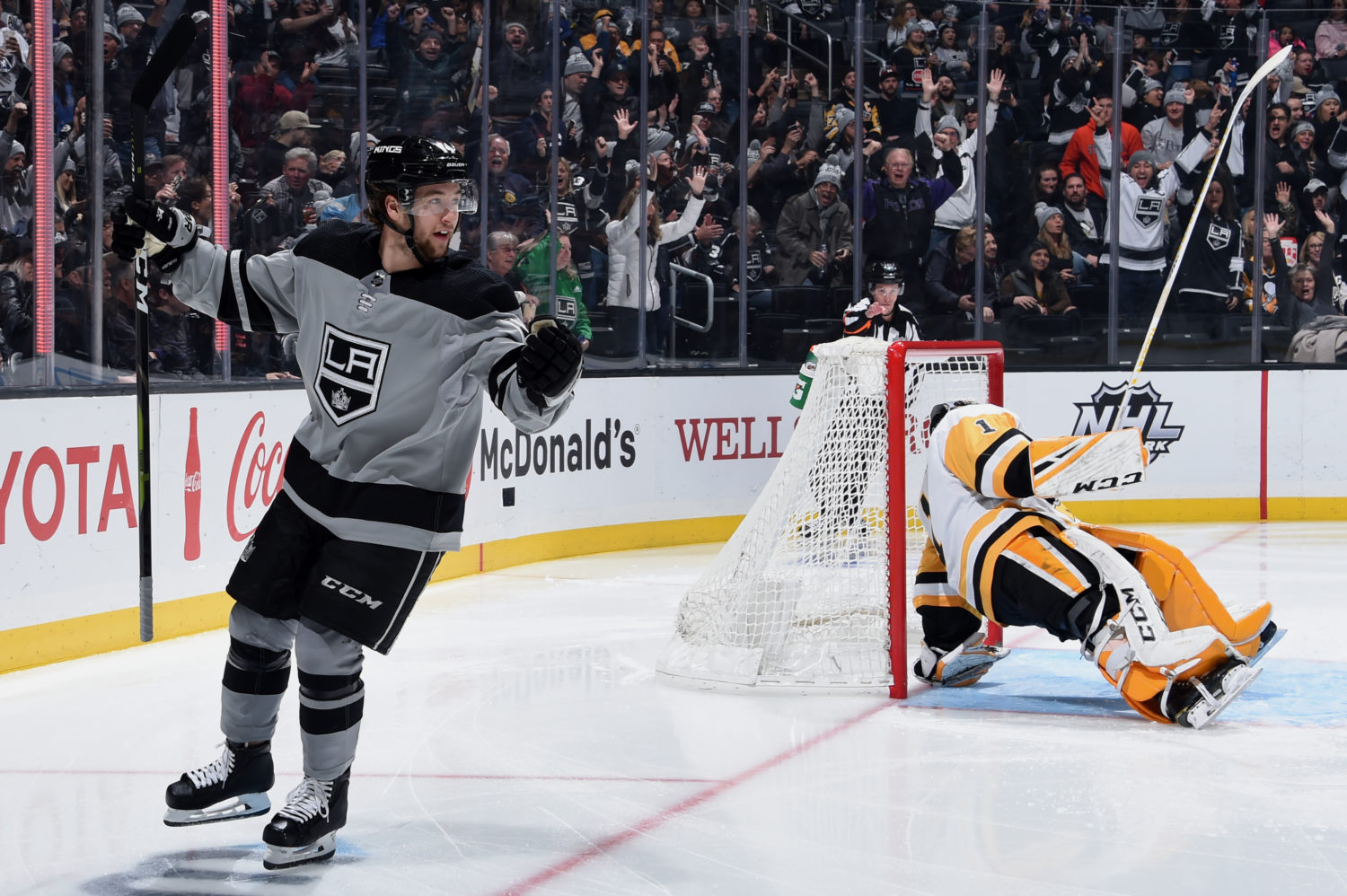