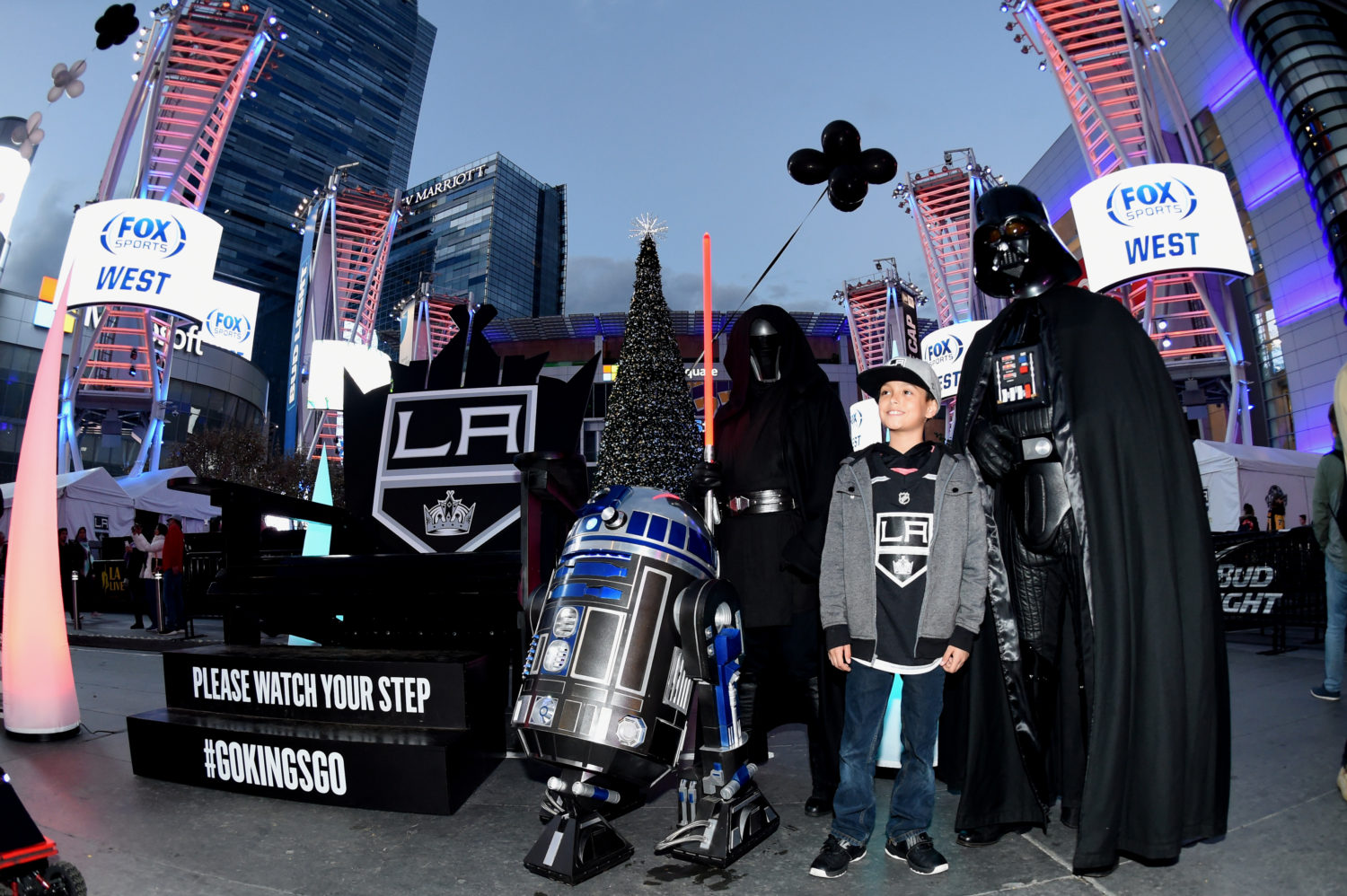 Willie Desjardins, on where this win ranks amidst the team’s recent play
Well, it was a good win. We had two good periods, for sure. That’s a good team. I guess tonight, it’s the best one. We’ve been in a little bit of a slide, so to come in and get a win against a good team is always nice.

Desjardins, on no call when Alec Martinez lifted a puck out of play and was followed by Anze Kopitar’s goal, and whether he communicated with the officials after a delay of game was not assessed:
No, I never talk to the refs, there was nothing for me to say. I didn’t see that on the ice, I didn’t get a look at it. But we’ve had a lot of things go against us. The goal was close, the off-side they challenged. We got the power play out of that one. We got a few breaks, but they got some momentum in the third because we took some penalties.

Desjardins, on the raised energy and offensive pressure:
Well, I think they were pretty disappointed with their last game. That was the starting point. I think the second thing is they knew they had a really good opposition coming in. If we weren’t ready, we wouldn’t have liked the results. Both of those things made us ready for the start of the game. I thought we had a good start, i thought it carried into the second, but it was big because they got the early shorthanded one. We talked about keeping the momentum when we get scored on, because last game they got three probably in about eight minutes, and it seems like when we get scored on, we fall a little bit. The guys stayed with it, and then for us to get a shorthanded one back was huge.

Desjardins, on moving past the early shorthanded goal against:
I think it’s probably a little experience knowing they needed to move and keep going, and I think we were just playing well. We were playing better, and as a result, when it went in it didn’t affect us as much. We just kept going with it.

Anze Kopitar, on what contributed to tonight’s win:
Just playing the right way really. Sticking to the system, you know, making sure they don’t get too many chances off our mistakes and I thought we did that. We managed the puck pretty well today and they didn’t get too much. On the other side of things, we scored five goals so that’s very encouraging.

Kopitar, on what he liked from the penalty kill:
We were moving pretty well. I mean, pressuring the puck, not giving too much time, so you know, but that’s what we’re trying to do all the time. So some games are obviously better than others and it was pretty good tonight.

Kopitar, on what a win like this does for the room:
You lose, and last game was embarrassing and the effort wasn’t there, so coming here tonight we just wanted to throw in the effort obviously and the desperation level needed to win the game and we did a good job.

Kopitar, on Carter’s performance:
Carts was really good. He skated really well right off the start. It was really nice to see obviously getting him on the scoresheet with goals and assists so it’s always nice when you get scoring throughout the lineup when it’s not just Jeff, me, Brownie. It’s nice to see some other guys get on the scoresheet.

Kopitar, on Jonathan Quick tying Mike Richter for most wins for an American-born goaltender:
Being back there for us, it’s very comforting because he always gives us a chance and that’s what you want from your goaltender. And to see him get up there in his individual columns, if you will, it’s not surprising. You know, he’s obviously a great goaltender and I’m sure he’s going to keep on climbing.

Jonathan Quick, on how he felt in tonight’s game:
Yeah, just another game.

Quick, on what tonight’s milestone means to him personally:
Well, obviously to get here it means I’ve been lucky enough to play with some really good players and on some really good hockey teams. And yeah, it means a lot. It’s special, but you know, I’ve always said it — a goalie is really dependent on their teammates. You know, we get a lot of credit sometimes when it’s the guys working in front of us, so yeah. But at the end of the day it is special.

Quick, on whether the statistic “wins” resonates for him:
Yeah. Well, I mean obviously in a day you want to play the game to compete and play games. In order to get the opportunity to play games, you’ve got to win games, so in a day that’s what it’s all about, winning hockey games. We were lucky to get one tonight and we move forward.

Quick, on where he keeps ceremonial pucks and other milestone mementos:
I got a kind of one of those big Tupperware boxes in the attic, you know, and just kind of hang on to ‘em I guess. Yeah, no it’s definitely a special win.

Quick, on whether tonight was one of the team’s best performances of the season:
No I wouldn’t say that. We were able to find a way to win a hockey game. That’s what it’s about.

Jeff Carter, on the team rebounding after getting scored on shorthanded:
… You give up a shorthanded goal, which is tough, but I thought, like right after, I thought everybody just kind of forgot about it, if you will. But we just went to work and we get scored on because we were kind of sitting back, but we just went back to work. We did a lot of good things. They’re a high-skill team and they’re going to make plays and most likely get a couple goals on you, but we made it hard on them for the most part and ended up with the win.

Carter, on what this win does for the morale of the team:
Hopefully it got it going. I mean, two totally different efforts I feel like. We did what we needed to do tonight and we played hard, had some big saves from Quickie, and made it hard on their top guys. They got a couple goals, but the good players are going to score in this league, so I thought we did a good job making it hard on them.

Carter, on meeting Snoop Dogg:
I’ve met him before. [Reporter: When did you first meet him?] At the All-Star game.

Carter, on whether Snoop Dogg brought the team good mojo:
It looked like it.

–Alex Iafallo scored his 10th goal of the season, surpassing his career-high established in 2017-18.

–Jeff Carter recorded his second three-point game of the season. Other Kings with three-point games include Dustin Brown (two), Ilya Kovalchuk (two) and Anze Kopitar. No L.A. skater has recorded a four-point night this season.

–With a minus-three rating, Phil Kessel is now a minus-13 in 17 career games against Los Angeles with five goals and nine points.

Sunday, January 13 is an off-day for the team. The Kings practice next at Toyota Sports Center at 9:30 a.m. on Monday, January 14 before flying to Minnesota.