Waking up with the Kings: January 8 - LA Kings Insider

Waking up with the Kings: January 8

A 2-1 Kings-Sharks game in the third period, you say? Just as Saturday’s Edmonton game at Staples Center was the latest carbon copy of a franchised script, so was Los Angeles’ 3-1 loss in San Jose on Monday night, a typically low-scoring game between the familiar rivals and one in which the visitors could’ve forged a better result by managing their chances a little better. There were two three-on-two rushes in an excellent first 10 minutes that the Kings did not generate shots on, as well as a seeming deference to offer one pass too many at an important juncture or two. Things do look easier from upstairs. But on the other end, the Sharks took advantage of key moments to generate significant momentum swings that the Kings, like all Silicon Valley opponents since 1993, found difficult to stem. Also representative of the series and tendencies is San Jose’s excellent work this decade to stay out of the penalty box. Since 2010-11 they’ve ranked fourth in the league with 3.05 minor penalties per game, and on Monday night they weren’t whistled for any infractions, a strong execution of a game plan against a team that ranks last in the league with 2.23 goals per game. Could a penalty have been called on San Jose? I don’t know; Dion Phaneuf wasn’t whistled for his engagements, so I’m not sure Barclay Goodrow’s going to draw a whistle for an inadvertent high stick after he’d been shoved to the ice. Maybe there was an iffy line change against the Sharks as well, but really, this was an honest, uncontroversial win. If a bot was able to write a play-by-play account of January 7, 2019 Kings-Sharks, this was the most probable outcome. 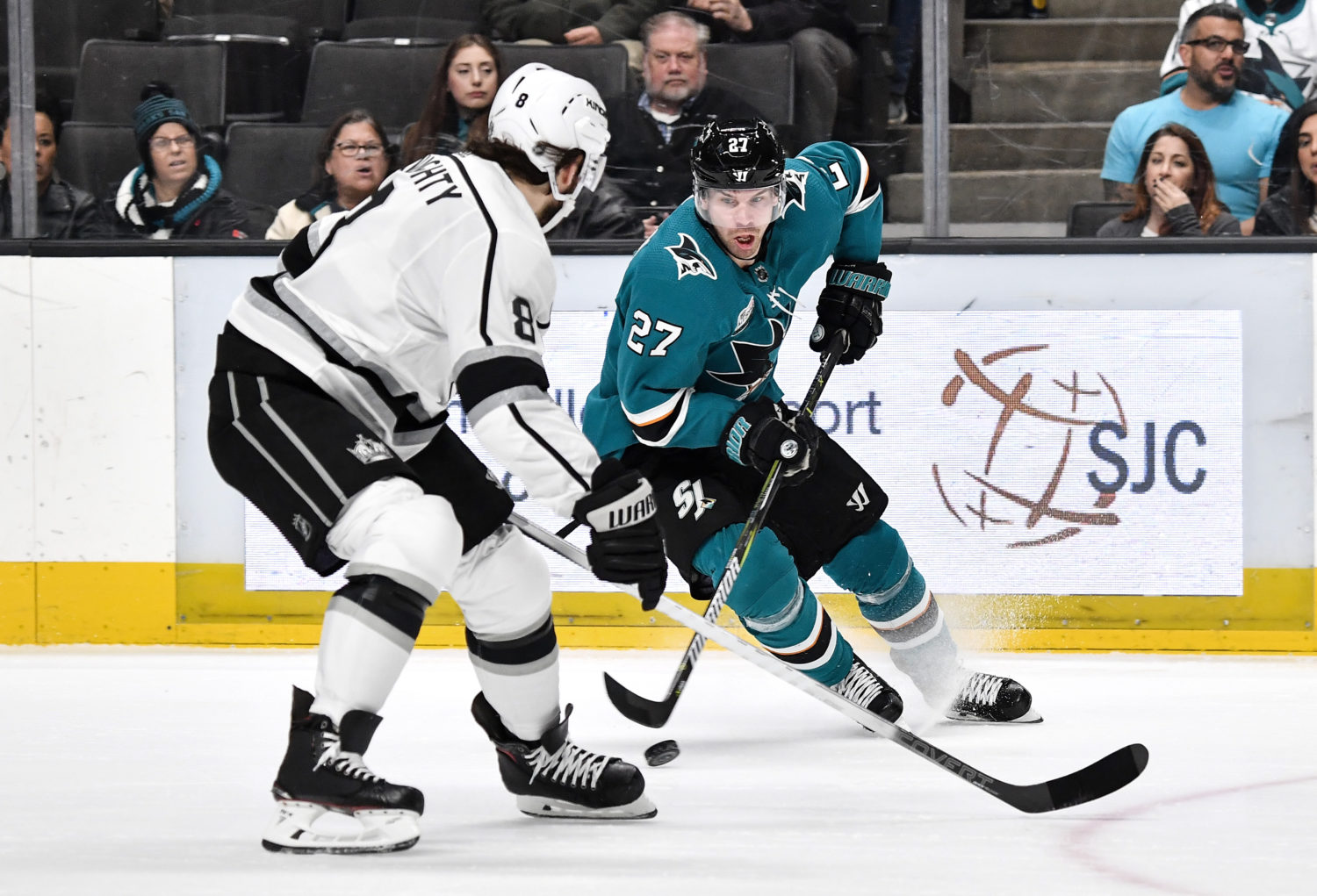 And that’s not to say the Kings have been playing poorly. Their game, despite some rough efforts against Vegas and Tampa Bay, and even in some recent wins, has overall been on an upward trajectory. Monday’s performance was a fiercely resistant effort in a rival’s building. They’ve won six of 10 but remain in the cellar as both Chicago and St. Louis have picked up wins as late, while Eastern teams Detroit, Philadelphia and Ottawa have hit the skids. It is still worth it in the long run to earn the greatest likelihood of selecting first or second overall, but it’s also equally important to continue to mold and develop young players that can then contribute meaningful minutes once the team is ready to put its best foot forward competitively once again. Recent returns from those younger players has been encouraging but mixed. Matt Luff sat for the second consecutive game as he’s been pressed back into his end and has dealt with defensive zone turnovers despite his offensive production; this happens with young players. Nights in which Austin Wagner reaches 10 minutes have been infrequent, but he’s shown a good willingness to forecheck and make hits in addition to his elite speed. Sean Walker is earning big minutes and, like the others, has shown both an aptitude with the puck and indications that there’s still more work to do without it. These players will ultimately earn more minutes as their roles expand after the trade deadline. It’s understandable that it would be best to avoid putting these players into situations in which they’re not made to succeed – and there were a few of them on the road against a deep and balanced San Jose attack – but we’re about at that point where perhaps some of the reins may be loosened a little bit. Maybe Wagner, who scored 21 shorthanded goals in 282 WHL games, could earn the right to wedge his way into some depth penalty killing detail. It’s also important, too, to build a culture in which players earn the right to expand their roles and aren’t just laid out a welcome mat simply because they’re young and seemingly next in line. There’s a balance there, along with a third dimension in which winning, the ultimate arbiter of success, is also important towards building confidence and facilitating development. 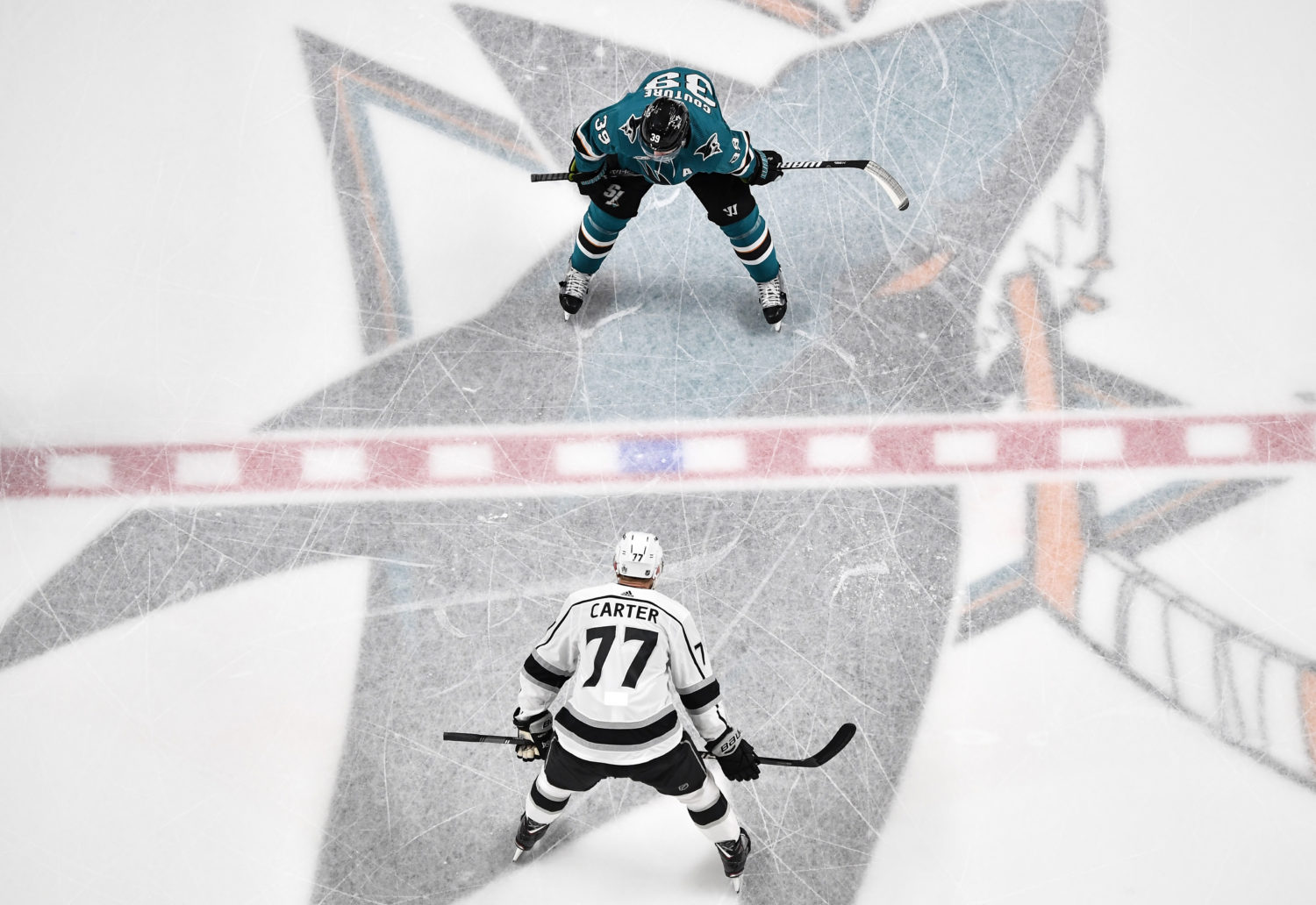