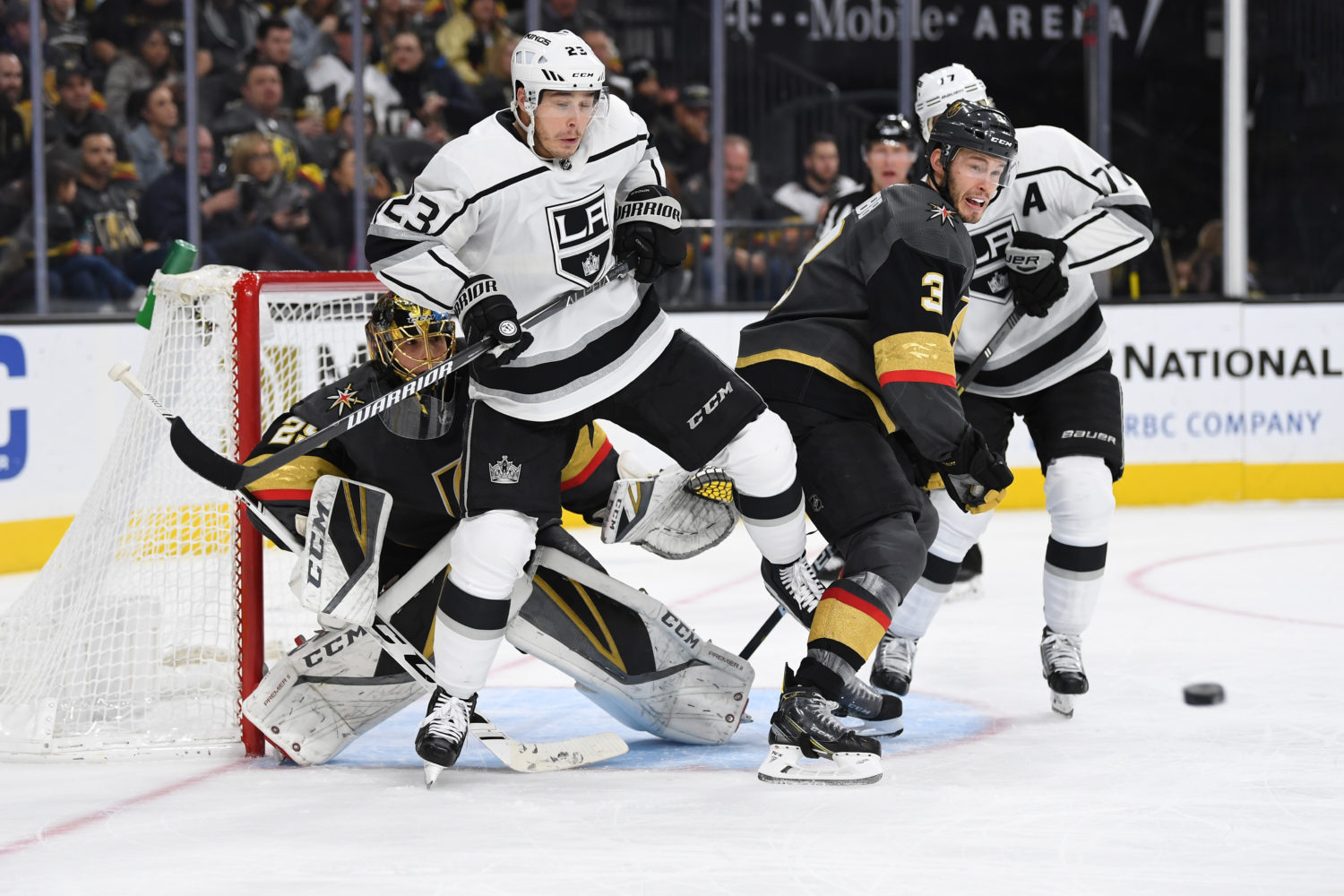 Willie Desjardins, on Jack Campbell’s return to the lineup:
Obviously he had a good night. I think a tough situation coming in, was going to be a tough game. He does a lot of things good, not only saving the puck, he handles the puck well too. I thought he was really solid for us back there, but I expect him to play well. I have a lot of confidence in him.

Desjardins, on whether fatigue was specifically a factor in the second period:
I think it showed right from the start. I thought we had a pretty good first period. I thought we hung in there in the first, but our first shifts in the first two, three minutes of the second period, we just didn’t have legs coming out there and you know, they’re a good team. They play smart, they put it behind your D, they make your D turn and you’ve got to give them credit for the way they play, but we just didn’t have the legs.

Desjardins, on whether he saw that Ryan Reaves played the puck with a broken stick on the Vegas goal:
Yeah, I couldn’t, but I think there was comments that he might have played it that way, but that wasn’t the call, so that’s how it goes.

Desjardins, on how much more important the special teams battle is when the legs aren’t there:
Well, special teams battle wouldn’t have even been a factor if it wasn’t for Jack. Like, we weren’t close enough even. But if we would’ve won that battle, we would’ve won the game with that performance, but that’s part of it. Some nights you’re not there and your goalies bail you out and Jack played great tonight and we just couldn’t capitalize.

Jake Muzzin, on Campbell’s performance:
Unreal, unreal. Gave us a chance to be in that game, played his heart out, played aggressive. We’ve got to be better for him.

Muzzin, on the challenge of amping up the energy for the second game of a back-to-back:
I mean, back-to-backs, everybody’s got to do them, so we need more from everyone. I don’t think we worked hard enough tonight to give ourselves a chance to win. Obviously didn’t generate much. Power play was slow. It was just a tough game. You know, they did a good job of clogging us through the neutral zone. Tough to get any forecheck momentum or O-zone play. We’ve got to execute better through our neutral zone to give us a better opportunity, but Soup was unreal tonight, so it was good.

Muzzin, on the added importance of special teams battles when the team is tired:
That’s when you really want your power play to pot one or maybe two and you want to win that battle. You know, they got one and we didn’t get any, so there’s the game.

Jack Campbell, on how amped up he was to be back in the lineup:
I just missed it. I missed the guys a lot and I missed being out there, so it was nice to be back last night and get out on the bench and watch the boys get a huge win and kind of got me ready to go today. You know, just wanted to get two points, so it’s good to be back, but winning is the most important thing.

Campbell, on whether he felt dialed in from the start or if it took time to settle in:
I felt kind of brutal actually from the first period. I was kind of like, excited-nervous, like in a good way, but I haven’t felt that excited in awhile. So it took me 20 minutes to kind of get settled in. Felt like I found my game after that, but just needed one more save.

Campbell, on if the heavy workload helps him stay engaged when he’s feeling “excited-nervous”:
That’s a good point. I think it helps a lot. It’s tough you know, trying to get the conditioning back, but the only way to do it really is get out there. I thought the guys played hard and starting to feel better each day, so going to try to keep getting better so we win some more games.

Campbell, on the atmosphere in the building:
I think it’s just a great building. I mean, the fans are amazing, they have a really good team over there. You’ve got to be ready and on your A-game to play well against those guys. I mean, credit to them, they always play well and the fans always show up, so fun building to play in. More fun to win here, so next time hopefully.

–With the loss, Los Angeles fell to 4-3-1 all-time against Vegas, a record that includes a home mark of 2-2-0. These teams have one game remaining: April 6 at Staples Center.

– Goaltender Jack Campbell made an NHL career-high 46 saves in defeat. The 47 shots he faced tied an NHL career high from his NHL debut against Anaheim on October 20, 2013, when he was a member of the Dallas Stars.

The Kings will travel back to Los Angeles this evening. Practice tomorrow is currently scheduled for 11 AM at Toyota Sports Center, but the Kings are not expected to skate as a full group.