By Zach Dooley For LAKingsInsider.comDecember 16, 20180 CommentsUncategorized
via Ontario Reign

The Ontario Reign dropped their fourth straight contest on Sunday afternoon with a 5-2 defeat against the San Jose Barracuda. Defenseman Kale Clague and forward Matt Moulson scored in defeat, while Peter Budaj made 33 saves in net.

The Barracuda collected the only goals of the first period, scoring twice in less than five minutes to take a 2-0 lead into the first intermission. First, defenseman Nicholas DeSimone walked in from the left point, moved to his backhand and beat Budaj through the five hole for his fifth goal of the season. With exactly seven minutes to play in the opening period, Jonathon Martin collected his second goal of the season for the two-goal advantage.

San Jose struck again just 3:25 into the second period as Alexander True tallied his ninth goal of the season. Jacob Middleton, stationed in the left-hand corner, fed True streaking through the slot, where he fired past Budah as he was falling to the ice for his team’s third goal of the evening.

Ontario got one back just shy of five minutes to play in the second frame as Clague scored his second goal of the season. The rookie defenseman drove to the net and whacked his own rebound past San Jose netminder Josef Korenar. Forwards Mikey Eyssimont and Sheldon Rempal collected the assists on the play for the hosts.

Veteran forward Matt Moulson brought Ontario back to within a goal with just 18 seconds remaining in the second period, with his second goal in as many nights. After defenseman Alex Lintuniemi crashed in on the forecheck, forward Philippe Maillet fed Moulson in the low slot, where he fired past Korenar for his eighth goal of the season.

It took the visitors just 62 seconds into the third period to re-gain their two-goal lead, however, as Dylan Gambrell knocked a puck out of mid-air and past Budaj for his sixth goal of the season. San Jose added a fifth just shy of the halfway mark of the third period as their leading scorer, Francis Perron, tallied his 11th goal of the season, with True collecting the lone assist, his fourth point of the game.

The Reign will be back at it later this week, beginning with practice on Tuesday, before a home-and-home set this weekend against San Diego.

Mike Stothers on the team’s response after last night’s performance
We worked hard in stretches today, but we had to because we spent so much time in our end, it’s like watching a dog chase its tail. You just keep spinning around and spinning around and the dog falls over or the puck crosses goal line, one or the other. If you’re wondering about energy, you expel a lot of energy chasing your own damn tail.

On Kale Clague’s performance tonight and in recent stretches
I thought he’s been really good. He’s really starting to show the skating ability and making some plays. His skating allows him to do a lot of things for us both defending and contributing offensively, so it’s nice to see. He’s now looking more like the player we were told about coming out of junior. I was somewhat familiar with him from my days back in Moose Jaw and he was in Brandon, but yeah, he looks like a player that’s growing and maturing.

On players needing to step up and fill roles with others up in the NHL
That’s what they’re supposed to do, right? It’s no different than when guys go up with the Kings and some of the Kings players get hurt, some guys get more minutes, they get in situations that they’ve been waiting for, pleading for, telling everybody that they can do, so you’ve got to make the most of it. You’ve got to rise to the occasion and take charge of that opportunity and now we’re the team that has players missing. Some other guys are trying to fill in and it’s going to take some time because now they’ve got to get that experience and it’s not easy. There’s a lot of guys that are really well slotted in say the amount of minutes that they play and then when there’s more of a workload, they can maybe do it for a game or two, but they can’t do it consistently. You see it all the time. Guys are really good as a 5 or 6 d-man but he’s not really a good 2, 3, they can’t handle it. It’s nothing against them, they’re just not capable of that. They can do it for the short term, but unfortunately that’s the nature of the business here. You fill in and you give them the opportunity and you hope that they get at least somewhat better and, overall, you’re asking a guy after a tough loss and you still see signs of improvement from everybody, so that’s good.

Kale Clague on his play this weekend and his contributions to the team
Coming into this weekend, you see guys like Bricks and Walks get called up, obviously there’s lots of room for opportunity for guys like myself and other defensemen on the team to step up. I got excited about the weekend, I wanted to come out of the weekend better than I came in. Obviously we didn’t get the outcomes we wanted in either game, but from a personal standpoint, I played hard and I did as much as I could to help the team win and I know we’ll be ready to go next weekend.

On replacing some of Sean Walker’s minutes at even strength and on the PP
It’s nice to get out there with the top unit and get more minutes that way. As long as those guys are up there, whatever the coaches ask of me, I’m excited to have that opportunity and play more minutes.

On the adjustments he’s made to his game and working with the development staff
Obviously OD works with us D, we’ve been working on a lot of retrievals and a lot of deception coming up the ice. I think my retrievals weren’t as good as they needed to be at the start of the year, I think that’s an area that I’ve improved a lot on and I’m going to continue to keep working at that. I’m excited with where my game’s going. 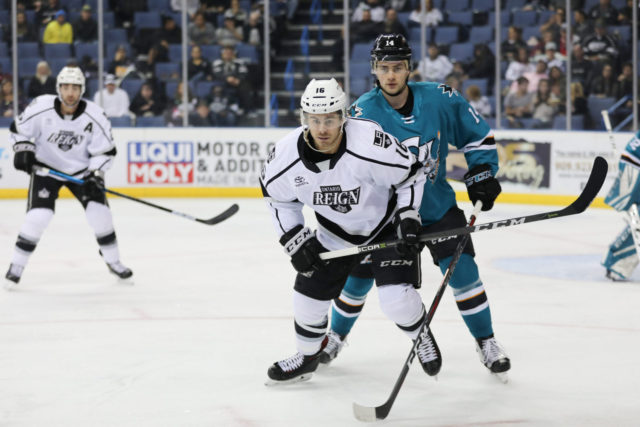 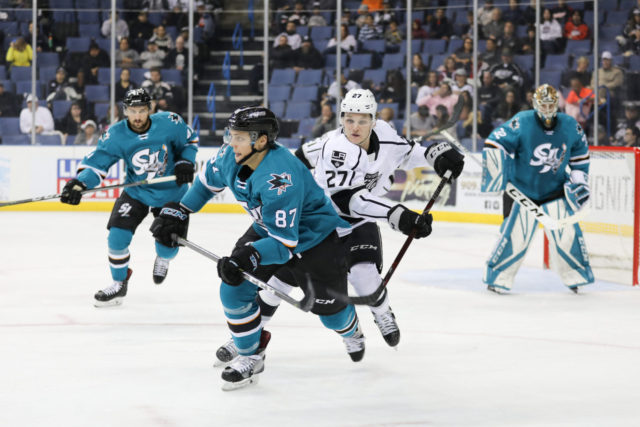 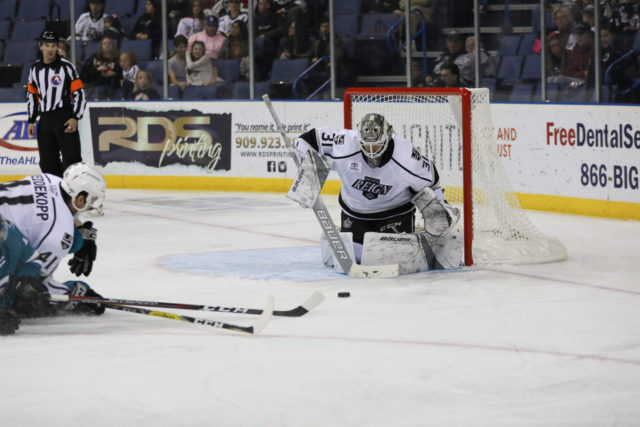