Waking Up With The Kings: December 14 - LA Kings Insider

Waking Up With The Kings: December 14

Thursday’s 4-1 loss in Columbus marked a step backward after a couple of stronger efforts to begin this road trip for the Kings. In the words of their Head Coach, the Kings needed to be better, but for a while, the Kings hung around, finding themselves sitting in a 2-1 game late in the second period and on the power play. At one end of the ice, Adrian Kempe threaded the needle to Tyler Toffoli, who beat Bobrovsky on the glove side but saw his shot ring off the post. And then, at the other end, the Blue Jackets scored two goals in 20 seconds, one of which came on the man advantage. Just like that, it felt that the game was over. 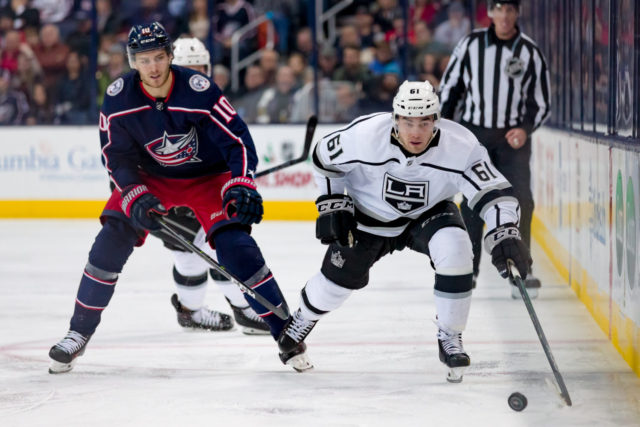 COLUMBUS, OH – DECEMBER 13: Los Angeles Kings defenseman Sean Walker (61) sprints with the puck in a game between the Columbus Blue Jackets and the Los Angeles Kings on December 13, 2018 at Nationwide Arena in Columbus, OH. (Photo by Adam Lacy/Icon Sportswire via Getty Images)

Special teams continues to be an Achilles heel for this team. For the seventh time in eight games, the Kings were unable to score a power-play goal, and that one goal was scored by the second power-play unit, while they conceded their seventh power-play goal in their last nine games. Alternate captain Jeff Carter addressed the situation rather bluntly – “We’ve lost special teams battle way too much this year and it’s a huge, huge part of where we are.”

Even before the score read three goals down, the game felt larger than a 2-1 deficit. As Carter, again, put directly, “It was 2-1 game, but we didn’t bring it. We have to be a lot better if we want to win games in this league and that’s the bottom line.” For the second straight game, the Kings conceded 40+ shots and it felt that were it not for Jonathan Quick playing pretty well, and a couple of shots hitting iron, that the gap could have been larger. Outside of the fourth goal, which is one Quick might want back, the other three can’t be placed on him and Willie Desjardins said after the game that “Quickie was great in net, made a number or great saves for us and gave us a chance to stay in it.” 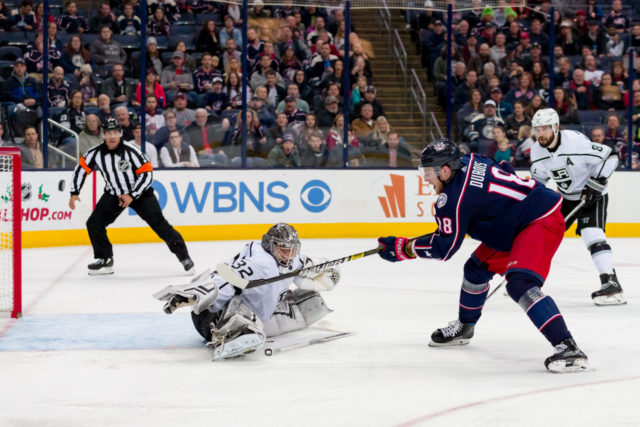 So here the Kings sit, 0-2-1 on their current road trip. The team’s leaders are saying the right things – Carter put the onus on himself and the other leaders in the room, while Anze Kopitar wouldn’t accept excuses for why last night’s performance wasn’t good enough. “At the end of the day, you’ve just got to get it done,” he said after the game. What exactly the team can change to get it done, however, appears to be the million-dollar question.

Los Angeles concludes its four-game trip tomorrow evening in Pittsburgh for the first of two meetings this season against the Penguins. Pittsburgh will be on the back-end of a back-to-back set after hosting Boston tonight at home. After a slow start to the season, the Penguins have collected points in nine of their last 12 games and now sit tied for the final playoff spot in the Metropolitan Division, though they have just eight more points than the Kings.

The Kings are on the ice at 1 PM local time today at PPG Paints Arena for what should be their first full-team skate of the trip. More to come later in the day.