Waking up with the Kings: December 7 - LA Kings Insider

There wasn’t going to be any profound understanding gained from a meeting between the 27th and 31st place teams in the NHL, but those who attended Thursday’s game probably entered Staples Center thinking there would be at the least decent chance for victory against a team that entered the night with fewer wins than the home team and losers of six straight. They left disappointed, particularly so as the same issues such as special teams impotence continued unabated before the familiar post-game references to “emotion” and “competing” bored readers and listeners to tears to a much greater degree than the surprisingly un-Devils/Kings-like wide open play did. But, to say that there is any life in this team is an insult to the living. Drew Doughty spoke passionately again, answering similar questions to those that had been asked the game before, and the game before, and so on and so forth. He’s also a player that will dive to spectacularly deny cross-ice passes on two-on-ones, but with an opportunity to perhaps knock down Blake Coleman’s empty net attempt with the game already decided, chose not to lay out. I’m not sure if he really had an opportunity on that puck; we’ll never know, because he didn’t try. 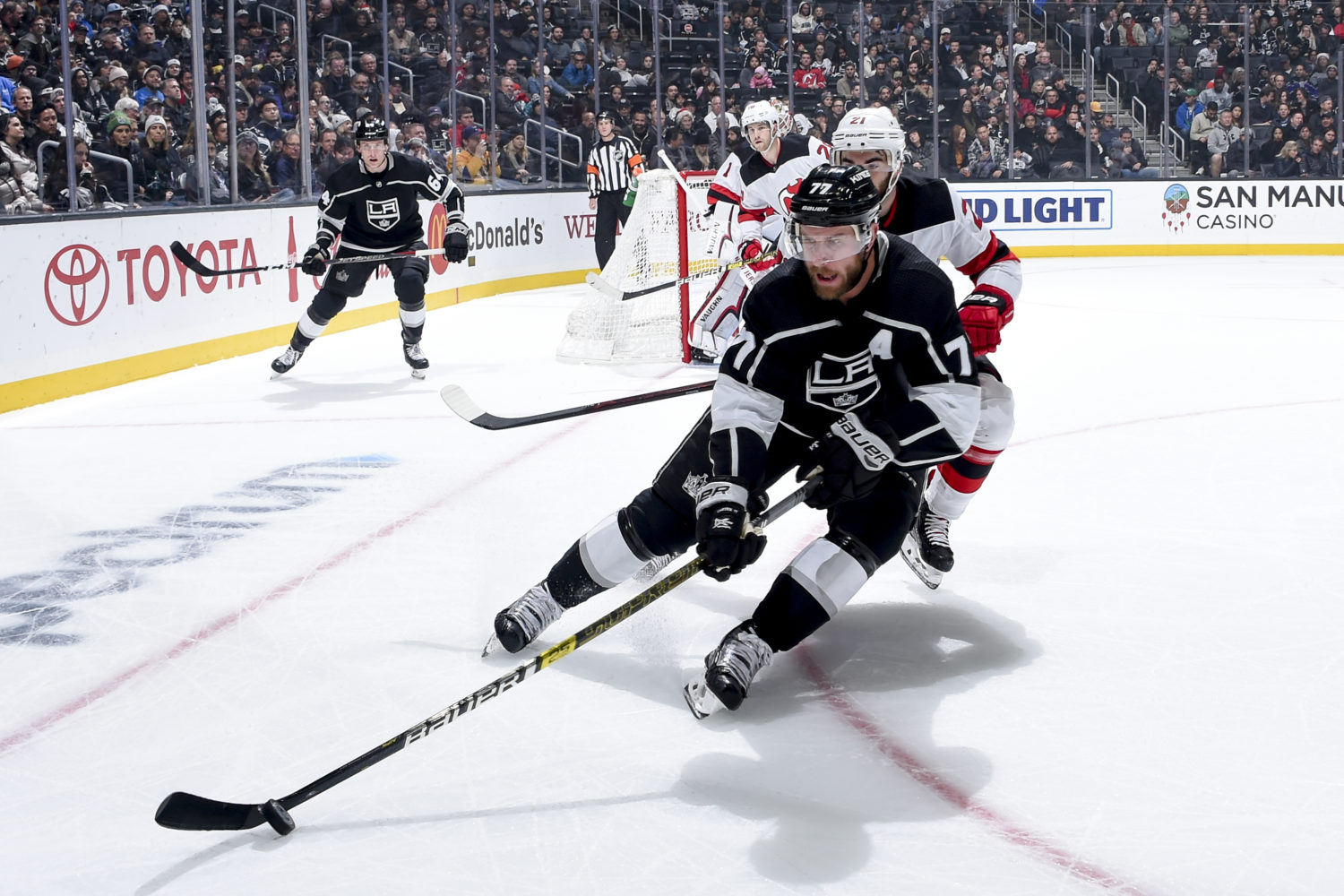 No one should buy the theory that this team is too talented to be in the place that they are. This is a 31st place team. Sure, they should probably be several standings slots higher, but this is a lineup without any consistent scoring and without much identity, never mind the convoy of injuries. Apart from several younger players recalled and affixed to the lineup, they’ve largely aged and plateaued while trends clearly depict a league getting younger and faster. One Anze Kopitar and one Drew Doughty does not make a contending team, even if they’d both played the first 29 games of the season at last year’s pace. This is the eighth season I’ve covered the Kings, and a second line of Brendan Leipsic with post-injury Jeff Carter and rookie Matt Luff is Los Angeles’ worst second line I’ve seen since joining the beat – and that even takes into account the chances Leipsic has been involved in (and finished off) over his first two games. We’re at the stage of competitiveness where there is disappointment that one of two players claimed on consecutive days off waivers does not have visa clearance yet, so please hold off on “this team is too talented for this.” The standings are accurate, give or take a few slots. 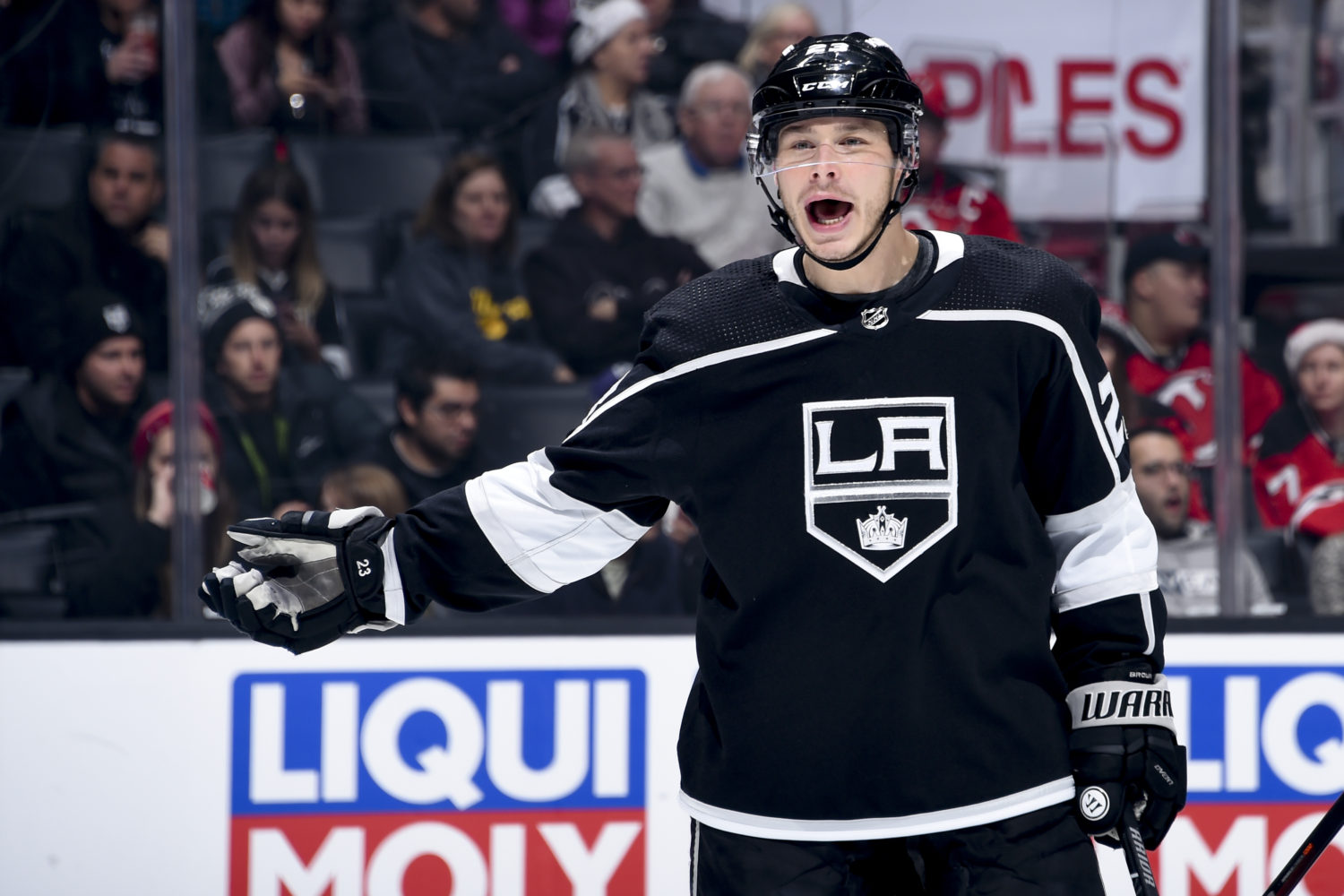 Change comes to 31st-place teams. Tanner Pearson has been removed from the room. Because there are no indications that this team has the talent, direction or fortitude to pull out of this spiral, there will be additional familiar, appreciated players who will also be jettisoned. There have been calls for a rebuild; you’re standing on the precipice of one. No-movement clauses make this more challenging and will keep the most expensive players on the roster affianced to Los Angeles, but those without protection or on expiring UFA contracts will and have had their names brandied. Slow train comin’. Reform, Lamar, reform. 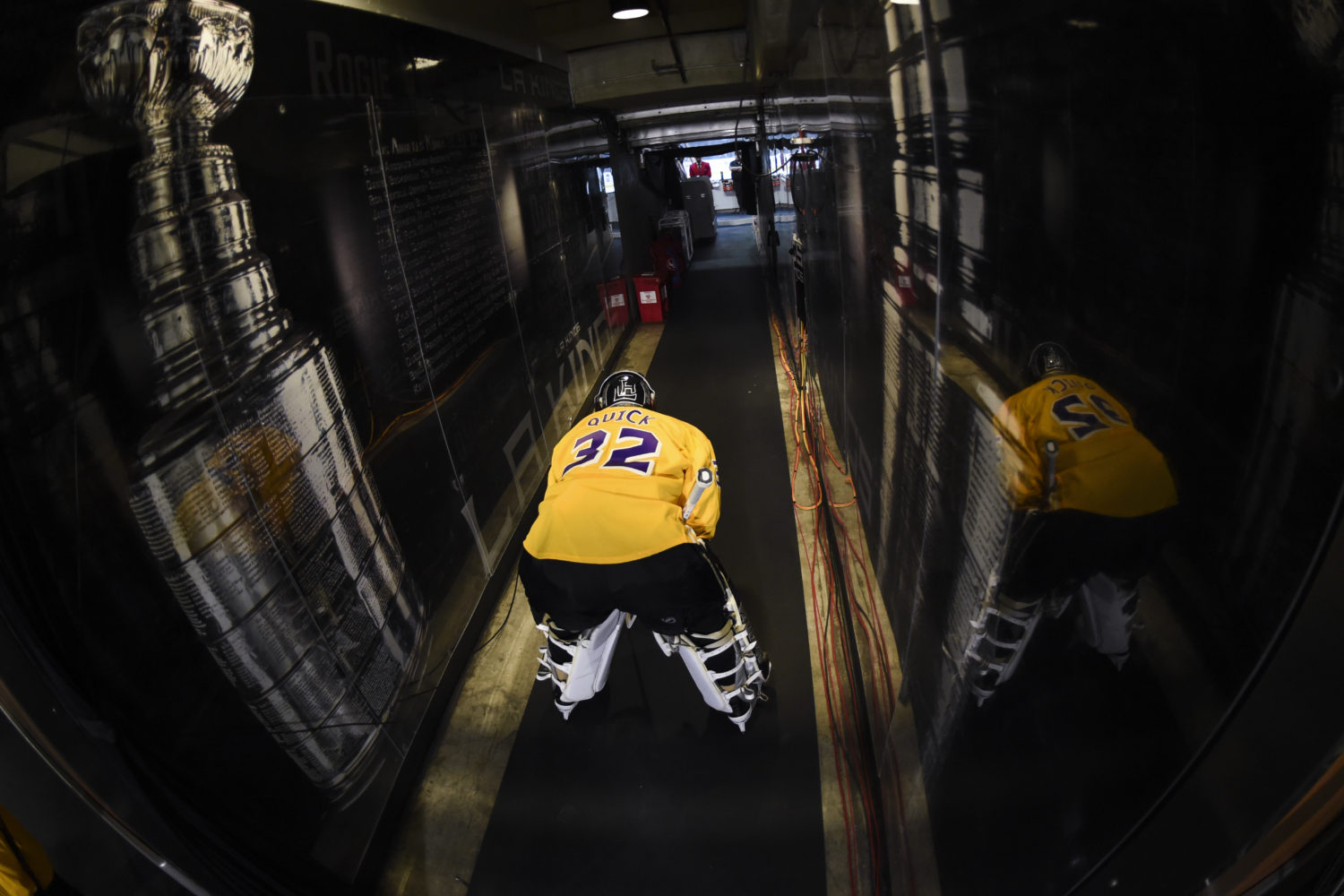