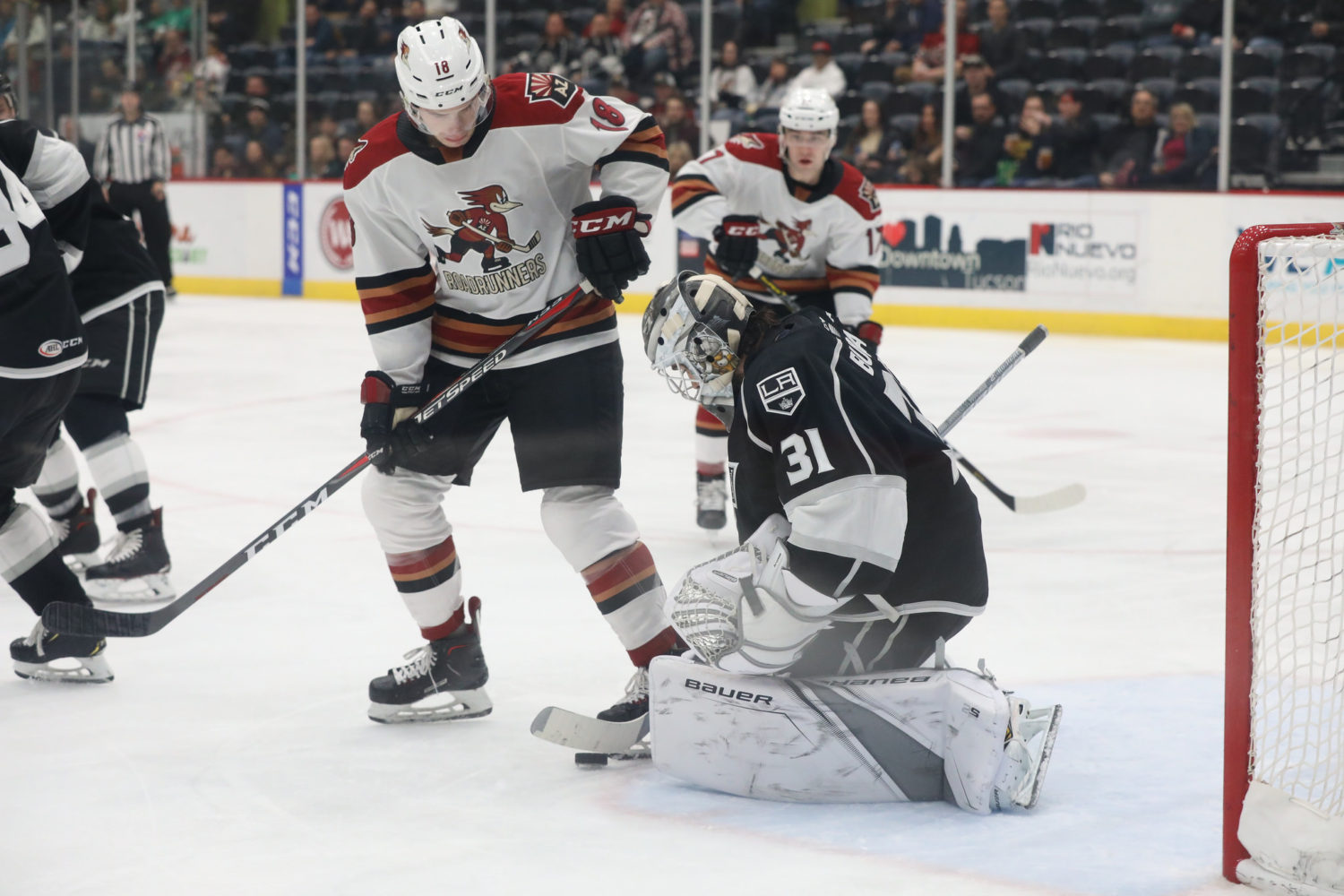 The Ontario Reign and Tucson Roadrunners flipped the scripts on us in their third meeting in less than two weeks.

Tonight, it was the Reign that jumped out to an early lead, with the Roadrunners coming back to tie the game and win in a game that extended past the scheduled 60.

For the third time in four meetings this season, a goal was scored inside two minutes as forward Austin Wagner, in his first game back from recall to the Kings, used his speed to get around Tucson defenseman Cam Dineen, before he beat Roadrunners’ netminder Cam Dineen from a sharp angle for his third AHL goal of the season.

The Reign struck again midway through the opening period, as Brad Morrison, stationed at the back post, buried a slick feed from Philippe Maillet on his second attempt for his sixth goal of the season. Mikey Eyssimont collected the secondary assist on the play.

Ontario came out of the gates charging in the second as well, as defenseman Matt Roy scored his fifth goal of the season less than two minutes into the middle stanza. Roy gathered a pass from Sam Herr, dragged towards the middle and beat Tucson netminder Hunter Miska with a wrist shot for the 3-0 advantage. Roy’s goal marked his 13th point over his last 10 games – The second most points in the AHL by a defenseman over that span.

The Roadrunners came back with a pair of goals of their own in the second period, as the two teams hit the intermission with a one-goal game. First, Lane Pederson cashed in a rebound in front of Budaj to get the hosts on the board at the 6:26 mark of the middle stanza. Just over four minutes later, forward Laurent Dauphin found himself unmarked in front of Budaj and shoveled home a Kyle Capobianco feed to move his team a goal closer.

Tucson tied the game midway through the third period as Capobianco collected his third point of the evening with a power-play goal. The 6-1 defenseman crashed down from the right point and one-timed a loose puck off the end boards, beating both a sprawling Budaj and defenseman Kurtis MacDermid at the near post.

After neither team was able to capitalize in either regulation or overtime, the game went to a shootout, Ontario’s second shootout of the season. After Adam Helewka and Matt Moulson were both unable to convert in Round 1, Dauphin scored the eventual game-winner in Round 2, while forward Sheldon Rempal missed on his deke. Defenseman Jordan Gross ended the contest in Round 3, giving Tucson the extra point.

The two teams will square off again tomorrow evening, with another 6:05 PM faceoff in Tucson.

With all of the comebacks this season, your group hasn’t frequently played with the lead. Do you feel it that inexperience played a part in letting them back into the game?
We had a great first period. We were skating and moving the puck. Setting the pace. Then in the second we stopped moving our feet and tried to play an individual game of trying to beat guys one on one. We turned pucks over. We spent too much time in our end and it cost us.

With that in mind, although you came away with a point, does tonight feel like a point thrown away rather than a point earned?
We got a point on the road in game one of a two-game set. That’s a very good hockey team we played tonight. Nothing is ever easy. We choose to look at the glass as half full, a pessimist will say the glass is half empty. But that is why a pessimist will never be a winner. We don’t allow that way of thinking on our team.

Tonight’s game marked the third straight in overtime between these two teams in less than two weeks. Does tomorrow’s game feel like one that could see some chipy-ness surface, similar to Sunday in Ontario?
Well it has developed into quite an entertaining rivalry so I wouldn’t be surprised. We want our opponents to dread playing against us because of our structure, and physicality. The greatest compliment you can get as a Player, or a Coach, is when the opposition says “they hate playing against you”. We are working to become that Team consistently and I can’t wait for the puck to drop tomorrow night 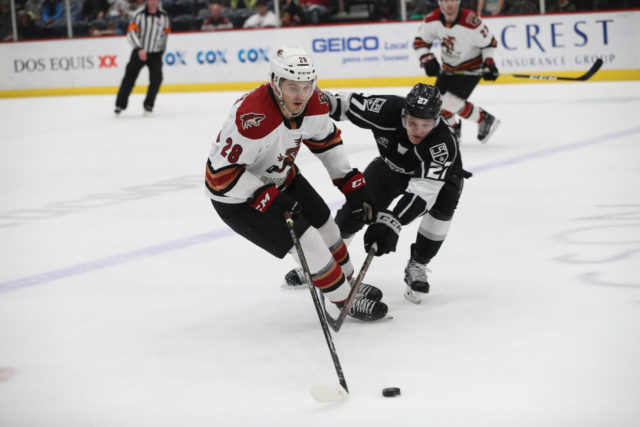 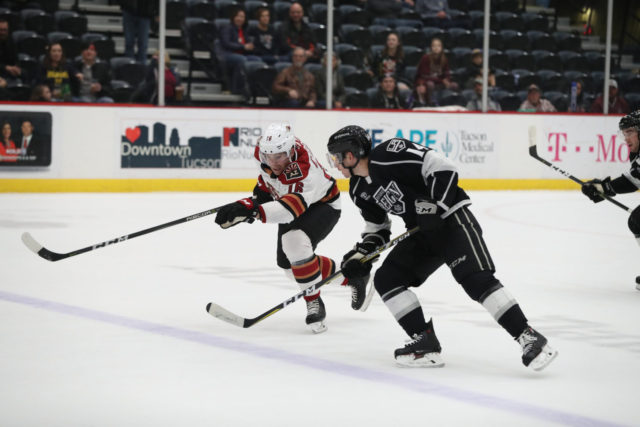 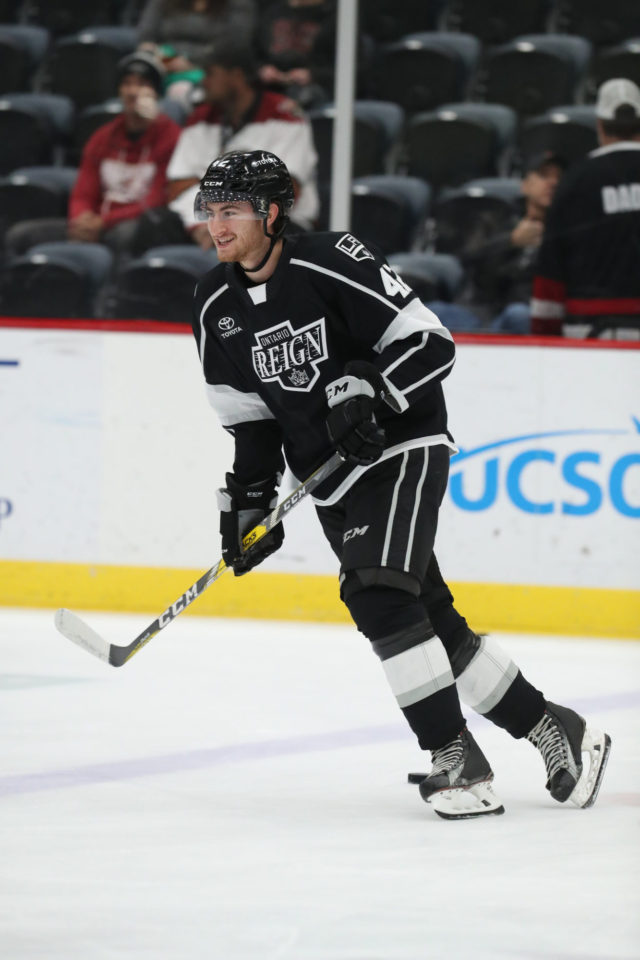