Tuesday’s loss was yet another depression in a hollowed-out and exposed special teams crater. The Kings entered with the 30th ranked power play, the Coyotes with the top-ranked penalty kill and the most shorthanded goals. They Are Who We Thought They Were, it could be said both ways. A contested first period Adrian Kempe shot with traffic got through and was kicked out by Adin Hill towards Nicklas Hjalmarsson, who attempted a quick, reactionary backhanded clear out of the zone. He got something much better: a deflection that slowed the puck down and found Josh Archibald in stride, and he pushed it ahead to Lawson Crouse, who faced little resistance finding a seam between Kempe and Dion Phaneuf before issuing a little chip-touch that deftly caught the underside of Jonathan Quick’s knob and trickled into the net. Sure, there was the requisite aggressive play that comes with a shorthanded goal, but that was also fortunate for the Coyotes that an attempted clear with attacking bodies at the net led to an immediate rush chance ahead of that wave in the opposite direction. On the other side, Kempe has been on the ice for 22:16 of five-on-four power play time and has been outscored 1-0. Nate Thompson has been outscored 1-0 in 17:24 of power play time. Neither Alec Martinez (31:30 season PPTOI) nor Jake Muzzin (24:07) have been on the ice for a five-on-four goal-for, and neither are getting power play time at the moment. On the other side of the ice are shorthanded units that have successfully killed off just 28 of the last 43 power plays against. 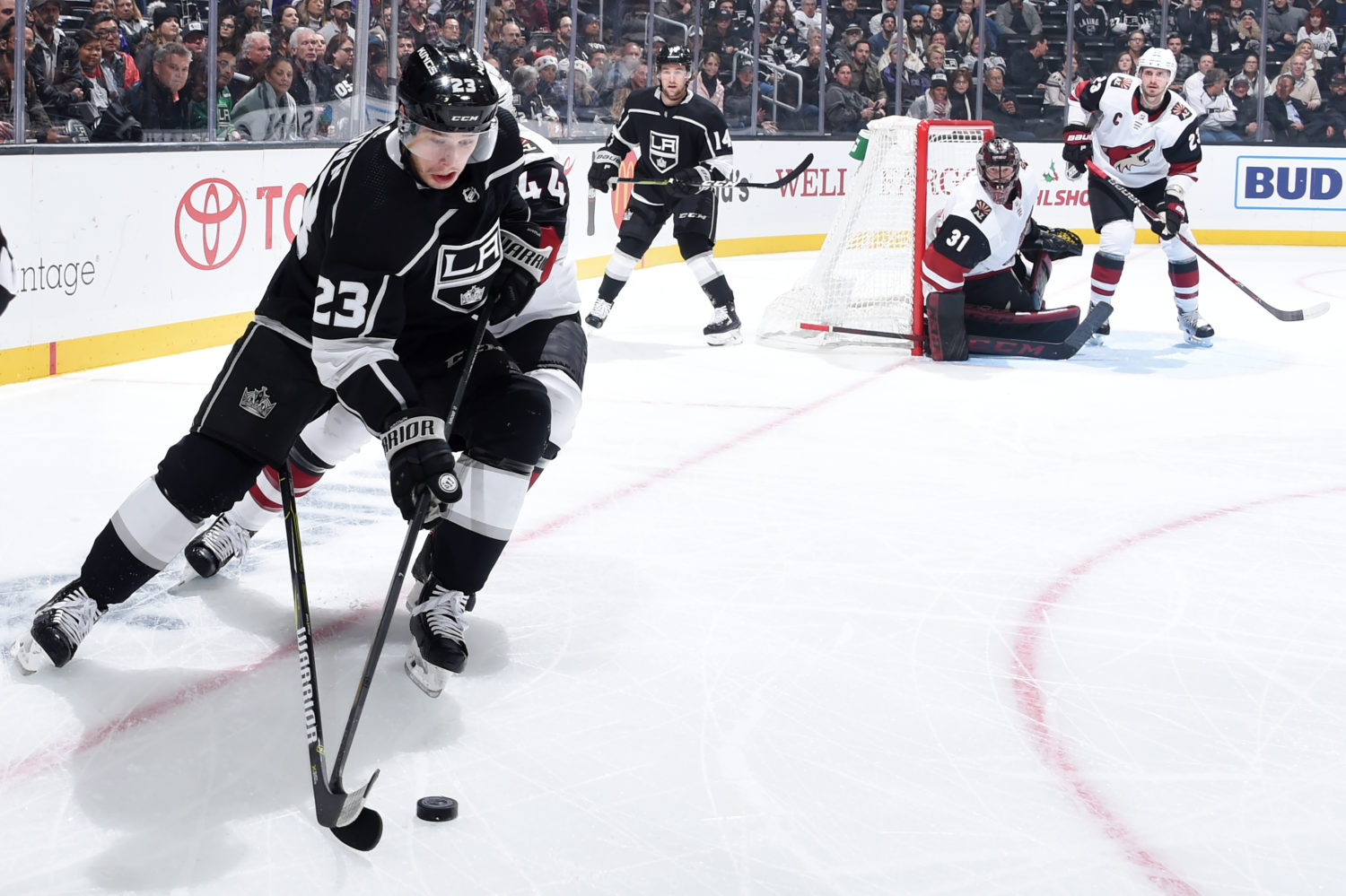 Weird contrasts on that second line. The eye test isn’t winning any awards. Tyler Toffoli hasn’t scored since November 16, while Carter has one goal – scored on the power play – in the last 14. Since they’ve been joined by Kyle Clifford, they’ve accounted for two goals: Clifford’s net-crash after Semyon Varlamov’s bobble, and his empty-net, five-on-six goal Sunday in which his line was entrusted to protect a late one-goal lead. They’ve also suffocated their opponents over that time. Robustly in the black in pure possession, Clifford is a +10.4 CF%Rel over the last eight games, seven of which he spent considerable amount of time with his current linemates. Over that time, Toffoli’s a +10.0 and Carter a +6.7. They’ve done this with neutral zone-light zone starts in which Carter and Toffoli have the highest DZ Starts/60 on the team, a weight that becomes a bit unburdened when they’ve shared the ice with Clifford. Natural Stat Trick has them clearly ahead in scoring chances over that time. Perhaps it does link up with what we’ve seen recently, especially from Toffoli – that they’re generating a decent amount of chances but not doing much with them. Though the Kings are a parched offense and the second line hasn’t pulled its share, the five-on-five play isn’t really what’s been sinking this team recently. More than any line combination, and along with its occasional whispers of offense, Los Angeles has just been buried lately by special teams. 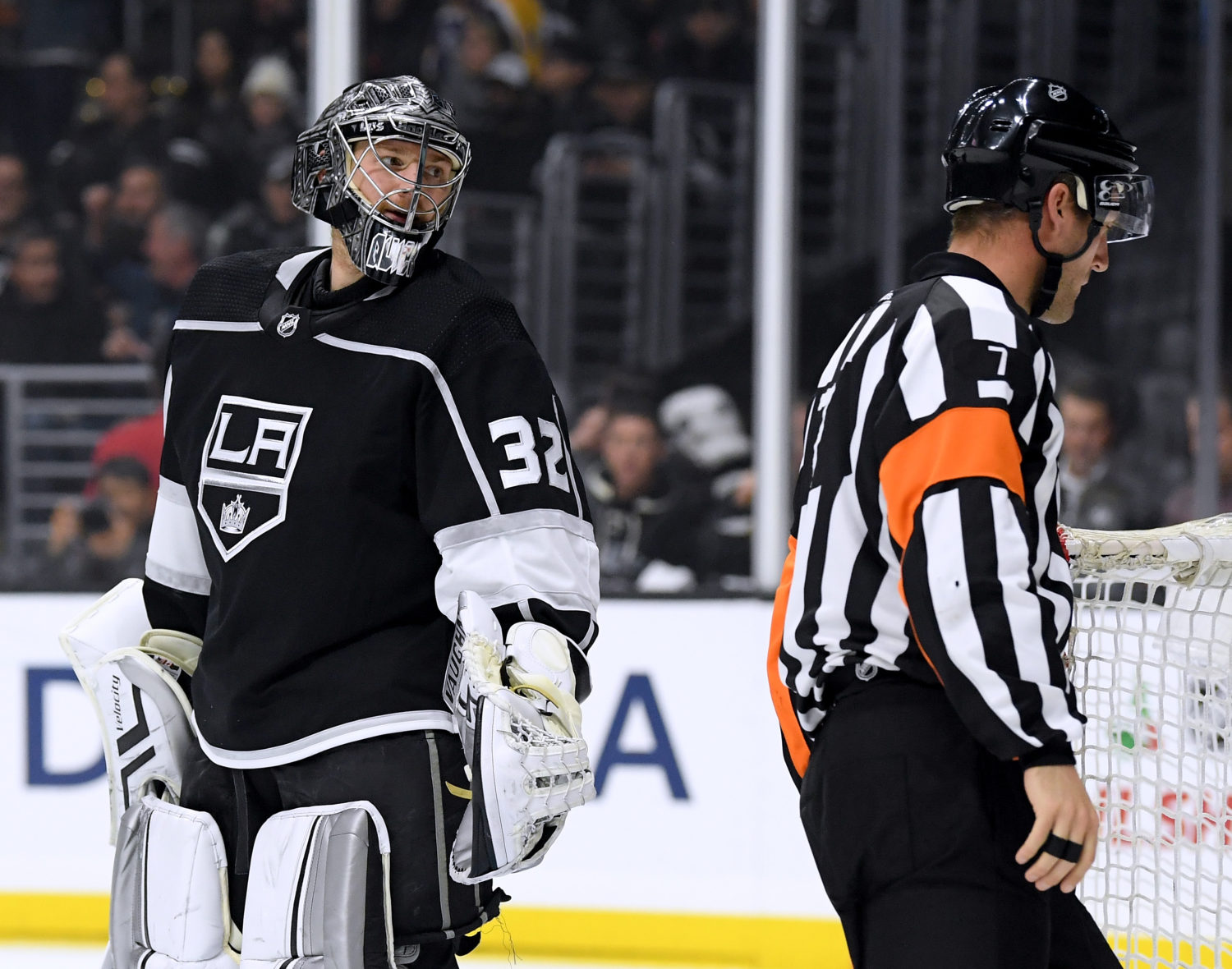 There was a very noticeable energy and push over the final 10 or 12 minutes. Was it there for the first two periods? No, not really. Kempe drove the net and generated a few early chances, and there were a several good Carter and Toffoli touches, but this was for the large part another punch-less attack amidst a long string of them. Along with 1983-84 and the competitive recession between the late 1960’s and early 1970’s, this is shaping up to be as bleak of an LA Kings season as there has been, and Tuesday’s game summed the season up to date. Their goaltending should at worst give them a chance to win – and will win some games outright – but they won’t compensate offensively for the inevitable special teams deficit. The Kings have already had a player removed from their room, and if there are more slogs like Tuesday’s – you can find good odds on that in Vegas – then more change will come. 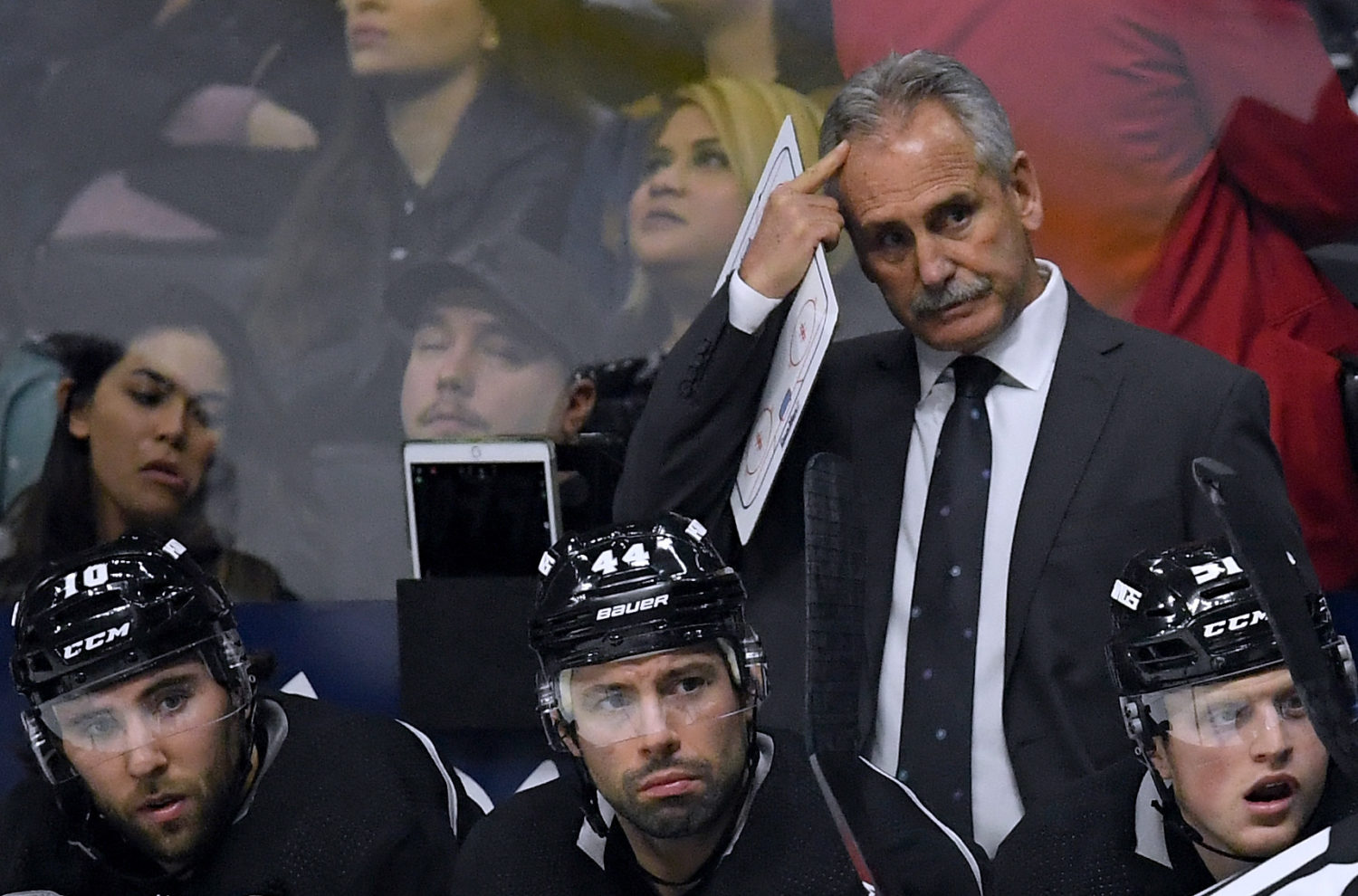