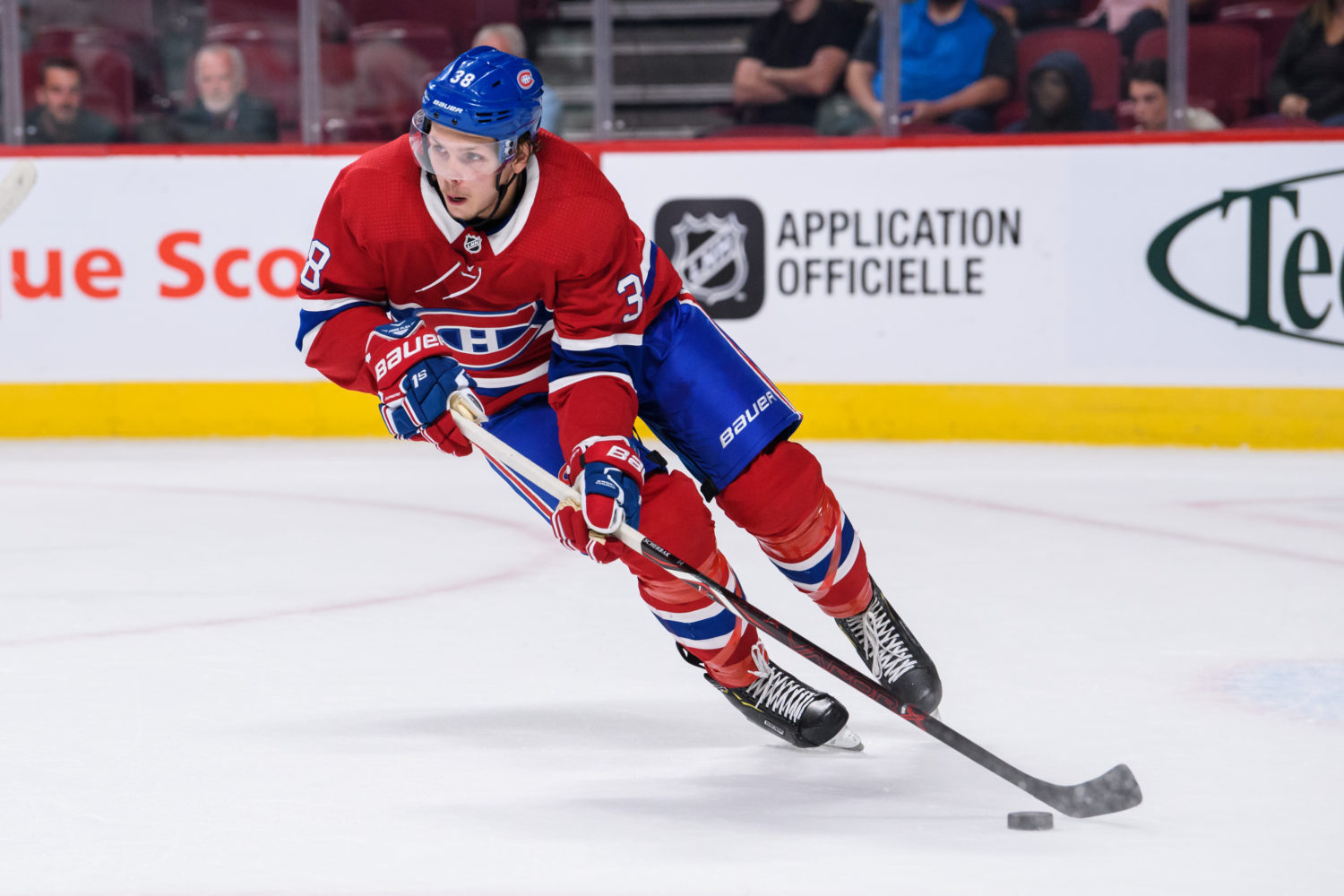 –Scherbak, who turns 23 on December 30, was selected 26th overall in 2014. Montreal, who also took a long look at Adrian Kempe that draft cycle, opted for Scherbak three spots before Los Angeles drafted. Per Lisa Dillman of The Athletic, immigration paperwork may take some time to work out. He has five goals in seven points in 29 NHL games and 28 goals and 95 points in 145 AHL games. Last season, he totaled seven goals and 30 points in 26 games with AHL-Laval. “It’s good. He’s a skilled player, a first-rounder at one time. He’s got some speed, so it gives us a good chance to look at a guy,” Willie Desjardins said. “Right now, I think we’re still trying to find the right guys out of those young guys, and he’s a young guy, so it’s a good chance for us to look at a young player.”

Scherbak suffered a lower-body injury on November 9 while on a conditioning loan to Laval and hasn’t played since. As of now, per hockey operations, he remains on injured reserve. “I think he’s good. I haven’t seen him come in here,” Desjardins said when asked about his health. “Our guys are going to have to look at him.”

–This is, by all accounts, a no-cost, low-risk move to add additional depth in a player whose speed and skill are in line with what the team is trying to recruit, scout, draft and sign. Scherbak is a skilled forward who has not yet established consistency in his play away from the puck.

–More from Claude Julien, this time earlier today from the Montreal coach’s media availability: “He just didn’t have a great camp,” Julien said, as shared by Stu Cowan of the Montreal Gazette. “We sent him to Laval, he was having a hard time finding his game. We had to make a decision based on our roster. Unfortunately, that’s what happens. Would we have liked to keep him and have an opportunity to send him to Laval? I’m sure we would have. But it happens. There’s guys claimed on waivers … there was more of them claimed this week. So it is part of the game, unfortunately. It’s part of the CBA and in the rules, so you live with it and you move on.”

Julien also noted that Scherbak hadn’t been able to push anyone else out of a lineup spot. “He’s still a young player but, unfortunately, we didn’t have the opportunity just to send him down to the minors without putting him on waivers,” he said, according to the Montreal Gazette.

–Desjardins thinks Ilya Kovalchuk, who will be out for approximately four weeks after undergoing an ankle bursectomy, will be a good role model for the young forward. “Kovalchuk, maybe I haven’t given him the ice time part, but I sure like his character,” he said. “He’ll help the young Russian coming in. Like, Kovalchuk’s got great character and he trains hard, so that’ll be good for a young guy coming in. He’ll be able to mentor him a little bit.”

–Loose possession stats based on a 29-game sample indicate that he’s been pushed back a bit. Last year, in 26 games, he was a -3.6 CF%Rel; overall in his NHL career, Montreal posted a 46.5% CF% when Scherbak was on the ice in five-on-five situations. He has 42 shots in 29 games while averaging over 13 minutes per game; his individual 5.5 Sh/60 is on pace with Anze Kopitar’s, and Kopitar has been encouraged to shoot more amidst heavier usage.

–Scherbak is a former Everett Silvertip, and several old pals who worked with him in the WHL praised his energy and personality but shared some caveats in line with what has been shared elsewhere. “Tools are there, but he had trouble playing within the system,” one source shared. If he suits up in one game for Los Angeles, he’d be the very first former Silvertip to play for the organization. Huzzah!

During his draft year, Scherbak played for Saskatoon and was a divisional rival of Austin Wagner. The two have also trained together in Calgary in the off-season. They weren’t in the same groups, but the two were familiar with each other, and “I saw him around the gym a little bit and he was a nice guy,” according to Wagner. “He works hard, so he’ll be a good addition.”

Wagner occasionally lined up opposite Scherbak when Regina faced Saskatoon. “He’s a skilled player. He has a really good shot, good hands, and he can move, so I think it will be good to have him here,” he said.

–Scouting reports elsewhere were consistent. When committed, Scherbak can be a very good player with a skill set aligned towards the offensive zone, and a change of scenery could potentially do him good. He’s most dangerous on the rush and capable of using his feet to drive wide before cutting towards the front of the net. Still, that speed is still mostly straight line, up-and-down-the-ice speed. He has deceptive hands that give him good range and can be “tricky” with the puck on his stick; at the AHL level, he showed an ability to make plays from the half wall. The Kings will look to combine these aspects of his game, and his offensive zone playmaking, and see if he seizes an opportunity with the new surroundings. 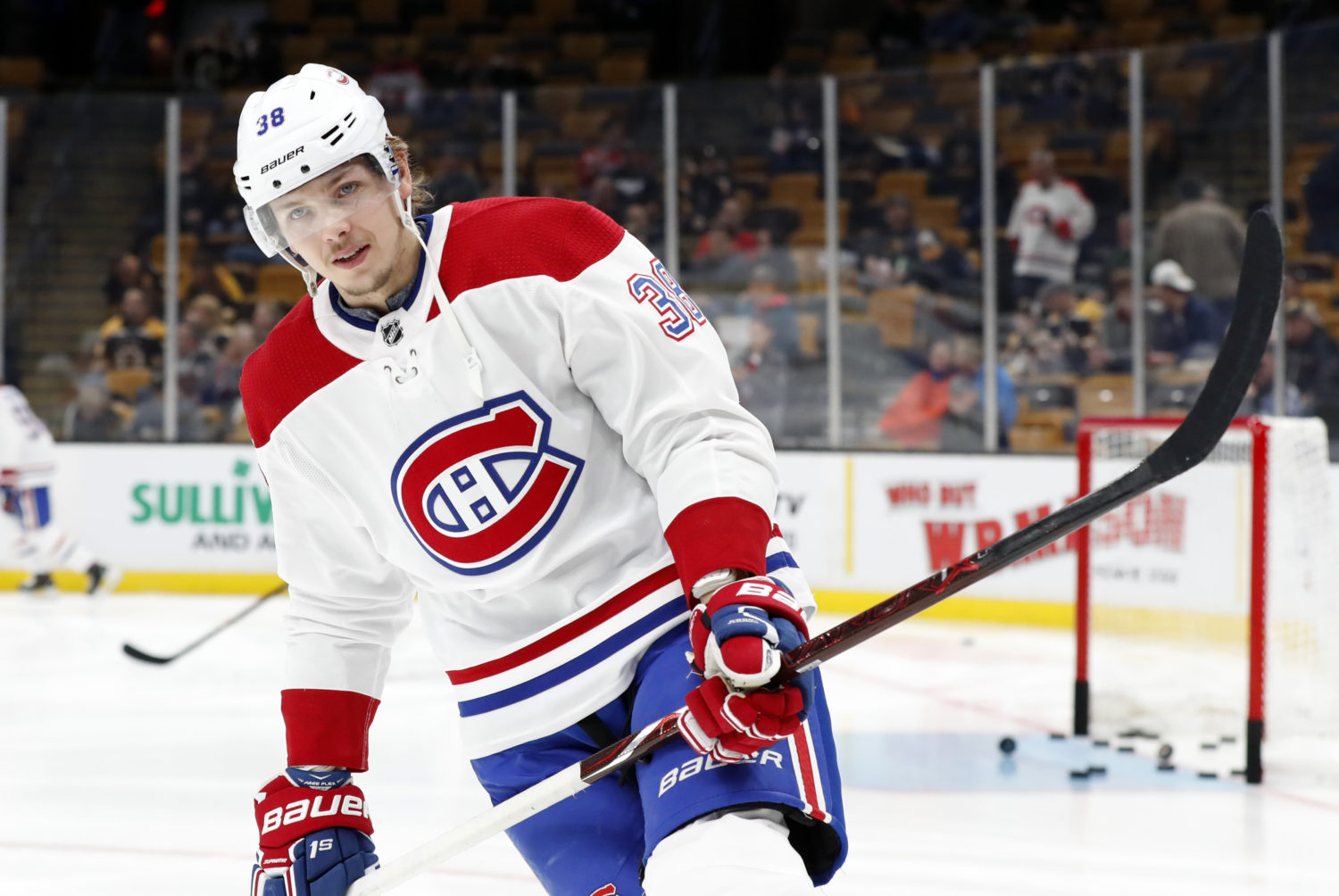