After flexibly bending to the terminal limits of an ugly defensive slog, the LA Kings finally broke in the third period and fell 4-1 to Calgary after a pair of empty-net goals provided a more accurate reading of the blitz they faced over the final half of the game than had been indicated when the teams were tied at one with half a period to go. To L.A.’s credit, they were right there, ready to scratch and claw and steal a road point or two when Noah Hanifin hooked Dustin Brown’s right arm off his stick in the direct line of sight of a referee no more than 12 feet away. No penalty was called, Mike Smith made an outstanding save on Brown after he had cut towards the center of the ice to release his shot, and on the ensuing trip to the Kings’ end, Dion Phaneuf was whistled for slashing Austin Czarnik. For the second straight night, Los Angeles didn’t get the late kill it needed, punctuating an extremely difficult three-week stretch in which a staple of organizational identity has incomprehensively been absent. Talking about identity, the Kings aren’t an offensively gifted team, and to an even greater degree than their squad two seasons ago, are creating very little. Approaching the midway point of the game, each team had 21 shot attempts, and against a goaltender who entered the night with a 3.29 goals-against average, an .883 save percentage and a losing record, L.A. couldn’t get enough bodies and pucks to the net and finished with just 14 shots on goal. 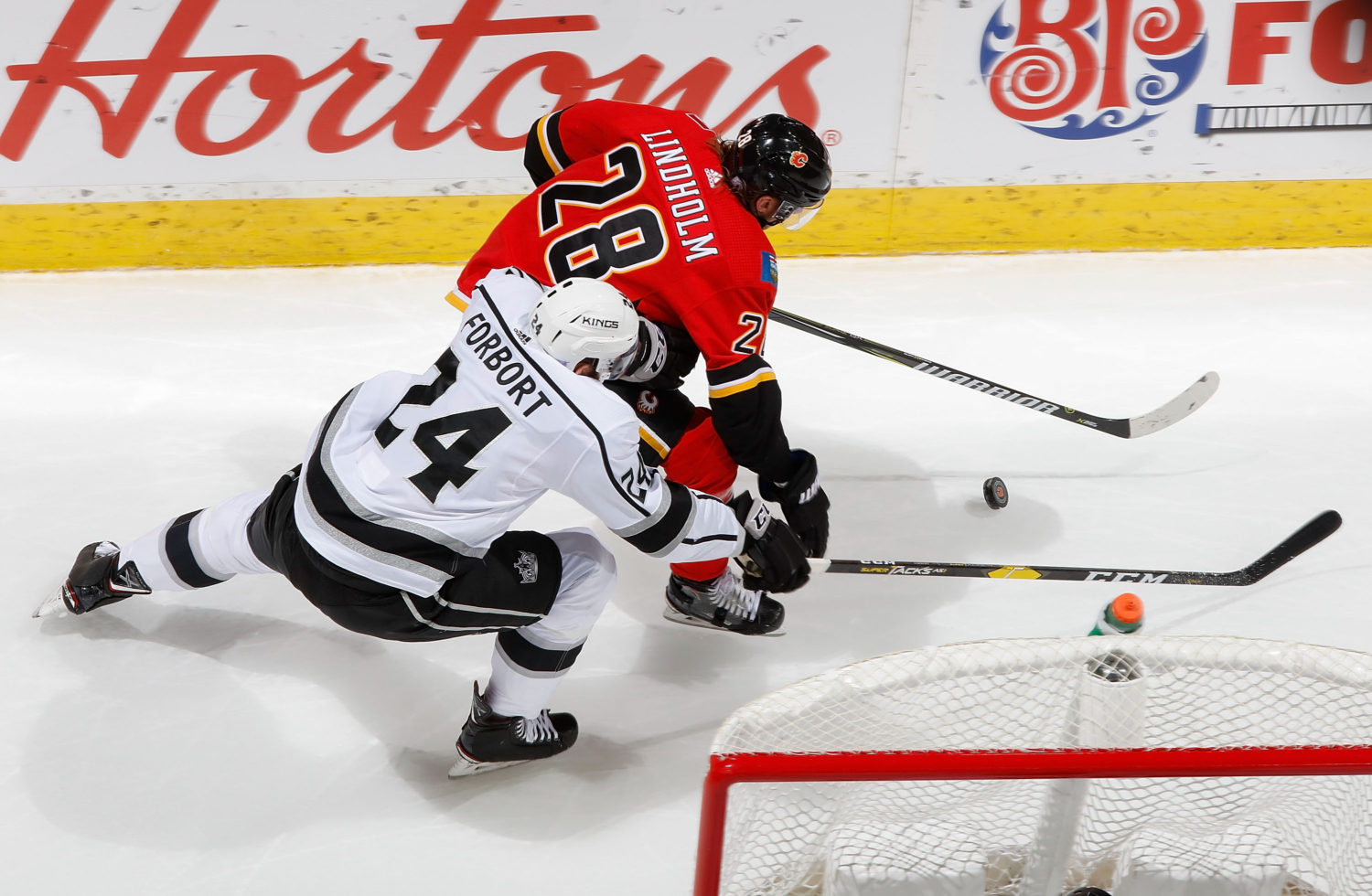 There were impactful shortcomings in detail too difficult to overcome for a 31st place team on the road against a first place team. 34 seconds after the Kings received the game’s first power play, Adrian Kempe was whistled for a high-sticking double-minor. Their top unit did not receive one second of power play time. Two shifts after Kempe’s equalizer, already into a long shift, Tyler Toffoli chose to try and step around a Calgary defender instead of getting the puck deep. The puck was turned over, and his line, along with the Forbort-Doughty pairing, remained on for three minutes and 32 seconds while taking three icings. Neither situation led to any goals against, but that’s six minutes of game time in which Los Angeles was pressed back and out-attempted 11-1. 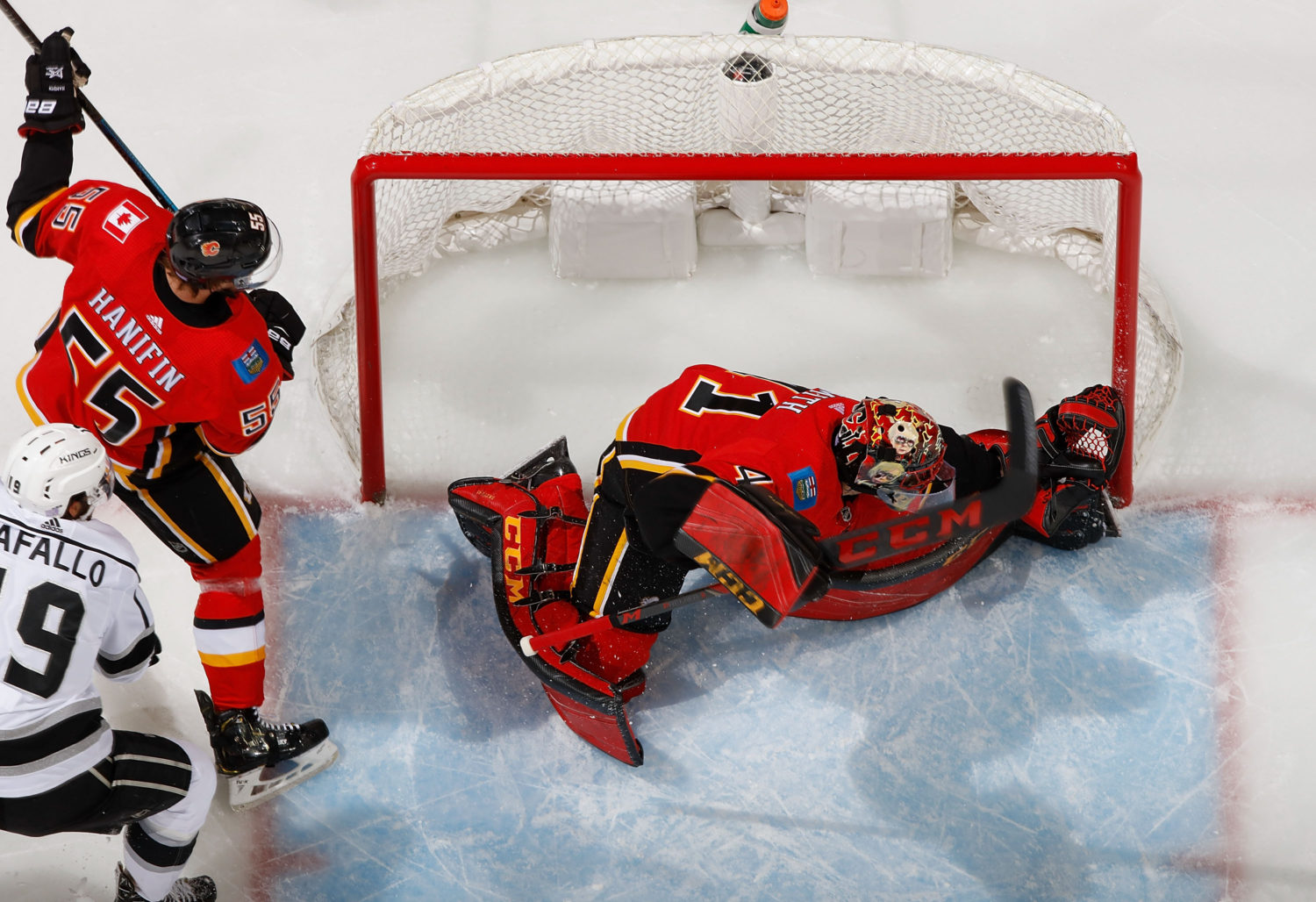 Despite tumult elsewhere, the Kings’ goaltending has been rock solid and has kept them in a number of games even as they’ve averaged 1.67 goals an outing over their last 12. Cal Petersen exuded his familiar mettle by hanging tough after an unfortunate goal against in the game’s first minute. (It wasn’t a good goal, but the one Sportsnet replay I’ve watched a few times appeared to show Mikael Backlund’s shot dip on him.) He and Jack Campbell have combined to post a .926 save percentage, which is on one hand remarkably clutch amidst widespread difficulties in other areas, and on the other hand, well, they’re still in 31st place. It also looks as if Paul LaDue has found a little bit of a niche. Willie Desjardins had some positive words about his recent play prior to the game, but as a defenseman whose contributions often come on the offensive side of the puck, he’ll also need to produce if he wants to entrench himself in the lineup. He logged over 15 minutes for the first time this season, was on the ice for Kempe’s goal, and potentially could’ve earned an assist had Brown beaten Smith on his third period breakaway. 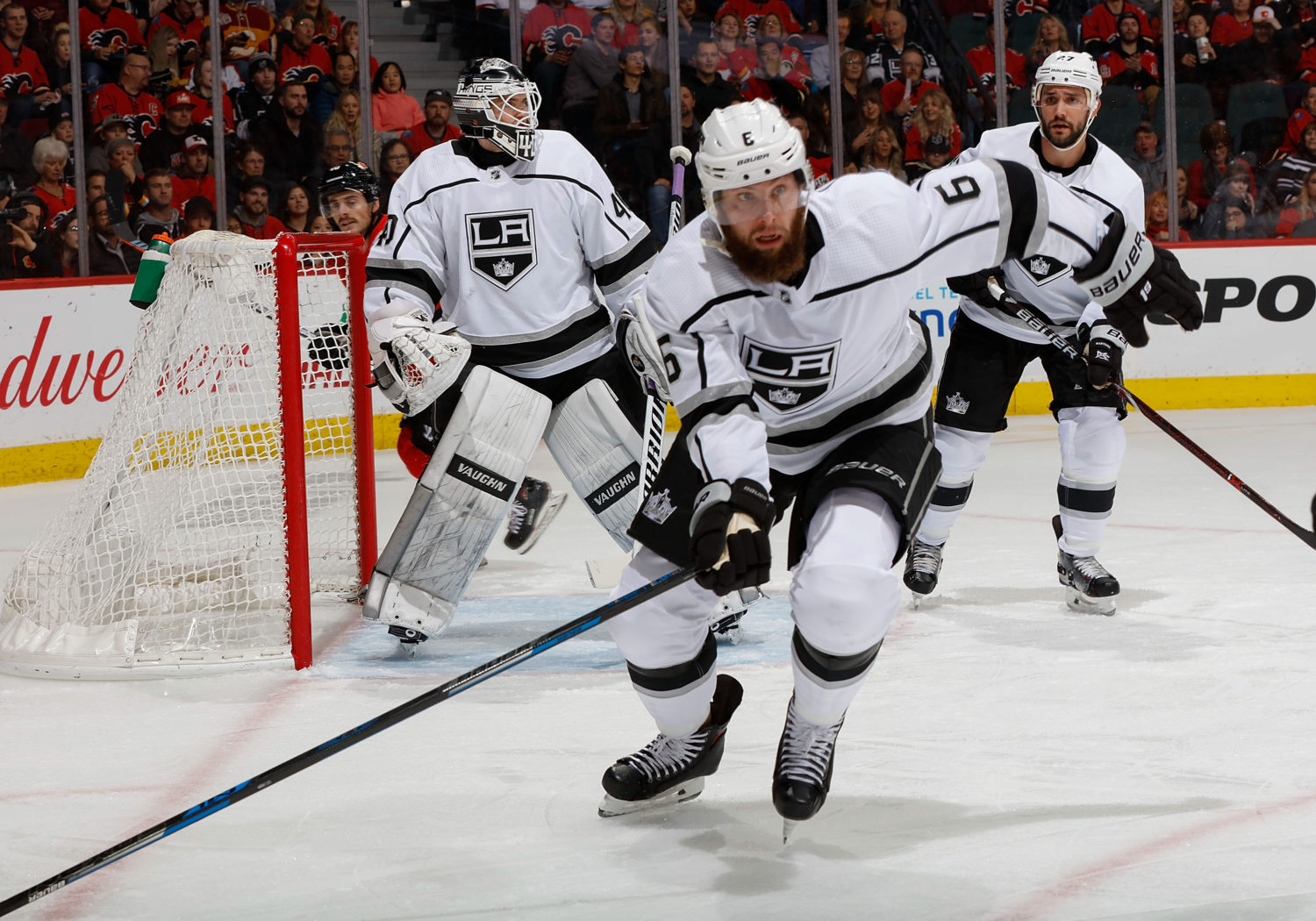