Waking up with the Kings: November 30 - LA Kings Insider

Waking up with the Kings: November 30

Thursday’s 3-2 loss in Edmonton might’ve been the most difficult of the losses to accept for the LA Kings, who’ve been growing their team game and have showed signs of steadying this ultra-funk. They were largely the better team from the middle of the first period onward, but detail-minded gaffes and special teams struggles were highlighted when Oscar Klefbom beat Jonathan Quick on a one-time power play blast with 2:20 remaining in regulation. It was one of two power play goals allowed by Los Angeles, which uses similar personnel to a traditionally dominant group that led the league in penalty killing percentage last season, and while there are a number of shortcomings emblematic of the team’s struggles, the penalty killing bog is certainly near the forefront. It was awfully hard on Alex Iafallo, whose puck over the glass led to the late Oilers power play. Los Angeles was as steamed after the game as they were for any regular season loss I can remember, and that anger manifested into an impassioned Drew Doughty defense of his second-year forward. “A.I. makes so many great plays for our team. If anyone is even going to try to get on him about that, that’s not the way it is. A.I. plays amazing for us every night,” he said. “He works his bag off, he’s a great teammate, he’s a great person, and when guys like that make little mistakes like that it’s on the PK to stop it and not allow that goal to go in.” 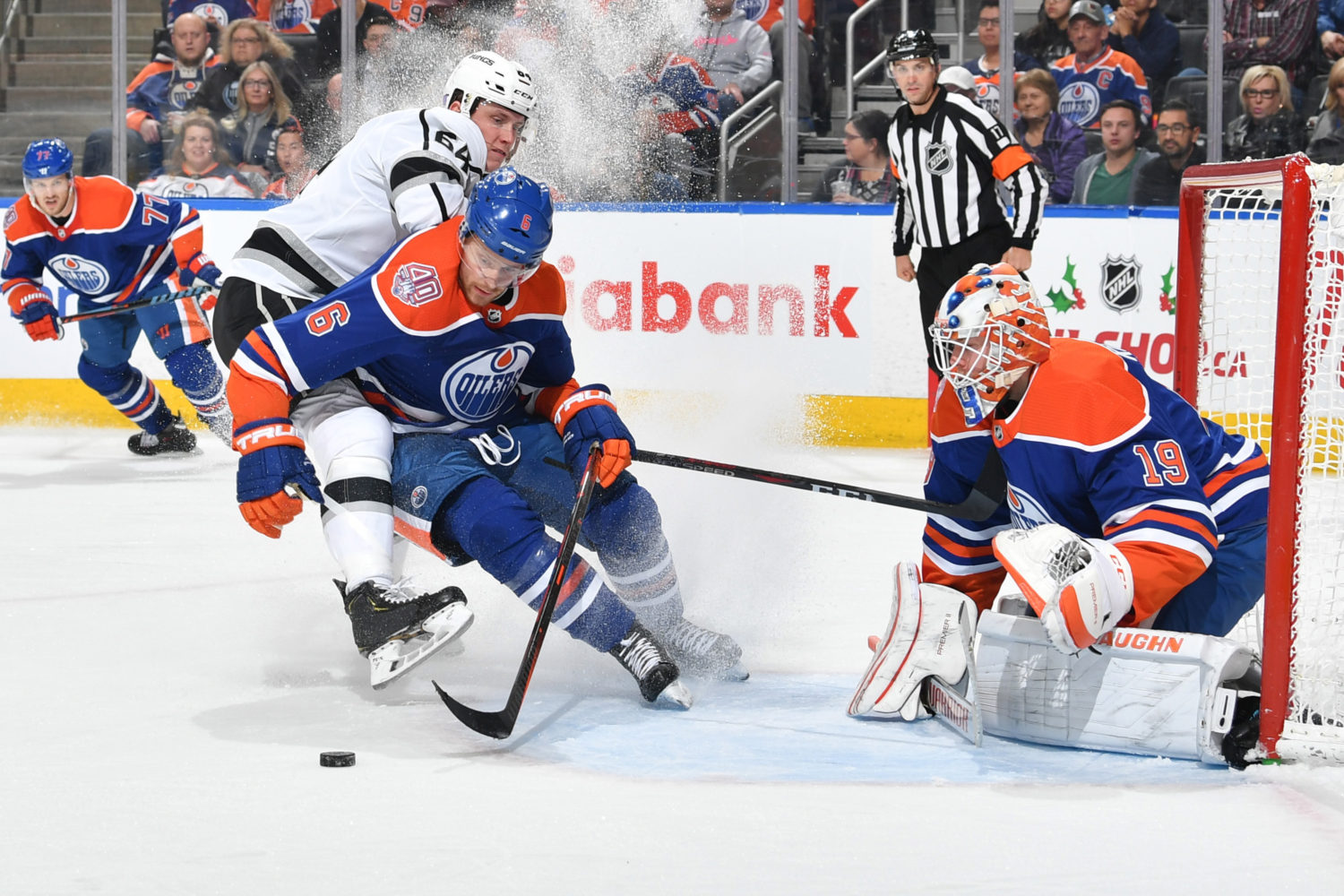 Jonathan Quick was solid in his return. He was beaten a minute and 21 seconds in when Drake Caggiula gained the corner against Alec Martinez and put a puck towards the crease that Quick attempted to cover at the same moment an unmarked Jesse Puljujarvi drove the net and shoveled it off the inside of the post and just past the goal line. That’s more on coverage and one-on-one defending than it is on the goaltender. Eight minutes later, Edmonton won a faceoff and adhered to a textbook-like power play set-up that was executed as it’s often drawn up in practice, finished off when Alex Chiasson, who now has three goals in two games against Los Angeles, found space against Jake Muzzin and backhanded home a rebound that Quick couldn’t do much with. Three minutes after that, Jujhar Khaira made a power move down the left wing and deftly pulled the puck around Quick’s pokecheck attempt before he was denied by an outstretched left pad that served as both the best save of the night and a springboard for the Kings to find their game. They did, and carried that tie into the late stages of the game amidst two goal reviews that went against L.A. (Both rulings were correct; the first, which was the judgement call on Puljujarvi’s goal, would’ve been awfully difficult to overturn.) Quick had trouble locating the third goal. It was another play set up simply on a power play exchange between Nugent-Hopkins and Klefbom. When the defender unloaded, Quick was moving his head around, searching for it, and ended up being screened by a consortium of Derek Forbort, Jeff Carter and Chiasson on the game-winner. So it goes. 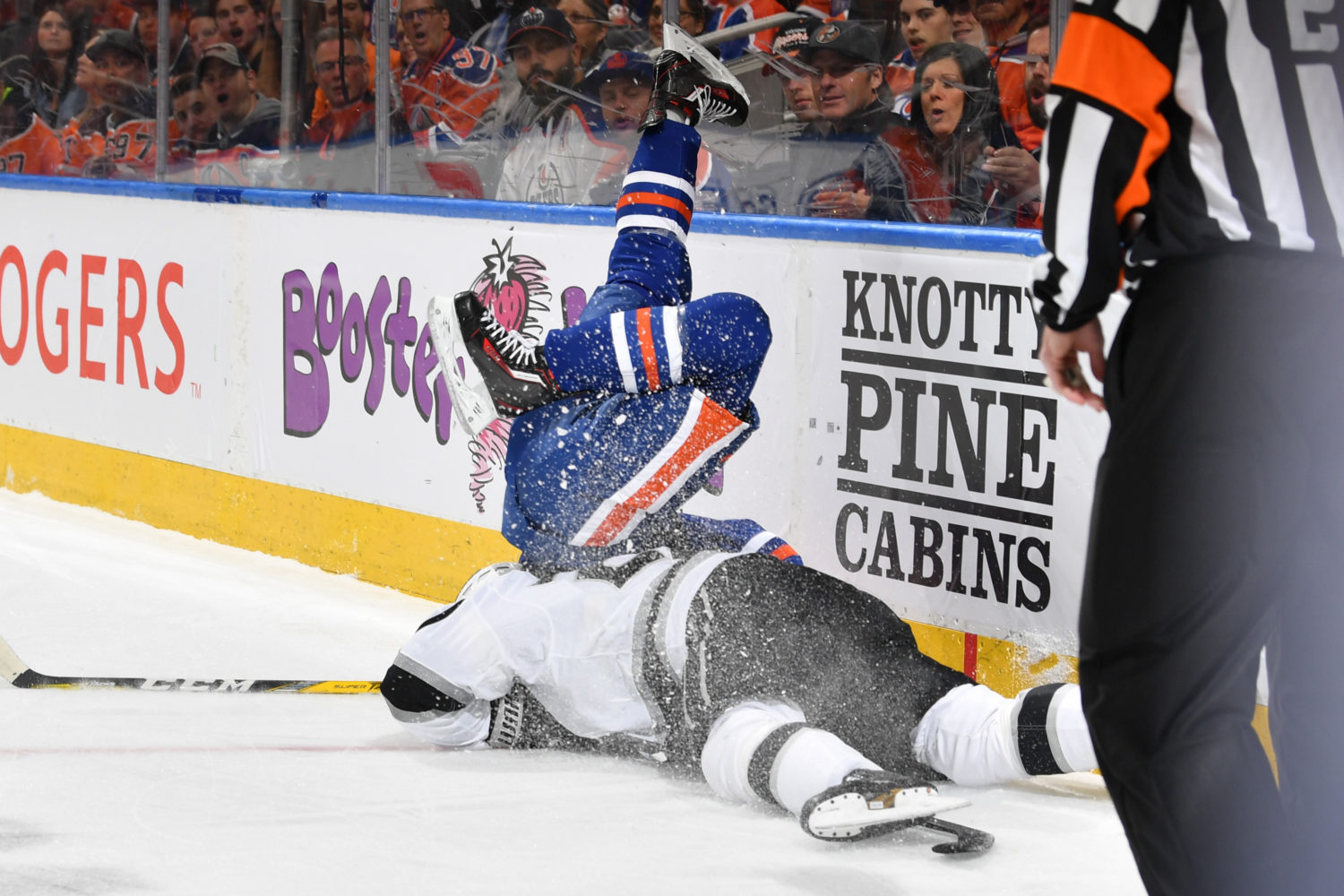 Teams count on power plays for big goals, and with the balance of the game hanging in part on Nugent-Hokpins’ hooking call on Kyle Clifford midway through the third period, Los Angeles could barely get the man advantage set up in the offensive zone. There were breakaways, there were high-grade looks, there was a stanchion bounce, there was a go-ahead goal (rightly) called back because the play was off-side. The Kings had every opportunity to win a game Thursday but just couldn’t, as the silly saying goes, bear down. They’re in 31st place; 31st place teams will lose games to other teams in non-playoff positions even when their game is coming around. 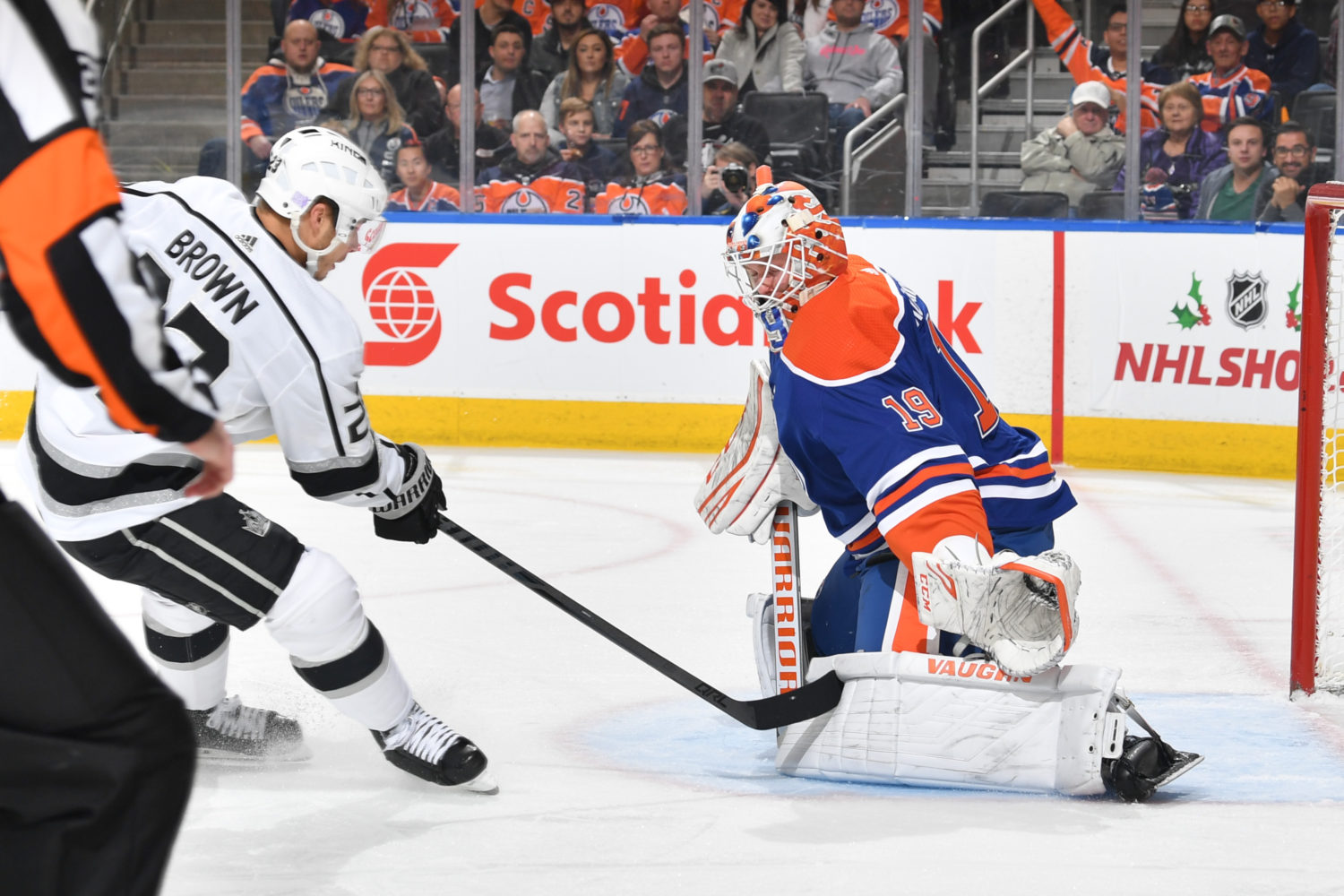