What are the Kings getting in Carl Hagelin? Where will he play? 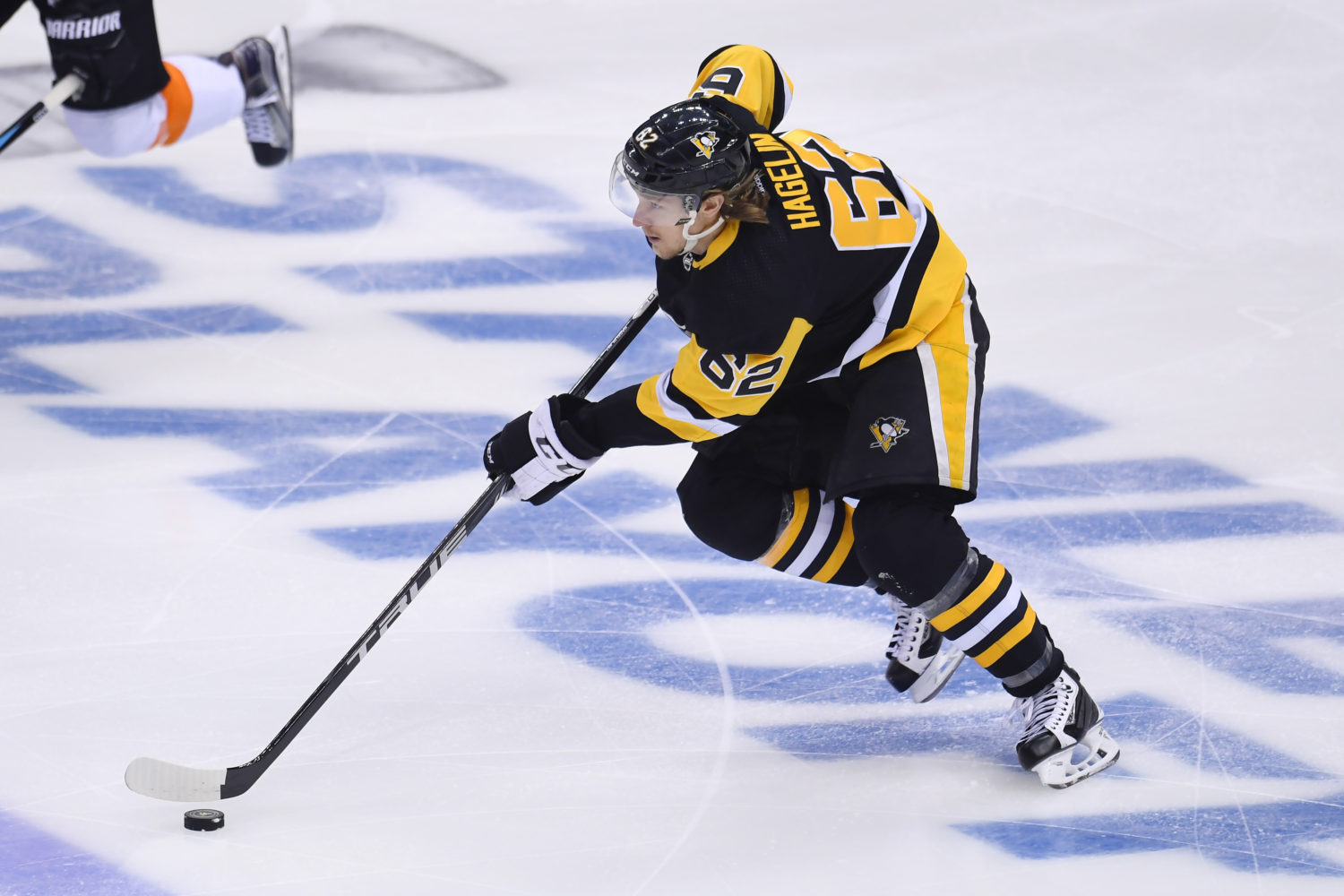 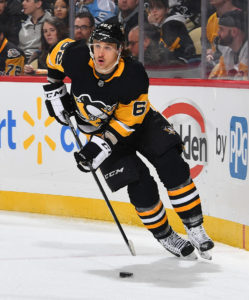 Carl Hagelin, who is expected to meet the LA Kings in Chicago to begin a three-game road trip that will also take the team through Nashville and St. Louis, is a 30-year-old veteran who is known for his pure, unadulterated speed. Ask anyone for an appraisal of his game, and that will be the first observation shared.

“His main asset is his speed,” General Manager Rob Blake said. “He has been on a good team in Pittsburgh and they have had a lot of success both in the regular season and in the playoffs there. But, again, it is that speed that is a much needed element for us.”

His arrival was precipitated by a trade between two general managers looking to spur some more life into their teams. Pittsburgh, 1-5-1 in their last seven games, took on some risk contract-wise but appears confident they’ll be able to help Tanner Pearson regain prior levels of productivity. Los Angeles, which dismissed John Stevens two Sundays ago, was looking to further prod a comfortable group with another jarring stimulus while creating some salary cap flexibility by removing Pearson’s two additional years at $3.75-million per. These were messages sent to two locker rooms.

Much of this was covered yesterday. But little of the Kings-centric conversation to this point has revolved around Hagelin, a 30-year-old unrestricted free agent to-be who is widely expected to be moved again by Los Angeles at the trade deadline to a team looking for a veteran rental player with speed, defensive awareness and good character. Such character was evident in reactions from players on the Penguins. Patric Hornqvist called it “a tough day for me and my family.” Brian Dumoulin said that he “loved Carl” and that he’s “a great friend and obviously a tough guy to replace in the locker room.” Kris Letang compared him to Marc-Andre Fleury. “He brings so much joy to the dressing room.” GM Jim Rutherford revealed that he felt bad about removing an important figure from the team. “Carl Hagelin is a popular guy. I like him a lot personally.” | Quotes via Pittsburgh Post-Gazette / Pittsburgh Tribune

One player particularly familiar with Hagelin is fellow Swede Adrian Kempe. The two skated and worked out back in Sweden as part of a group for “two or three summers,” according to Kempe, but they don’t train together regularly anymore.

“He can for sure come in here and bring some speed. I know all the boys are going to like him, he’s a great guy,” said Kempe, who also praised Hagelin’s work ethic.

“I wouldn’t say I’m as fast as him. Like, he’s really explosive. I know how strong he is and everything like that. But, obviously we’re both good skaters, so hopefully he can come in and bring that to the team.”

It’s very possible that the two will get an early crack at seeing time together. If they’re able to summon some chemistry, you may have some early trappings of a blazing third line.

“We’re looking at lines a little bit right now,” Willie Desjardins said. “Kempe played a little bit on the wing and he was pretty good on the wing. There’s a chance you could probably go with maybe sliding him in on Kempe’s line. A veteran guy, so I think it’ll be a good spot.”

“He’s got speed. He’s a good penalty killer,” Willie Desjardins said. “He’s a guy that’s probably sitting there, he’s got something to prove at this point. He’ll be looking for another contract, so I think he’s got to be hungry coming in.”

Again, we’re very likely talking about a transient member of the locker room, given that the Kings would like to recoup assets rather than raise the opportunity that they’d have nothing to show six months from now after having traded Pearson, who carried significant value in recent seasons. But even though Hagelin isn’t really a scorer – his individual .45 Goals/60 in 2017-18 would’ve ranked between Alex Iafallo and Andy Andreoff – he has some solid underlying metrics that have allowed him to consistently average between 15:14 and 15:57 per game, dating back to 2013-14. Over the last three years he has averaged between 2:16 and 2:32 of shorthanded time per game, so Los Angeles will replace a solid defensive player capable of killing penalties with another player who probably has a shade better defensive awareness and penalty killing reliability. He played his 500th career regular season game on November 3 and won Stanley Cups with Pittsburgh in 2016 and 2017, totaling six goals and 16 points in 24 games during the 2016 run as part of 121 career playoff games.

Hagelin has been a consistent play-driver in his career. He’s always maintained a positive, year-end CF%Rel, an impressive attribute considering he played for the tightly structured Penguins, who’ve been one of the best forechecking teams in the league when they’ve been going well. His CF%Rel ranged between +2.6% and +4.1% over the last four years.

But this is still essentially at best a lateral move, one that removes a player from the Kings’ roster who’s below the average age on the team.

“Like, players, they’re smart, they can see what’s going on, and they know that if things don’t change then they will have more changes,” Desjardins said. “You’re not going to just sit and go, ‘well, this is fine, this is OK, we’re good with this.’ So changes will occur. Do you want to see it? No, you don’t. That’s not what you want to have happen. But we have to realize if we don’t play better, things like that will happen, so it’s up to us to take charge of it.” 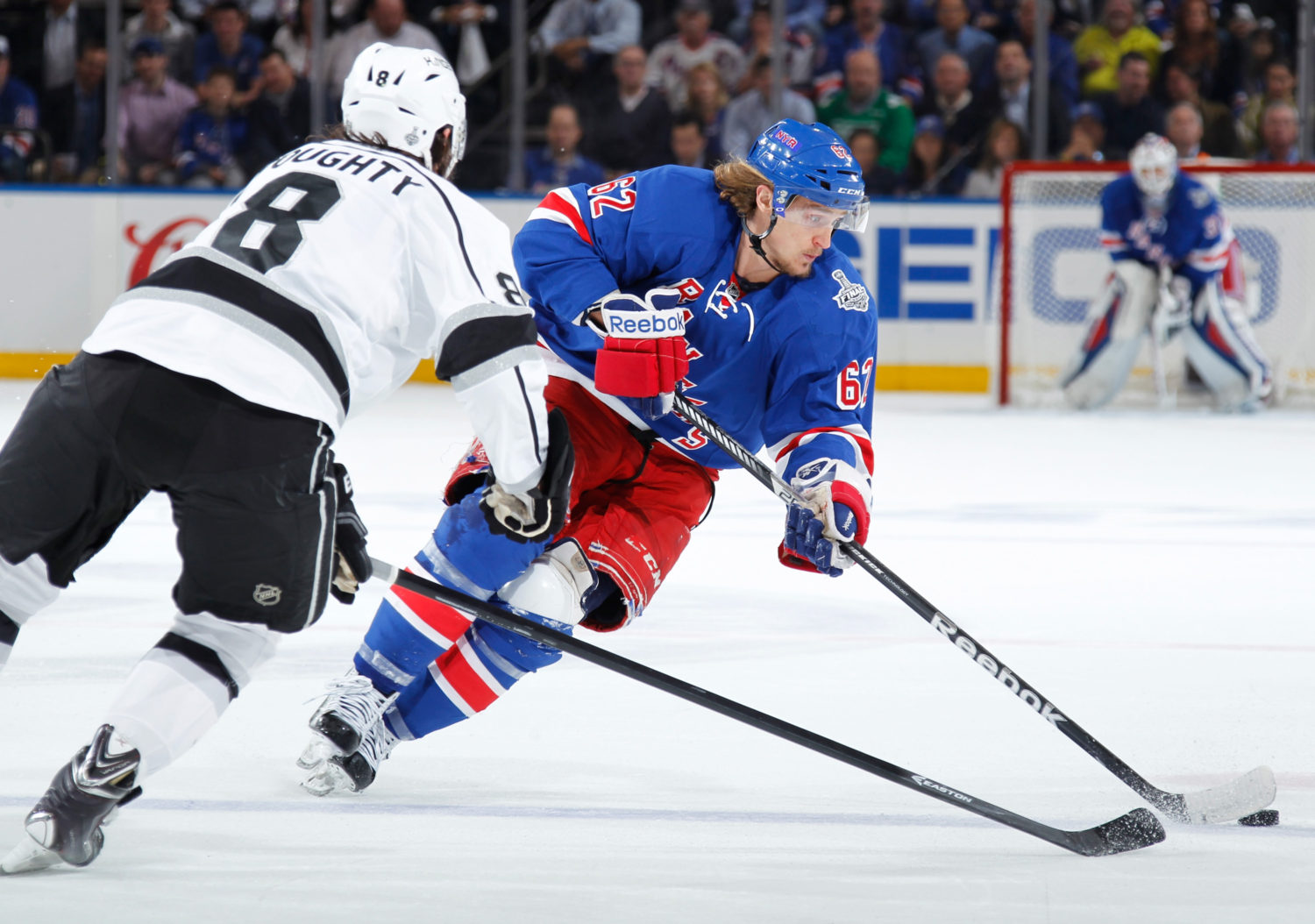