How will Budaj and Petersen split time? Will the team's style change? - LA Kings Insider

How will Budaj and Petersen split time? Will the team’s style change?

After a 1-0 loss to Calgary in which the LA Kings extended their scoreless streak to over 115 minutes and directed just 21 shots onto David Rittich, Willie Desjardins was asked whether he was willing to sacrifice a little bit of defense for some offense. “We have to,” he replied. “We’re not creating enough right now.”

An astute reporter on Monday asked whether that was still the modus operandi some 24 hours after the team had learned that Jack Campbell would also be sidelined due to surgery to repair a torn meniscus, leaving Peter Budaj and Cal Petersen to tend the crease.

“That’s a good question,” Desjardins said. “I thought about that question today.”

It’s a question the team will continue to decipher the answer to, but there does seem to be an intent to hunker down and circle-the-wagons, so to speak, in order to win hockey games with their third and fourth-string goalies holding down the fort.

“We might have to go back a little bit and be a little more defensive right now. This team’s always been successful because of how they’ve defended. We might have to work at defending a little bit more and put some pieces in place, but we have to defend well,” Desjardins continued.

The team certainly defended well the last time that Budaj, now 36, was thrust into a wide role. Two years ago, he was in the conversation to be a mid-season All-Star and used his resurgence – and late-season trade – to command a two-year extension with Tampa Bay for $2.05 million.

“I think we’ve made some good strides defensively,” Budaj said. “I think we allowed fewer odd-man rushes. Everybody has to contribute the way they need no. The penalty kill has to do the penalty kill, the goalies have to make saves, scorers have to score and checkers have to check. That’s why there are different roles on the team. You just have to stick to it. We have to believe in our team and believe in our system and just take it one game at a time.”

There’s also former Notre Dame star Cal Petersen, who chose not to sign with Buffalo – the team that had originally drafted him in the fifth round in 2013 – and instead signed with Los Angeles as a free agent on July 1, 2017. The 24-year-old is the crease’s heir apparent over a longer span but hasn’t yet gotten into an NHL game. That’s likely to change this week. Asked whether there was any general understanding of when it had been theorized he’d get an opportunity with Los Angeles while in negotiations with the team, he said, “there wasn’t anything set in stone.”

“I think one of the things they laid out and one of the things that appealed to me so much is you know you’re going to get what you earn, and I think performance has a way of dictating opportunities. That’s the mentality – if I do my job and progress every day and make sure I’m successful at every level I play in, I’m confident that one way or another that I’d get the opportunity,” Petersen continued.

No script towards the ideal goaltending rhythm was explicitly shared with reporters, but if we are to read the proverbial tea laves, it did appear as through Budaj, who has 55 career Kings games next to his name, could get that first crack.

“I think we’ll see both guys as we go forward,” Desjardins said. “Peter’s been around and he’s battled hard with us. He’s certainly going to get a chance. Cal coming in, I think it helps for him to get a chance to see the game a little bit, get comfortable. Both guys will see some time. They’ve both waited for it, and it’s their chance, so it’s a good chance for ‘em.”

Budaj, no doubt, endeared himself to Kings fans as an unheralded, veteran goalie who’d passed through waivers three Septembers ago – something that sat poorly with him at the outset of 2016-17 after an All-Star AHL campaign – who immediately provided a shot in the arm at the most important position on the ice. With seven shutouts as a King, he’s tied with Martin Jones, Gary Edwards and Gerry Desjardins for the eighth most in club history.

“It’s been a work-in-process,” Ranford said. “He basically barely played last year with the injury early on in the season, so it’s just kind of getting him back on track. He was frustrated by some of the habits that he got into. We’ve just been working through it and trying to get him back on track the way he was two years ago.”

While Budaj posted suspect numbers for the Lightning, an organization that otherwise has maintained a top-10 league save percentage since his arrival, there’s still the template of success that he can draw upon while in the Kings’ room.

“I think both goalies have done really well,” Trevor Lewis said. “Cal’s been great down there for them. Obviously Boods, over his career, he’s been pretty good, too. We have full confidence in both of them.” 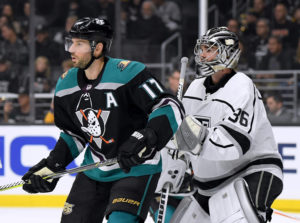 Meanwhile, it’s a difficult time for Campbell, who continued to put the team in a position to win each time he took the ice. With a 2.33 GAA, a .923 Sv% and one shutout in 13 outings, he couldn’t have done much more for a team that has endured a nightmare start to the season but has recently cut down on its shots and chances against rate.

It was confirmed that he injury occurred when Sam Bennett shoved Nate Thompson into Campbell during the second period Saturday night.

“I was surprised that he finished the game,” Ranford said. “When I saw his leg got caught under him, and any time you see it kind of snap out, you know it’s usually not good.”

“That’s what’s tough. You get into those scrums and somebody gets cross-checked from behind and you go flying into the goalie. The goalie’s vulnerable, the player’s vulnerable, and that’s basically what happened. Two guys going hard to the net, and the guy hits Thommer from behind and he loses his balance and Jack’s in a vulnerable position. That’s why they try and get away from those scrums, … so those freak injuries don’t happen that way, but it was one of those games that was a scrum after every single whistle and it cost us another goalie.”

It’s particularly hard for the team to accept that the injury will sideline one of the players that has clearly been a part of the solution this season and had quickly endeared himself to his teammates during a limited NHL stay in which he was becoming more entrenched by the day.

“I talked to him last night obviously once we heard the results of the MRI, and he was pretty disappointed,” Ranford said. “He was playing some great hockey for us and giving us a chance to win every night. This was his opportunity to shine, and he did shine. So, he’s pretty bummed out. He’s an emotional kid, and he’s pretty bummed. He wanted to see if they could brace it until Quickie is back, but it’s a bad injury. Not a lengthy injury, but it’s a bad injury that had to be fixed.” 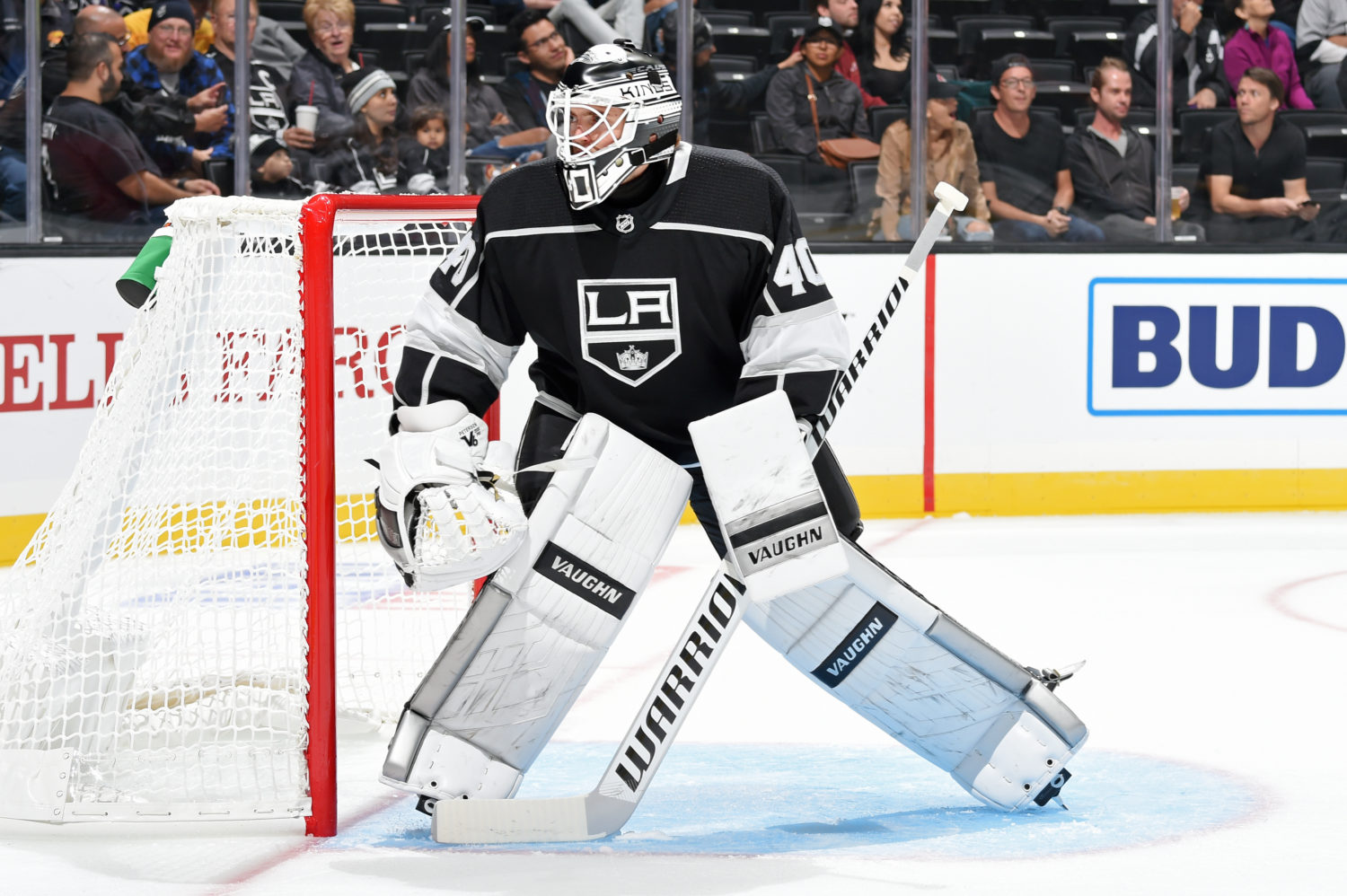