The Ontario Reign have made a roster move as forward Emerson Etem was released from his PTO with the team. Etem appeared in eight of Ontario’s first 10 games this season, collecting one goal, but was a scratch on Saturday before he was released over the weekend.

Etem showed his trademark speed with the Reign and had his flashes at times, but played almost exclusively in the bottom six in his time with the Reign.

Etem’s one goal was the team was a beauty though – a spinning, baseball swing, where he knocked the puck home out of mid-air. It’s currently unclear what the next move is for the Long Beach, CA native, will update if/when that information arises. 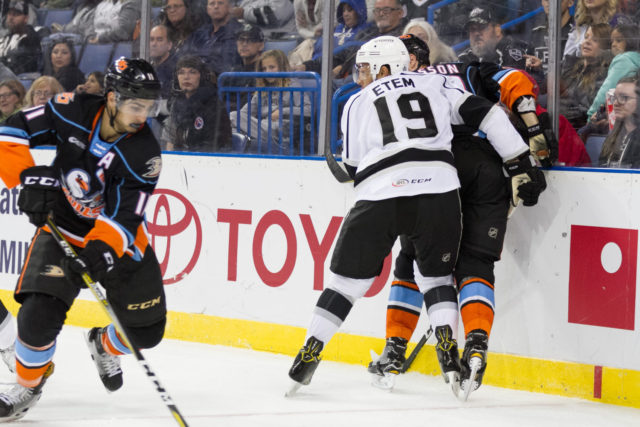