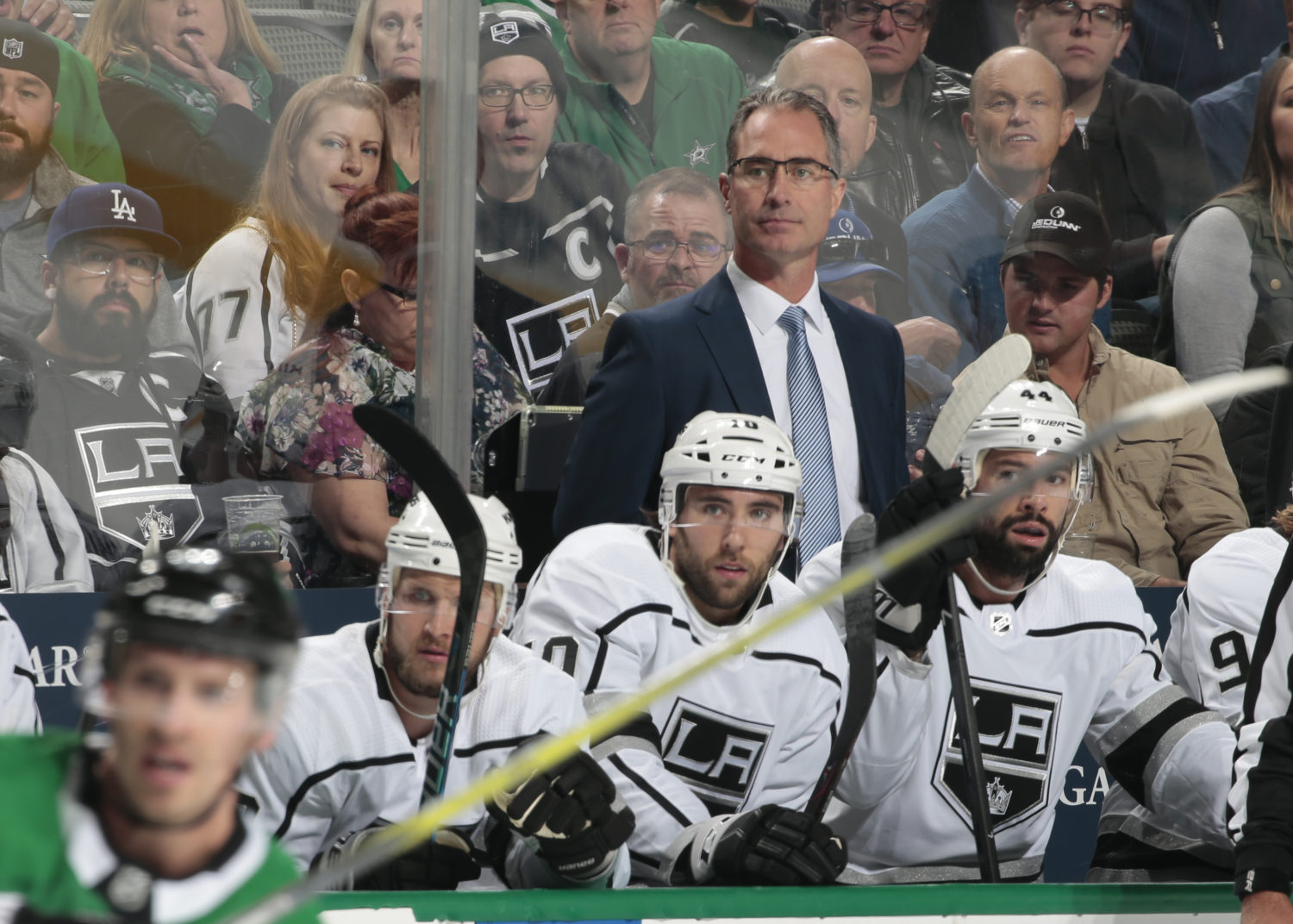 Well, we had a sense this conversation was coming. The LA Kings are 2-7-1, and at a point on the graph in which they’re nearing that critical mass where significant moves are made. Over the past week, I had the sense that the balance was tipped towards letting the players and coaches navigate a way out of this quagmire and, with Dustin Brown’s impending return, perhaps there’s still some slack left on the organizational rope. But the grip on that taut rope is getting tighter, and with Los Angeles in 30th place among 31 teams, it’s not outlandish to think that the precipice of change lay just ahead. So, on Saturday, John Stevens was asked about his current predicament, and understood that such speculation comes with the territory.

John Stevens, on how concerned he is with his job security, given the team’s struggles:
Well, it’s the nature of the beast, to be honest with you. We’re in this business to get the most out of your team to win hockey games, and we haven’t performed very well. It’s not something I’m going to get up and worry about. When you get into this business, you know that you’re going to be held accountable for the success of the team, and I totally get that. I pour all my effort into trying to help these players play their best and the team perform their best, but that comes with the territory, and if that happens – and it happens a lot – I knew that getting into this business. We’re going to continue trying to improve this hockey team and trying to get this team on the right track. That’s always the threat in this business.

Stevens, on how the environment in Philadelphia prepared him for this current stretch:
It’s no different. I was part of Hitch’s staff when Hitch got fired, I was part of the staffs here. I don’t think coaches ever stop trying to make their team better. You’ve got a belief in how your team wants to play, you’ve got a belief in how your players are going to perform and what they’re capable of. That doesn’t change. The hardest thing in our business is when you don’t have success, because when you pour everything into it and the team doesn’t have success, it’s actually harder coaching than it was playing because you feel responsible for the group. But, Philly’s no different. They have high expectations there and that’s what you want. We have made a step there, we got into the playoffs. We were pushing 100 points two years in a row, and it was time to take the next step. In Los Angeles here, the standard has been set high. The team has accomplished a lot and is expected to win, and when it doesn’t, it’s unacceptable.

Stevens, on discussing personal topics with other coaches in addition to schematic discussions:
If you have relationships with coaches, you talk to them about situations all the time. You’re not going to talk to teams in your division about how you can beat them, and teams are so busy during the year, but it’s a pretty tight group and network of coaches out there, and I think we all have an appreciation for how hard it is, how hard all the coaches work to try and be successful, and sometimes you’ve got your own staff obviously to talk to, but you’ve also got colleagues around the league that are good friends and you’ve got lots of guys coaching in the league that you can certainly have conversations with to bounce ideas off or just have a conversation that’s outside of your normal interactions with your own staff.