Waking up with the Kings: October 24 - LA Kings Insider

The LA Kings played a better road game in Dallas on Tuesday but again surrendered an early goal, chased the game and lost 4-2 to a team that played with better detail. Though the effort can’t be faulted – Los Angeles controlled the puck and generated both a higher quality and quantity of scoring chances – there are still plenty of red flags. This was a battle between two scuffling teams needing to get their games on track, and while the Kings graded much better in their emotional investment than the previous handful of games, they still lost by multiple goals to another team that did not make the playoffs last season and was without their co-leading scorer. If there was an opportunity to claw back into the game and forge a better result, it would have been during a second period in which Los Angeles took 15 of the first 18 shot attempts and registered seven of the first eight scoring chances, per Natural Stat Trick. Their lack of finishing ability was a significant factor in defeat. With an opportunity to equalize early in the second, Tyler Toffoli ran out of yardage trying to stickhandle around Ben Bishop on a partial breakaway, and when the puck subsequently popped free to Michael Amadio, his net-bound attempt was blocked by Julius Honka’s skate. Just over five minutes later, a wide gap in coverage allowed Justin Dowling a clean zone entry and Jason Spezza the fortune to bury his long rebound. 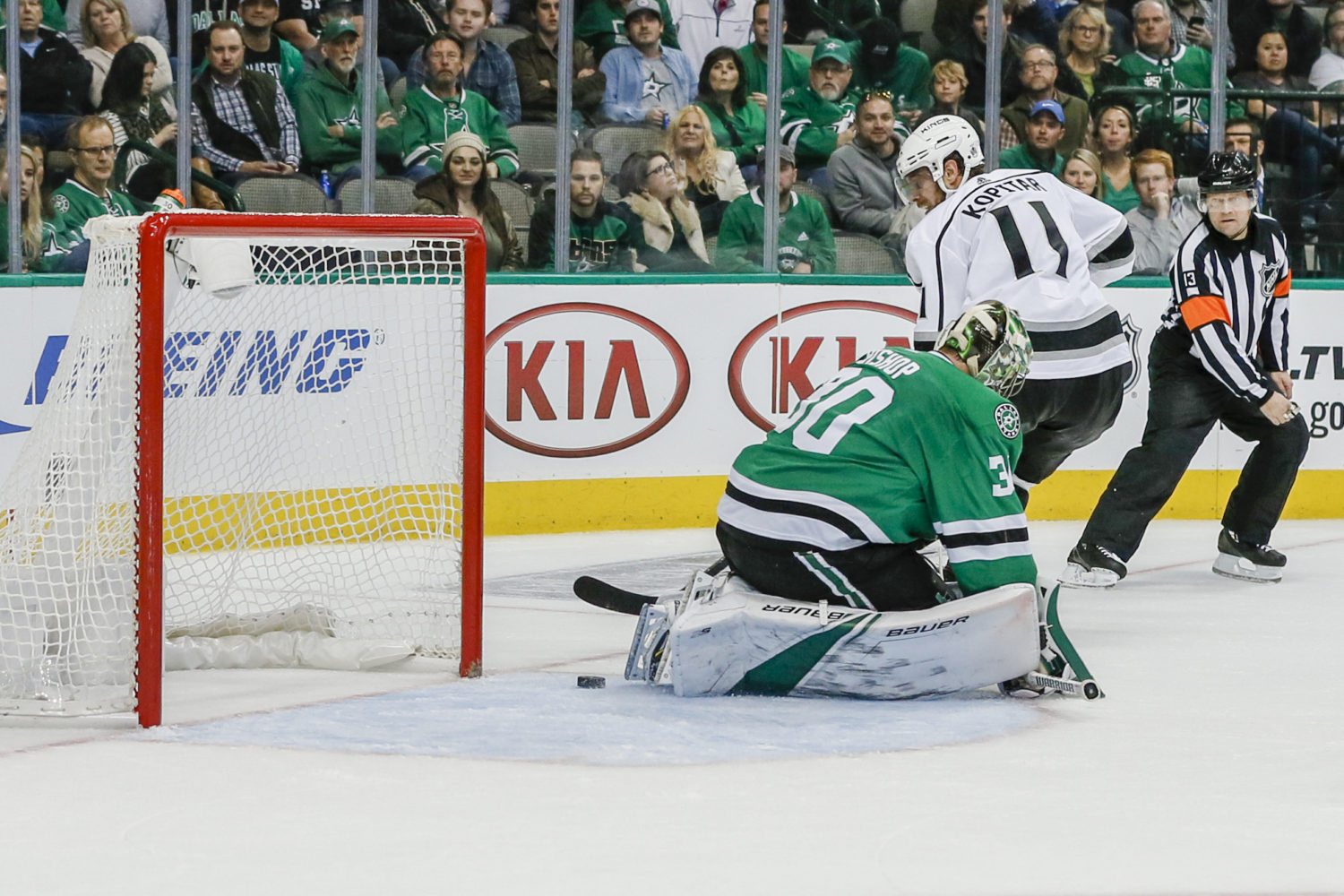 Like the Islanders game, it was the opposition’s role players that hurt the Kings, which placed in context with the Anze Kopitar and Tyler Toffoli goals, again suggests that they’re still not getting enough contributions from their bottom-six forwards. Through nine games, Los Angeles has received three goals in any situation from forwards who do not play on the top two lines. Tyler Seguin and Jamie Benn were held without a five-on-five point. Difference-makers on Tuesday included Jason Dickinson, Blake Comeau and Devin Shore. Dickinson was particularly menacing, and by generating momentum and dragging Derek Forbort behind the net early in the first period, he was able to hit a seam and find an unmarked Comeau for the go-ahead goal. Improving first periods was among the focuses of the coaching staff’s work over the off-season, but through the first nine games, the Kings have been outscored 11-5 through the first 20 minutes. They’ve now been outscored 90-57 in first periods dating back to the beginning of the 2017-18 season and haven’t led at any point since the Montreal game two Thursdays ago. 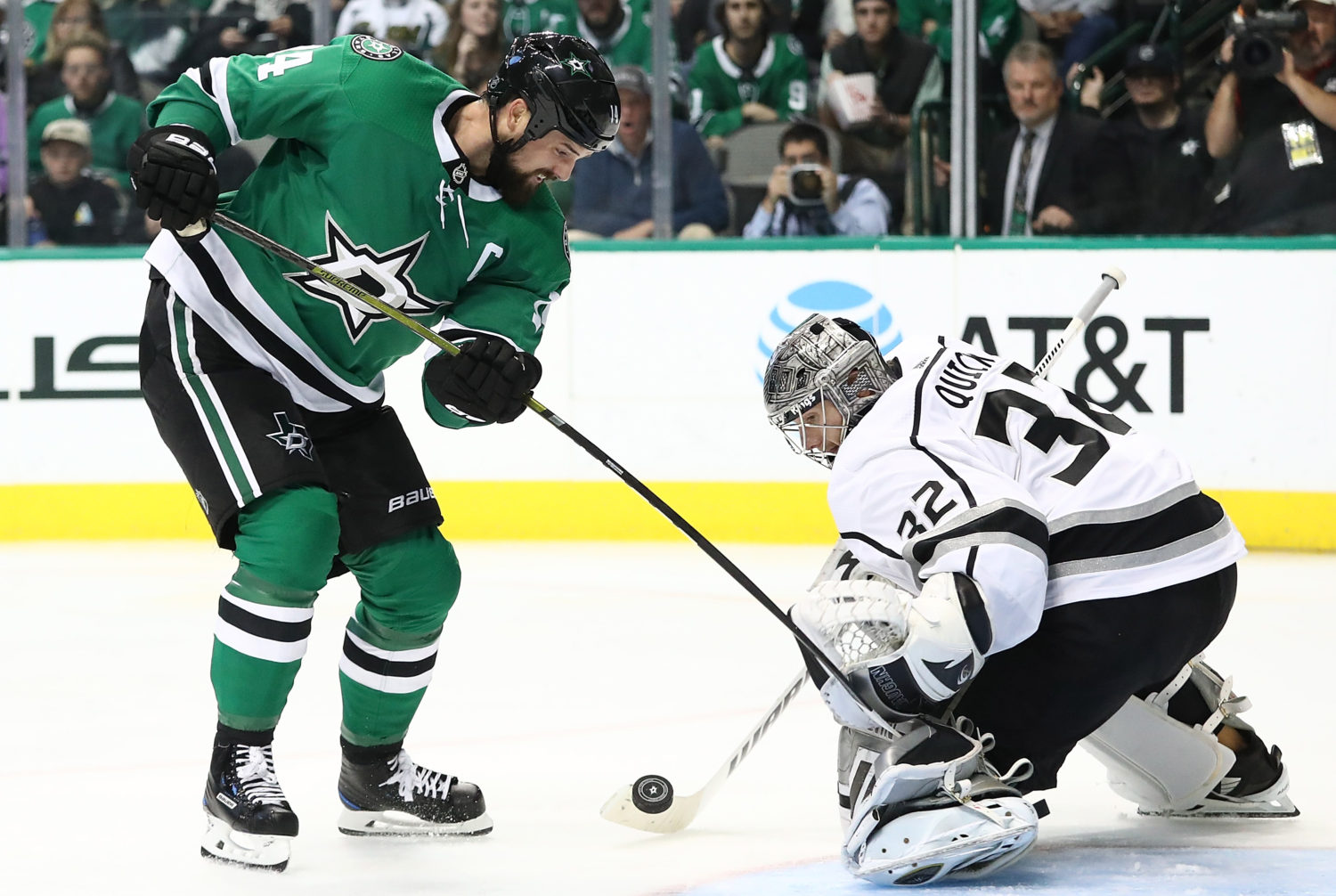 Individually, there was some good and some bad. Jake Muzzin and Alec Martinez continually got pucks through towards the net and would’ve been rewarded on the scoreboard with some better luck. Ditto for the Kopitar line, which played in the offensive zone to a high degree. LAKI doesn’t have any strong opinions on lines or pairings and who should play with who and WHY ISN’T PLAYER X WITH PLAYER Y, but he does like the idea of right-handed finisher Tyler Toffoli playing to the right of left-handed Anze Kopitar. This will probably change when Dustin Brown – who has better rates and numbers alongside Kopitar – returns, most likely on Sunday. Sean Walker did more than enough to remain in the lineup for Thursday’s game at Minnesota. His first NHL shot on goal was a scoring chance, and he logged an assist with a stretch pass that freed Tyler Toffoli for a breakaway goal and very well could’ve doubled his point haul in his debut. On the play in which Nate Thompson’s backhander was kept out of the net by a lunging Bishop, Walker had Dickinson squarely in his wheelhouse when he was issued a dicey pass from Trevor Lewis. Walker moved his feet and made one of his many simple, effective plays – he quickly snapped the pass towards the front of the net, where Thompson knocked it down and generated a scoring chance (but not a goal) with his backhander. On the flip side, Adrian Kempe took two more offensive zone penalties, the second of which led to Tyler Pitlick’s power play insurance tally. He has seven minor penalties through nine games, even if the first of his two penalties Tuesday was on the iffy side. But Kempe, at this point, isn’t really going to be getting the benefit of the doubt. Jonathan Quick was hardly at fault for the Comeau and Pitlick goals, and you can’t really fault him for the John Klingberg goal, which deflected off Jeff Carter’s stick blade. He also made several key saves, one of which was on Dickinson after an ill-advised behind-the-back pass upon a zone entry by Kempe. Quick has a 4.55 goals-against average and an .845 save percentage in a limited sample size thus far. Though those are some crooked numbers, and though he hasn’t been at his best, those statistics are more representative of a poor overall team game than his own personal shortcomings. 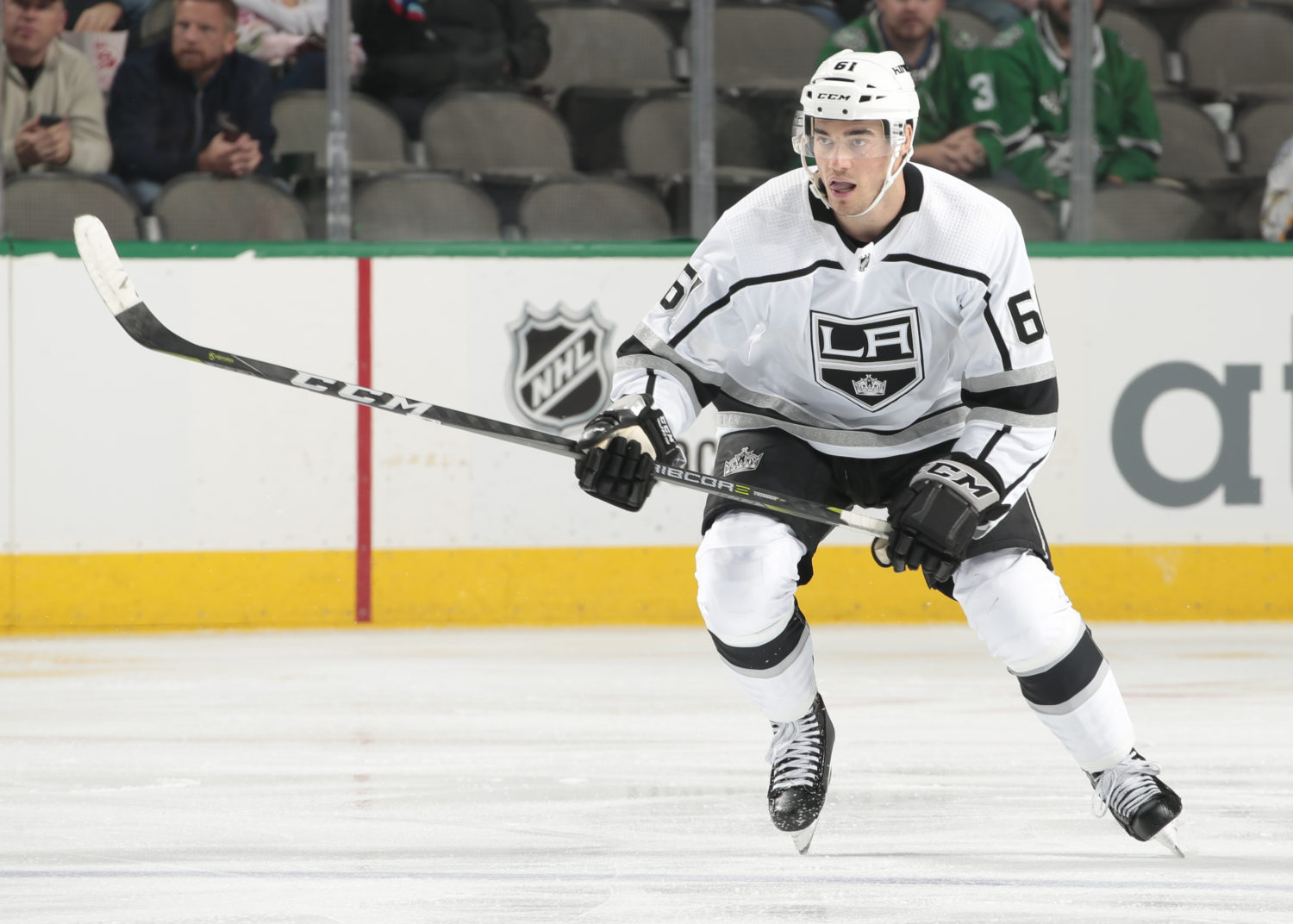