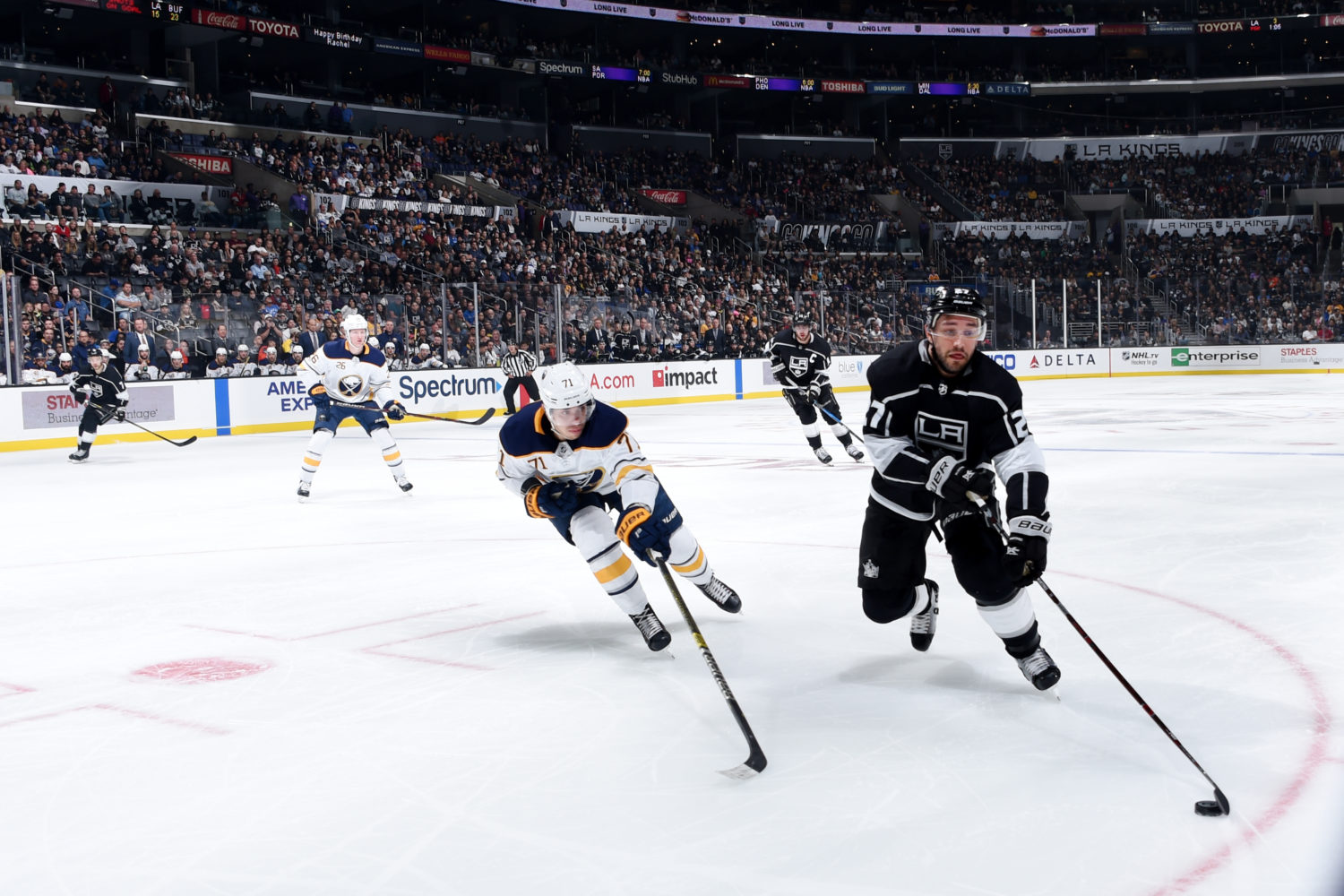 John Stevens, on what will have to happen to turn the season around:
I’ll be honest, I don’t have an answer at this second. I thought after the way we played the other night we’d have come and ripped the doors of the hinges tonight. We have great fans here, and guys love playing at home because of the support we get at home here. I don’t have an answer right now.

Stevens, on where the team’s “fight-back” is:
It’s missing. It’s missing. We can’t go in and expect to win games – get points with the goalie getting a shutout. If we expect our goalie to get us points just by getting a shutout, it’s not going to happen. It’s missing, and like I said, I’m a little befumbled at where it’s at at this particular time, just because, again, I thought the conversation we had with the guys after coming off the last game, I thought there would’ve been a really good response. So, where is it? I mean, it’s the work and the fight to get the puck. You can talk about scoring all you want. You need the puck to do that. For two periods, all we did was chase it. We’ve got to get to work.

Stevens, on the challenges of chasing the puck:
Like I said, you can’t win nothing-nothing, and you end up chasing games. The first period, you get down in a deficit like that, but again, last year we got a situation where we got down, it didn’t bother us. We came back and fought back all the time. But when you don’t score, you’re going to be down, and we ended up chasing the game, burning a lot of energy. It’s not chasing the game – we got down and stayed down there for quite a while. We’ve got some work to do.

Stevens, on an assertion that the defensive structure is similar but the execution is different:
In terms of the intention of the structure, I think that we’ve always tried to implement some things we’re seeing to try and get better. There’s a lot more activity in defense, so if there’s any particular attention to that part of the game – structure is one thing. I’ve always used the analysis with the guys – it’s a racecar, right? The racecars are all the same. They measure them so they’re the same. Make sure that they weigh the same, the same clearance off the ground. One wins, one loses because why? Because of the driver of the car. We have to do a better job as coaches getting the structure in place, and as a group, we have to do a better job of driving the car.

Kopitar, on what was said in the locker room and what the tone of the conversation was:
I’m not going to spill any beans, but just made sure that the things that needed to be better were addressed. Sometimes it’s good to talk right after the game. Just raw emotion comes up and there’s nothing under the table. Come Monday in practice we’re going to be ready to go on the road and we’re going to go into Dallas and try and win a hockey game.

Drew Doughty, on whether he saw any improvement in today’s game:
Definitely not enough improvement. It’s a very frustrating game once again and we felt we were doing a lot of talking and talking about what we need to do and we know what we need to do, we know all the right things to do, but we’re just not going out there and doing them. I think I’ve said this before, but we just all need to pick up own game individually and look at ourselves in the mirror and ask ourselves if we’re doing the things we need to do to make this team win. If you’re not doing that, we’re not going to win games because we need every single guy on the team to do that.

Doughty, on whether the team is in a “funk” collectively:
I don’t feel like we’re in a funk when I’m out on the ice, but I do feel like once things go bad that it really goes south rather then when things go bad we pick each other up and come back and get a goal. When things have been going wrong, a bad bounce or and there, things have been going south. So you can’t talk and say that things have been lucky for other teams as much as maybe they have been. You’ve got to work to get the luck back on our side and we haven’t been working and competing.

Doughty, on the defensive structure of the team:
I don’t have an answer for that. We haven’t changed our defensive structure so we’re supposed to be doing the same things that we’ve always been doing and I think that a lot of that is caused by our turnovers. We’ve been doing a lot of turnovers from our defensemen to the wingers and the wingers try to get it out or anything like that. We’ve been turning the puck over a lot in our half of the ice and when you turn the puck over in your half of the ice it’s hard to set up defensively because they’re on the counter attack so fast, so obviously take care of the puck a little better.

Muzzin, on if there is anything he thinks is causing the team’s recent struggles:
I don’t know. I don’t think we’ve got enough fire and emotion and passion to win games right now. For some reason we’ve accepted being okay and it’s obviously not working.

Muzzin, on whether there has been passion in the last few games:
No and you can see it. It’s, like I said, we’ve accepted being okay and it’s not okay. It’s not working. It’s going to be a long year and guys’ll be moved if this continues and it’s not what we want so we’ve got to take a look in the mirror and turn this ship around.

–With the loss, Los Angeles fell to 46-58-20 all-time against Buffalo, a record that includes a home mark of 29-25-9. The loss ended the Kings’ seven-game winning streak against Buffalo at Staples Center – the Sabres won a game as the designated visiting team in Berlin in 2011-12 – dating back to a 5-1 loss on October 23, 2003 in which Derek Armstrong scored for Los Angeles and Taylor Pyatt (2), Miroslav Satan, Chris Taylor and Curtis Brown scored for Buffalo. These teams complete their season series on December 11 at KeyBank Arena.