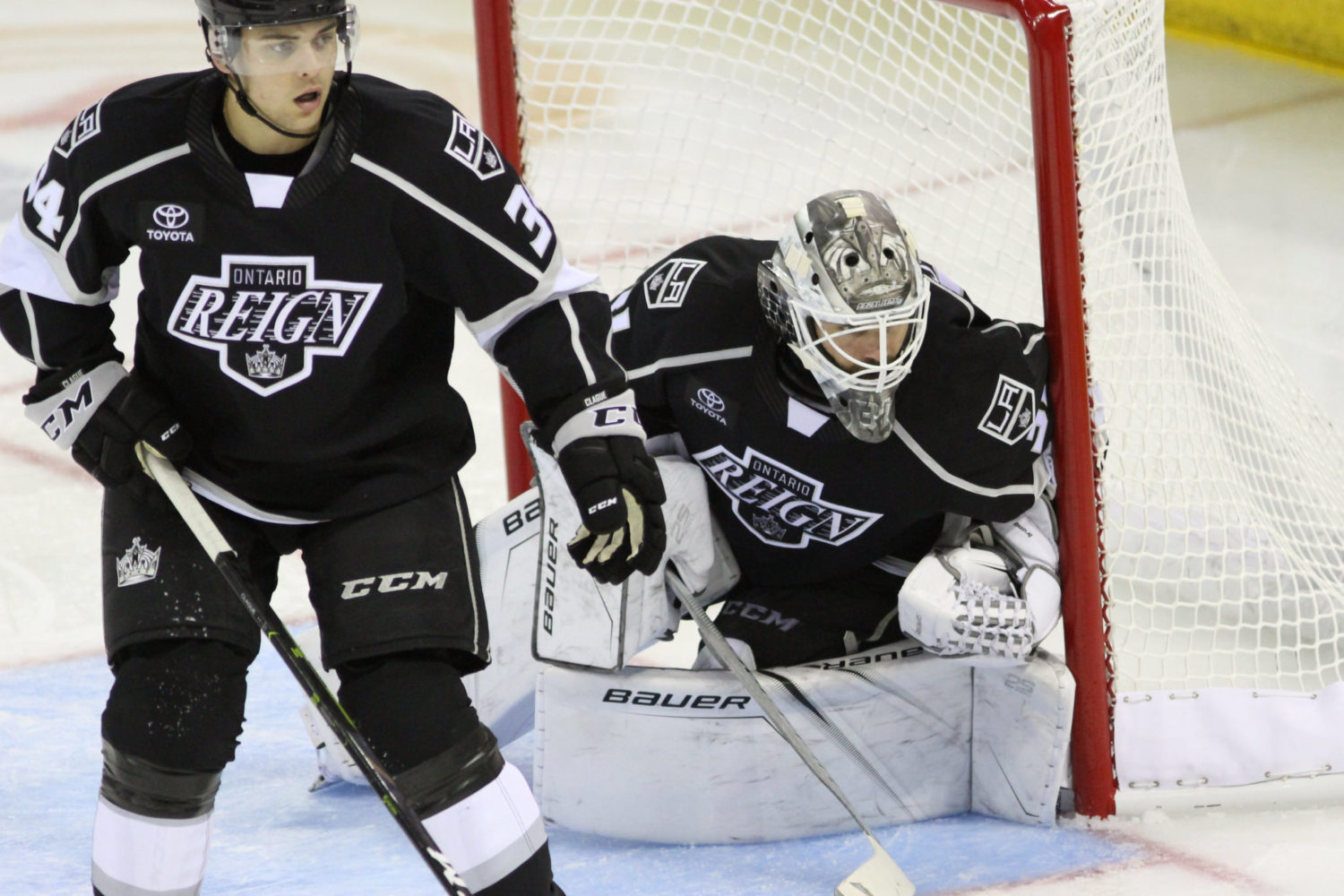 TONIGHT’S MATCHUP: The Ontario Reign hit the road for their second trip of the season and their first ever AHL meeting with the league’s newest team, the Colorado Eagles. The Reign concluded a three-game homestand on Wednesday with three points, following a 5-4 overtime defeat against the Milwaukee Admirals.

WHAT TO WATCH FOR: Tonight’s matchup is one of eight games between the Reign and Eagles this season, including the first of four in Colorado. This marks the first matchup in AHL history between Ontario and Colorado, with the Eagles just four games into their tenure as the AHL affiliate of the Colorado Avalanche. In Ontario’s time as an AHL franchise, it has posted an 8-1-3-0 record in two seasons against Avalanche affiliated teams at the AHL level, with Colorado going unaffiliated last season.

WHACK-A-MOUL: Reign forward and alternate captain Matt Moulson collected a goal and an assist on Wednesday, the only Ontario skater with multiple points on the evening. Moulson has now tallied six points (2-4-6) from five games played, and has collected a point in four straight games, including two points in the last two. For his AHL career, Moulson has amassed 212 points (94-118-212) from 242 games played, all coming within the Kings organization.

WALKER THIS WAY: Ontario blueliner Sean Walker scored his first goal of the 2018-19 season, a first-period tally that gave the Reign its first lead of the evening. Walker’s goal gives him three points (1-2-3) from five games played this season, one game after he tallied a pair of assists against San Diego. The Bowling Green product also posted a career-high 12 shots on goal on Wednesday, four greater than his previous career-best of eight, which came on April 4 of last season against Bakersfield.

EYSS IN THE HOLE: Reign forward Mikey Eyssimont scored the go-ahead goal midway through the third period on Wednesday, his third tally of the season. With forward Sheldon Rempal in the NHL with the Kings, Eyssimont is Ontario’s active leading goal scorer and is tied for third on the team with five points (3-2-5). Eyssimont has amassed a pair of multi-point games over his last four contests and has found the back of the net in three of those four games.

FIRST PERIOD FURY: On Wednesday evening against Milwaukee, the Reign carried a 2-1 lead through the opening 20 minutes, marking the fifth straight time that an Ontario game has had three or more goals through the first period of play. The Reign lead the AHL in both goals scored (11) and goals conceded (13) during the first period this season, with the 24 combined goals seven higher than the next closest team (Binghamton, 17) and four goals higher than the total number of goals in Reign games between the second, third and overtime periods.

ROSTER MOVES: The Reign made four roster moves yesterday, seeing goaltender Peter Budaj and forward Spencer Watson re-join the team, while goaltender Cole Kehler and defenseman Austin Strand were reassigned to the ECHL’s Manchester Monarchs (more on that HERE). Budaj returns from the NHL’s Los Angeles Kings with a 1-0-0 record with the Reign while Watson collected two points (1-1-2) from two ECHL games with Manchester thus far this season.

BACK IN THE DAY: While Ontario and Colorado have never met at the AHL level, the two teams did square off 37 times as members of the ECHL from 2011-15. The Reign posted a 21-10-5-1 record against the Eagles at the ECHL level, as well as a series victory in the first round of the 2015 Kelly Cup Playoffs, prior to the Reign’s move to the AHL. Colorado departed the ECHL as a two-time defending Kelly Cup Champion, defending their title a season ago.