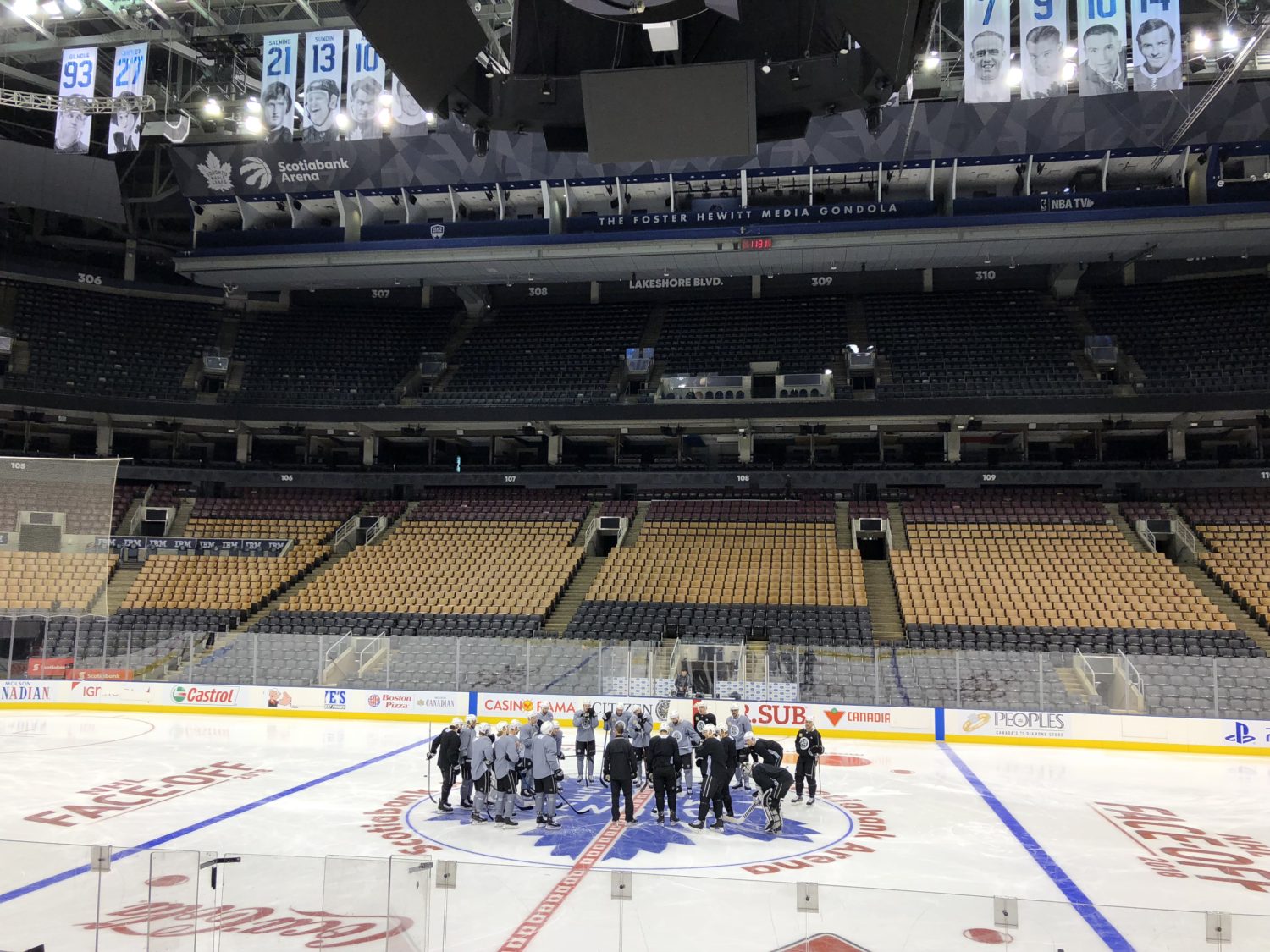 INSIDERS. A good afternoon to you. Several quick lineup notes before I get out of my hotel room and head back to Scotiabank Arena for an NHL Now hit that will air at 1:10 PT:

–Lines have been adjusted. Fantenberg in, LaDue out, Campbell to start:

.@sportingnewsca #Leafs lines and pairings at morning skate prior to game vs. LA

The word on the street is that Andersen is a touch under the weather and there’s a chance Eamon McAdam may be recalled to back Sparks up tonight. Sparks has never faced the Kings. Anderson, on the other hand, ranks fairly high on the regicide scale with a 6-1-2 record, 2.47 goals-against average largely inflated by this game, and a .925 save percentage against Los Angeles. The Leafs are bereft of injury.