So! Let’s ease into these road games against the ::checks notes:: Western Conference championship finalists. It’s the Jets’ home opener tonight, marking the second time in six years the Kings will hear the first deafening TRUE NORTH of the season. On Thursday, we’ll also experience the pageantry and introductions in Montreal, which should be pretty special, and against a Habs team with three points through two games and four days off in advance of their home opener, there will be tremendous energy in the building. But, we’re not there yet. Back to Winnipeg.

So, this is the 10th year of LA Kings Insider. Oh, I’ve wasted my life. I don’t really want to make an enormous deal out of it, because round numbers are hardly anniversaries – they’re just round numbers. But I do want to say thank you for letting me slide into your digital lives and welcoming me to laugh at the same jokes you and Rich laughed at. I mean, when we travel to Dallas, I get three notifications before I even wake up asking for photos of Munters Central. These are the best compliments. I mean, we’ve created an anthropomorphic deity named MUNTY together. When I was mere weeks into the gig in the winter of 2013, the late and welcoming Bruce Cameron, aka Ice Guy, shipped an LAKI mug to me to welcome me to the group. Emailing with him, I learned that – through his film and TV work and craft services experience – that “when you get a coffee and a plastic spoon, stir the coffee. If the spoon comes out like its been in an acid bath – THEN you know it’s good coffee.” Thank you, Bruce. Let’s all have fun in IceGuy’s name this year and for all the hand-wringing, let’s also make sure this fun and irreverence remains part and parcel to the news and reporting. Thank you, as always, for reading.

Because it was Canadian Thanksgiving, it was a quiet day on the streets of Winnipeg when we landed shortly after 3:00 p.m.:

The Kings are scheduled to take the ice at 11:30 a.m. at Bell MTS Place. I’ll join TSN 1290 at 9:00 a.m. PT and JetsTV at 4:10 p.m. PT. Big thanks to Ryan Brandt with TSN and JetsTV Host and Insider Jamie Thomas for the invites! It’s fun to make an extended Canadian swing so early in the season. Let’s talk soon, Insiders. 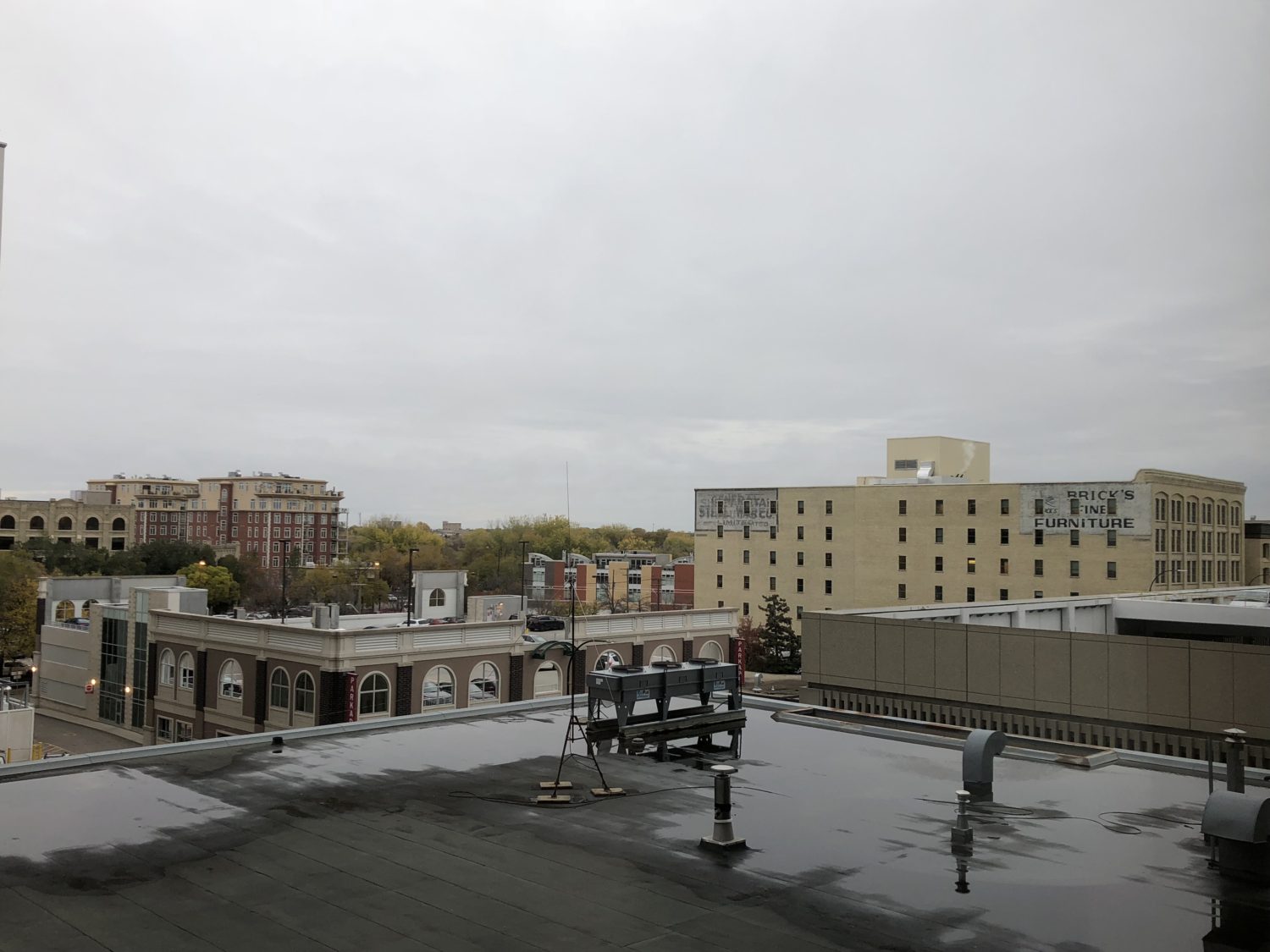