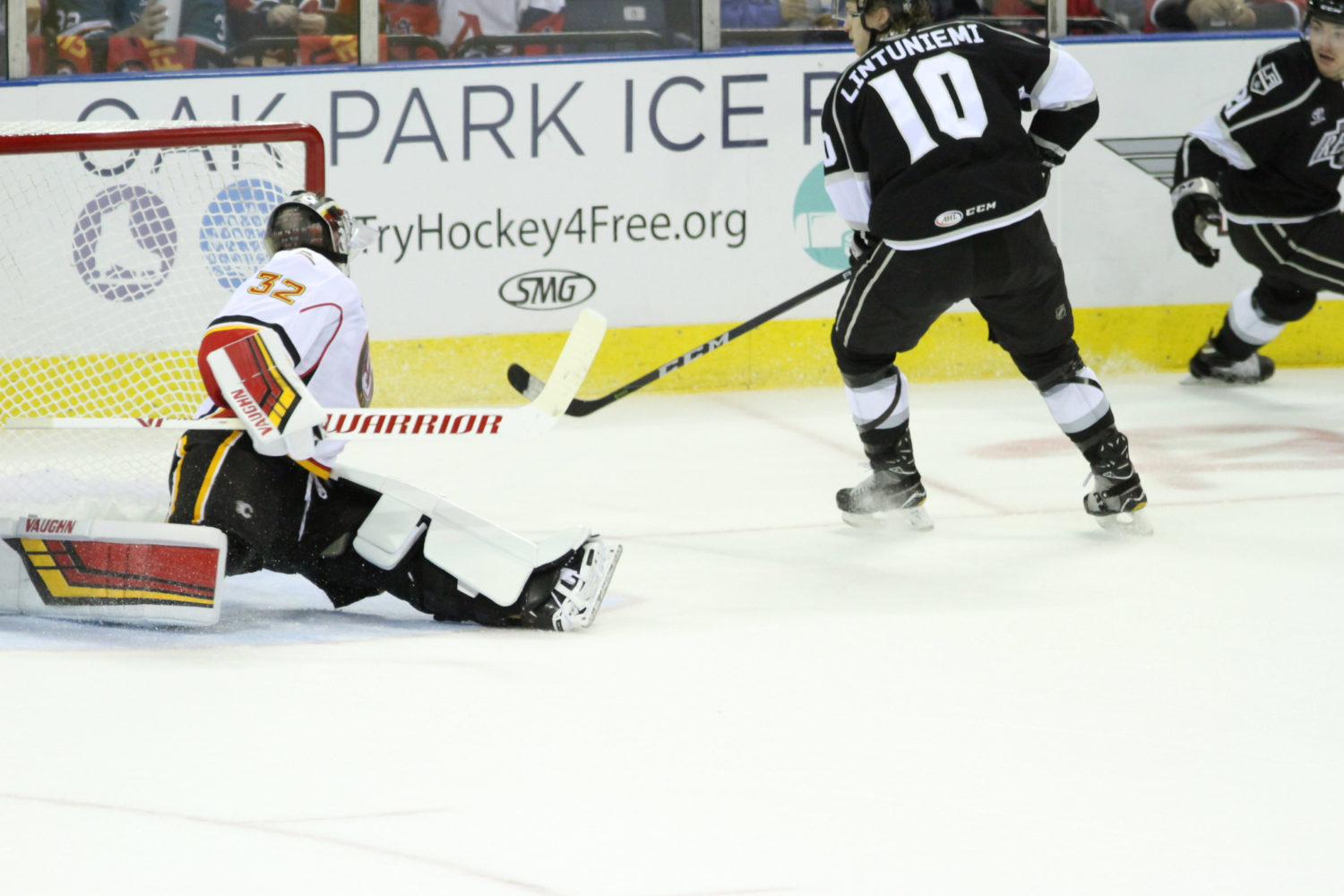 The Ontario Reign earned their first victory of the 2018-19 season as they came from behind in a thrilling 6-5 overtime victory over the Stockton Heat. Defenseman Alex Lintuniemi scored his first goal of the season 2:09 into overtime for the game-winning tally. Ontario trailed 4-1 early in the game but scored three goals in 105 seconds midway through the opening period to knot the game at four.

Forward Brett Sutter (1-2-3) and defenseman Kurtis MacDermid (0-3-3) each collected three points in the victory as the Reign moved to 1-1-0 on the season. Forwards Mikey Eyssimont and Sheldon Rempal, as well as defenseman Daniel Brickley, scored the first goals of their professional careers in the win. Goaltender Peter Budaj earned his first win back in a Reign jersey as he turned aside 25 shots, including several quality chances down the stretch to keep the game tied.

Couple of notes –
– This game was just flat-out entertaining. Stockton took a 4-1 lead in the game’s first 10:17 before Ontario scored three goals in a span of a minute and 45 seconds to tie the game at four. A 4-4 game through 13:26. Wild. Things calmed down after that on the scoring front but both teams had chances to earn the win in regulation. Budaj made several saves with the game tied at 5 to keep the Reign knotted up.
– The Reign went down by three goals for the second straight regular-season game and have trailed by multiple goals in all four games played between the regular season and preseason – Ontario is 3-1 in those games, showing an ability to come from behind to earn a victory.
– Ontario converted on the power-play for the second straight game. The Reign were previously 4-of-6 on the PP in the preseason and have now scored in both games to open the regular season.
– Rempal’s goal – Ontario’s fifth goal of the game – was changed on the official scoring sheet three times. Originally recorded as Rempal’s goal, it was originally changed to a Sutter re-direct, then a MacDermid re-direct, before it was finally settled as a Rempal goal.

Stothers on getting the first win in two games this year as opposed to six last year
I mean it just feels good. We didn’t really think much about last year, that’s behind us and we just knew we could play better than we did in Game 1. You look at the score and you might think “no we didn’t” but we actually did do a lot of things better. It was just one of those nights where, at the end of it, you’re probably surprised that both teams still had their starting goalies in net when the final buzzer went. I’m convinced that we’ve got solid goaltending and they’re going to provide us with a chance to win each and every night, both Cal and Buuds. It doesn’t matter what’s going on in front of them, they’re going to battle hard and they stayed with it and they give us a chance to win. Buuds did that for us tonight and it’s a reflection of how our team can operate when we have confidence in our goaltending and it moves out to the other players on the ice.

On coming back from three goals down
Well, it’s great yeah, but we fell behind by three last night and we didn’t come back, we’re not always going to do so. It’s not a great recipe for stringing together a lot of wins, but it shows that they’ve got some resilience, they keep plugging away and for that I admire them. That’s a part of the good leadership to do that with the older guys, we’ve got some good leaders in Sutter, Moulson and Herr abd guys like that, they don’t just roll over, they keep playing and keep going and playing hard. I think it’s a good reflection of everybody, everybody’s feeling good going home on the bus tonight and we’ll get a good week of practice, and get ready for the two games next weekend in Ontario and enjoy the home opener.

On the last time he saw a start like that
Probably at a basketball game. I don’t know, I mean it’s unusual but hey, it’s entertaining for the fans.

On Kurtis MacDermid’s game tonight
He contributed on the scoresheet with some points, was very physical, had some great open ice hits, thus resulting in being challenged by a real tough customer in Scott Sabourin. We had him in our organization, played for us in Manchester, he’s a tough customer and he was doing his job. Tonight, Dermy got the better of him but it’s all part of the game. You’ve got to admire guys that stick up for their teammates and play hard and both those guys do. Dermy had a good game for us. You know what, he’s probably hoping to be up with the Kings but he came down here with a great attitude and he just wants to help the team win.

Alex Lintuniemi on getting the first win of the season
It’s good, it’s good to get a win, I’m happy to score but mostly I’m happy with the team win here tonight and our nice comeback from a bad start.

On his goal in overtime
We had a 2-on-1 first and then they came back on a 3-on-1 and Buuds made a nice save there and I saw an opportunity to jump up. Mikey had a breakaway and I just decided to follow up the play. Luckily it bounced off the crossbar to me and I just whacked it in.

On the resiliency the Reign showed in coming back from three goals down
It’s a good thing we can come back obviously but we need to work on our starts, we need to be ready from the start. It’s a good league and you can’t just come back from a three-goal gap every game. We need to start better, but I’m happy and proud that the boys came back tonight. 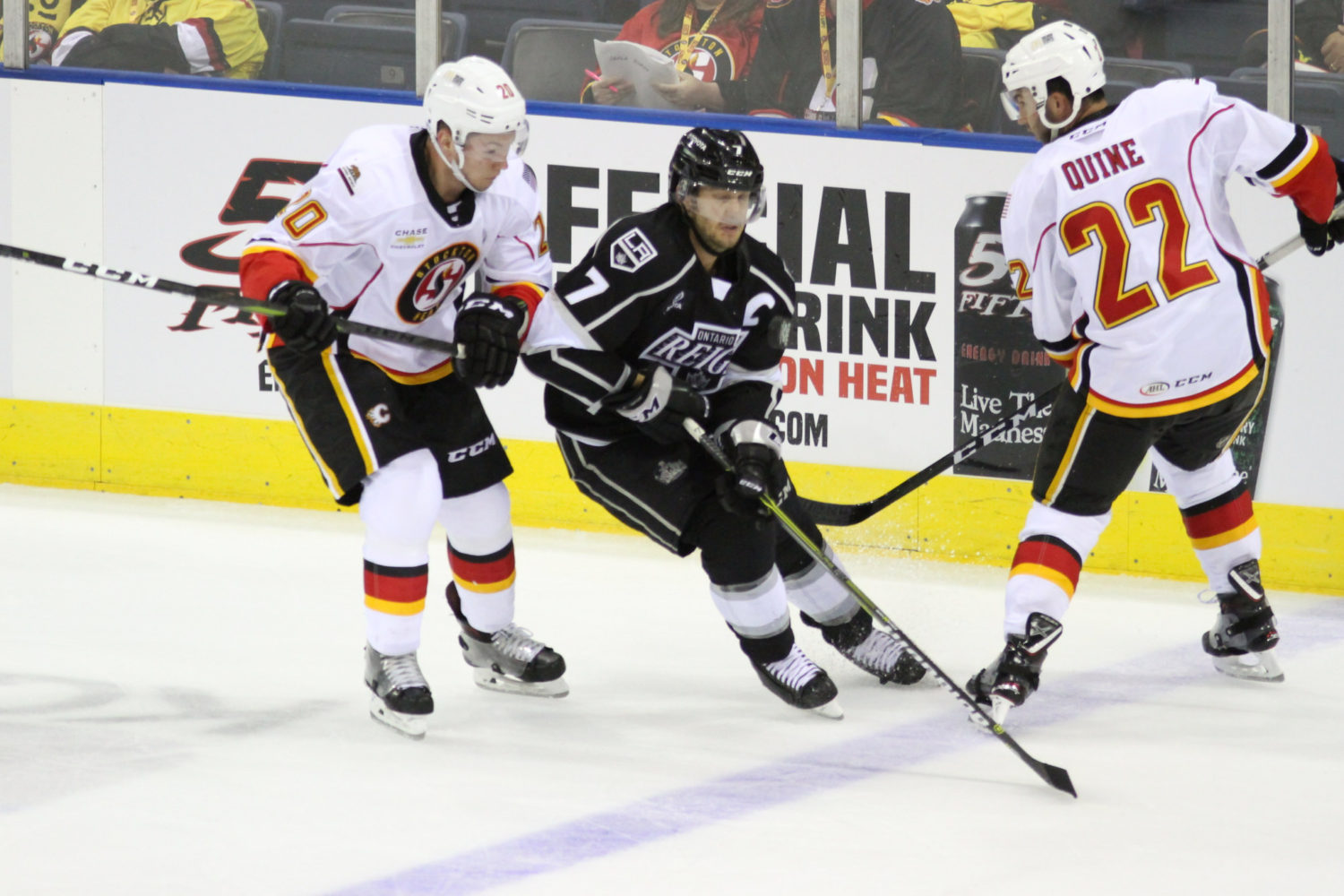 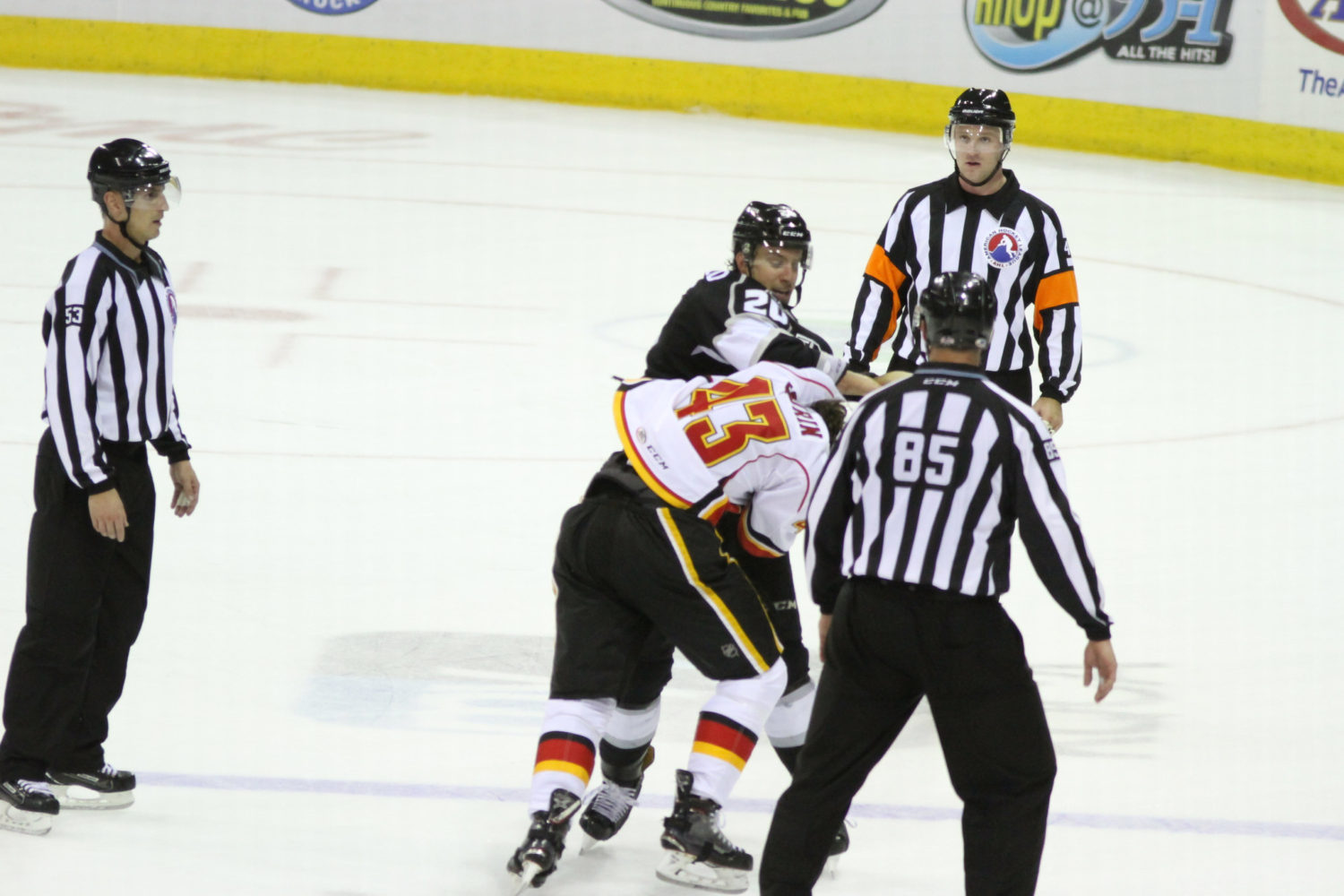 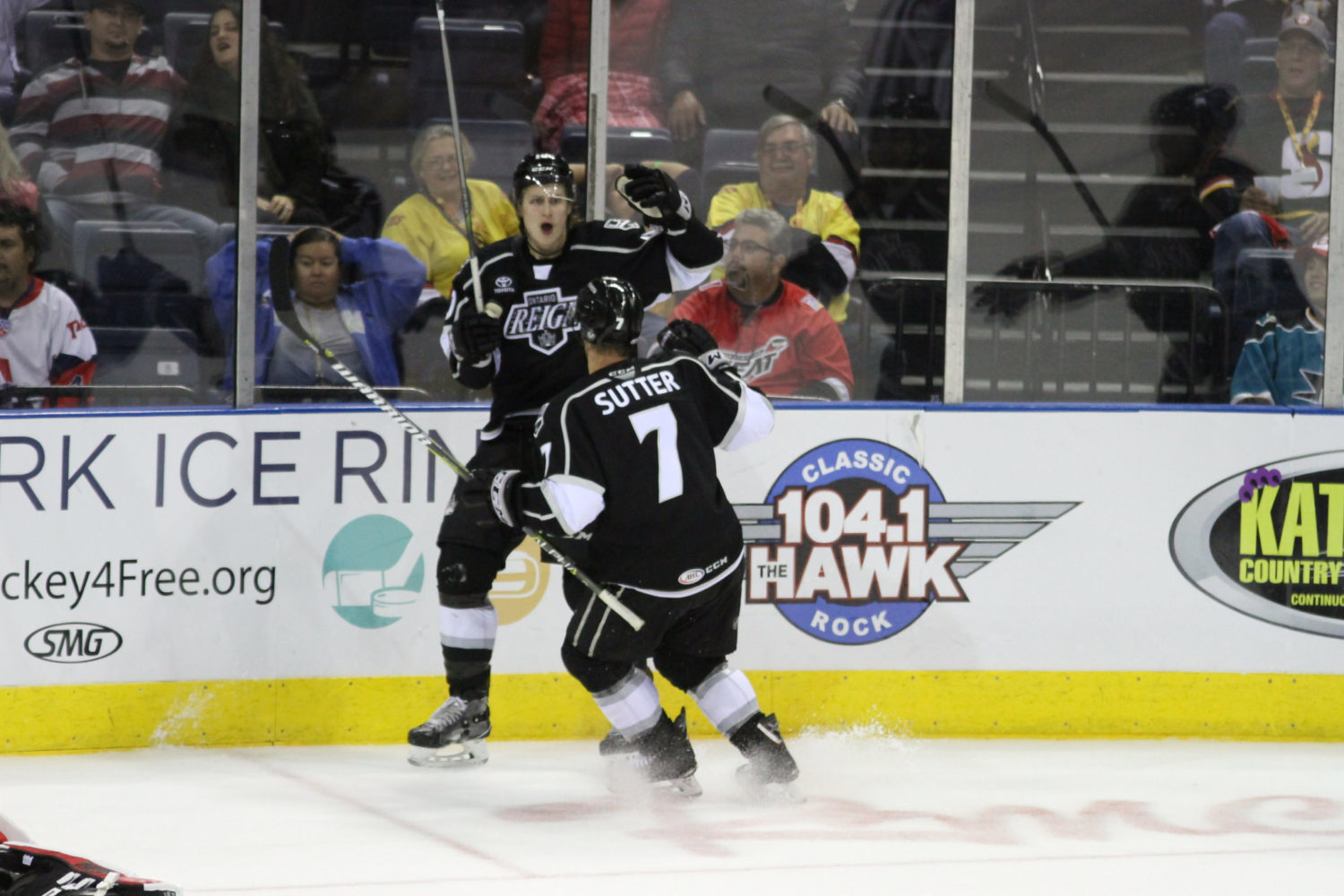