“He’s an athlete”: Alex Iafallo latches on to… surfing? 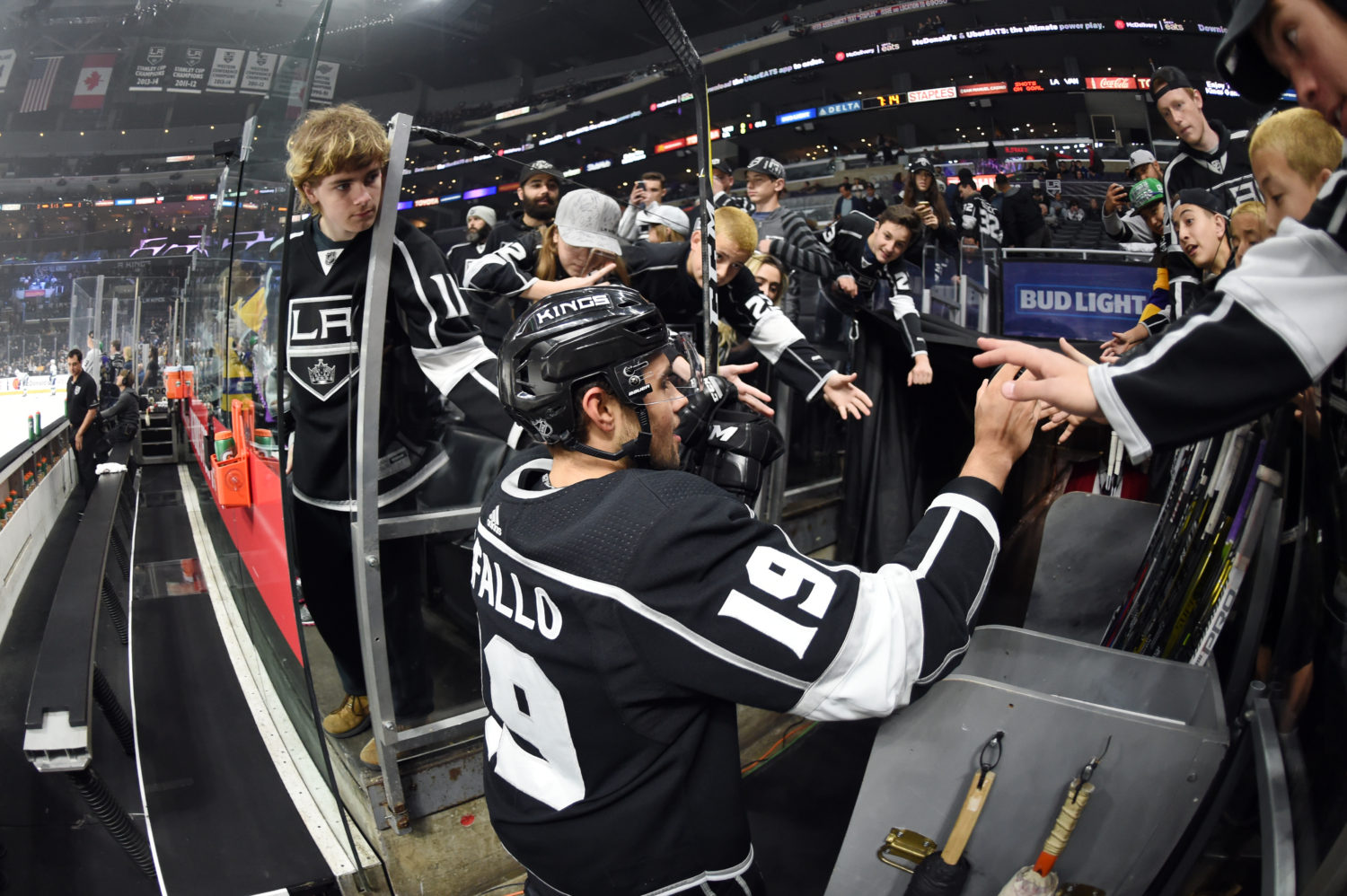 Throughout their careers, players like Paul Kariya, Joe Sakic and Rob and Scott Niedermayer took up surfing as a means of finding quiet moments to therapeutically channel the stress that can accompany the oscillating temperament of a professional hockey season. Though they had invested themselves to some degree in surfing during their playing careers, Kings General Manager Rob Blake, Director of Player Personnel Nelson Emerson and Director of Player Development Glen Murray became quite good at getting up on a board after their playing careers ended. It’s practically a requirement to set up residence in the South Bay. “We used to work out in the morning when we were still playing and come home right away because we worked out early, surfed, and then played volleyball all day,” Murray said.

They’ve got some company in Alex Iafallo.

“After the season, I just wanted to stay active, and obviously I wasn’t able to surf in Buffalo, New York,” the 24-year-old forward said. “I always wanted to surf and I just kind of taught myself, actually.”

The word on the street is that he took to it quickly. And though there were one or two times when Iafallo happened to bump into Blake, Emerson and Murray at El Porto on some spring mornings, the team largely let him attack the waves on his own.

“We kind of let him do his own thing,” Emerson said. “He’s just kind of finding his way with the sport. I think he likes it because it probably really relaxes him and gets his mind off stuff. In the summertime, it’s a great thing that he was able to do as far as exercise goes. He tells us how much he really enjoys it, and for us, we’ve been doing it for about 10 years now and it’s something we’ve really taken a liking to, and it really helps us with our daily stuff, too.”

Emerson spoke accurately for Iafallo. He enjoys surfing not only because it relaxes him and helps him clear his head, but also because the paddling and stretching was therapeutic for his body after a long season.

“I don’t go out there when it’s rough out,” Iafallo said. “I just kind of take it easy and be careful about it. I like riding slow waves. I have a half-longboard, a seven-footer. I just like riding the waves and getting out there. It helps stretch out my back, too, so it’s good.”

Iafallo estimates that it took him a month and a half to two months to become proficient – “It’s a hard sport,” he said – but again, his ability was all self-taught. He learned which waves to hit and which ones to let pass. There were aspects of his hockey background – particularly the ability to balance himself well on skates – that prepared him well for a surfboard.

“Just trying to get up on the board and balancing on the surfboard, it’s hard to compare, but understanding balance and sticking with it, it’s fun to do,” he said.

Iafallo is a natural athlete, so the muscle memory and coordination were already at high levels.

“He looks like a surfer, too,” Murray said. “He’s got the body makeup of a surfer.”

As it was for Blake, Emerson and Murray, there are those quiet moments of Zen-like focus and the quiet appreciation of a still morning that help clear the head before it’s time to head into work. It’s relaxing, it’s stress-relieving, and the stretching is good for the body.

“I’ve seen him twice out there, he caught a bunch of waves. He’s an athlete,” Murray said. “He’s athletic, and I’ve seen what he does on the ice, and I think he played every sport growing up. You can tell the kids that have played every sport growing up, and he’s taken to surfing. It’s not that easy, surfing, as I’m sure other guys have told you. You’ve got to do it all the time to get a little better, and we’ve been doing it for 10 or 12 years, maybe more, and we’re still learning. But he was great, he was really good.”

A Nova Scotia native, Murray hails from a maritime province, which provides some background on his ability to latch on quickly and enthusiastically to water activities. The forward who beat Patrick Roy with a dipping shot in 2001 would also take regular dips in the pool growing up as a competitive swimmer.

“Like, I love getting in the water in the early mornings,” he said. “It’s a great mental break before coming into the office.”

In addition to his 337 goals and 1,009 games played, Murray’s aquatic background makes it even more fitting that he leads Los Angeles’ player development staff. In recent years at development camp, Kings prospects have enjoyed beach days and have gone bike riding on the Hermosa Beach Strand as a means of integrating them into the beach-slash-hockey culture imbedded in the organization with the construction of Toyota Sports Center and the migration of virtually all players into the South Bay cities of Hermosa Beach and Manhattan Beach.

Hockey will always be first and foremost – there’s no question about that. And with 82 games approaching, surfing will be put on the back-burner until the end of the season.

But, when the time is right, in those still, stress-free late spring and summer mornings, there are still plenty of waves to be caught, and, let’s face it, “beach lifestyle” isn’t exactly the worst recruiting tool for free agents such as Iafallo, who signed with the Kings as an NCAA free agent in 2017 and turned in an unsung nine-goal, 25-point rookie season while skating primarily to the left of Anze Kopitar.

Surfing as a means to improve the club?