Reign to host AHL All-Star Classic in 2020; First time event will be hosted in California

By Zach Dooley For LAKingsInsider.comSeptember 16, 20180 CommentsOntario Reign
via Ontario Reign

The Ontario Reign and the American Hockey League made a major announcement at today’s Kings vs. Kings game as AHL President & CEO Dave Andrews announced that the Reign will host the 2020 AHL All-Star Classic on January 26 and 27 at Citizens Business Bank Arena. This will be the first time that the AHL All-Star Classic has ever been held in the state of California.

In front of a large crowd, Andrews praised the support that the Inland Empire has shown for the Reign over the past three seasons before he awarded next season’s midseason classic to Ontario.

“Ontario has welcomed the AHL into its community with open arms, and we are very excited to bring our celebration of hockey’s best young talent to southern California with our first All-Star Classic on the west coast,” Andrews noted through his released statement – audio from today to come below. “We look forward to working with the Reign organization over the next 16 months to put together a world-class event.”

Ontario Reign President Darren Abbott said that this event will be an opportunity to showcase the league’s top talent in Ontario and is excited to showcase what Ontario has to offer as a hockey market to an audience throughout North America.

“The entire Ontario Reign organization is honored to bring the AHL All-Star Classic to the state of California for the first time,” Abbott said. “The All-Star Classic will showcase the brightest talent in our league to the Inland Empire and we’re excited to place a spotlight on our franchise throughout North America. Hosting this marquee event is a fitting way to commemorate the fifth season of the AHL in Ontario and was made possible by the dedication shown by our fans.”

The event will begin with the Skills Competition on Sunday, January 26, 2020 before moving into the AHL Hall of Fame Induction and Awards Ceremony on Monday, January 27, 2020, followed by the All-Star Challenge (the game) later that night.

*Also of note – The mark released with the announcement, shown below, will not be the event’s official logo, rather a temporary placeholder while more details (including a presenting sponsor for the event) are worked out with the event still 16 months off*

As a point of reference, the 2019 event, scheduled to be held by the Springfield Thunderbirds, released their official event logo in June 2018.

Springfield’s event will be hosted this coming January and the most recent edition was held in Utica, NY in 2018
as the Reign were represented by forward Brett Sutter and goaltender Cal Petersen. The AHL event is typically held on the East Coast and the 2020 Classic will be the first on the West Coast, as Andrews noted in his post-announcement media availability.

“We’re really excited, we’ve never been west of Michigan before and when we expanded out here three years ago, right off the hop, there was the talk about when would we first move the All-Star Classic to California and it’s happening and we’re really excited about it,” Andrews said. “It’s going to be a terrific event. Ontario and Darren, as the Team President here, they really wanted to wait until they were certain they had the infrastructure in place to host the event the way it needs to be hosted and they have it now and we’re looking forward to it.”

Infrastructure, amenities and such were a big reason for Ontario hosting the 2020 event. By that time, a brand-new video board will be in place at Citizens Business Bank Arena, complete with high-definition cameras and more modern features. Already installed is an all new Wi-Fi system, which worked well at today’s game and a new outdoor patio and new concessions stands are expected to be ready by the beginning of this season.

Abbott added that he talked with Michael Krouse, President and CEO of Citizens Business Bank Arena, and the City of Ontario with the notion that if they were able to get the All-Star Classic to Ontario, would a new scoreboard be an option and as Abbott noted, it was “not a small investment”.

“When you’re talking about the All-Star Game, Michael Krouse and SMG and the Convention and Visitors Bureau, they’re playing a really big role behind the scenes in helping us get set up with not only hotels but also trying to facilitate our needs for hospitality and things like that,” Abbott said. “The city’s been wonderful, Paul [Leon, Ontario Mayor], he’s there for us whenever we need him and it’s really been good. We did a new lease a couple of years ago, we have a ten-year lease here in the building and we’re not going anywhere, we love it here.”

The format for the 2020 Classic in Ontario was not unveiled with today’s announcement – the 2019 event in Springfield will be played exclusively at 3-on-3, as was the case during the 2017 and 2018 versions. The 2016 edition was played with a combination of 3-on-3 and 4-on-4, with the 2015 event and many prior played like a more traditional game.

The 2020 AHL All-Star Classic marks the second time that Ontario has hosted an All-Star event – The CBBA previously played host to the 2010 ECHL All-Star Classic. Current Washington Capitals netminder Braden Holtby played in that event as the National Conference defeated the American Conference 10-9 in front of 7,615 fans.

This will also be the second time that a Kings AHL affiliate has hosted an All-Star Classic, with the Manchester Monarchs previously hosting the league’s midseason classic in a star-studded 2005 event. With the NHL locked out, the AHL was stacked with talent as current LA Kings forward Dustin Brown played in the game, alongside former LA King Mike Cammalleri and other current NHL players such as Eric Staal, Patrice Bergeron, Zach Parise, Ryan Kesler, Niklas Kronwall, Jason Spezza, Jay Bouwmeester and Ryan Miller.

The Planet USA All-Stars defeated the Canadian All-Stars 5-4 in a shootout in front of 9,916 fans at the then named Verizon Wireless Arena in Manchester.

The 2020 AHL All-Star Classic will be the tenth hockey All-Star event hosted in California. The NHL All-Star Game has been hosted in the state four times (Inglewood, Los Angeles x2 and San Jose), with a second trip to San Jose scheduled for this season. Most recently, the LA Kings hosted the event in 2017 at STAPLES Center.

While the AHL event has never been held in the state, the ECHL All-Star Classic was held in California four times, including Ontario’s event in 2010. The ECHL also put on the game in Fresno (2006), Stockton (2009) and Bakersfield (2011).

Many of those ECHL markets are now AHL markets – Ontario, Stockton and Bakersfield are now members of the new Western division, which Andrews was extremely happy with the progress of.

“It’s been terrific,” Andrews said. “There are so many different aspects to our business, but when you look at, we’ve got NHL teams on the West Coast who are happy now with their location for player development. They weren’t happy before – they were satisfied with the American Hockey League – but they weren’t happy and now they’re happy and that’s important to us because our business model is completely tied to player development.”

Andrews specified Ontario and the San Diego Gulls as setting the bar for not only teams in the West, but the league as a whole with how they’ve handled their business across three seasons.

“They’ve been in the top three or four teams in attendance for the last three years and now are the sort of franchises that we use as examples for other teams in terms of best practices and how teams need to be structured and the like,” he noted.

More information on the All-Star Classic is expected to be released closer to the event, including ticket information, hotel information and other details.

Andrews pointed to westward movement as helping to bring more teams into the AHL. He also pointed out that if indeed the NHL expands to 32 teams and that team is to be placed in Seattle, it is likely that the Pacific Division would grow from seven teams to eight.

“We brought Tucson into the league two years ago, this year we’re bringing Colorado into the league and so this whole Western expansion has now grown to seven teams and I would anticipate, when there is a 32nd team in the NHL, if it happens to be in Seattle, that will probably fill in an eighth team in the Western United States for us,” Andrews said. “It’s been a really positive step. I don’t think we ever really doubted that it would be successful, it was just a difficult birth.” 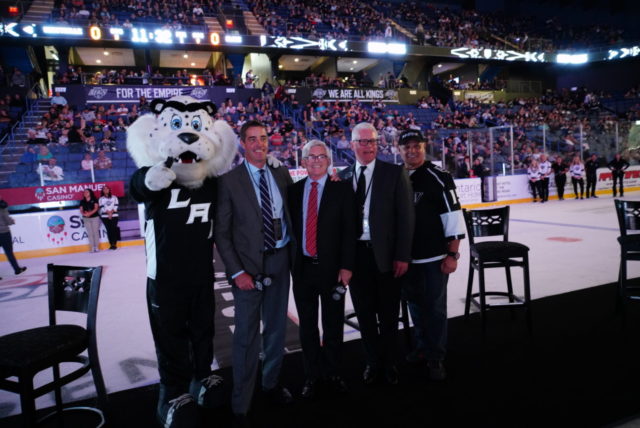 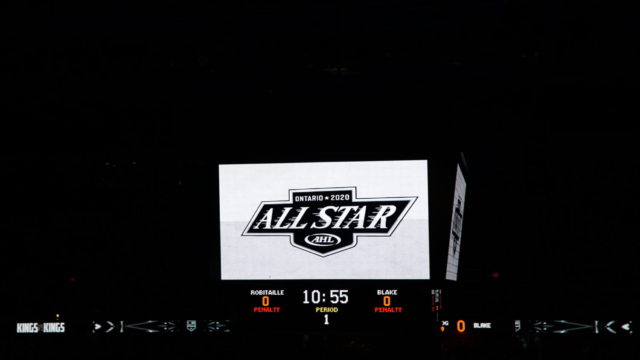 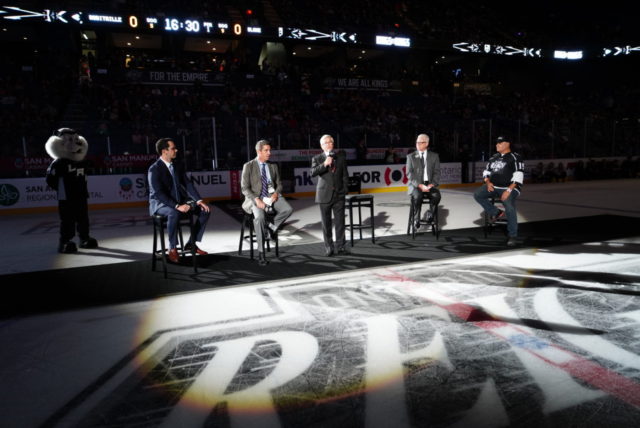 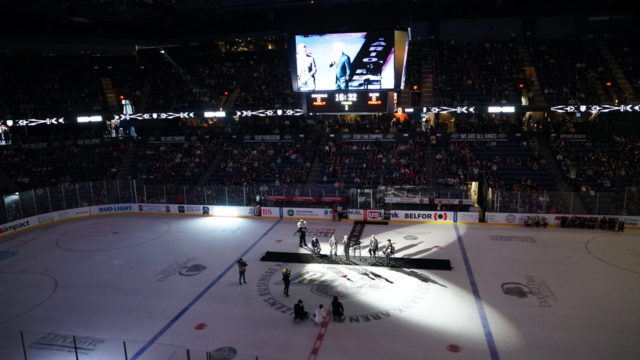