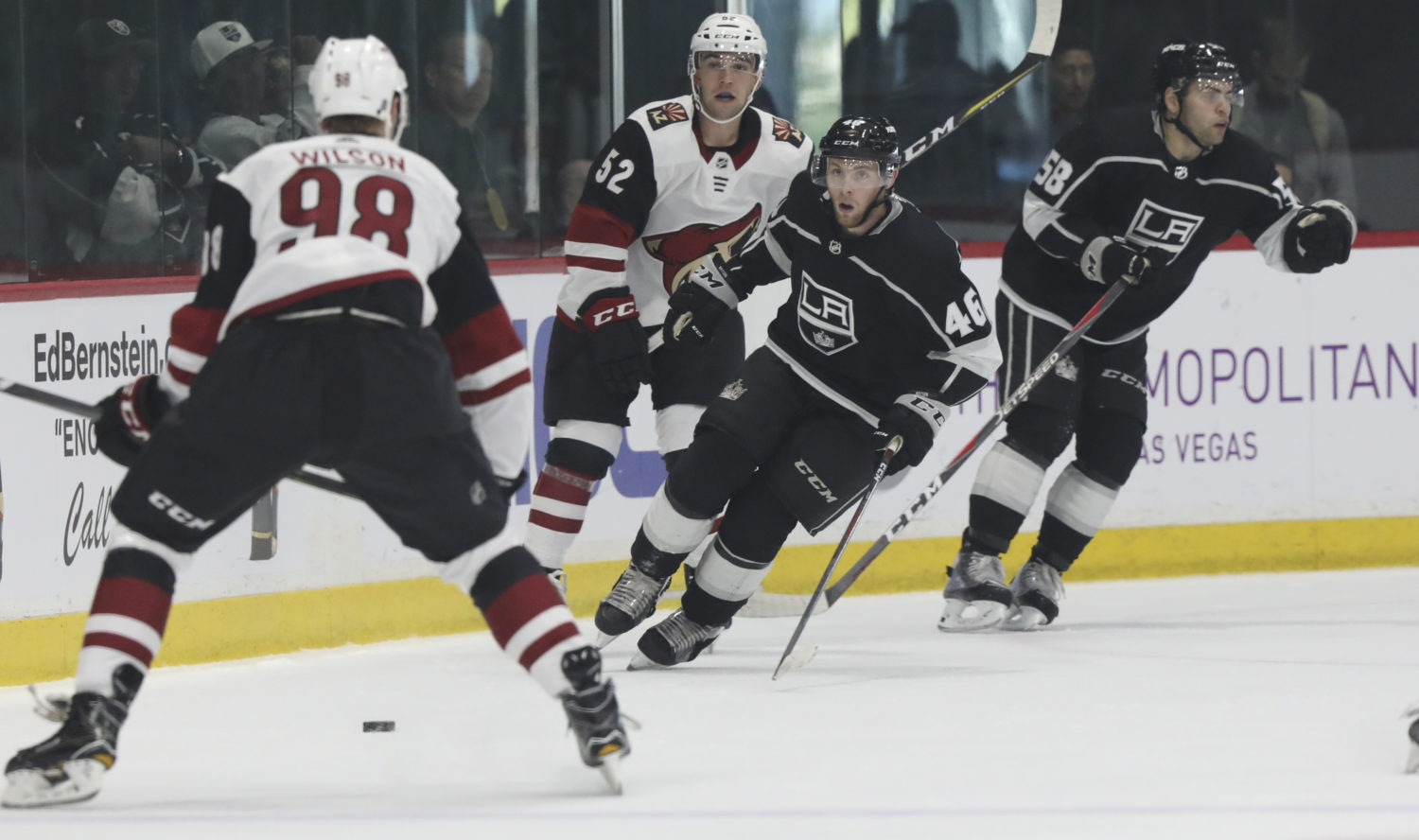 The Kings completed their second game of the 2018 Rookie Faceoff – a 4-2 loss to the Arizona Coyotes. Sunday’s result serves as a step in the right direction, moving from a five-goal defeat on Saturday against Anaheim to what was essentially a one-goal loss (with an empty netter) against Arizona.

The Kings got goals from defenseman Michal Ivan and forward Spencer Watson in the defeat, with the latter serving as a particularly effective player throughout the game. Watson created several chances in the offensive end, highlighted by his game-tying goal early in the third period. Standing at 5-10, Watson was not outmatched physically during the game either and used his speed and motor to help to provide energy alongside his linemates Drake Rymsha and Boko Imama.

“I wouldn’t consider myself to be too small – I can still win puck battles, get low and win those battles in the corner,” Watson said following the game. “I try to use it to my advantage that I have a lower center of gravity and any time you can have that and lean into a player it’s a bit easier for me. I also try to move my feet and use my creative side and things fall into place after that.”

Watson enters this season’s rookie camp with one year of professional hockey under his belt. After he began the 2017-18 season in the AHL with Ontario, skating in eight AHL games with the Reign from the season opener through November 18, Watson was assigned to the ECHL and spent the majority of last season with the Manchester Monarchs, the “AA” affiliate of the Kings.

An ECHL assignment isn’t one that all players take the same way – some still view the ECHL as the inferior league that it once was – but the league has turned into a viable developmental option for many teams. More and more prospects find themselves seeing time in the ECHL and Watson felt that the opportunity to play large minutes in multiple situations was the best thing for his development last season.

“I learned how to handle myself, how to play at the game at this level,” Watson said of his first professional season. “How to win all of the puck battles, always compete and I think the move to put me [in the ECHL], get some minutes, doing the right things definitely helped me a lot.” 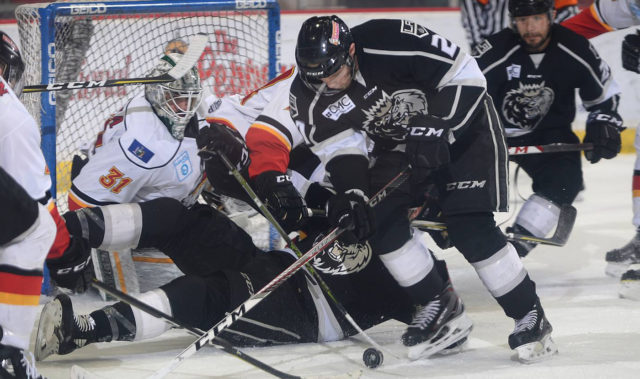 When you look at the Kings prospect list, Watson may not be the first name that jumps off the page. A seventh-round selection in 2014, Watson was one pick shy of being that season’s “Mr. Irrelevant” as the last player taken in the draft. He was originally slated to begin his professional career in 2016 but a summer injury set back his course and pushed him back to the OHL for an overaged season. Despite being one of the last players selected in his draft year, now LA Kings Assistant General Manager Mike Futa had some positive words about Watson after the Kings selected him in the draft, describing him as a player with a “natural touch around the net” and a player with the intangibles that the Kings coveted as an organization.

After he scored at nearly a point-per-game pace in four straight seasons at the major-junior level, Watson scored at a similar pace in the ECHL with Manchester as he amassed 45 points (25-20-45) from 48 games played with the Monarchs. The London, ONT native also flashed his ability in a brief recall to Ontario in February as he collected a goal and an assist across three games.

Working in the ECHL last season with Adirondack, I saw Watson a number of times and found him to be one of the more skilled players in the league – I had him on my ballot for the ECHL All-Rookie team. Watson’s numbers showed that he adjusted well in the jump from juniors to the professional ranks, although he still admitted that there are differences in the transition to the pro level.

“It’s just a much bigger and faster game,” he mentioned. “You have to win every puck battle and as a smaller guy like me you have to give it that much more on each shift.”

While he had fond memories of his time in the ECHL, Watson is now looking forward to the upcoming season as an opportunity to cement himself as a full-time AHL player with Ontario. Reign Head Coach Mike Stothers, who is behind the bench for the Kings at this tournament, liked what he saw from Watson’s game tonight, not just with his goal but his tenacity and overall game as well.

“I like [Watson],” Stothers said after tonight’s game. “He scored a nice goal, that’s what he’s known for is finding ways to score. He’s a little undersized but he plays a pretty tenacious game for a guy that gives up a lot of height and weight. He did what he’s supposed to do, he took advantage of an opportunity and found a way to score. That’s what he has to do if he wants to make the team and be a contributing member for us.”

Tonight is just one game in the road ahead for Watson, but he hopes that his trajectory is slated for a more extended look in the AHL this season. Watson’s goal is to become a full-time member of the Reign and games like tonight will help propel him towards reaching it.

“That’s my goal from last year to this year,” he said. “I put in my time in the ECHL last season, I had a good couple of games when I got called up and I’m just trying to build off of that and bring that into this season.” 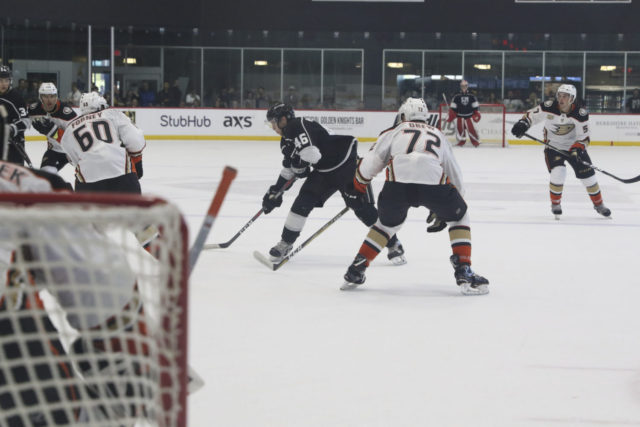