MATT ROY
The Stats With Ontario: 49 Games Played / 4 Goals / 13 Assists / 17 Points / 23 Penalty Minutes / +10 Rating
The Background: Matt Roy joined the Kings organization in 2015 when he was selected out of Michigan Tech in the seventh round, 194th overall, in the 2015 NHL Entry Draft. After two additional seasons of collegiate hockey, including a career-best 26 points (5-21-26) as a junior, Roy signed with the Kings and joined the Reign in March 2017. The 6-1 blueliner went on to skate in eight regular-season contests, as well as two in the Calder Cup Playoffs, to conclude the 2016-17 season. Roy collected his first career AHL point, an assist, on April 1 against Bakersfield and appeared in each of the Reign’s final eight games to conclude the season.

The Season: Roy began the 2017-18 season as a regular in the Ontario lineup, appearing in 11 of the Reign’s first 13 games to open the season. The Michigan native amassed two assists over that span, including his first helper of the season on October 14 against Chicago. Roy added an assist on November 19 against San Jose but also picked up an injury in that contest, which saw him sidelined for over a month.

The defenseman made his return to the Ontario lineup on December 29 against Stockton. Roy retained his place in Reign’s defensive corps in each of the next eight games and collected two assists, as well as a +6 rating. The Canton native went on to pick up his first career AHL multi-point games during January and February as he tallied a goal and an assist on January 19 in Stockton and a pair of assists on February 2 against Iowa. Three of Roy’s four points in those two games, including his first goal of the season on 1/19, came on the man advantage. 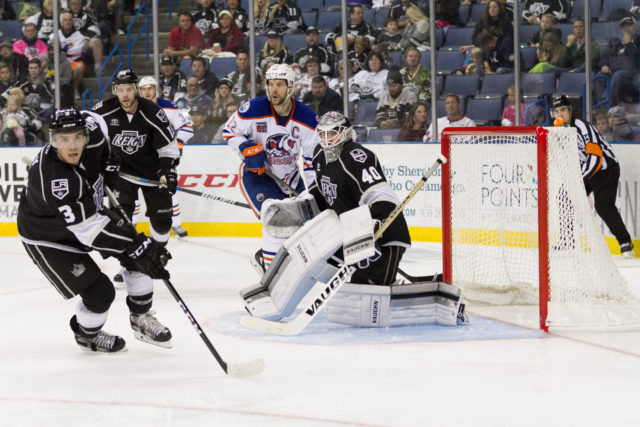 He went on to find the scoresheet again on February 9, with an assist against Iowa, before he collected just one point from his next 13 games. The 6-2 blueliner still posted a +2 rating in that span and had a season-high six shots on goal on February 17.

Roy concluded the 2018 portion of the season on an offensive tear with seven points, including three goals, from his first nine games played. After he picked up assists in two of the first three games in that timespan, Roy had one of the finest games of his professional career as he collected a goal and an assist, in addition to a +5 rating, in a win over Bakersfield on March 30. Roy’s tally was bested only by defenseman Oscar Fantenberg, who was on the ice for each goal scored with a +6 rating.

To finish the season, Roy collected a point in three straight games, including his second power-play tally on April 14 against Bakersfield. Moving into the Calder Cup Playoffs, Roy extended his scoring run to four games as he tallied an assist in Ontario’s Game 2 defeat in Texas. The right-shot blueliner went on to open the scoring in Game 3 with a slap shot from the boards and finished the postseason with two points (1-1-2) and a +3 rating from four games played.

Roy prior to the season on what his professional debut the season before did for his game
“I think it definitely helped me. It kind of gave me a little bit of confidence. This summer I just knew what to expect a little bit. I felt more comfortable with the guys and that sort of stuff, so I think it just helped with confidence, and that helped me with my training. I pushed myself a little harder, and it seems to be working out for me right now. I feel really good out there right now, and working with Coach Stothers seems to be going well.”

Roy on how he felt during his two-point, +5 outing on 3/30
“We felt good on the bench, we were having some fun today. Last week, Bakersfield kind of got us so we wanted to come out tonight and really perform, it was fun working hard together.”

Close Commentary: Matt Roy flew under the radar last year as one of the best defensemen in the Pacific Division last season. He is a great shutdown d-man who you don’t notice because he does his job so well and efficiently. I can think of countless times that a pass didn’t find its target due to #3’s stick positioning or a potential odd man rush was broken up in the neutral zone because of Roy. Toward the end of the season, Matt’s offensive prowess was shown – his slapshot would likely be clocked at one of the hardest on the team. His consistency from last season makes me confident we will see great play once again from Matt Roy.

A Look Ahead: Roy is a part of a group of young defenseman, along with Alex Lintuniemi and Sean Walker, plus the possible returns of Kurtis MacDermid and Oscar Fantenberg. While not as heralded as some of his fellow blueliners, Roy served as an extremely solid presence on the Ontario blueline last season as one of, if not the, best defensive defenseman on the team. Roy’s defensive presence, plus being a right handed shot should prove valuable as he looks to establish a Top-4 presence on the Reign this season. While as a seventh-round draft pick places him further down the NHL depth chart, a strong season with Ontario could move him into the discussion moving forward. 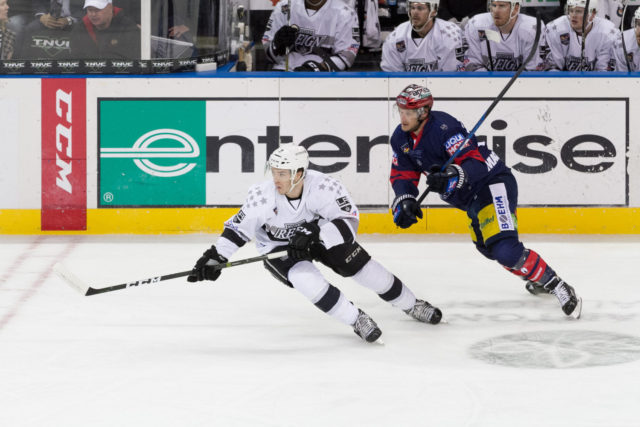 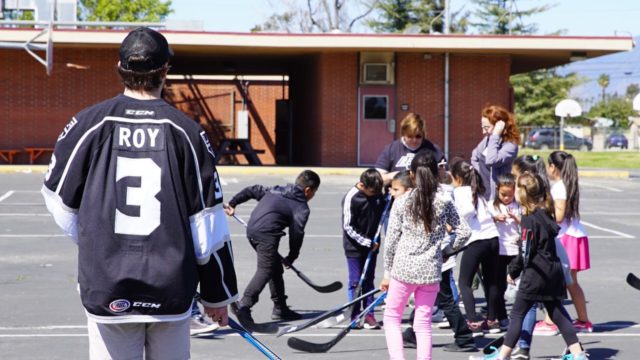 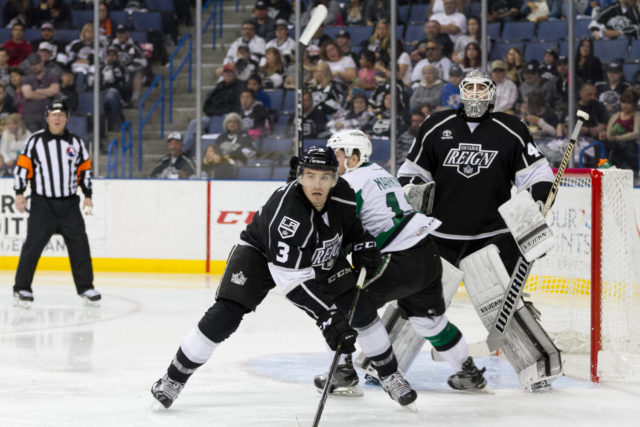