PHILIPPE MAILLET
The Stats With Ontario: 64 Games Played / 18 Goals / 18 Assists / 36 Points / 18 Penalty Minutes / +3 Rating
The Background: Philippe Maillet joined the Reign at the tail-end of the 2016-17 season to begin his professional career. Maillet tallied four points (2-2-4) from eight regular-season games and also made his debut in the Calder Cup Playoffs, with four games played against San Diego. Prior to turning pro, Maillet tallied 166 points (60-106-166) from 101 games played at the University of New Brunswick, where he ranks fifth all-time in both assists and points. The now 25-year-old forward also skated four seasons in the QMJHL with the Victoriaville Tigers from 2009-13. Maillet scored at over a point-per-game pace in each of his last three campaigns and amassed 240 total points (92-148-240) from 252 games played with Victoriaville – He is one of 14 players in program history to play in 250 or more regular-season games.

The Season: After he concluded his collegiate career in March 2017, Maillet signed an AHL contract with the Reign that spanned the end of the 2016-17 season, as well as the entire 2017-18 season. Despite a strong performance in his first taste of professional hockey, Maillet did not continue the same level of production at the beginning of the 2017-18 campaign with just five points (3-2-5) and a -9 rating from his first 31 games played.

Beginning on January 12, Maillet’s season – statistically speaking – swung upward in a huge way. Starting with a goal on that day against Tucson, Maillet began a four-game scoring streak that extended into a run of eight points (4-4-8) from eight games, including multi-point efforts on 1/20 and 1/27. His third-period tally, as a part of a two-point night on the 27th served as the game-winning goal in a 4-3 win over the Milwaukee Admirals.

Maillet went on to score three goals in four games from 2/3 through 2/17 and concluded the month of February with the first two-assist game of his professional career on 2/21 against Stockton, followed by his first AHL two-goal game a week later on 2/28 against San Antonio. The 5-11 forward then began the month of March by scoring in four of his first six games played before he collected a career-best five points (1-4-5) in a 7-3 win over San Jose on 3/24. Maillet’s five-point night stands as an Ontario franchise record at the AHL level, breaking the previous high of four, with his four helpers tying Matt Moulson’s mark from earlier in the season as a single-game franchise record.

Maillet also recorded a three-assist game on 3/31 against Cleveland and finished the season with points from four of his final six games. Overall in the second half of the season, Maillet totaled 31 points (15-16-31) and a +10 rating from 33 games played. He led the Reign in goals during that stretch, was second in points behind only T.J. Hensick (32) and his 15 goals were tied for tenth in the AHL throughout that 33 game-span. Maillet collected a point in 21 of the 33 games and never went back-to-back games without picking up a point.

To conclude the season, the Lachenaie-born forward picked up a pair of goals in Ontario’s four-game defeat in the Calder Cup Playoffs. Maillet scored twice in the Reign’s Game 2 victory as he opened the scoring with a power-play tally late in the first period and added an insurance goal with less than five minutes to play in the game. Overall in the series, Maillet picked up those two points, a +1 rating and four penalty minutes.

Maillet on his game-opening goal on March 17
“When I see that [Michael Mersch] is going to get into a battle, I just try to get open and it just happened that I had a free lane to the net. He made a nice play and gave me the puck and I was just fortunate enough to put it in.”

Reign Head Coach Mike Stothers on Philippe Maillet’s 2017-18 season
“He was a little bit different [last season] in that he was a bit older coming in. He was labeled a rookie, coming out of Canadian college hockey and he was a little bit older when he came in. He came in with some real good credentials as a point producer and in stretches last year he was real good and was contributing in that area. In those stretches where we weren’t getting as much production from him, he found other ways to contribute, whether he was killing penalties or picking up his defensive assignments.”

Philippe Maillet was a fun player to watch last season, and is another one of those hard working, AHL-contracted players that could earn an NHL deal. He was a streaky player to begin the year with ups and downs but then finished the year on a tear – It seemed like he just needed to get the timing and speed of the AHL game down pat and once he did, he excelled. Especially in the last third of the season, he looked extremely confident on the ice and never hesitated with his decision making. For the Reign to be at their best offensively, they need a player like Philippe to be a real playmaker and have a consistent sophomore season – which, if last season is any indication is very doable for a skilled player like him.

A Look Ahead: Maillet will look to build off of his successful end to the 2017-18 season, when he was one of the top offensive performers on the Ontario roster. Maillet will have an opportunity to have a big breakout season with an even greater role – Veteran forwards Andrew Crescenzi and Michael Mersch moved on via free agency, plus others (T.J. Hensick, Justin Auger) are still free agents and key contributors such as Michael Amadio and Jonny Brodzinski look ready to make the full-time jump to the NHL. With the glut of departures, Maillet will be relied upon to be the player he was at the end of last season and could see himself as a top-six fixture for the Reign this season. 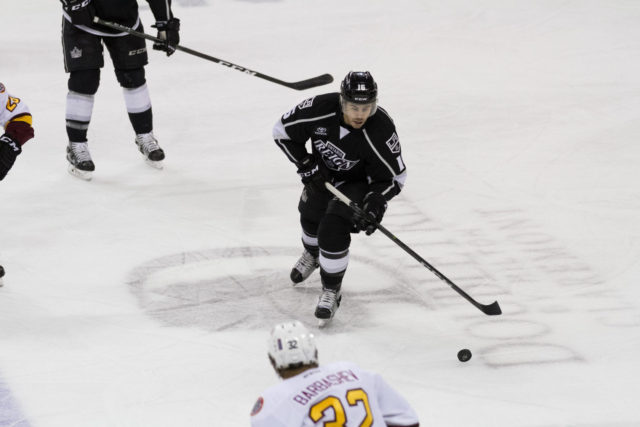 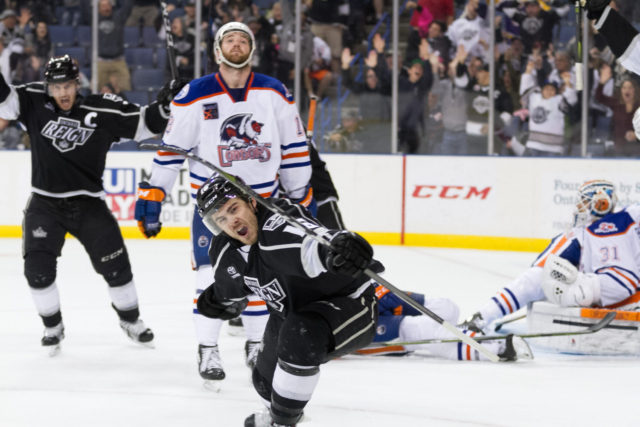 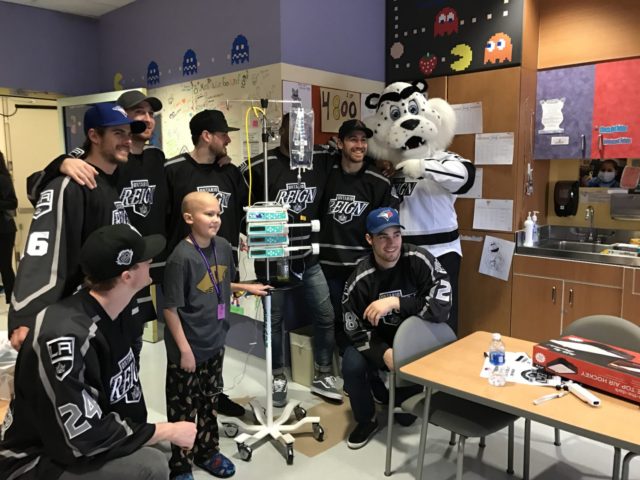