INSIDERS. Keep these community-minded dates open on your calendar:

–Taste of the South Bay details were revealed late last week. In case you missed it, this year’s event integrates Kings fans, South Bay residents and upscale restaurants such as Abigaile Restaurant & Brewery, Baran’s 2239, Bettolino Kitchen, BRIO Coastal Bar & Kitchen, Gelato and Angels, Hey 19 Public House, Madre, Ortega 120, Pitfire Artisan Pizza, Rock & Brews, Sausal, Sea Level Restaurant + Lounge, Smoky Hollow Baking Co. and Superba Food + Bread. Sadly, LAKI leaves for vacation on the 23rd, but if he was there, he would most certainly mingle with representatives of the restaurant named after the Steely Dan song. VIP tickets are $150, with general admission tickets going for $100. Between tastings, guests may bid on a silent auction and hang out with Kings celebrities and personnel. Per the Kings, Taste of the South Bay has raised nearly $400,000 locally, and proceeds from this year’s event will be used to equip South Bay classrooms with emergency safety kits. Click here for tickets and for more information. 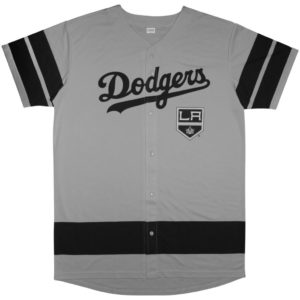 –Dodger Stadium! LA Kings Night! This was the event to which Noted Giants Fan Neil very clearly and controversially wore a Dodger hat two years ago. (Do not ask follow up questions about this.)

This year’s LA Kings Night at the Ravine will be held on Saturday, August 25 when the Dodgers face the San Diego Padres at 6:10 p.m. Tickets purchased through this link will come with a commemorative silver and black LA Dodgers/Kings crossover baseball jersey, seen at right. Prices range from $35 to $159, and there are discounts for groups of 20 or more. To purchase group tickets, call Bryce with the Dodgers at (323) 224-4232. Because the Dodgers are “not technically in the playoffs” as of this morning, this is shaping up as a Very Big Game. 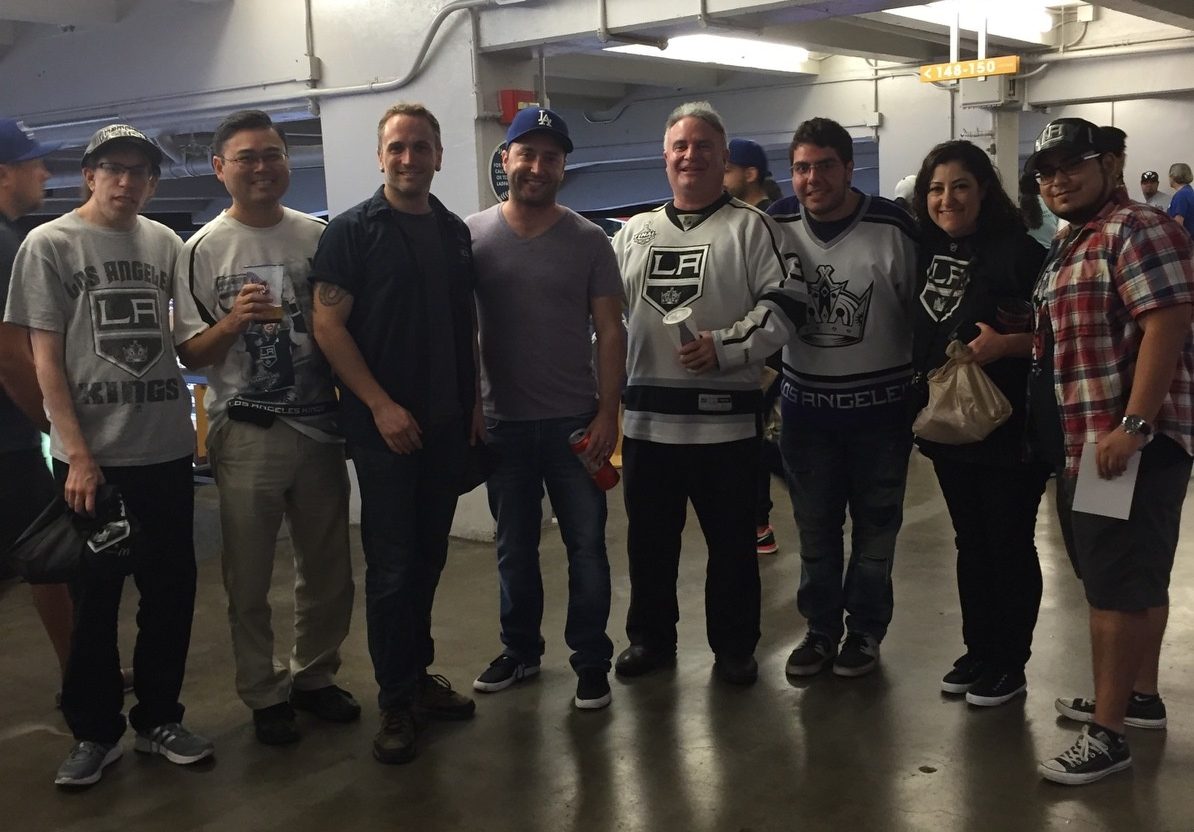 –The Beach Cities 5K/10K, which serves as the unofficial season kick-off, returns to Redondo Beach’s Riviera Village on Saturday, September 8. As always, the event benefits Hydrocephalus Association. There are set fees for both the 5K and 10K, with discounts available for kids, students, military and season ticket members. With proof of a season ticket account number, members can opt out of receiving a preseason ticket with their 5K or 10K registration. There’s a price bump on August 16, so if you’re interested in attending, now’s the time to lock in your place. For more information and for tickets, click here or call Gabe at (310) 535-4421.

–On Monday, October 1, some two days after the conclusion of the preseason schedule and four days before the 2018-19 season commences, the LA Kings will hold their annual golf tournament, with proceeds benefiting Kings Care Foundation. The event, held in a scramble format, will be held on the Zaharias Course and opens with a 9:00 a.m. registration, a 10:00 breakfast reception and a shotgun start at 11:00, followed by a 4:30 p.m. dinner reception. Single spots are $1,750 and foursome packages start at $5,500. Click here for more information and to reserve your space. 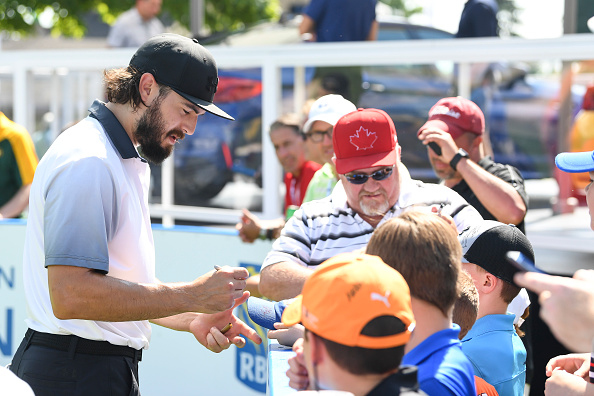