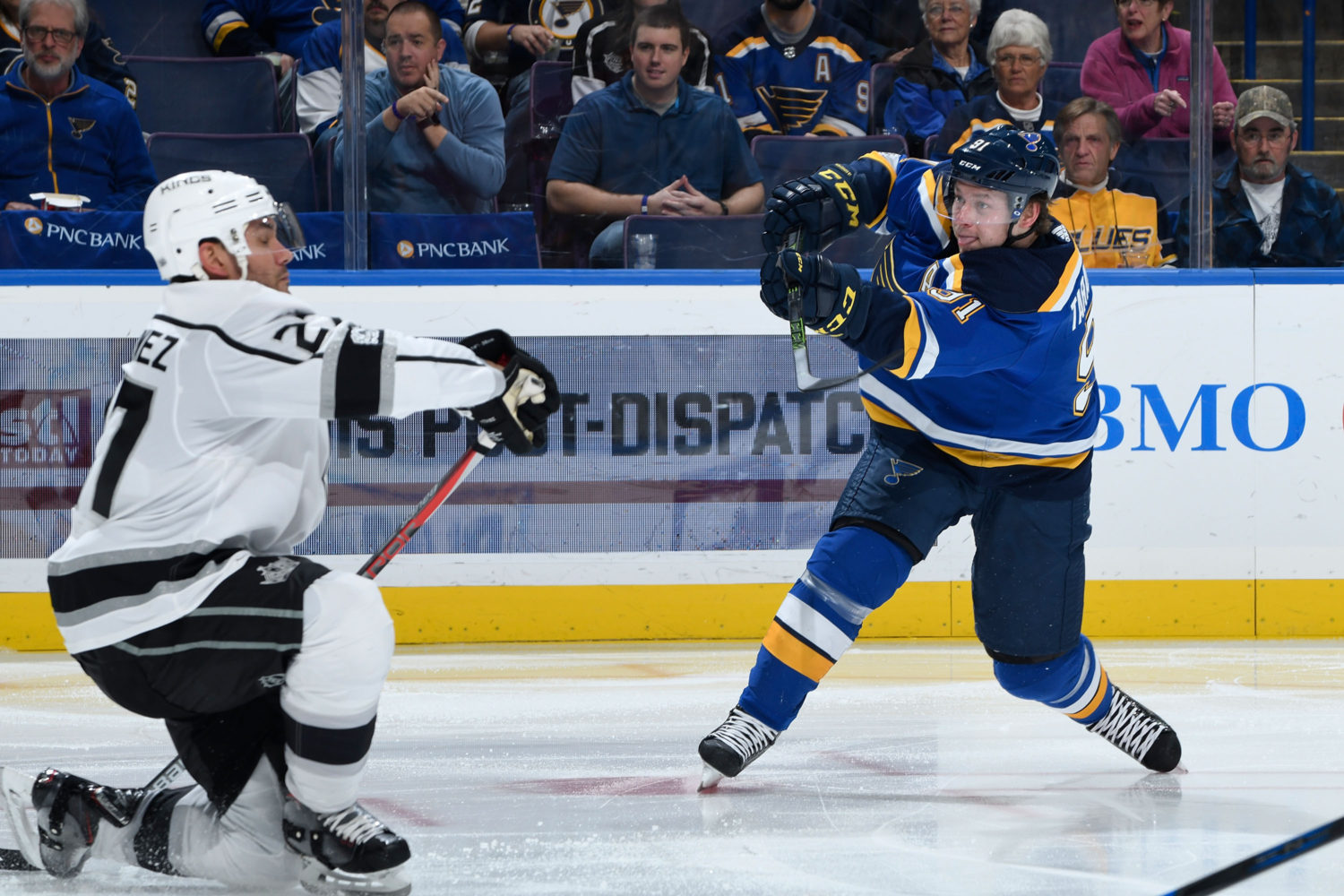 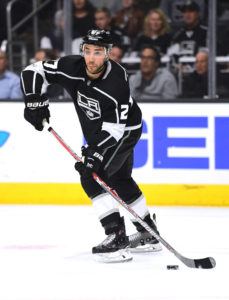 The good: Alec Martinez is no longer treated with any kid gloves as it relates to match-ups and starts, and in 2017-18 turned in a season that demonstrated a sturdier handle on an increasingly diverse set of game situations. There’s little sense in referring to his possession numbers, which have fallen as his role has expanded and it took several years to climb a rung within the team’s defensive hierarchy. He’s now plenty effective in a second pairing role where he plays in all situations, averaging 1:57 per night on the power play and 2:22 while shorthanded as part of a career-high 22:52 last season. Even as the NHL has developed to favor skill sets such as Martinez’s, his speed, transition and ability to jump into plays has been more recently complemented by several stout and competitively hardened defensive layers that resulted in 206 blocked shots, the second most in the NHL last season. Even if Martinez isn’t a CF%darling like he was in earlier years, he’s a much more complete defenseman whose continued growth – still evident and fluid during his 30-year-old season – was not automatic and is plenty traceable to his work with John Stevens over the past decade. “I don’t think anything comes automatic,” Martinez said. “Maybe for Drew Doughty, but not for myself. I’ve got to work on things.” (That would include homework, completed during a December road trip to San Jose that finalized his Bachelor of Science degree in Accounting from Miami University.)

He was an effective penalty killer who was able to suppress shots well – perhaps by his habit of getting in shooting lanes – and posted the second-best SA/60 rate in four-on-five play among qualified players. (The Kings save percentage, meanwhile, while Martinez was on the ice during 4×5 was .890, the lowest mark among team defensemen.) But there are new contours to his game that have allowed him to diversify, even though his skating and his shot remain his most noticeable attributes. “He’s probably a lot more physical than teams realize,” Stevens said in October. “He just separates the man from the puck really well because he’s got good feet. He’s an explosive guy and he’s actually really good and firm down low in his battles. It’s something he’s worked extremely hard at – both off the ice, getting stronger, and just his technique on the ice – but he has an ability because he’s got good feet to play against speedy guys, and he’s got an ability because of the way he’s gotten stronger to play against bigger guys. He’s a really good example for young players of a guy that’s worked really hard at his game to become a good player.”

Martinez is bright, coachable and a team leader, and after a 2016-17 in which the bottom fell out on the team, moved past a difficult second half mentally and, like Jake Muzzin, stood out noticeably in training camp. The start to his season was deferred because of a lower-body injury he suffered in the final practice before the start of the season, and even though he had registered only five points at the end of November, was still demonstrating the level of all-situational responsibility to be regularly rewarded with low-to-mid-20-minute nights. As you’re aware, he’s capable of playing both the left and right side on defense, and that versatility raised the ceiling of his potential minutes. Once Dion Phaneuf arrived, Martinez was more regularly playing back on the left side, but when Oscar Fantenberg emerged as a viable playoff option in the wake of injury and suspension, Martinez moved once again to the right. There’s not a great deal of difference in which side he plays; he’s adept at picking pucks off the wall and defending either side of the rink effectively. Such versatility meant that there wasn’t any great continuity with any singular defensive partner, and in 2017-18 he logged at least 150 minutes of five-on-five play with four different partners. Speaking of minutes, no King played more than Martinez’s 111:26 in the playoffs. After sweating off half a dozen pounds inside a hot, hot, hot T-Mobile Arena during the opener, Martinez refreshed, replenished and returned to play 44:58 in Game 2, the most ice time logged by any skater in an NHL game in 2017-18.

The bad: On the surface, Martinez’s production, shots on goal and possession relative to his teammates were down. As well as he is at slinging the puck around the ice and facilitating transition, it didn’t lead to a spike in rush offense. With only four total 5×5 assists, his individual .18 A/60 was the lowest on the team among qualified players and represented his lowest rate since his four-game cup of coffee in 2009-10, and after totaling 14, 16, 13 and 16 points at five-on-five, recorded only 11 in 2017-18. He still was an effective presence on the power play, where the Kings shot 12.9% while he was on the ice in 5×4 situations – the second best rate on the team – and graded well in chance, high-danger chance and overall goal generation. Martinez just wasn’t the one to end up on the scoresheet regularly, totaling two goals and eight points in 5×4 play while taking only 22 shots in 148-plus minutes. Overall, his shots on goal across the board were down. He took 3.0 shots per 60 minutes in 5×5 play and 3.8 in all situations, and both were career-lows. Again, this is a byproduct of more difficult, defensively-aligned zone starts for someone who has grown beyond an offensively-minded role and into one that’s much more multi-purpose. He’s not putting up the same possession rates or production, but he’s got a much better handle on occupying a second-pairing role than in any season in the past. This facilitates better lineup structure and allows other defensemen some needed cushion, even as it depresses some of his overall numbers. Because of his role, there are going to be both blunt force injuries from blocked shots as well as the more wear-and-tear lower-body injuries associated with defensemen who play the minutes Martinez does. He suffered two lower-body injuries that took him out of a modest five games, but in his eight full seasons in the NHL, he’s logged more than 78 games only once. More nitpicking: he didn’t register a game-winning goal after accounting for seven in the two years prior. 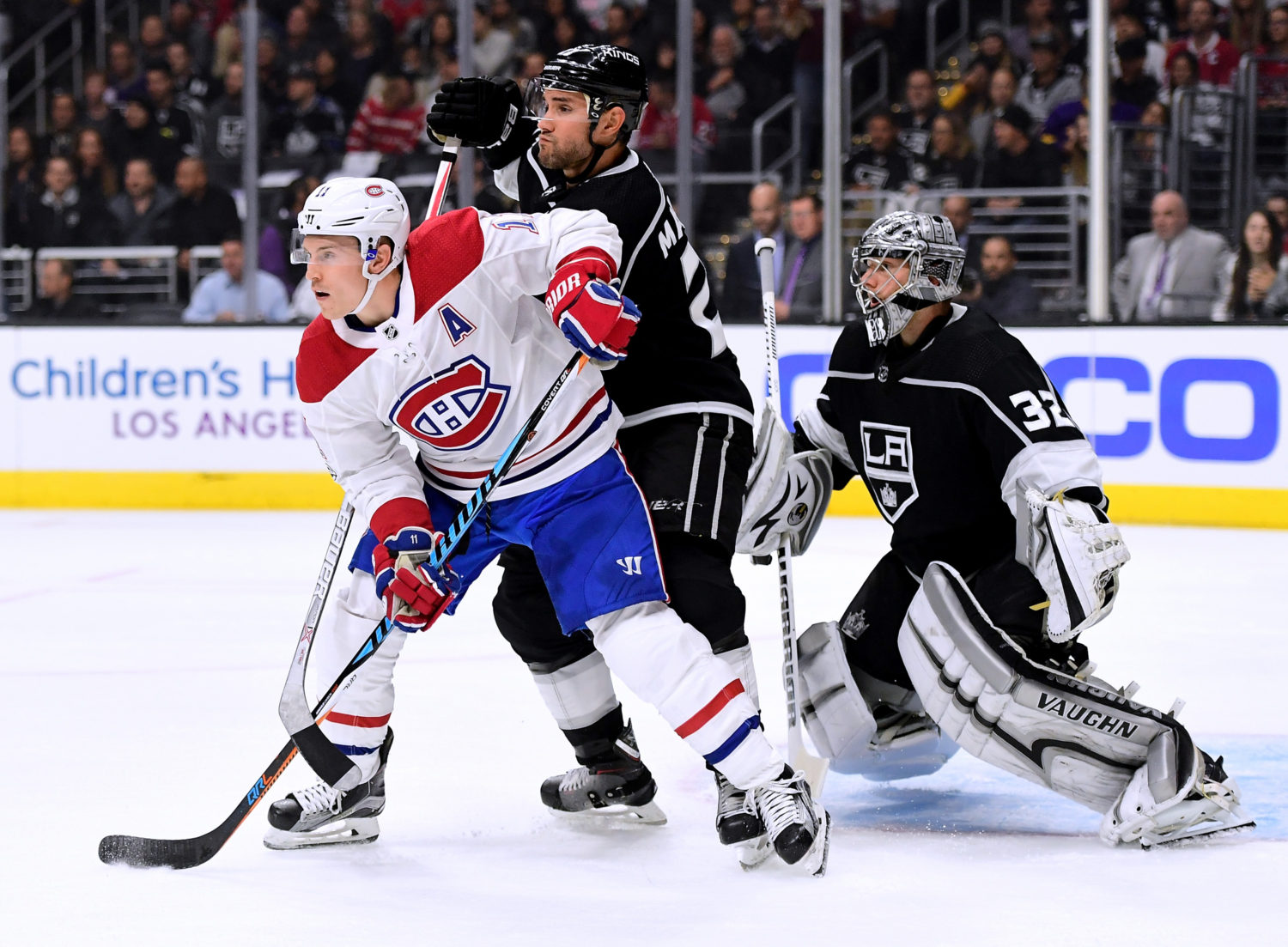 Going forward: Fresh off a bronze medal at World Championships, Martinez is bound to Los Angeles for three more seasons at a plenty palatable $4-million per. Because the Kings have reinforced their defensive depth and were coming off a bottom-quadrant offensive season, they used the first months of the 2017-18 to gauge where exactly their offense was at and whether they’d need to trade from a position of strength for some added scoring punch. This wasn’t the first time Martinez’s name had come up in trade hypotheticals, but heed what I’ve reported for the last nine months: Los Angeles has no desire to remove important roster players under extended contracts (see: Martinez, Muzzin, Toffoli, Pearson) from their room and will only do so if the return is too good to pass up. There wasn’t anything in the past year that started a snowball towards more advanced Martinez trade discussions, nor does there appear to be anything on the immediate horizon. While he’s now on the downhill side of 30 and is playing for one of the more aged teams in the league, there shouldn’t be any great deviance in Martinez’s numbers this coming year. Again, he’ll receive tough zone starts against quality competition and will see a ton of special teams time. If there’s an area in which his production could rebound, it could potentially be on the power play, where there could be some added talent squeezed onto the second unit with Ilya Kovalchuk soon to set up shop to the left of Anze Kopitar and a winger getting pushed down. But, you know what you’ll get from Martinez: hard, two-way responsible minutes, quick decision-making and pacing, excellent foot and puck skills, the ability to square up to shooters and step in front of shots. He’s good for another 70-plus games, nine or 10 goals and 30 or so points while continuing to demonstrate all-around continued growth beyond that of an offensive-minded role player. There’s probably not another player on the team whose game has evolved and grown over the last five years as Martinez’s. “Guys like Marty have the ability to know it’s hard but keep digging in and finding more,” said Stevens. 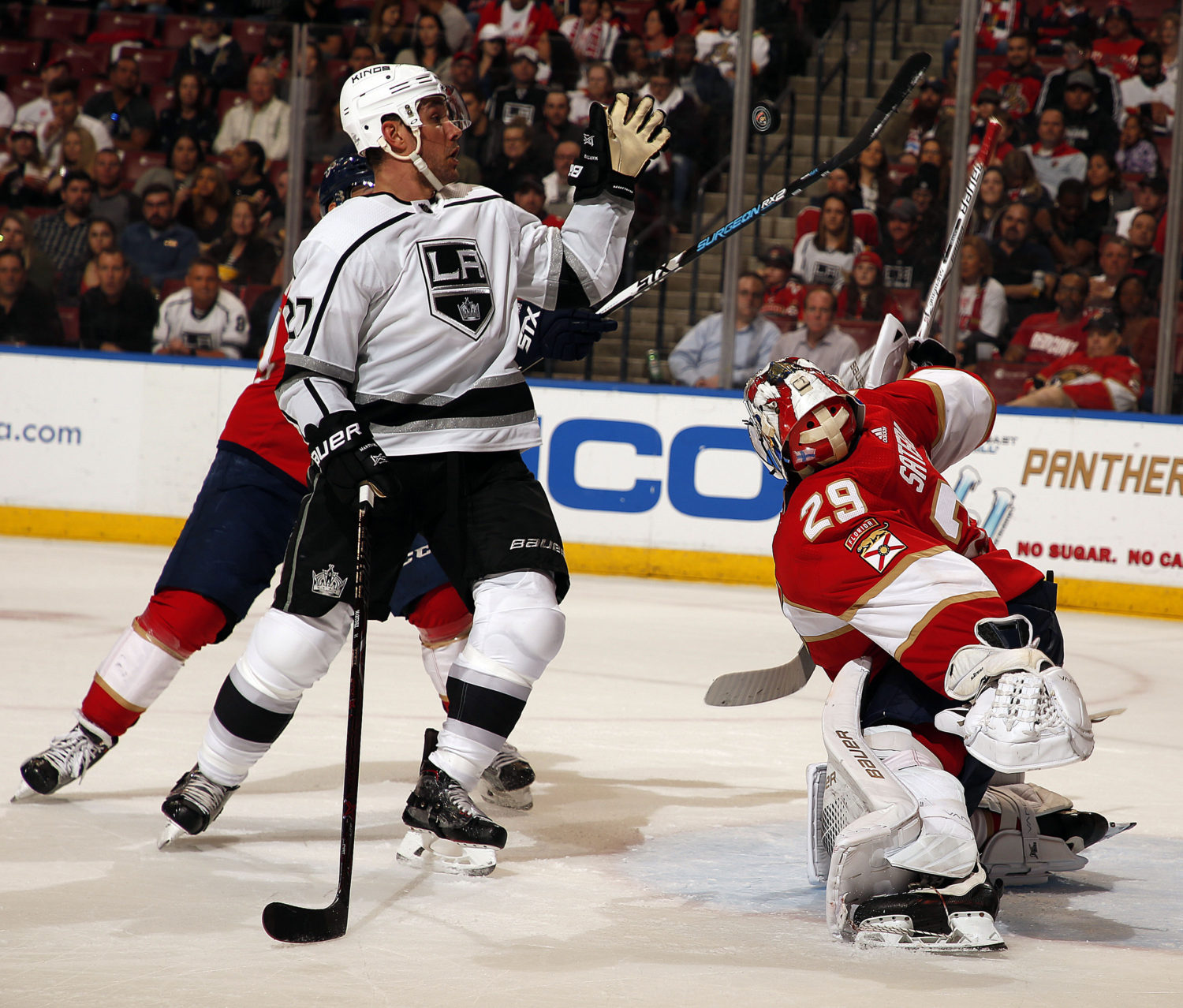 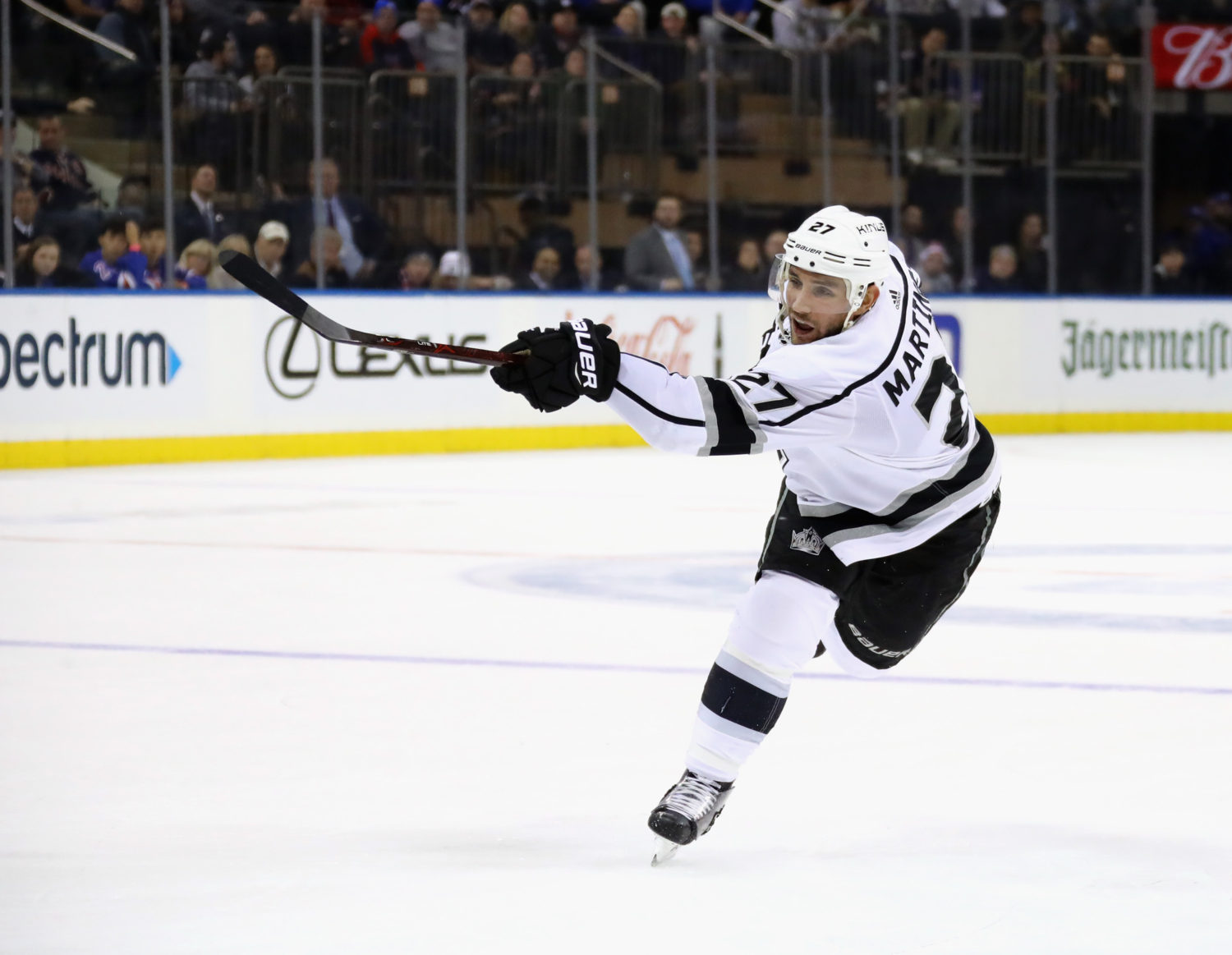