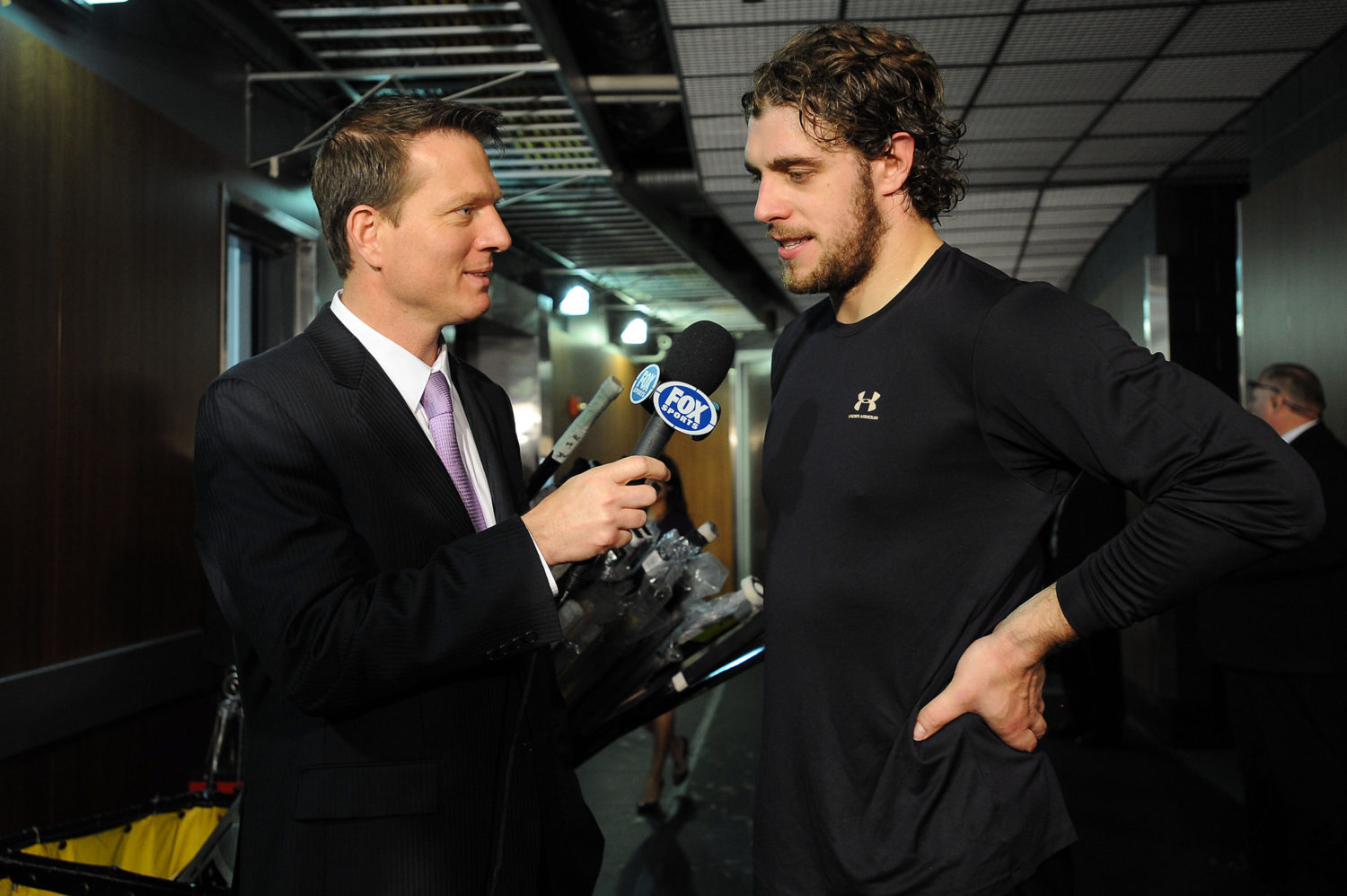 The LA Kings and FOX Sports West/Prime Ticket combined to win four Emmys at the 70th Annual Los Angeles Area Emmy Awards on Saturday night at the Academy of Television Arts and Science’s Saban Media Center. Patrick O’Neal won an Emmy in Outstanding Sports Reporting and Chris Calleton had previously been recognized for his outstanding work in graphics. The LA Kings also won for Outstanding Short Promo – Sports with their We Are All Kings campaign alongside FOX Sports West, and Bob’s Final Game – the Black and White tribute to Hall of Fame broadcaster and Team Ambassador Bob Miller – won Outstanding Sports Feature. The awards recognized work from the year 2017.

In 22 years of Academy recognition, FOX Sports West and Prime Ticket have now been honored with 245 nominations and 82 wins.

Congratulations! Such a pleasure working with a true pro! It is very much appreciated how hard you work to make it so comfortable for everyone you work with! https://t.co/HywBm5rDi9

Who here began the week expecting to click a link and see Alex Trebek, Alex Faust and TMZ in the same sentence? Liars! All of you! On Monday, TMZ publicized an OBJECTified interview between Harvey Levin and Trebek in which the Jeopardy! host praised the Kings broadcaster. “He’s young, he’s attractive, his first name is Alex,” Trebek said. “It wouldn’t be a big hardship for Johnny Gilbert say, ‘and now, here’s the host of Jeopardy, Alex Not Trebek…”

I guess there are worse ways to randomly see your name show up on TMZ! 🤷🏻‍♂️

I will give you good odds that Jim Fox references this story within earshot of Alex in the coming season.

Stick taps to West L.A. native Josh Bogorad, who today was named the Dallas Stars’ television and radio play-by-play broadcaster. Bogorad, who attended University High School, grew up as a Kings fan before spending the last five seasons as the host of Stars radio broadcasts and, more recently, FOX Sports Southwest telecasts. He’ll work with Daryl Reaugh, who will move back to television color commentary. Bogorad becomes the second California-born broadcaster to be named a team’s play-by-play guy this summer, with Sacramento native Marc Moser ascending to the TV play-by-play chair for Altitude Sports broadcasts of Colorado Avalanche games. I don’t have the database for this, but perhaps there are some long-timers on here that might know the answer to this: is Bogorad the first team-specific NHL play-by-play broadcaster from the L.A. area? Upon some correspondence, he appears to be.