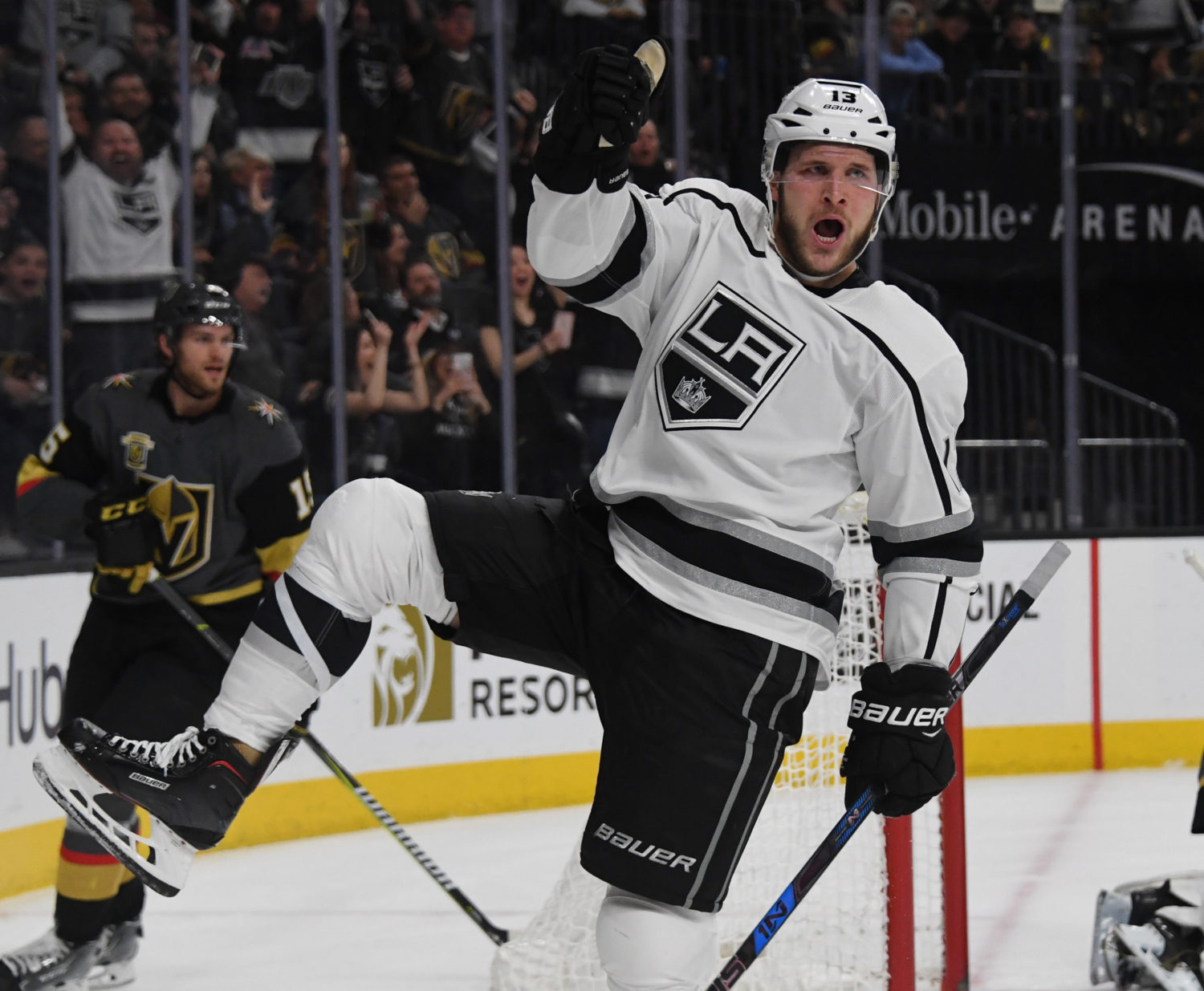 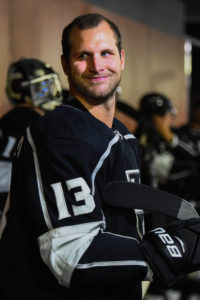 The good: You’ve read this introduction before. There will be a mesh of numbers and figures below, but as much as we can learn from cold, hard data, it won’t paint the clearest, most accurate picture. We’re talking Kyle Clifford here. The consummate teammate and a member of the team’s leadership committee, there’s a reason you’re likely to see him (again) wearing a “C” in a split-squad preseason game. “He’s a generational character guy, a generational human being,” Director of Amateur Scouting Mark Yannetti said earlier this off-season, and while we sadly aren’t yet able to measure the neutrinos and quarks in a dressing room – still waiting on your sports P.K.E. Meter, Dr. Spengler – Yannetti did expand and provided a prime example of The Kyle Clifford Ethos. “If you work out next to Kyle Clifford, if you’re in the room with Kyle Clifford, if you don’t work out a certain way, you look bad,” Yannetti continued. “There’s a way he attacks drills, there’s a way he attacks the gym. If you’re standing next to him, you better be going 100%. And then the guys that don’t feel ashamed, well, then you have Clifford going at you in a one-on-one drill with you on the ice, and if he’s pissed off at the way you weren’t working, now you get scared into doing it.” This is no surprise to the team that got chills during their 2009 pre-draft interviews. His character, assertiveness and gregariously sincere and focused disposition are virtually emblazoned across his chest.

Intangibles! They matter. Things that also matter: Clifford has proven to be a good defensive forward. He’s among the best players on the team at suppressing opposing offense. In 2017-18 he ranked fourth on the Kings with an on-ice 27.6 SA/60; the year prior, he ranked second. His solid 1.86 GA/60 was still good and actually the highest rate of offense against the team while Clifford was on the ice in five seasons (!), a testament to a familiar onus of a fourth-liner: Do Not Get Scored On. And though he is essentially a “fourth-liner,” he does have the versatility to move up the lineup in temporary scenarios. Back to the numbers. He’s not any sort of possession drain; to the contrary, his 2.4 CF%Rel is an upper echelon team rate that followed his +2.1% from 2016-17 quite nicely. These rates developed in spite of Clifford’s traditionally challenging zone starts, which weren’t quite as demanding as Nate Thompson’s, but still squarely aligned away from the offensive zone. He’s an effective forechecker who gets in on pucks, plays physically and gets plays stopped. When the Kings are beating another quality team in a low-scoring game, there are more nuanced elements of Clifford’s performance that may lurk just below the surface but are detail-driven and responsible contributions to the overall team game. “Cliffy, he’s got about a strong of an identity as you can find in hockey,” John Stevens said in December. “I think with Cliffy, when he plays, you know exactly what to expect and what you’re getting. He’s a straight-line energy guy that gets in on the forecheck, disrupts a lot of plays, really sound in his own zone and brings a real physical presence to the hockey team, so we don’t expect anything different.” He’s also willing to screen opposing goalies and drive to the net, and in his career has shown a knack at scoring on wraparounds.

The bad: The Kings pay a premium for Clifford’s intangibles and responsible play. His $1.6-million cap hit is tied for the 404th highest in the league, and of the 403 players with higher AAVs, only three players – Jason Chimera, Matt Martin and Jori Lehtera – remained in the NHL all season and averaged less than Clifford’s 10:32 average time on ice per game. And as great as Clifford’s defensive numbers have been, his offensive numbers are also noticeably depressed. Los Angeles scored only 12 goals in Clifford’s 515 minutes of five-on-five action, and his 1.4 GF/60, though above his 1.1 in 2016-17, was still the second-lowest of his career. This was because the team shot 4.38% while Clifford was on the ice, a percentage that ranked last among all L.A. forwards. Clifford’s on-ice 31.9 SF/60 was quite good, so essentially, he helped tilt the ice and played in the attacking zone, but because of the lack of skill associated with an energy role, struggled with his linemates to transfer the possession into actual production. And that’s not exactly ideal for a cap-constrained team looking to boost its scoring.

Though he rebounded to score seven goals in only 50 games, Clifford’s season hit a bump early when he suffered an upper-body injury on October 11, missed two months, appeared in three games, and wasn’t quite 100% when he briefly returned to IR shortly before the turn of the new year. (He then played in 44 of the next 45 games after returning, as well as all four games of the first round playoff series.) The disruption to his season quickly derailed the Clifford-Shore-Lewis line that clicked quickly in training camp and showed promise early in the season. Alas! Clifford returned and ultimately finished with a slight uptick in his own individual production. In his career, he has scored seven goals (in 76 games), five (in 81), seven (in 48), three (in 71), six (in 80), three (in 56), six (in 73) and six (in 50). 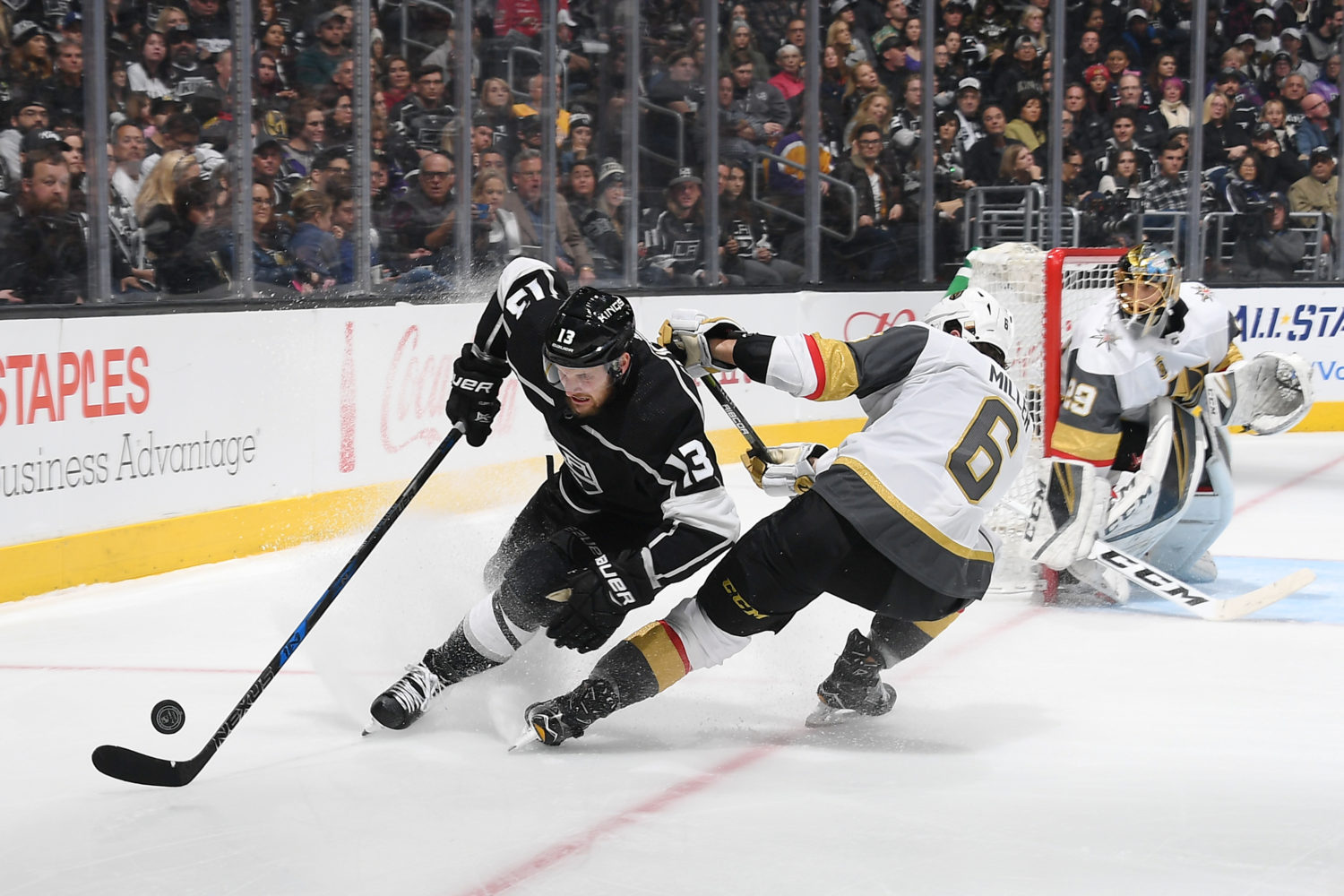 Going forward: Players are asked to maximize their skill set and form an identity as a player, and Clifford was able to do that well before his 26-year-old season. He’s not a scorer, and he’s compensated beyond what would be expected for a typical fourth line role player, but he possesses abilities that aren’t measurable in simple scoring or shooting metrics. He’s a team leader, a smart player who understands when to pick his spots and when to pull back. He’s a legend for those who were present for his scouting combine interview and how he’d “tear your hand off with a handshake,” as described by Assistant General Manager Michael Futa while recalling The Kyle Clifford Experience. He’s beloved in the dressing room, in coaches’ offices and from management’s perch. And that’s great! It’s fun to write these words about a player who has been eminently approachable and helpful and is now, amazingly, entering his ninth (ninth!) NHL season. But, the Kings did not win a playoff game in 2018, and when Drew Doughty’s contract kicks in in 2019, there will be an even stronger impetus to ensure that there are good returns on players in whom they’ve invested their available cap space. But that’s a year from now, and the status quo should continue to hold true until then. Clifford will again score his six or seven goals, assist on eight-to-10 more, miss a handful of games because of how hard he plays and the physical nature of his role, crash into a goaltender while on a breakaway, and continue to draw the praise from teammates, coaches and club executives. There are few players as selfless as Clifford or as willing to sacrifice any sort of individual acclaim for the collective good. The Kings, likewise, compensate Clifford commensurately for such intangibles. 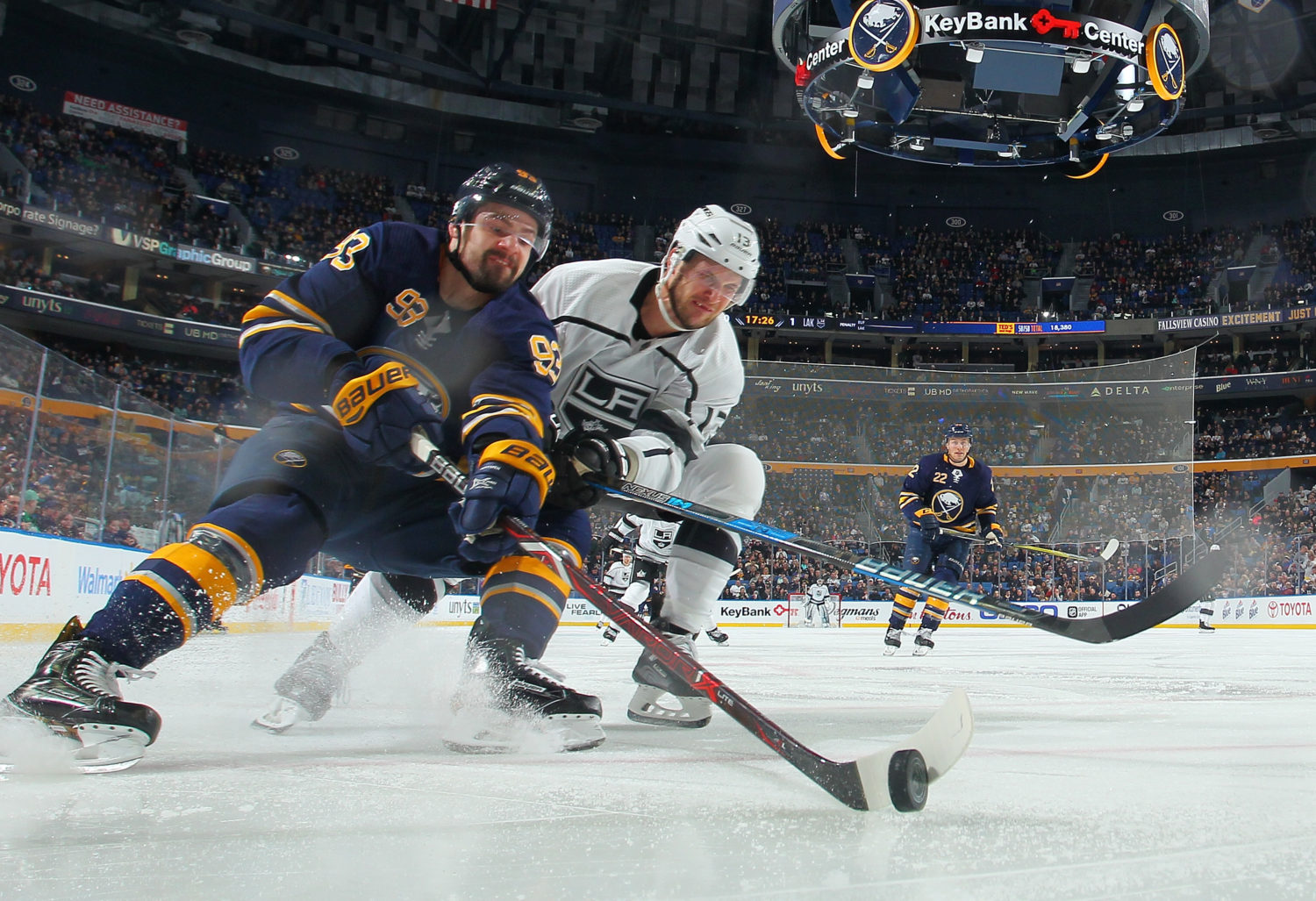 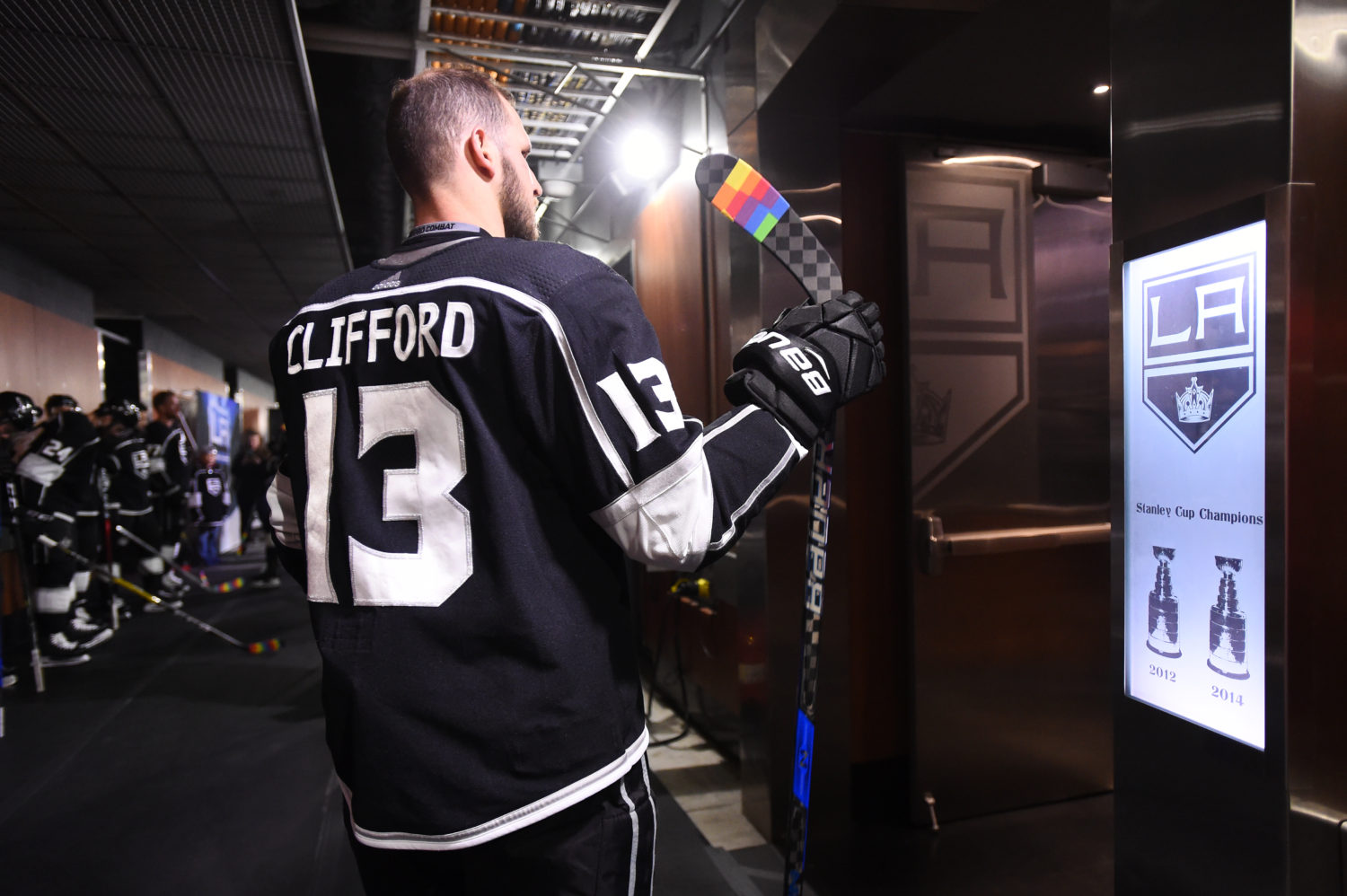