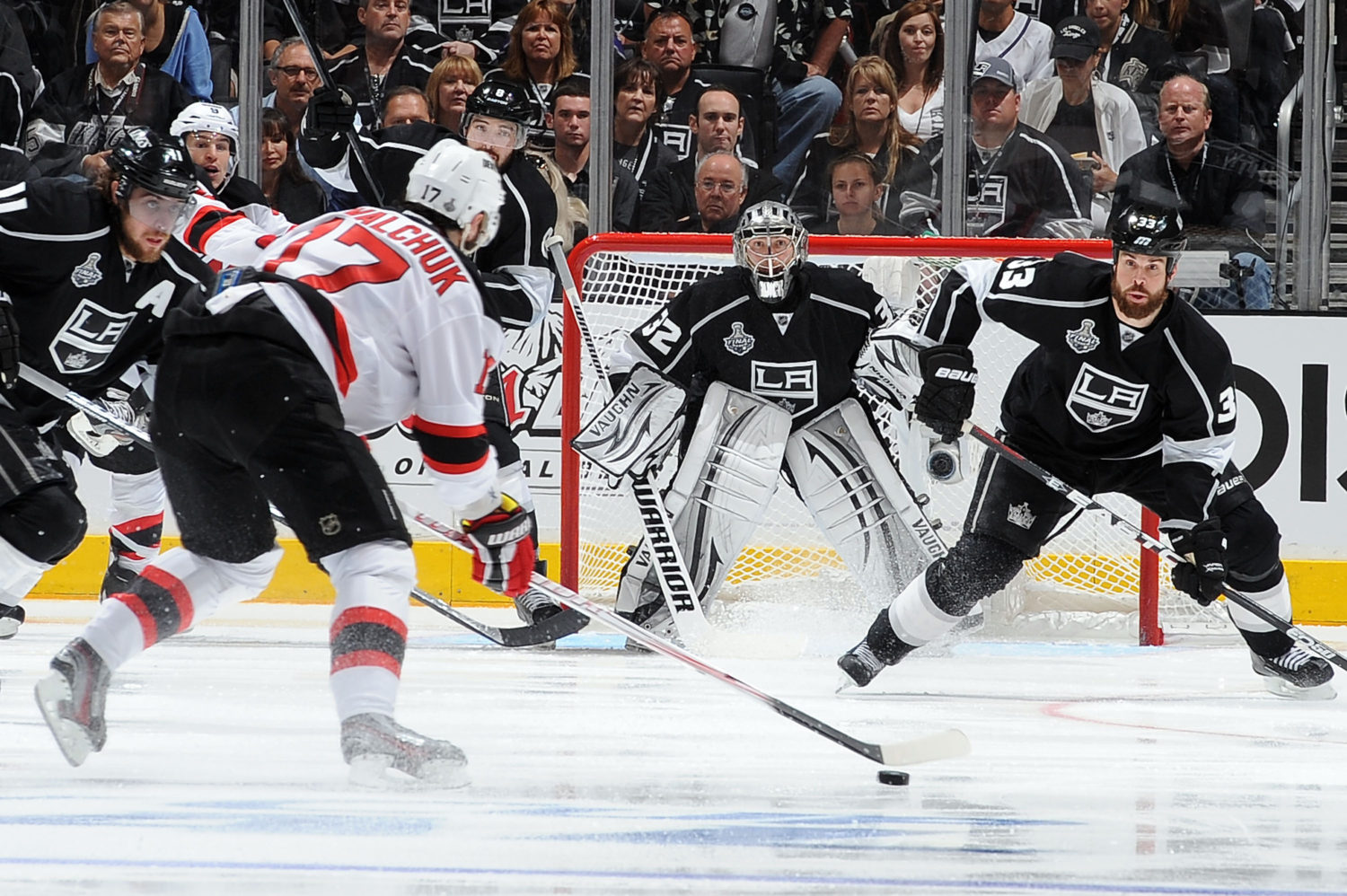 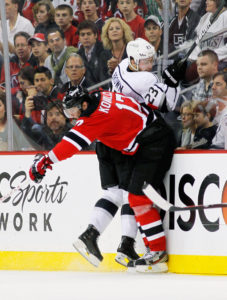 Good afternoon! Thank you for joining us on Ilya Kovalchuk Content Saturday. If you recall, the Kings’ prized free agent acquisition has had an eventful start to 2018, winning an Olympic gold medal, losing in the third round of the Gagarin Cup Playoffs, finalizing a three-year, $18.75-million NHL return and catching some thrilling World Cup games with Evgeni Malkin, Alex Ovechkin and Alexander Radulov, all while posting some impressive workout (and, uh, shark-hunting) videos.

But the media hadn’t heard a great deal directly from Kovalchuk ever since he agreed to terms with the team on June 23, and it was natural that he’d face questions about a return to a more speed, skill and pace-driven league as a 35-year-old after five seasons with SKA St. Petersburg and the Russian national team. The same friends he watched Russia-Spain with were those who spoke on behalf of an evolving NHL.

Kovalchuk hadn’t followed close attention to the Kings during his five years in St. Petersburg. But he did pay closer attention to the NHL this past season as a return to the league in which he was selected first overall in 2001 began to take form. “It’s a great league, he said. “All the best players are playing here, and it’s another challenge for me to come back and be who I am and play at the level of where I can play.”

“I was following the NHL last year actually more than four years ago when I was there,” he said. “But I saw the playoffs this past playoffs – it’s good. Obviously, it’s changed – the time’s running, and I’m not getting younger, but like I said before, we’ll see. I can’t predict the future. I feel good. I’m a young 35, and we’ll see.”

Kovalchuk led a dominant Olympic Athletes from Russia team to a gold medal at the 2018 PyeongChang Games as a dynamic and multifaceted offensive presence on a team that also boasted younger stars in Nikita Gusev and Kirill Kaprisov, as well as newly minted Triple Gold Club member Pavel Datsyuk. At around that time, the whispers that he was considering a return grew in volume.

Kovalchuk met with the Kings in early June, and credited the ability to compete for a Stanley Cup, the message he received from President Luc Robitaille and General Manager Rob Blake, as well as a group of players “who know how to win, and [are] really hungry to win,” in his decision to play for the team.

“When I was making my decision, it was all about hockey because I have three or four years left in my tank where I can really play at a high level,” Kovalchuk said. “L.A. has a great group of guys. Like I said, great goaltending, great defense, and they have one of the best centers in the league. I never had a chance to play with those kinds of guys, so it’s really exciting for me. It’s great.” 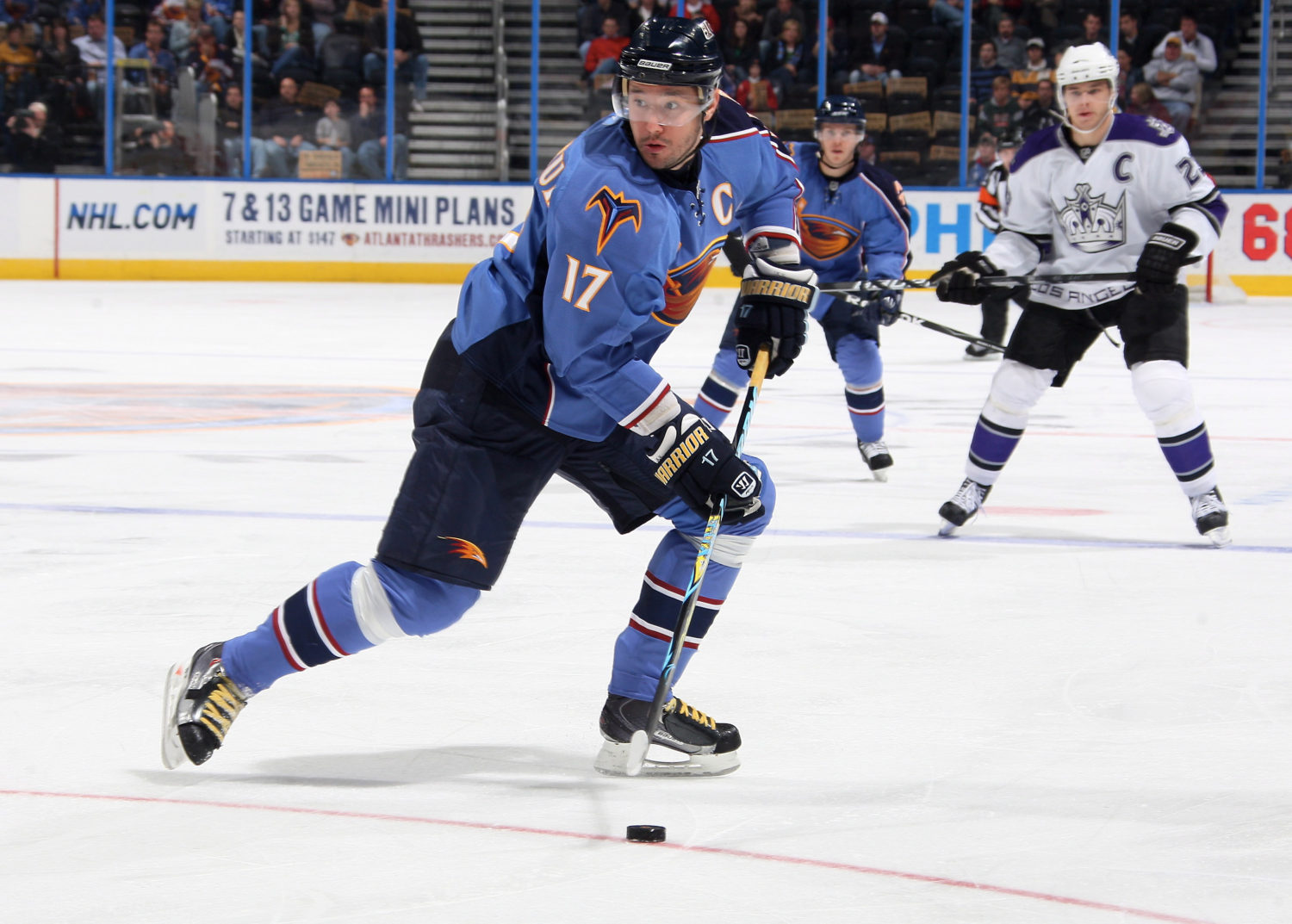 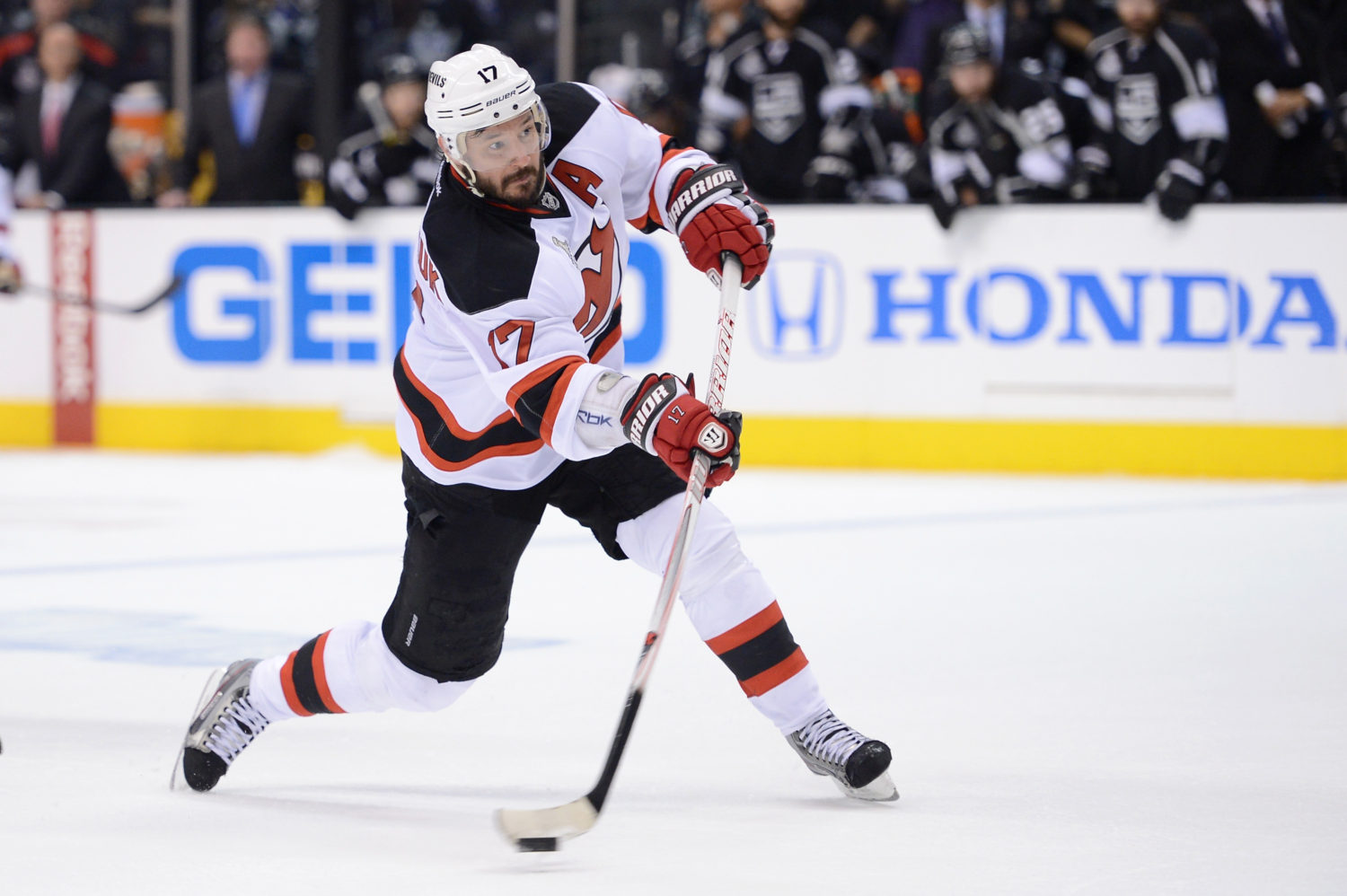 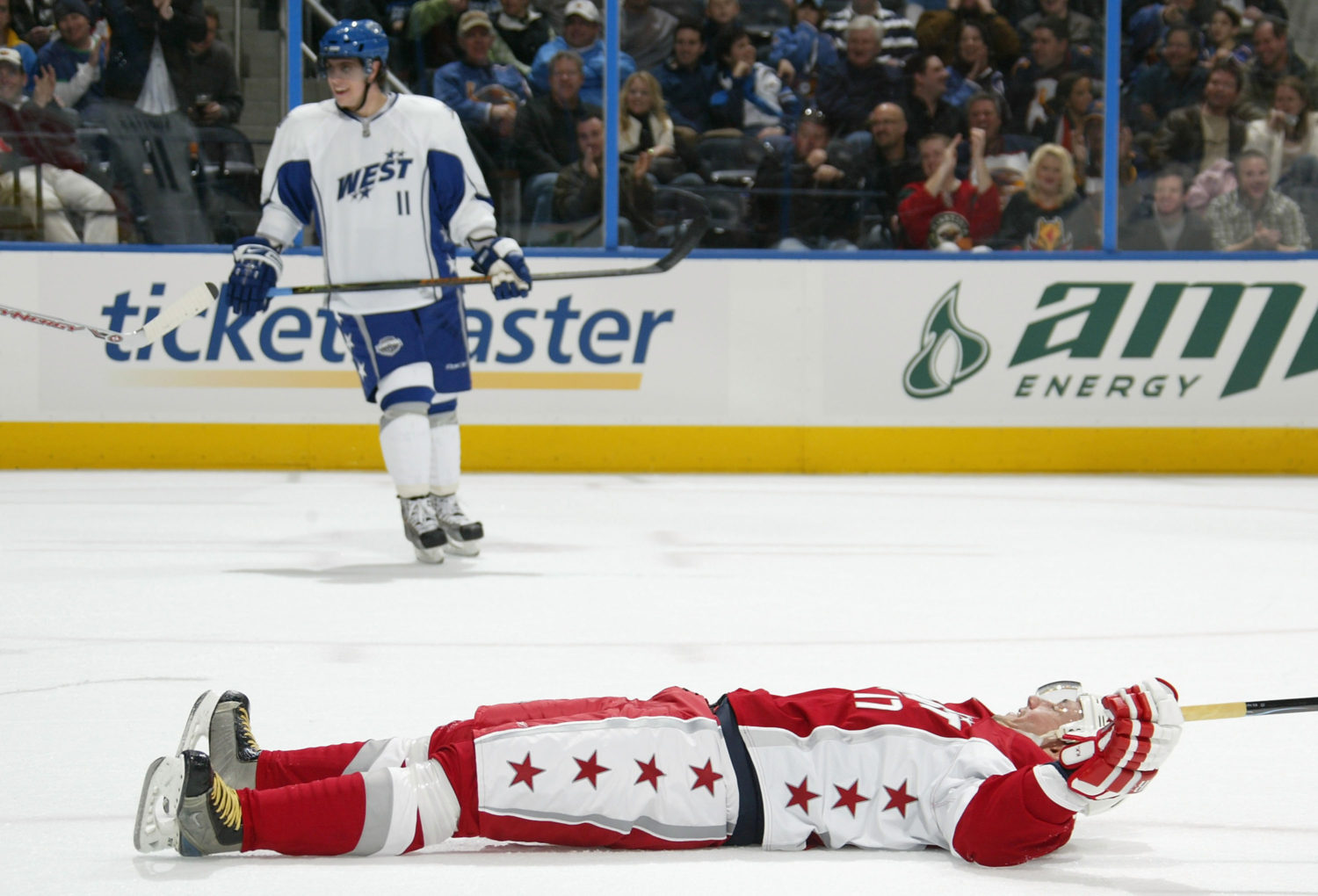 -Kovalchuk’s workout videos, which have made their way through social media, were evidenced as examples of an impressive training regimen. “I am 35. A young 35, like I said,” he said. “But it’s good that you follow my Instagram.” On staying in shape as he’s advancing in peak athletic age, he said, “You just have to train a little more the older you are.” Don’t we all know, Ilya.

-The team quickly reached out to him upon his signing. “Actually [Anze Kopitar] texted me right after I signed, so it was great. A lot of guys texted me and asked me if I needed any help to move in … and welcomed me to the team, so it was nice. … At training camp we’ll get to know each other more, and we’ll talk about the season and what we’re going to do. But for me, like I said, I just need to be in the best shape possible to be ready, because it will be the coach’s decision who I am going to play with.”

-Why did Kovalchuk choose the Kings when a number of other teams were also vying for his services? “Like I said, when I met with Luc and Rob, we had a great meeting. They said that they were really interested in me, and that was the most important because before I came here, I wanted to go to the team that really sees me where I can be productive,” Kovalchuk said. “I think that’s a good combination, and now, from my standpoint, I need to prepare myself as much as I can for training camp and be ready for the season.”

That the Kings were reportedly the one team to offer a third year wasn’t important, according to Kovalchuk. “Right now, I don’t think it’s the right time to talk about other teams in the mix. I just want to say I appreciate that they made me the offers and they talked to me, and we met with a few teams and wished them good luck. But I am very excited, me and my family, that we signed with L.A., and I’m really looking forward to being in the NHL and especially playing for the Kings.”

-It seemed as though there were several opportunities for Kovalchuk to quantify or detail what type of production he’d bring to the Kings, but he wasn’t keen on any sort of grand predictions or expectations. “I can’t see the future. I will do my best,” he said. “The last few years I was still in the same caliber like I was, so I feel comfortable. Especially when you play with the guys like Kopitar, Doughty, Carter, Brown, those guys, they make it even easier to get the points and the goals. We just need to work really hard and be a good team. It doesn’t matter really who’s going to score – we just need to get to our goals.”

-The Summer of Ovi was referenced. “It was great. He’s still celebrating, I think. He just gave the Cup a few days ago back to his teammates, so it was great to see a few Russian guys win the Cup the last three years – Geno was winning. … [The Capitals] always had a great team, and this year they did it, so I’m very happy for him.” 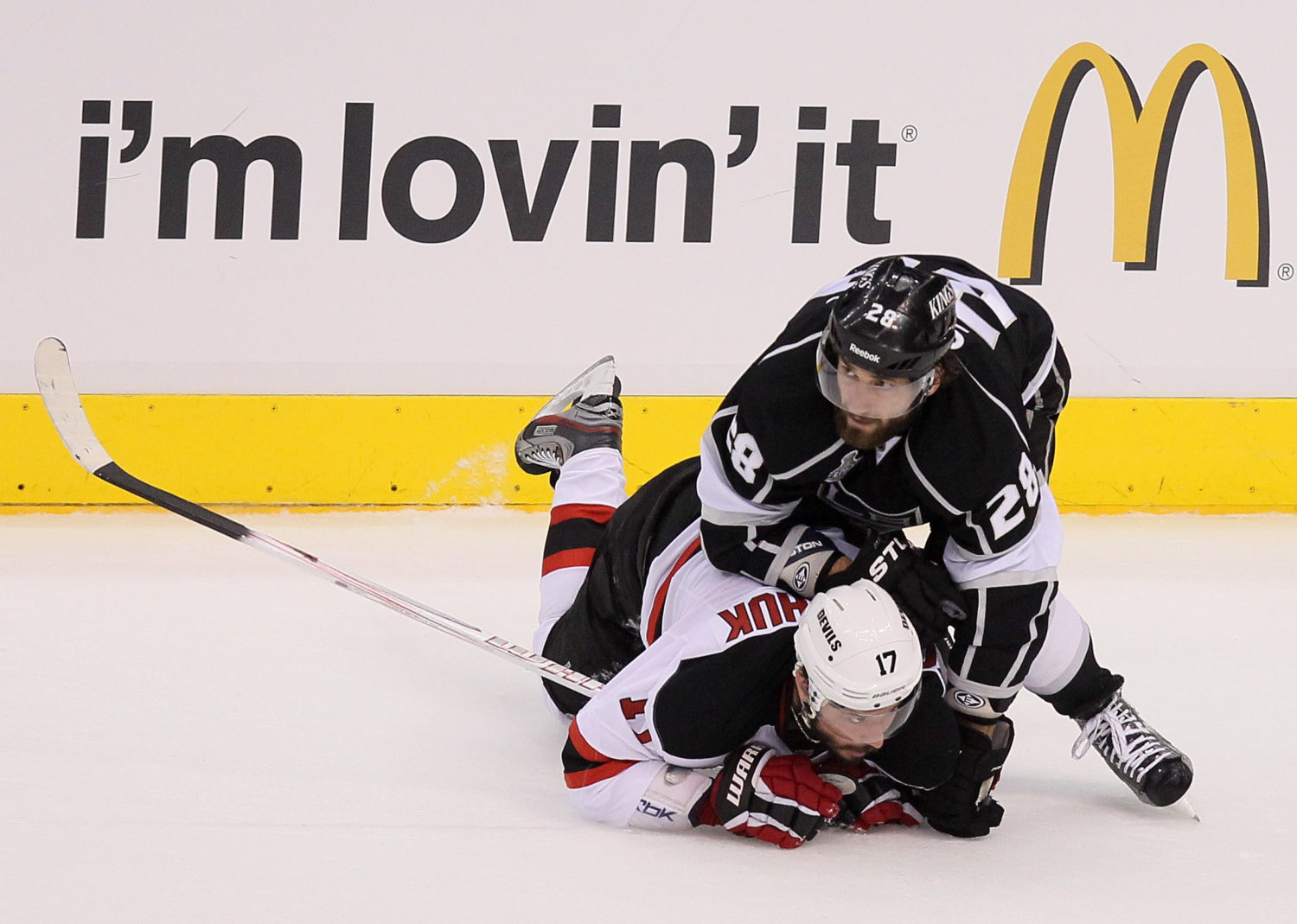 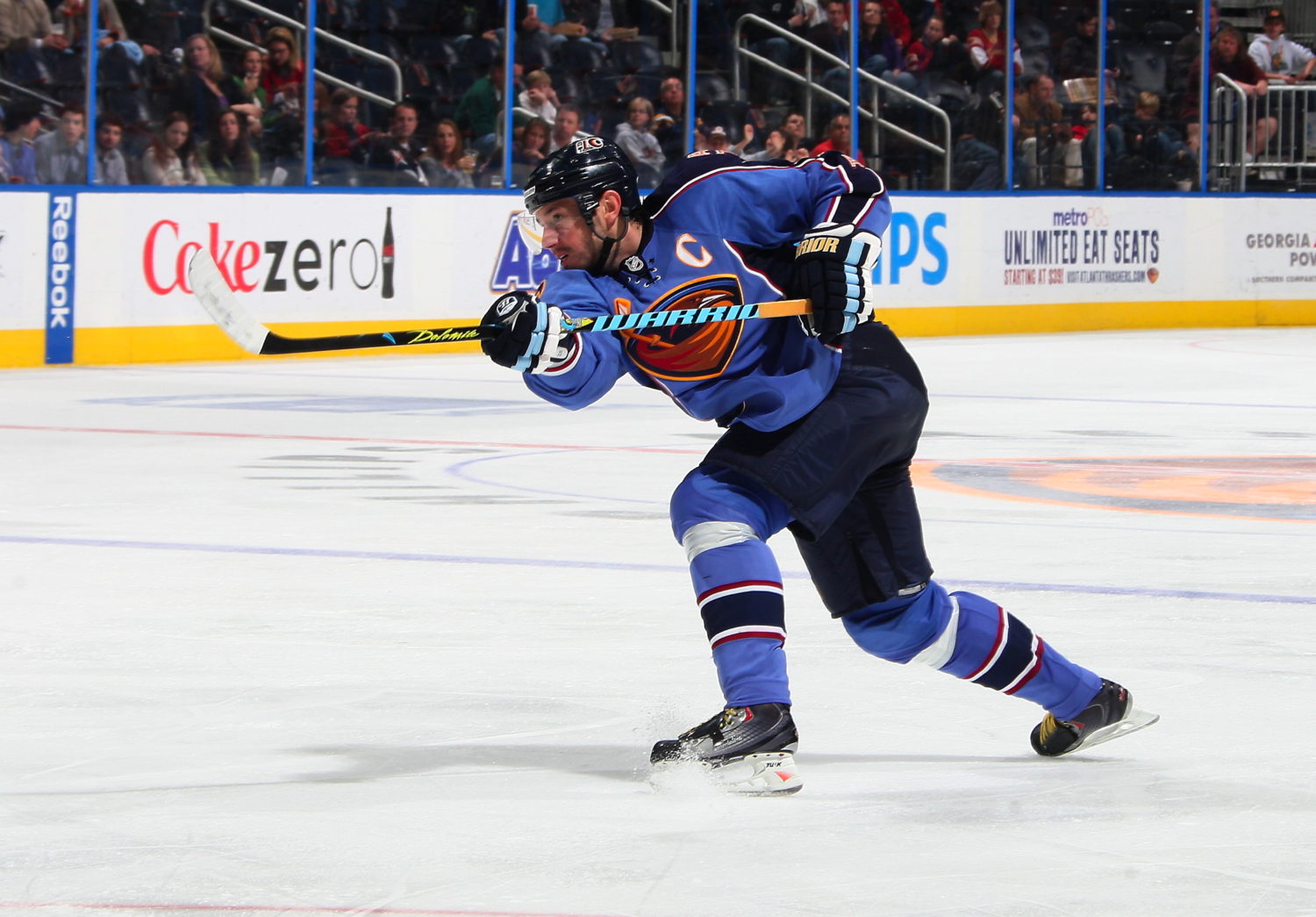