The Kings have signed defenseman Sean Walker to a two-year entry-level contract. Walker spent the 2017-18 season, his first as a professional, with the Ontario Reign, where he led all defensemen in assists, points and plus/minus.

The decision to reward the first-year pro with an ELC, LA Kings Insider was told, was a “unanimous” decision made by hockey operations after Walker, who played his first professional season on an AHL contract, graded very well in consistency, leadership and coachability. Though the team has appeared enamored with his more intangible attributes – his name surfaced throughout much of 2017-18 as a player having a positive impact on several levels in Ontario – he also possesses the type of attributes that work in concert with the team’s push for additional skill and speed. He’s athletic, competitive and very mobile, with “skating off the charts.”

There are areas in which Walker can continue to improve, but the team sees him as a potentially viable option to be called up if needed, hence the ELC. There will be a lot of competition on defense – see: LaDue, Fantenberg, Brickley, MacDermid – for him to gain a ton of buzz come training camp, but in the event that the Kings face a multiple-injury scenario, Walker would become another option should his game continue to trend positively. With the sparkplug-type efforts he provided last year, that’s probably a safe bet.

Walked was undrafted out of Bowling Green State University (NCAA) where he served as the team captain for his junior and senior years. In his four seasons in college hockey, he posted 80 points (22-58=80), a plus-47 rating and 250 penalty minutes in 160 games. 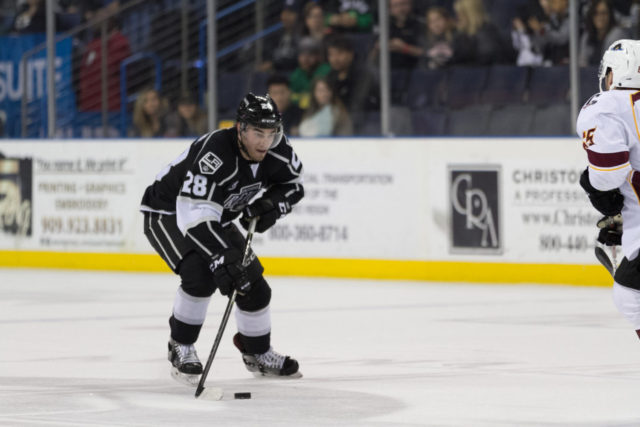