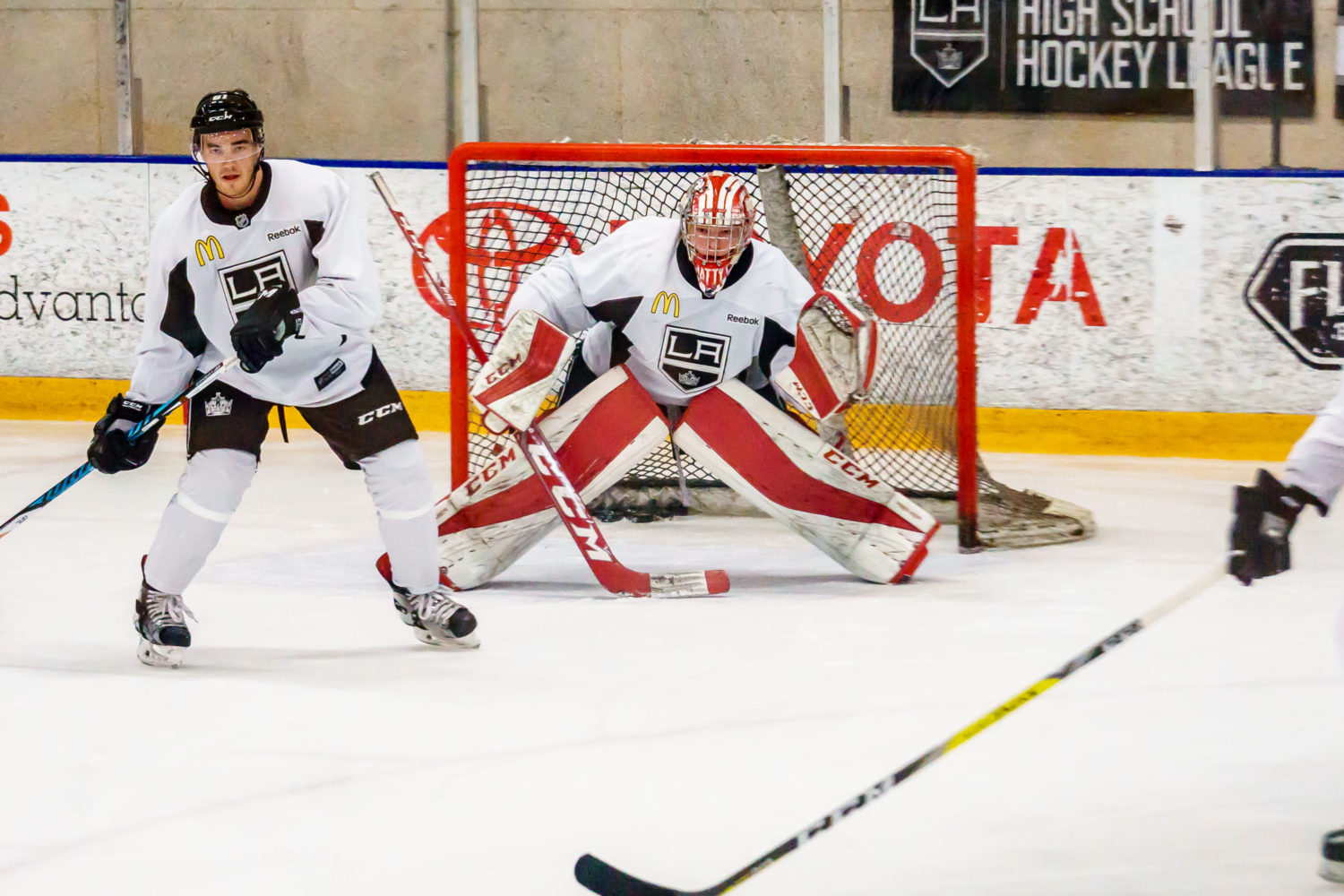 The LA Kings announced Sunday that development camp, as expected, takes place this week at Toyota Sports Center. This is the second consecutive year that the camp immediately follows the NHL Draft; prior to 2017, camps had taken place in late July. I haven’t heard about the availability of Johan Sodergran, but all other players drafted over the weekend are expected to attend, with the exception of forward Bulat Shafigullin. This will also mark the first time Gabriel Vilardi will be a full participant at an official Kings camp.

The camp will open Tuesday morning and run through Friday afternoon. Practice times, as well as an official roster, will be shared early in the week. For those looking for a frame of reference of when to attend, last year’s sessions took place at 8:15 a.m., 9:30 a.m. and 10:45 a.m., followed by a late afternoon scrimmage. Again, that’s not a confirmation of the times each group – forwards, defense and goalies – will take the ice this year, but rather a ballpark of when the sessions should occur. When the roster becomes available, I’ll share it, along with a few notes and observations of those attending.