Futa on Kupari, options to move up or down, any “temptation” on moving the pick 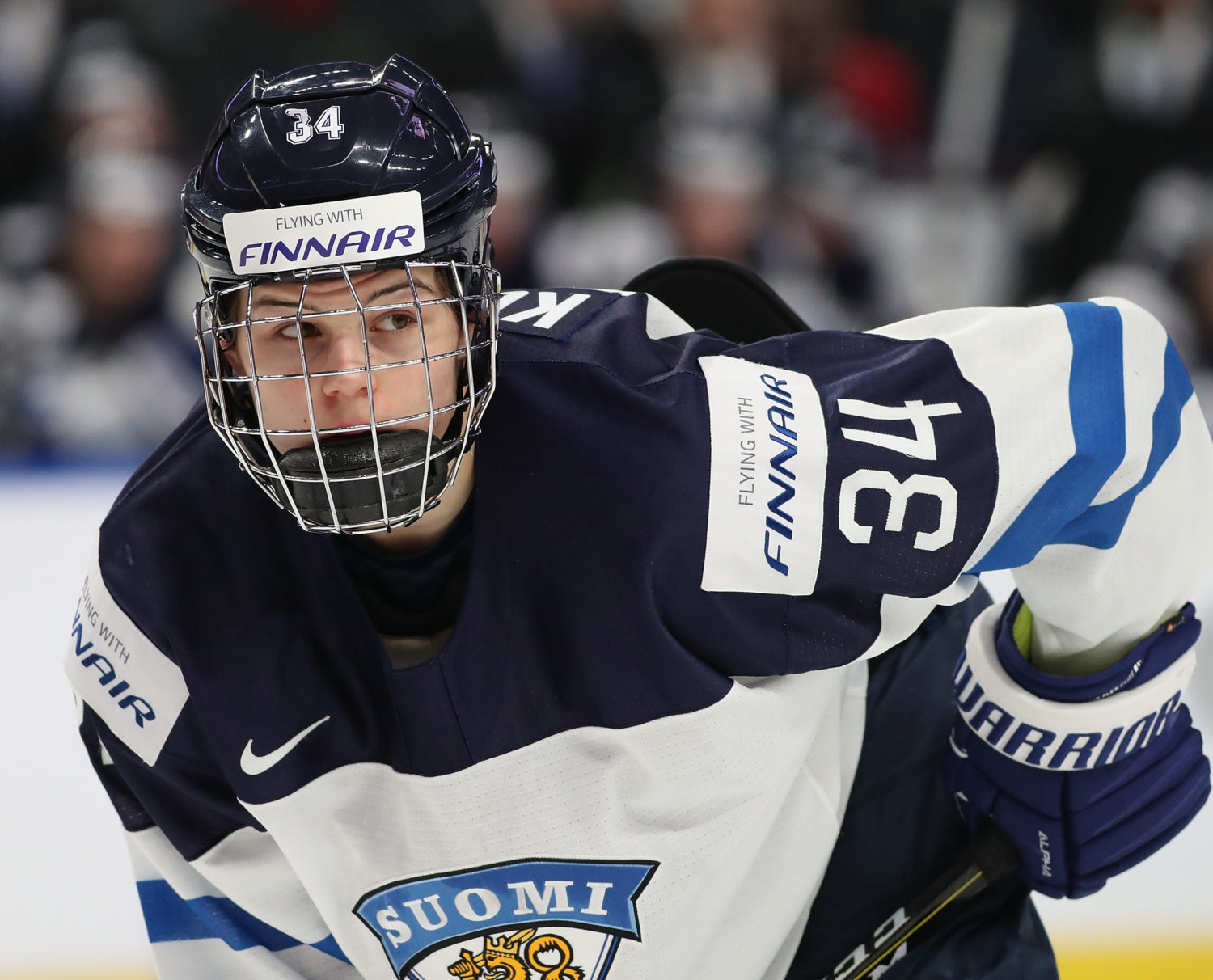 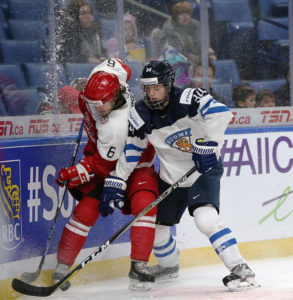 Michael Futa, on whether there were opportunities to move up or down from 20:
You know what? No. We were pretty comfortable. The list really fell as we had seen it. We wanted to get a forward, and came down to you’re watching certain forwards go. We had a couple kids – I guess we’d call them outliers – that went ahead of where we had them rated on our list, which pushed back a player that we had up much higher. But we had two forwards at the table that we were very comfortable with making that selection, and Philly didn’t take either one. They were one-two on our list, and we ended up taking the one on top.

Futa, on what pushed Rasmus Kupari ahead of their other target:
One player was ahead on our list. We went in order. They’re both very similar players. We felt there was probably a little bit more offensive upside with the kid we went with. Both kids we were looking at were excellent skaters, and this kid, I’d say he’s a little bit younger as far as where we think he’s going to go with his physical growth and development, as well. When you saw him up on the stage, it was pretty obvious to me. I had met him at the combine, but I think him and Moeller’s kid were the two youngest kids on stage.

Futa, on the importance of building organizational depth at forward:
It’s awesome. You know what? Blakey’s really stuck to our guns with regards to – you saw last year with Vilardi dropping and the year he’s had. Just got to keep adding to our shelves. We’ve got some good young players coming up. This guy brings an element of speed. I know Christian probably mentioned it to you that his skating is very comparable to the way Kempe skates and the kind of speed that he brings to the table, and he’s got a great shot off the rush. Again, holding on to our first round pick, you see some of these teams that don’t have picks and don’t have banners, and it’s got to be frustrating for them, and for us to be able to build – like Blakey said, the free agents that we’ve been fortunate with that we’ve added. Untapped speed, skill and talent, we’ve got to find it everywhere, so I think we’ve really added it.

Our trainers think of every detail. pic.twitter.com/amJYy9vUAx

Futa, on holding onto the pick despite “temptation” to exchange it for an NHL player:
There’s always temptation and there’s always talk, but at the end of the day, Blakey’s got a plan, and we’re all on board with it as far as sticking to it and finding a player. There were discussions about possibly being there at the table if a forward we didn’t covet when we maybe considered moving back, we never really talked about moving up. We think we’re in a good place tomorrow with a pick in the second round as well, and again, we’re constantly looking for ways, obviously we’re in discussions over different things over how we want to improve our team as it currently is, but at the same point, you can’t sacrifice your future, and I think we added an excellent [player].

Futa, on whether there was an opportunity to trade for a late-round pick:
No, not right now, no. The thing we ‘ll do, we’ll re-address tonight. What happens after the first round all the time is you re-evalute your list and you go have a look. That first pick in the morning that Buffalo has is like a gold nugget. It’s unbelievable when you actually see what’s left on the table. You may have a guy that’s way up on your list that you might have discussions about trying to get a little higher in the second round. It’s quite interesting, for sure. 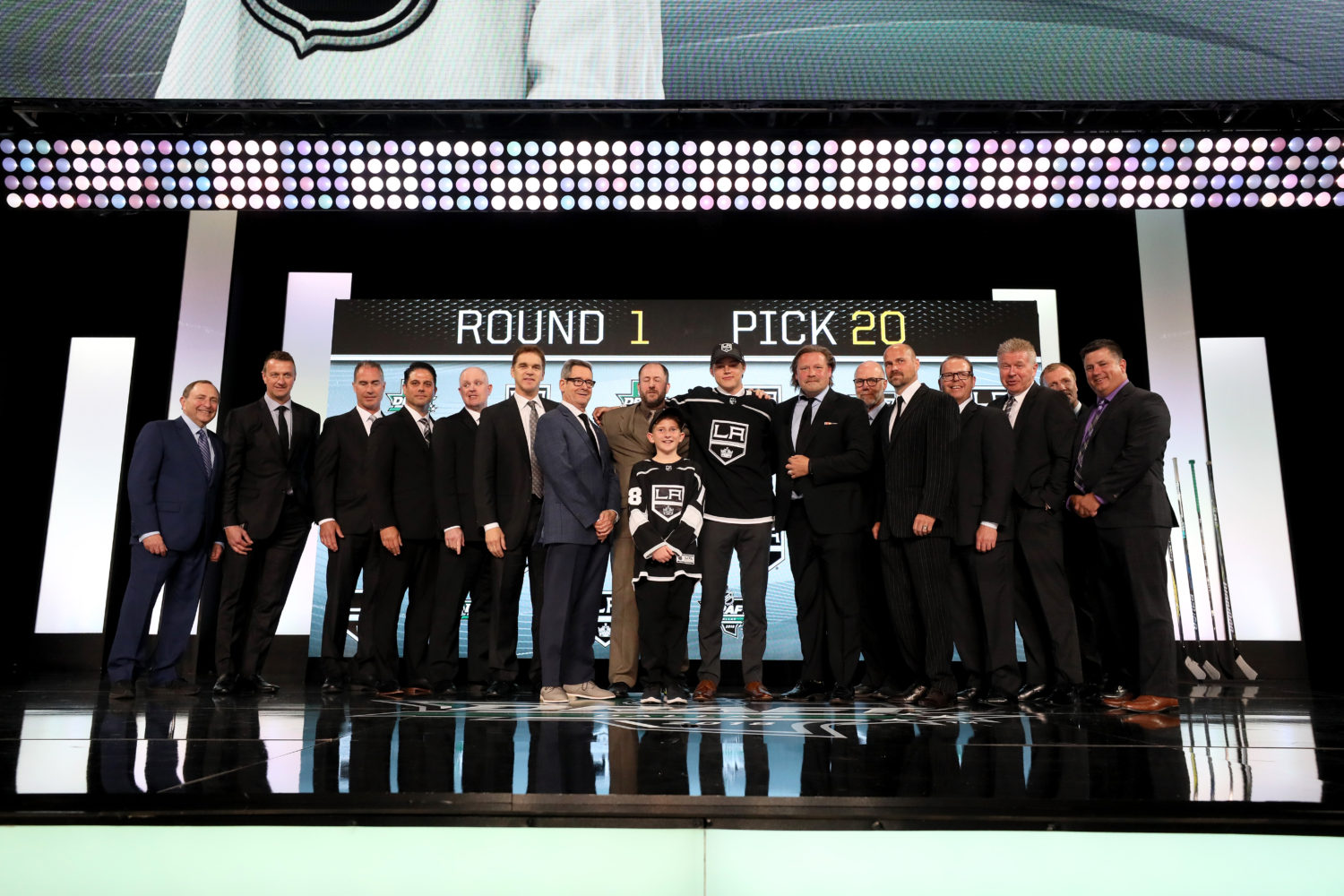