The 2018-19 schedule, in all its glory; factoids and bullet points 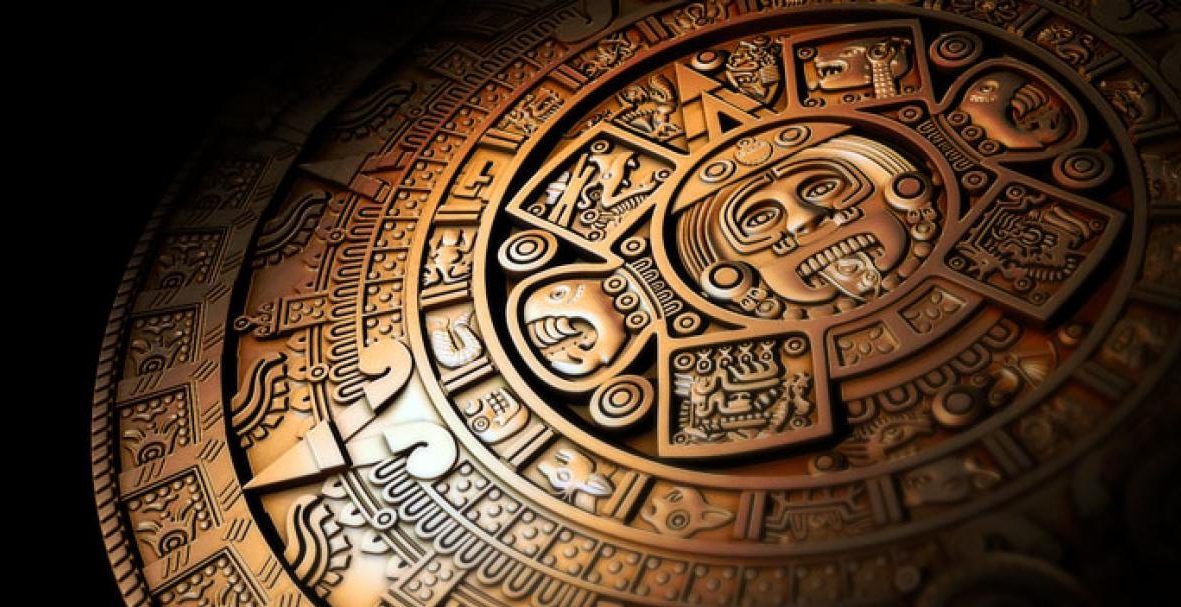 BEHOLD! THE 2018-19 SCHEDULE. TREMBLE AND COWER IN ITS INVINCIBILITY! 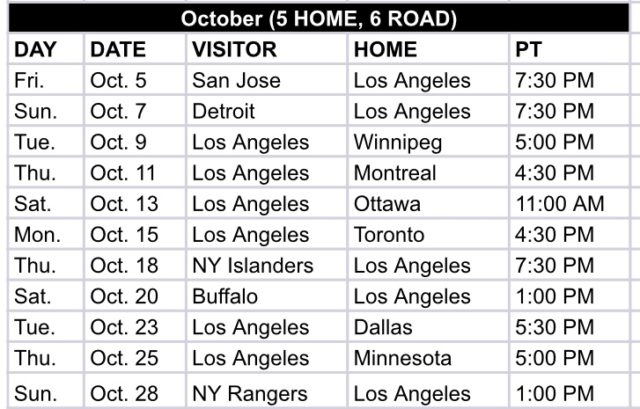 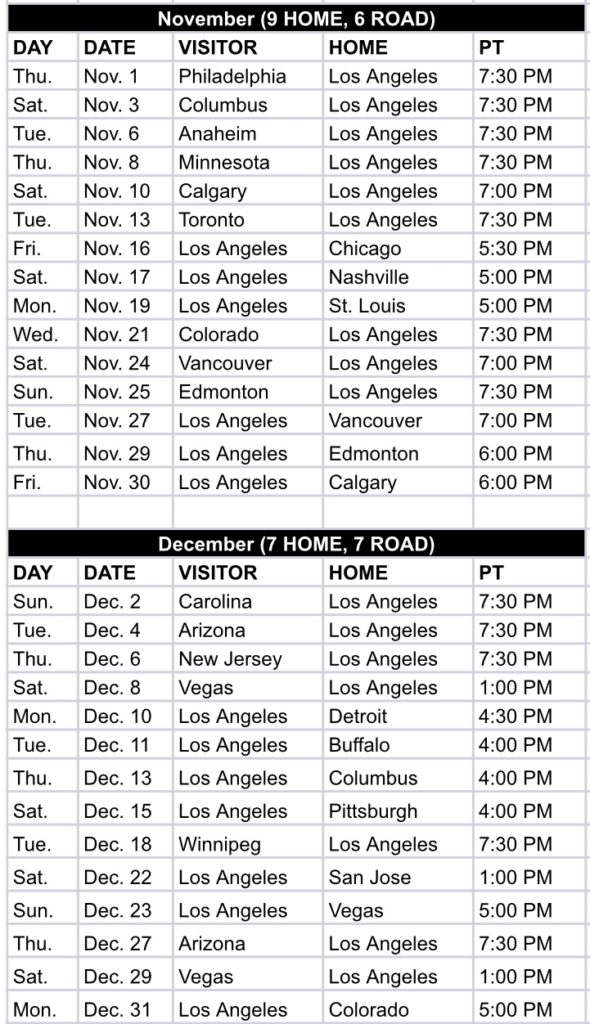 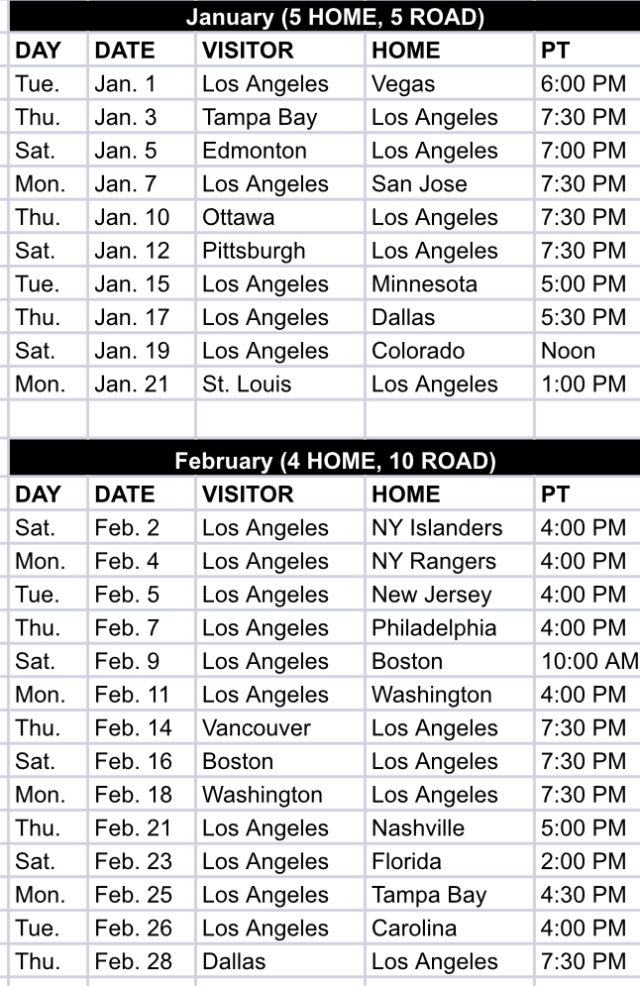 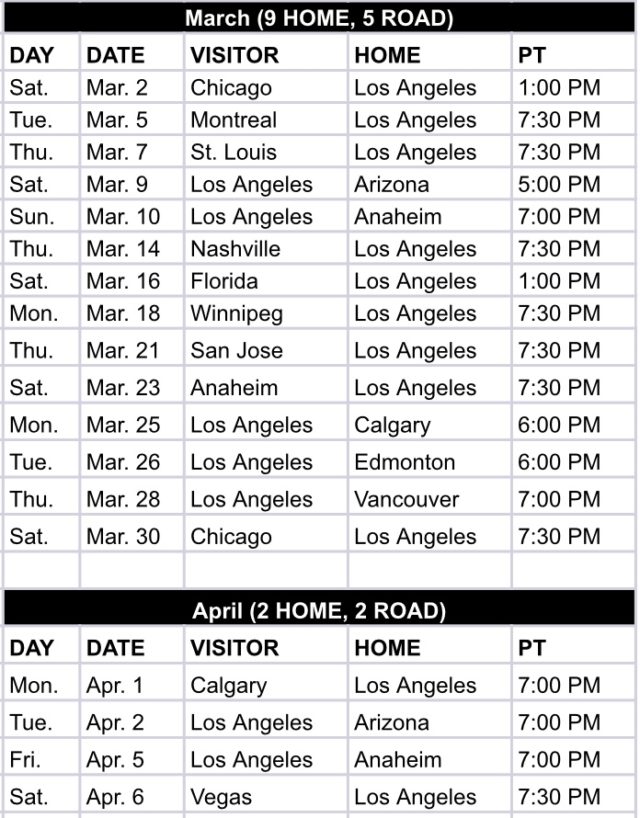 –Because of the unbalanced schedule matrix in which seven teams play in the Central Division and eight teams play in the Pacific, Los Angeles faces six divisional teams four times and one divisional team five times. The extra game is a home game against Vegas. The Kings face the Golden Knights at Staples Center on December 8, December 29 and April 6, and at T-Mobile Arena on December 23 and January 1. This means the teams will play four times over a 24-day stretch between the eighth of December and New Year’s Day. And while both road games at Vegas come on the second night of a back-to-back, I guess it isn’t the worst thing in the world spending New Year’s Eve in Vegas, followed by a day at the sports book watching bowl games, capped off by Kings-Knights. (Just keep the seats warm for us after we arrive late at night from Denver.)

–[extremely Dave Joseph voice] THE ANAHEIM DUCKS ARE IN TOWN… on Tuesday, November 16 and Saturday, March 23. The Kings will visit the Honda Center on Sunday, March 10 and Friday, April 5. There’s only one Kings-Ducks game through the first week of March.

–That’s representative of a Pacific-heavy schedule in the second half. Los Angeles faces only three divisional teams through Thanksgiving before a late-November Western Canada swing. They’ll conclude the season by playing 11 of their final 15 games against Pacific teams.

–Fittingly, defending champion Washington will make its lone visit to Staples Center on President’s Day, February 18. The Caps have lost eight straight games in Downtown Los Angeles since a win on December 14, 2005. The Kings will visit the nation’s capital one week earlier on February 11.

–The bye week and All-Star Break have combined into one super-long break in which the Kings will play St. Louis at home on January 21 and won’t play again until they face the New York Islanders *at Nassau Coliseum* on February 2. All-Star Weekend takes place January 25-26 in San Jose.

–The Grammy Awards return to Staples Center this February, at which point Los Angeles heads east to New York, New England and the Mid-Atlantic. They’ll play the Islanders, Rangers and Devils on February 2, 4 and 5, followed by games at Philadelphia, Boston and Washington on February 7, 9 and 11.

There’s also a Saturday game at Florida on February 23 that begins at 5:00 p.m. local time, which is not technically a matinee, but will provide for some fine afternoon viewin’ back home.

–Let’s talk Central Division. The Kings will play two games at home and one game on the road against Chicago, St. Louis and Winnipeg, and one game at home and two games on the road against Colorado, Dallas, Minnesota and Nashville. Again, this relates to the unbalanced schedule matrix: Los Angeles has the extra Pacific Division game against Vegas, and it’s a home game. That means they’ll play one more road game than home game against the Central.

–Ticketing information, via the Kings: LA Kings Season Ticket Memberships for the 2018-19 season are on sale now with three membership levels: Full Season, Half Season, and Quarter Season. Deposits are also being accepted for Groups of 15 or more and Private Event Suite rentals, and deposit holders will receive exclusive pre-sale windows before the general public. Individual ticket sales information for the 2018-19 season will be released at a later date. Call 1.888.KINGS.LA or visit LAKings.com for more information.