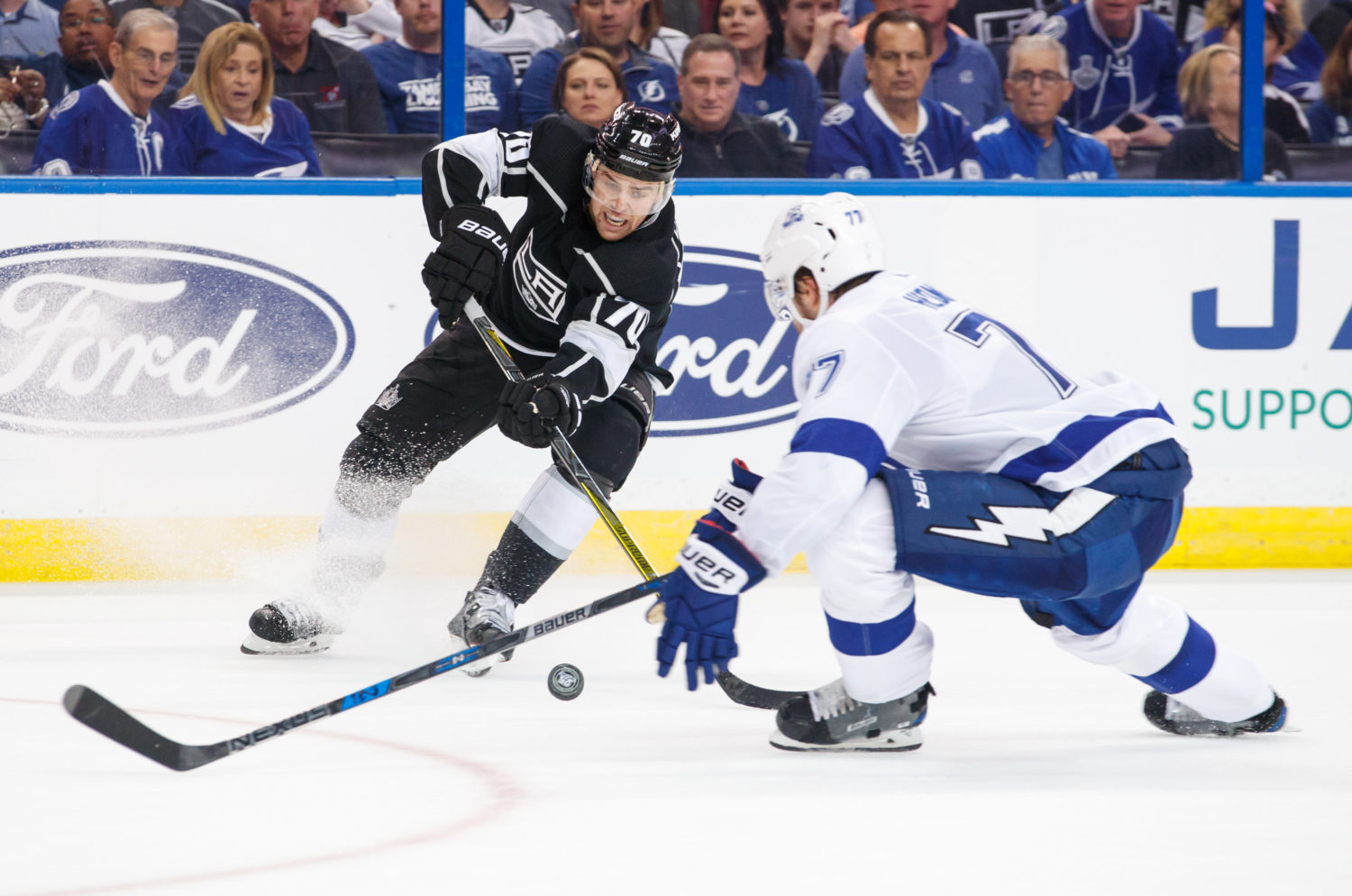 It was relatively close, but Drew Doughty finished in second place to Victor Hedman in 2018 Norris Trophy voting: 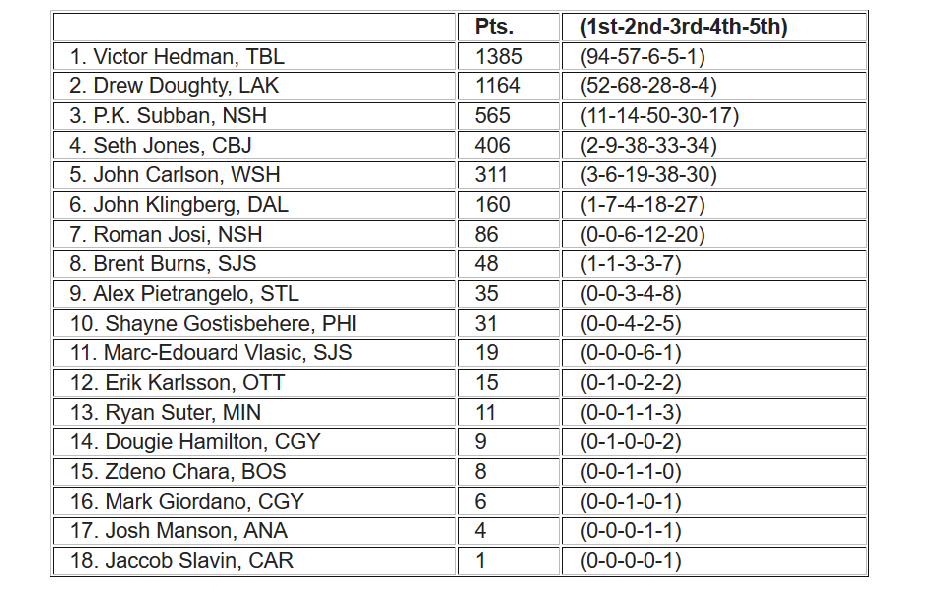 This is the second time that Doughty, the 2016 Norris winner, finished in second place for the trophy. In 2015, he was runner up to Erik Karlsson despite garnering 53 first place votes to Karlsson’s 44. In 2010, he finished third behind Duncan Keith and Mike Green. A glance at each player’s Norris credentials was shared on LAKI in April.

“I think he’s one of the best defensemen in the league,” Arizona rookie Clayton Keller, the third place finisher for the Calder Memorial Trophy, said of Doughty. “He’s so smart, he’s skilled. There’s nothing bad about his game. That’s why he is where he is, and he’s obviously really tough to play against. Good stick. He’s not afraid to use the body. It’s tough, because pretty much every time I was out there, he was out there, too. You’ve really got to work on your chances and just capitalize on the bounces that you get.”