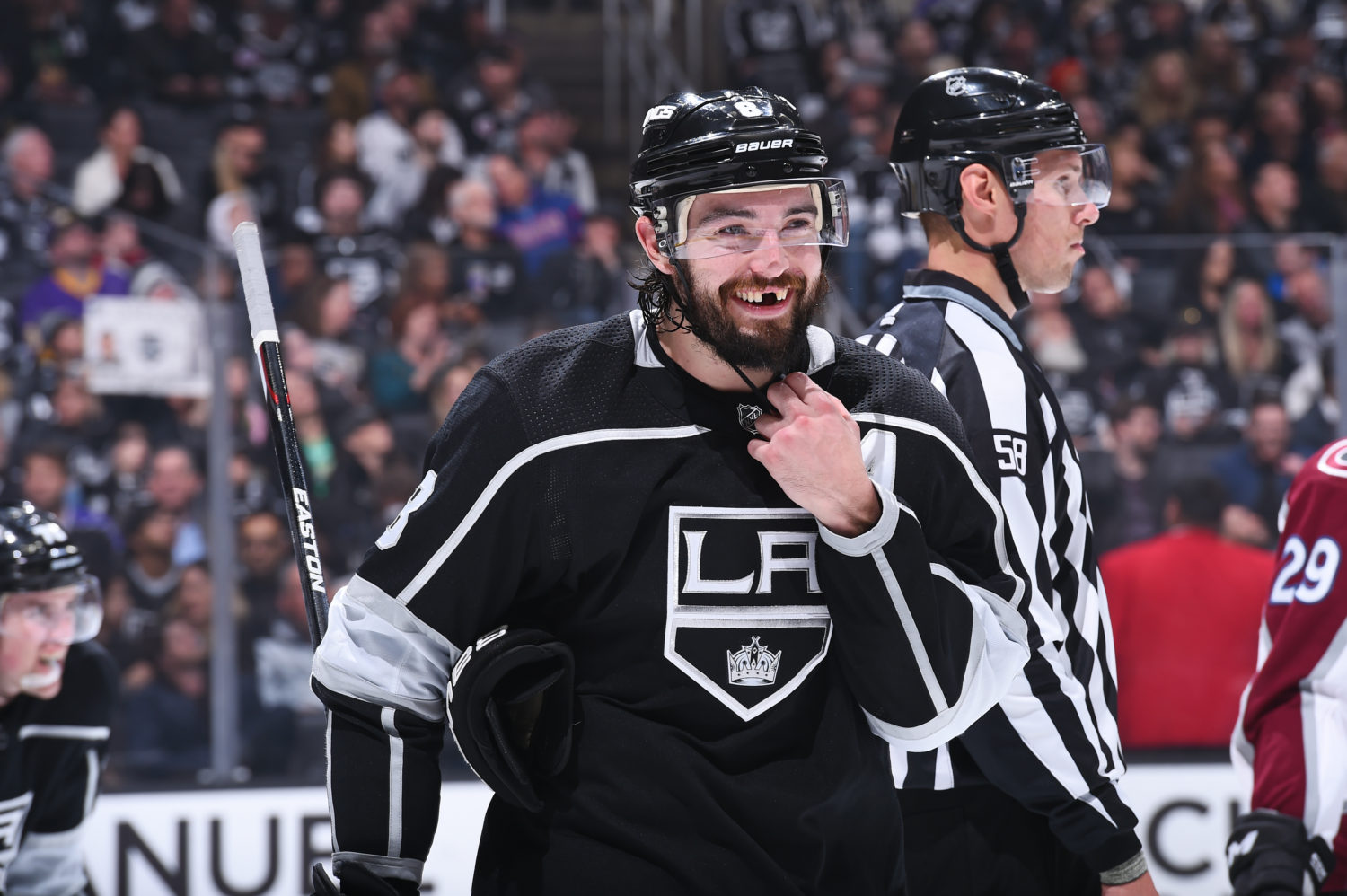 Even if Anze Kopitar didn’t come away with the Hart Trophy and Drew Doughty missed out on his second career Norris, it was still a pretty good haul for the LA Kings at the NHL Awards as Kopitar claimed his second Selke Trophy and Doughty, revealed upon the conclusion of the presentation, was voted as a postseason First Team NHL All-Star.

Doughty was previously a First-Team All-Star honor in 2016, the same year he won the Norris. He also has two Second Team All-Star nods. 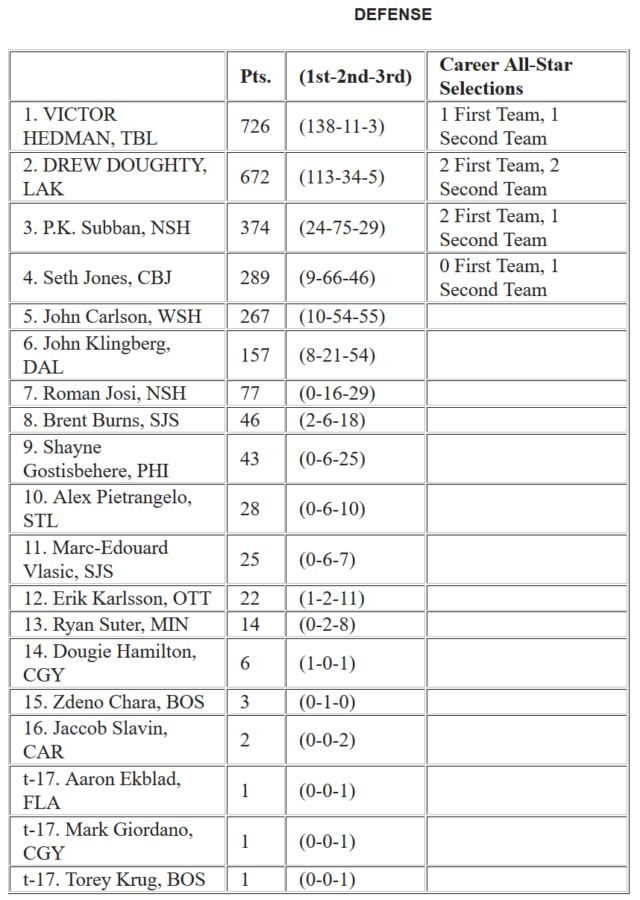 More impressions of Doughty – from players such as Victor Hedman, P.K. Subban and Clayton Keller – straight from the NHL Awards’ red carpet can be found here.

The NHL’s All-Rookie team was comprised of Juuse Saros in goal, Will Butcher and Charlie McAvoy on defense and forwards Matthew Barzal, Brock Boeser and Clayton Keller. 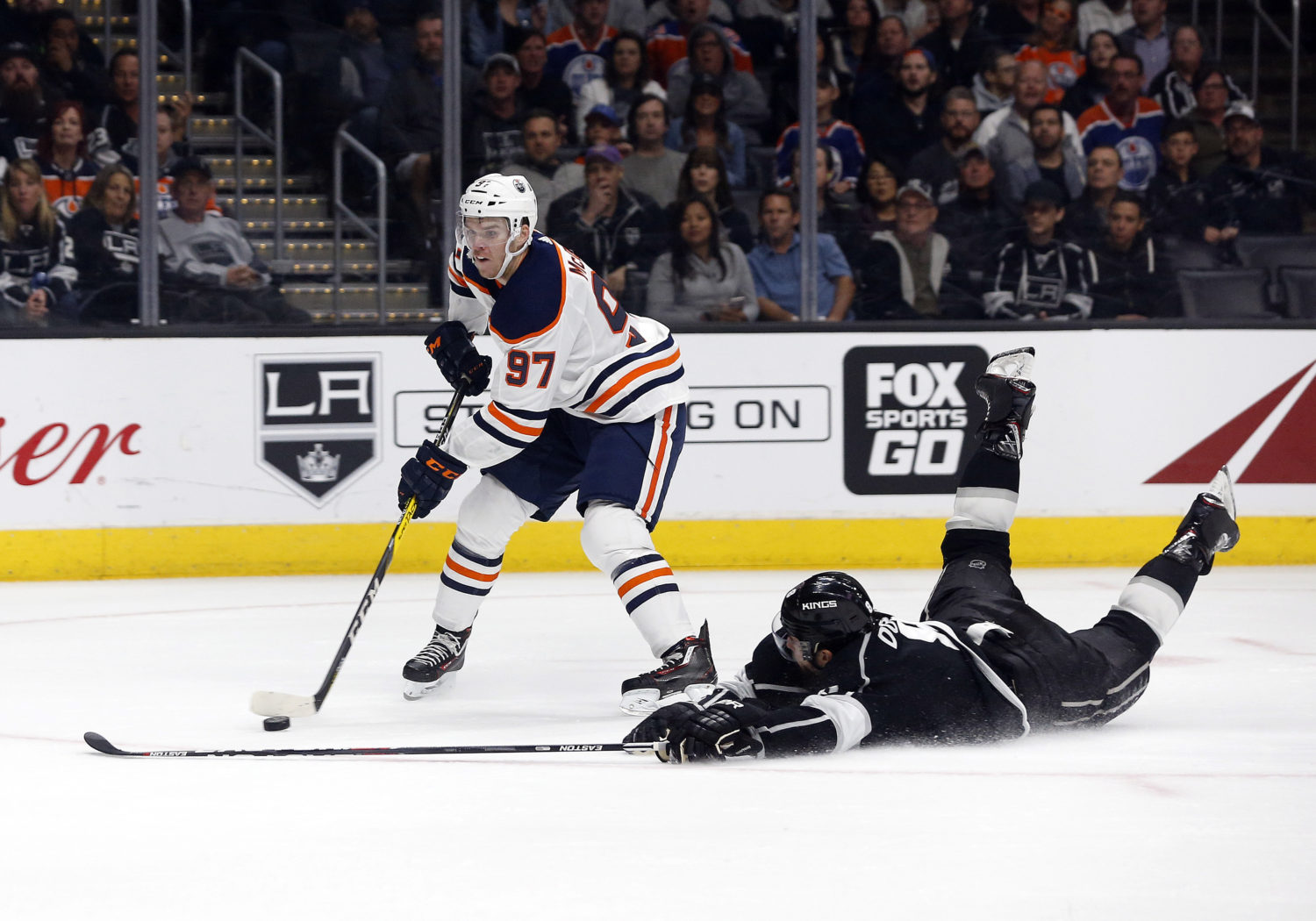