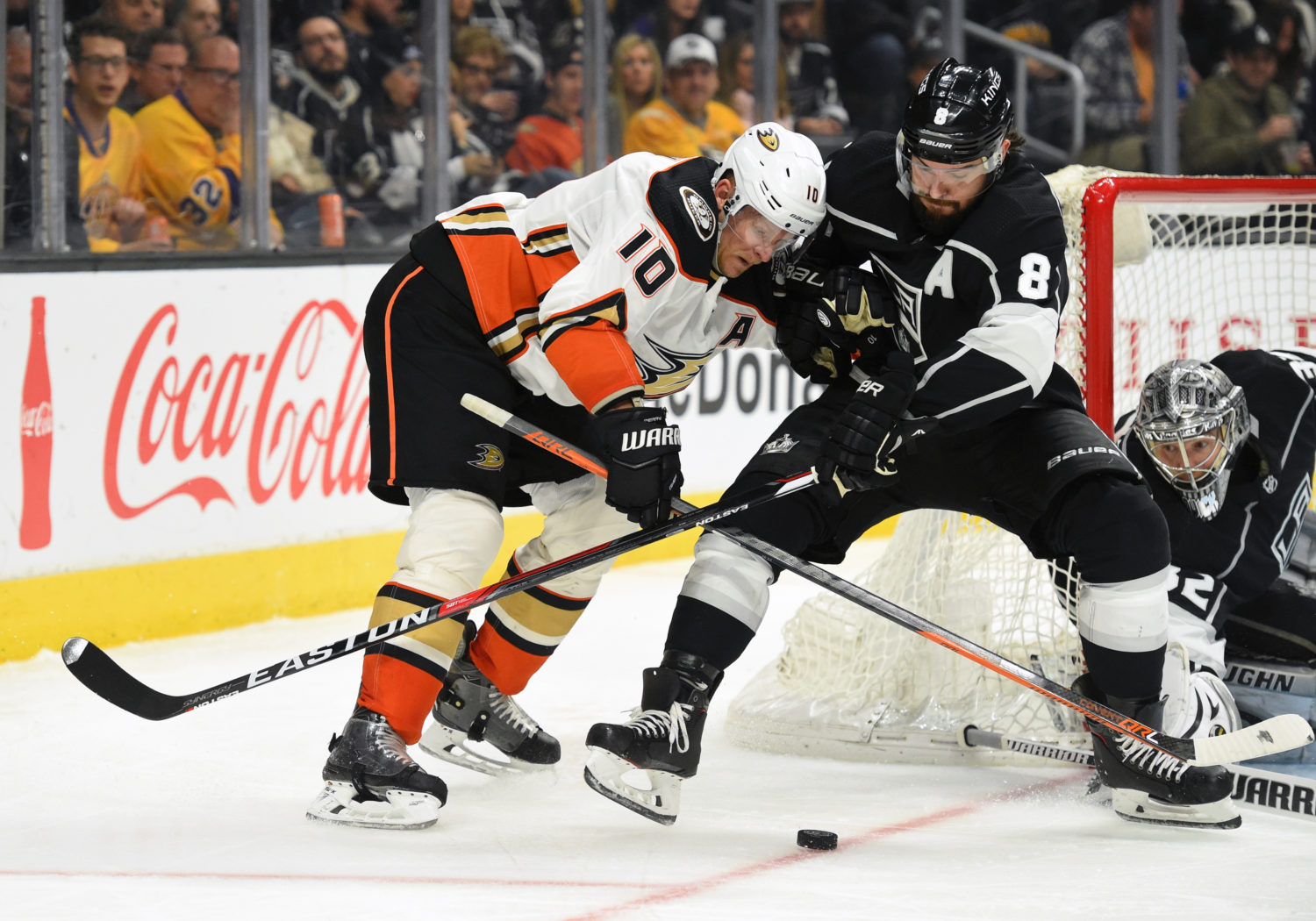 All but two of the dates had already been released by other Pacific Division teams, but you can now mark it down. It’s official:

VIVINT SMART HOME ARENA? | The home of the Utah Jazz, Salt Lake City’s Vivint Smart Home Arena (née Delta Center / EnergySolutions Arena) will play host to the Kings-Canucks game on Monday, September 24. It’s probably be a safe bet that Trevor Lewis and Daniel Brickley will be ticketed for this game. Speaking of tickets, have at ‘er. Related: Why do I continue to subject myself to such pain?

THE ACTUAL SCHEDULE | The 2018-19 regular season schedule will be released by the Kings at 2:30 p.m. PT Thursday, shortly after the 2:00 p.m. reveal of key schedule dates on the NHL Network. The Kings’ 2018-19 home opener is Friday, October 5 versus San Jose. Story to come.

SPLIT SQUADS, AHOY! | After a one-year hiatus because of the NHL China Games, the Arizona split-squad games return. You may sleep soundly now. Los Angeles split squads will also travel to Vancouver and play host to Vegas on September 20.

NO-LORADO | We had a good run for a decade and a half, but for the second straight year, there will be no Kings-Avs preseason games. I trust you’ll handle this with grace and aplomb.

WHY THE SARCASM? | Trying to fill space and lighten up a preseason release. Also, my words are all I have. Strong men also cry.