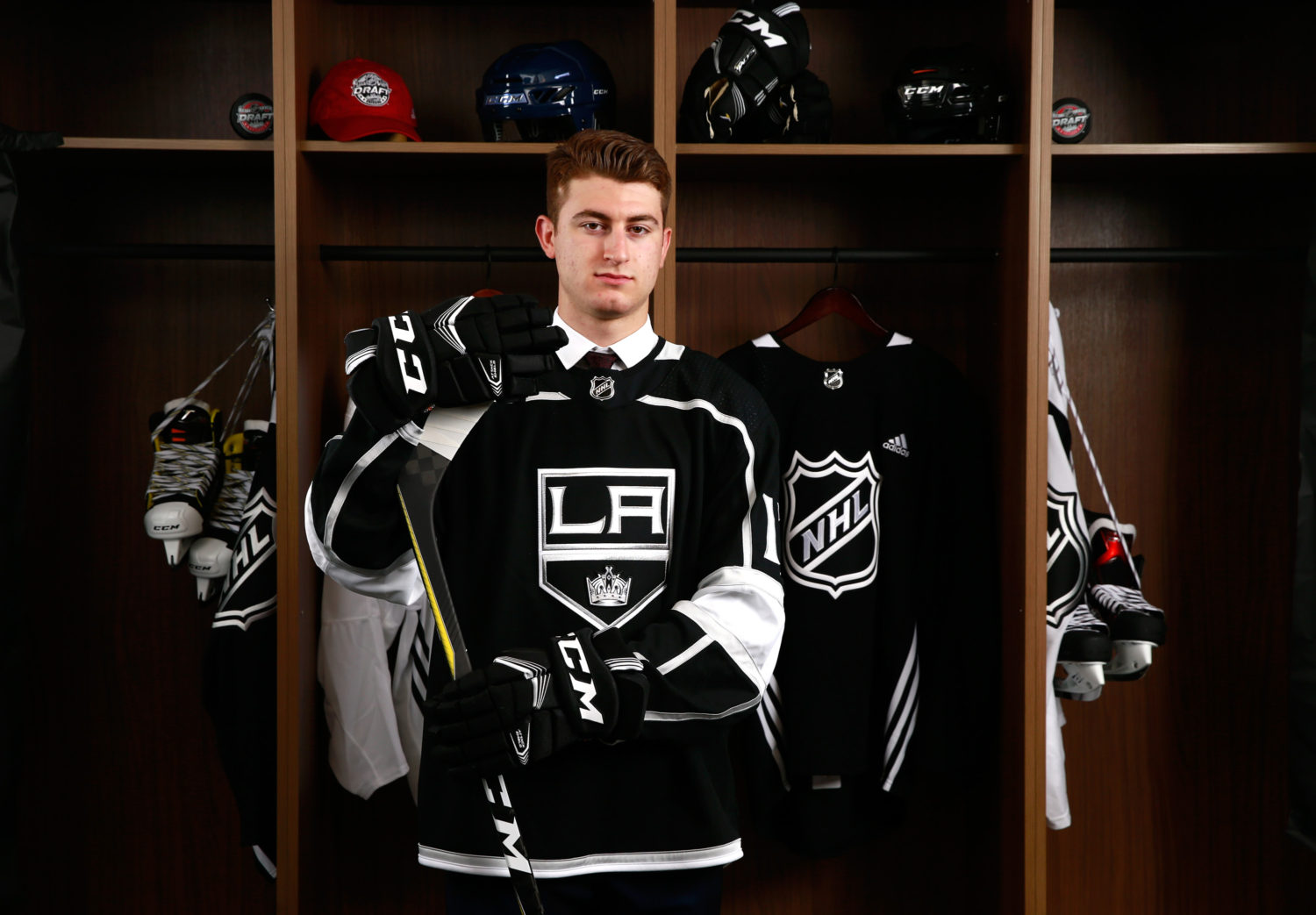 Independent of the upcoming roster moves and personnel decisions, the Kings have a very interesting prospect who will be given every opportunity to make the team this fall. You may have heard a thing or two about Gabriel Vilardi, who fell to the team at 11th overall at last year’s draft but had to rehab a significant back injury before he was even able to be returned to the Ontario Hockey League. Once he regained his health (and subsequently traded from Windsor to Kingston), he was the best player in the entire CHL upon his return.

Barring anything unexpected, it wouldn’t be a surprise to see him up with the team at the start of the season and given a nine-game trial period before the team decides whether to keep him up (and burn a year off his entry-level contract once he plays his 10th game) or return him to OHL-Kingston. (That synopsis is based more on general thinking, and not on any sort of internal discussion I’ve had with hockey ops. It will be a topic of discussion once we get to training camp.)

Blake also confirmed that Vilardi, who will be spending ample time in El Segundo this summer, will be present at development camp, which will take place at Toyota Sports Center next week. This will mark the first time he’ll skate in an official team practice or camp with other participants since he was drafted last year.

Rob Blake, on the important summer ahead for Gabriel Vilardi, and how the team will look to continue to get him acclimated over the summer through its strength program, systematic understanding and more:
Obviously we were fortunate to get Gabe where we did last year, and he suffered a back injury, which kept him out of hockey until Christmastime. One of the advantages was we kept him around here doing rehab, so he got to sit and watch the Carters, the Kopitars, Doughtys, Quicks, Browns on a daily basis and everything involved. He went back to junior after Christmas and was traded and had a tremendous finish to the season. But I think last year, a lot of it was just rehab in the summer. It wasn’t strength training, and now he comes in clean, so now it’s time to build onto his body. He’s a year older in that. But I think the biggest difference is this summer’s a summer to train, not rehab, and you’ll see him take good steps forward. We’re looking for an exciting camp for him and seeing what he can do for our team. [Reporter: When you get to September and in camp, is there one thing in particular that you want to see from him as he tries to go out and make this team this year, if that’s fair to say?] No, I don’t know if there’s anything specific. I think what we saw out of him in junior, and the numbers that he put up in junior, we look for him to battle for a spot on the team. I understand [he’s a] 19-year-old and the amount of games he can play and all that, but I think for him, his mindset is coming in to make the team.

While there were no questions asked about Jaret Anderson-Dolan this morning, I’ve heard some terrific things both inside and outside of the organization on the direction of his development. Vilardi, obviously, is the standout of what could shape up to be an impressive 2018 draft haul, but what I’ve been hearing about JAD should also keep Kings fans’ ears perked with rapt attention.

Anderson-Dolan is so young – he hit the draft cutoff with three days to spare and doesn’t turn 19 until September 12 – but appeared in a preseason game with Los Angeles and joined AHL-Ontario upon the conclusion of his 70-game, 40-goal, 91-point season with WHL-Spokane. He totaled two assists in eight regular season and playoff games with the Reign, and though he did at times look the part of a teenager playing up a level, received an excellent frame of reference that should prepare him well for his upcoming 2018-19 season. He’s not expected to realistically compete for a spot on this year’s Kings team, but there’s still lots of optimism heading into his upcoming campaign.