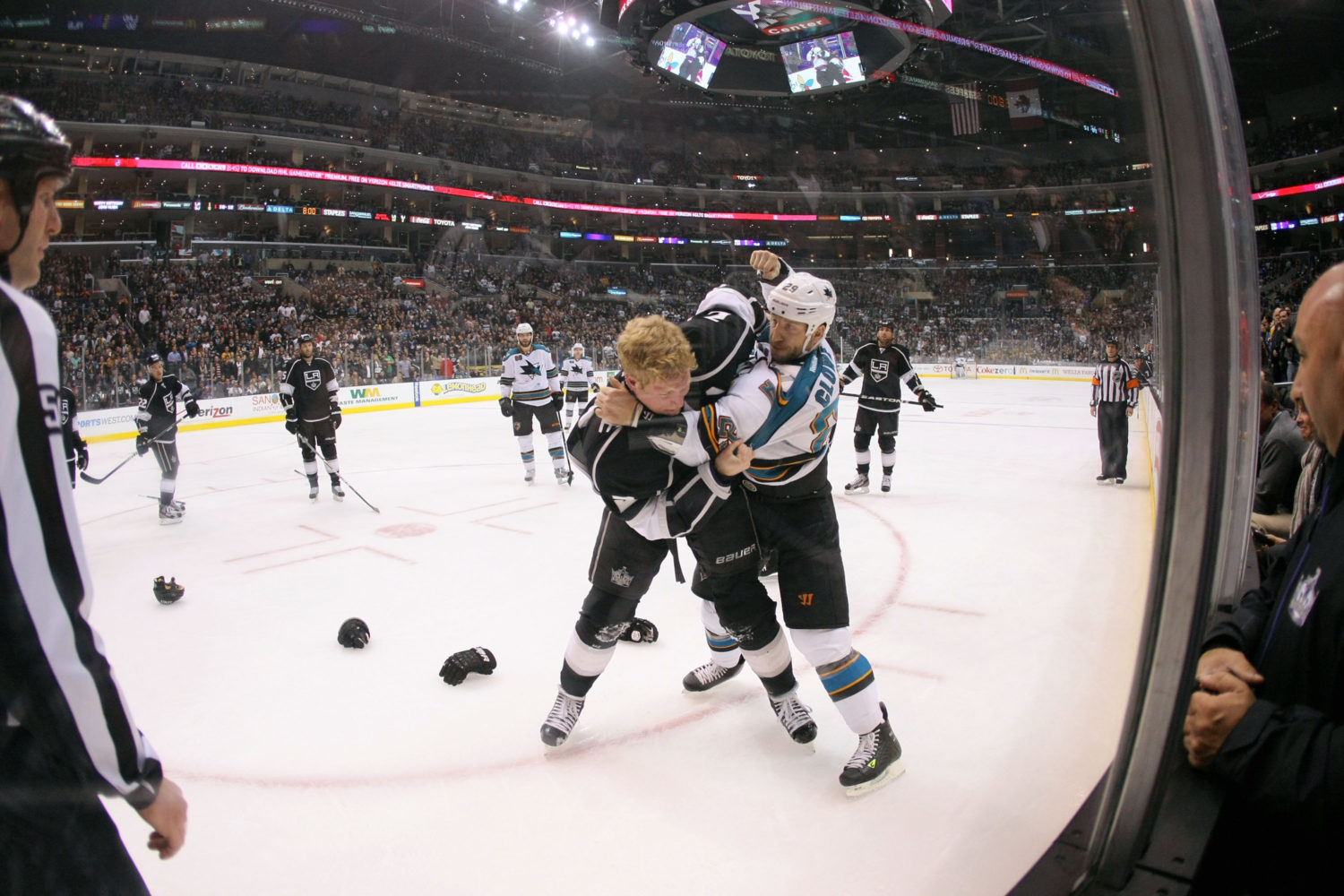 PRESEASON FIX | There’s no set date in which teams across the league release their preseason schedule. Instead, teams choose to release the schedule on their own and will often coordinate with other teams they’re playing in September on joint releases. That’s not necessarily the case this year, because three-quarters of the Kings’ schedule is now available, courtesy of other Pacific Division releases:

You should expect some Anaheim dates in there, as well. (The Ducks have not yet released their schedule.) Again, keep in mind that this remains unofficial until the Kings *officially* release their schedule. Until then, you’re on your own. Be safe.

On the subject of qualifying RFAs, the biggest question mark as it relates to the Kings is Toby Rieder. As of last month, the Kings were still going over their structural options as it related to the forward, who would have to be qualified for $2.45-million. That’s a touch high to be entirely palatable; I’m expecting Rieder’s situation to come into sharper focus this week. We’re also at the point where the upper and lower limits of the 2018-19 salary ceiling and floor may be announced at any time.

I’m not sure if the 25th is the first on-ice day of development camp, or whether it’s a “check-in” day, but expect development camp to be held over the final week of June. A release will come out announcing the schedule and development camp roster within 24 hours of Los Angeles completing its selections at the NHL Draft. LAKI and Kings Digital will be on hand in both Las Vegas and Dallas.

TROTZ MOVING ON | Via Elliotte Friedman (and confirmed by the Capitals), Barry Trotz is stepping down as Washington’s coach.

But they could not come to terms. Trotz is now a free agent, as WASH will grant permission to other teams who want to talk to him. 3/3

CLOWE, REALLY? | Some news on a player who has previously made an impact from the bench:

I’m sure Kings fans will treat this without sarcasm or derision. The expansion Growlers, who begin play in St. John’s this fall, are the Maple Leafs’ ECHL affiliate. While still earning money from the five-year contract he signed in 2013, Clowe had spent the last two seasons serving as an assistant under John Hynes with New Jersey.

I know simply bringing up the name Ryane Clowe elicits passionate and immediate reactions from the Kings fanbase, but keep in mind that hockey is a game, and Clowe, though he was well compensated, dealt with some pretty heavy stuff late in his career. One “unofficial count” pegged Clowe with four separate head injuries over a 19-month span at the end of his playing career, as noted in an article written by Kevin Kurz of The Athletic ($). This isn’t a call to lock arms and support a player who wedged himself into an infamous moment in Kings lore, but rather to keep in mind the challenges that players and rivals face and to provide some context into one particular player’s career evolution.

LANDON DONOVAN | Independent of his support of El Tri and his ill-advised response to Carlos Bocanegra’s rebuttal, Landon Donovan remains the greatest U.S. soccer player of all time, and in the two times I’ve spoken with him, found him to be a fascinating and engaging interview. It’s not really apropos of anything beyond the World Cup and the news surrounding his recent comments, but I spoke with him on the South Lawn of the White House in 2013 while the Kings and Galaxy were officially recognized for their 2012 championships. Similar to the fascinating oral history of the 2002 Lakers-Kings series, in which a Grantland editor (or writer Jonathan Abrams) noted that Robert Horry “literally has too many championships to differentiate them all,” Donovan couldn’t recall whether that particular visit with a sitting president was the sixth or seventh time he had visited the White House. He also described himself as a “lifelong Kings fan.” From the archives: