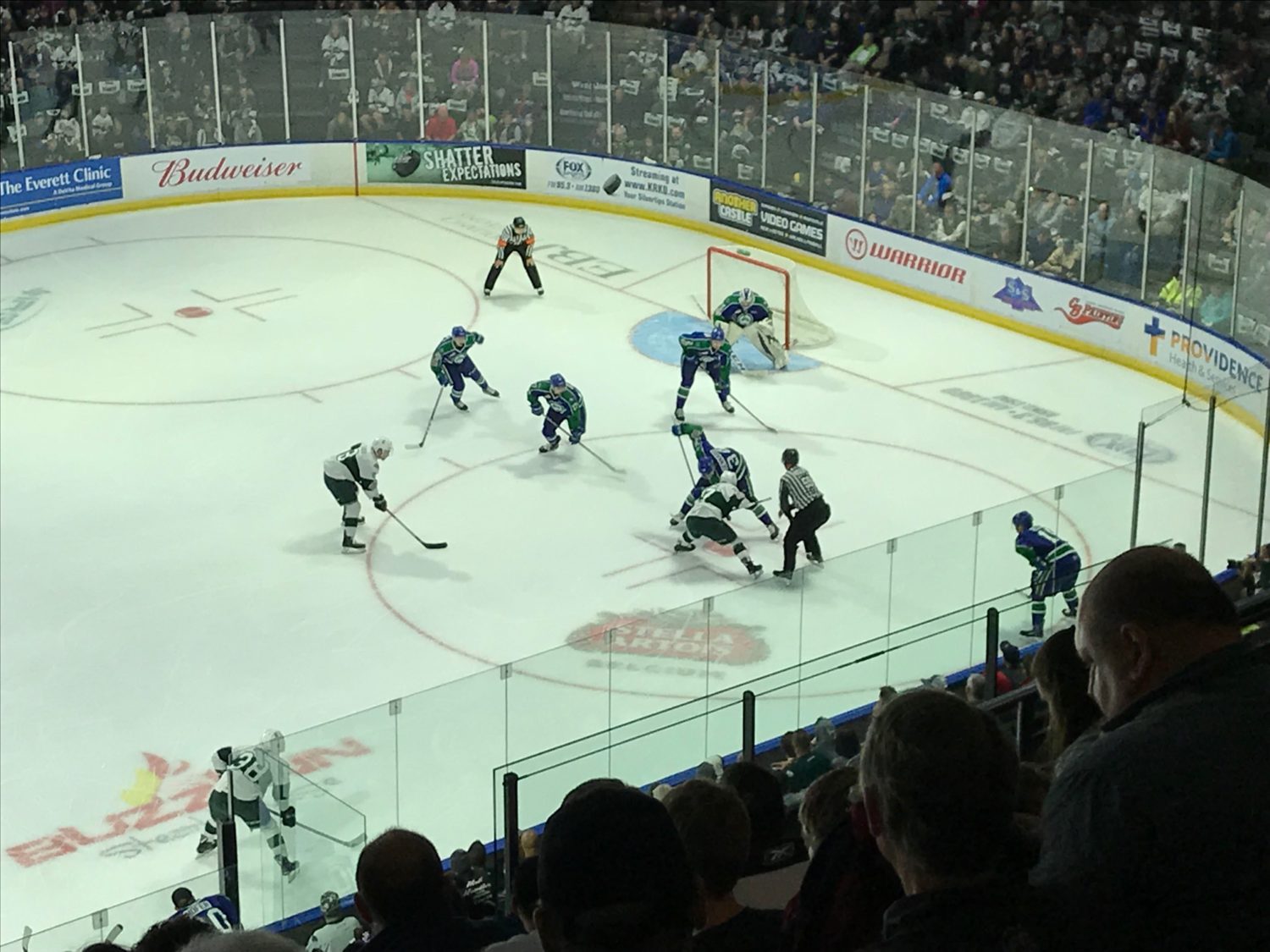 SEE YOU IN DALLAS | With Winnipeg advancing in last night’s Game 7, the first round of the NHL Draft has more clearly come into focus:

Spots 28 and 29 will be allotted to the teams that lose in the conference finals – the team with fewer regular season points, followed by the team with more points – and spots 30 and 31 will respectively be filled by the loser and the winner of the Stanley Cup. Of the transferred picks, the New York Islanders’ is from the Travis Hamonic trade, Philadelphia’s is from the Brayden Schenn trade, Ottawa’s is from the the Derick Brassard trade, the New York Rangers’ is from the Rick Nash trade, and Chicago’s is from the Ryan Hartman trade. Of the remaining spots, keep in mind Vegas’ will go to Detroit as the result of the Tomas Tatar trade, Tampa Bay’s will go to the New York Rangers as the result of the Ryan McDonagh trade, and Winnipeg’s will go to St. Louis as a condition of the Paul Stastny trade. Ottawa could have relinquished its #4 pick to Colorado per the terms of the Matt Duchene trade, but will instead send their 2019 first round pick to the Avalanche, as reported by Bruce Garrioch of the Ottawa Sun.

In addition to picking 20th overall, Los Angeles also currently owns the 51st, 82nd, 113th, 144th, 165th and 175th picks of the draft. The 165th pick previously belonged to the New York Islanders but was exchanged at last year’s draft when the Kings swapped a 2017 sixth round pick for a 2018 sixth round pick. Los Angeles previously owned the 97th overall pick – originally Montreal’s fourth rounder, per the Dwight King trade – but returned it to the Habs in exchange for Torrey Mitchell in November. LA Kings Insider will be on hand providing NHL Draft coverage from Dallas’ American Airlines Center June 22-23.

TOO MANY BIRDS | The Colorado Eagles flock to the American Hockey League next season and will nest comfortably in the Pacific Division. That, uh, provides four Avian-inspired nicknames within the division in the Eagles, the Bakersfield Condors, the Tucson Roadrunners and the San Diego Gulls. On top of that, the Reign will also play Grand Rapids next season, and griffins have the head, talons and wings of an eagle. In addition to Grand Rapids, Texas, San Antonio, Iowa and Milwaukee will provide the cross-over Central Division match-ups:

Opponents are set! One step closer to next season!! With the Pacific Division realigned, the @ColoradoEagles will be joining us! Also, we have a new matchup with @griffinshockey in the 18-19 season! pic.twitter.com/luJ2Zi5Wzl

PHOTO GALLERY | I traveled up to Everett, Washington this week to see old friends and to take in the WHL Championship. Sadly, I left without a win after watching the Swift Current Broncos take a 3-1 series lead by defeating the Silvertips 3-2 in overtime in Game 3, and 1-0 in Game 4. The 1-0 game very much had a Kings-Sharks feel with both teams playing hard, lock-down hockey that didn’t afford much opportunity down the middle of the ice. Also, after covering four Kings losses, two Reign losses, and now having taken in two Silvertips losses, my own personal 2018 postseason record is 0-8. Good news! Bringing my streak to the Dodger game tonight. 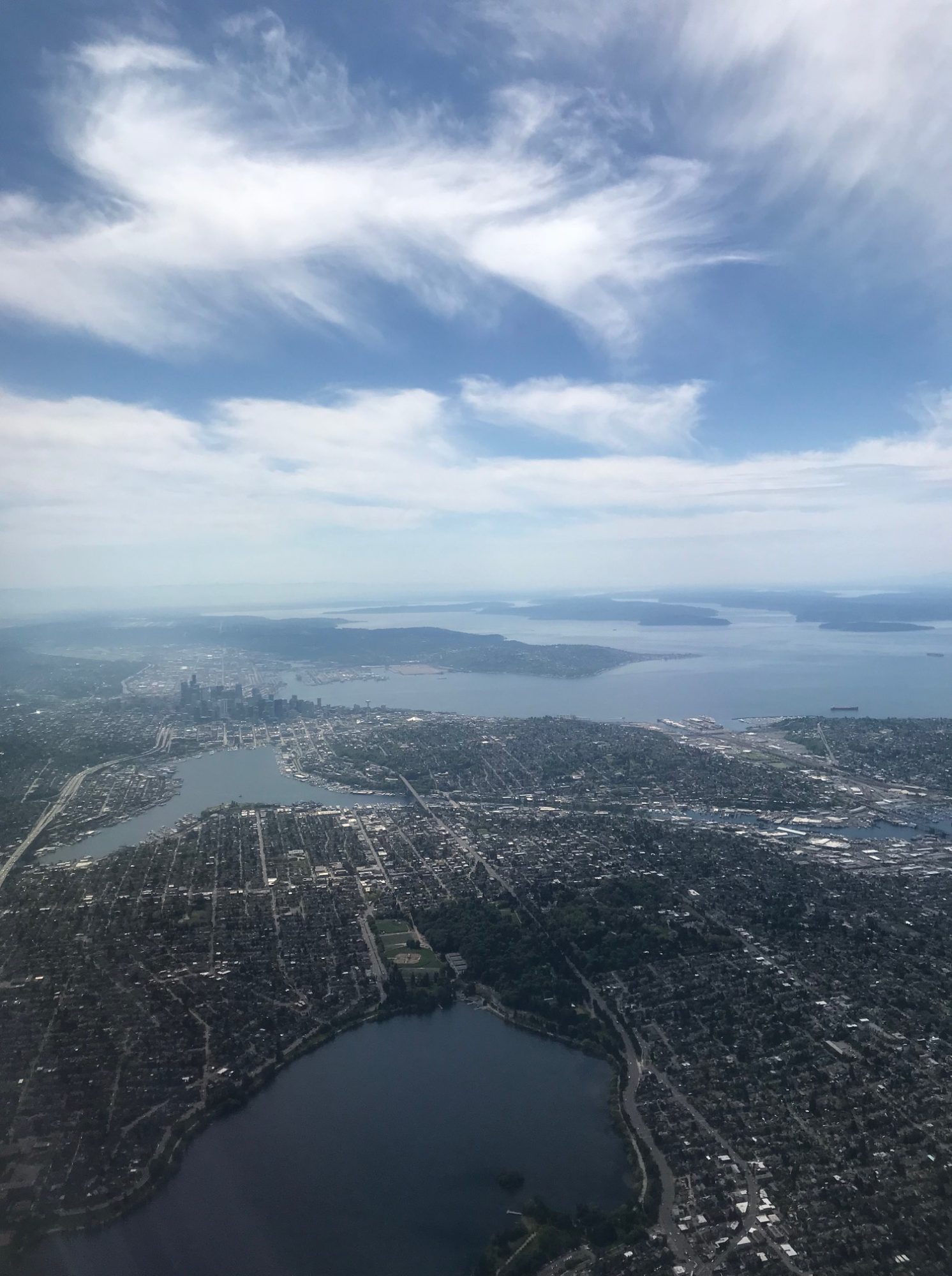 I didn’t spend any time in Seattle on this trip but still got a perfect view of the city upon approach into SEA on Tuesday. My old neighborhood, Wallingford, is at center-left. 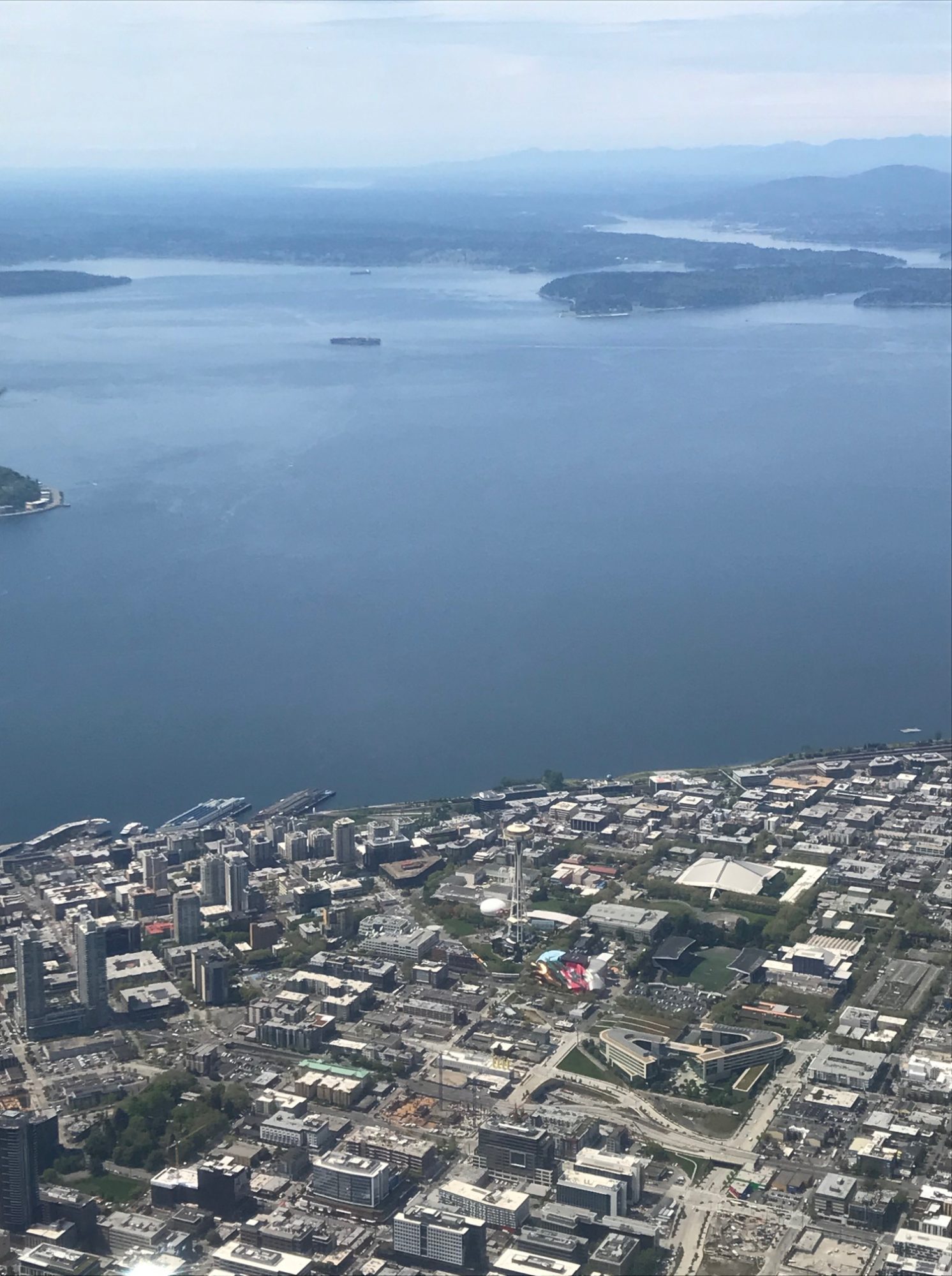 At bottom-right is the Seattle Center, and Key Arena, future home of the NHL’s Seattle… (Kraken? Totems? Please make it Totems.) 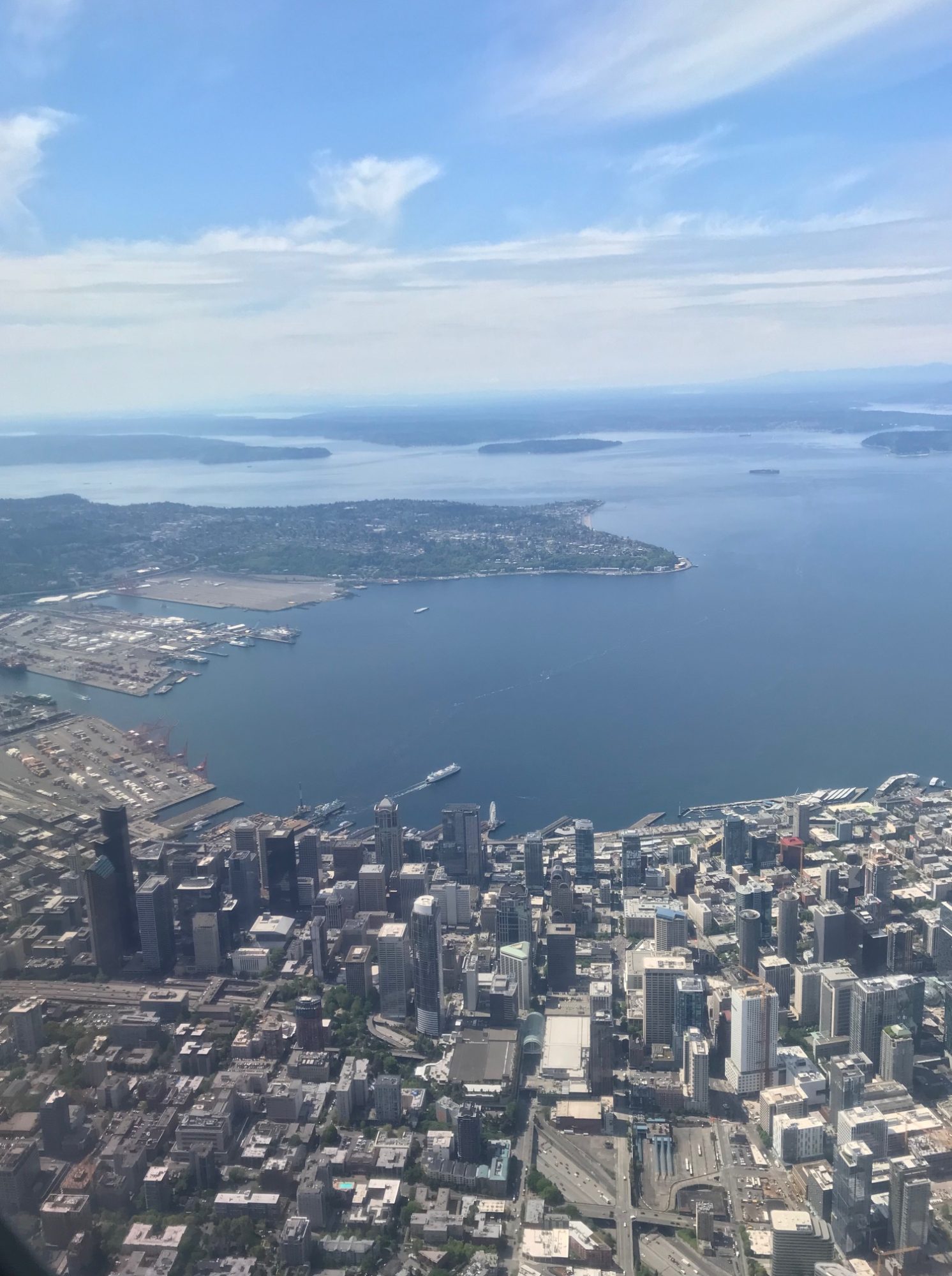 More of Seattle, one of the most beautiful cities in North America, and home of LAKI from 2007-11. 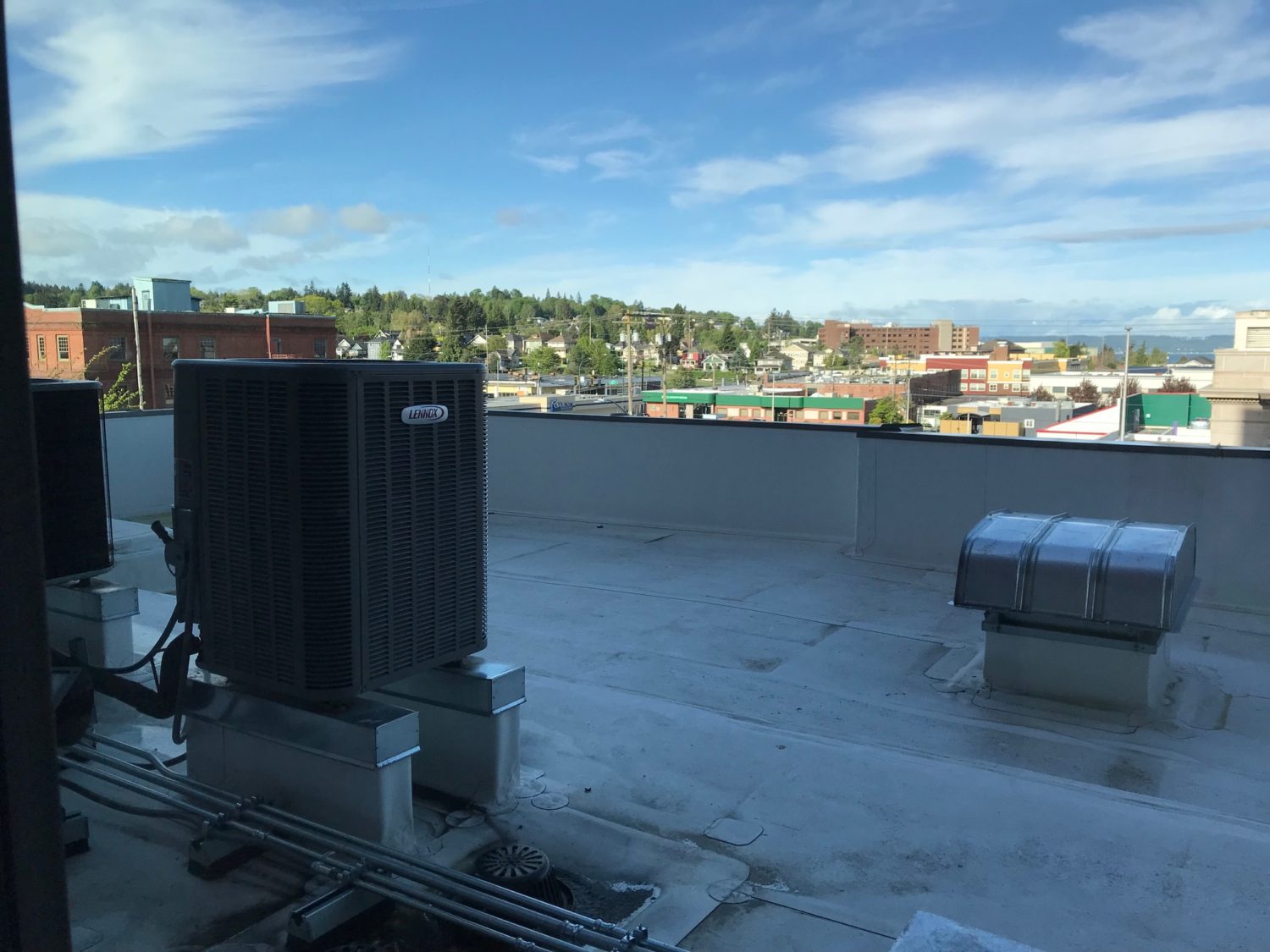 From an elevator lobby in Everett. This is a Lennox air conditioning unit. Pay it no mind. 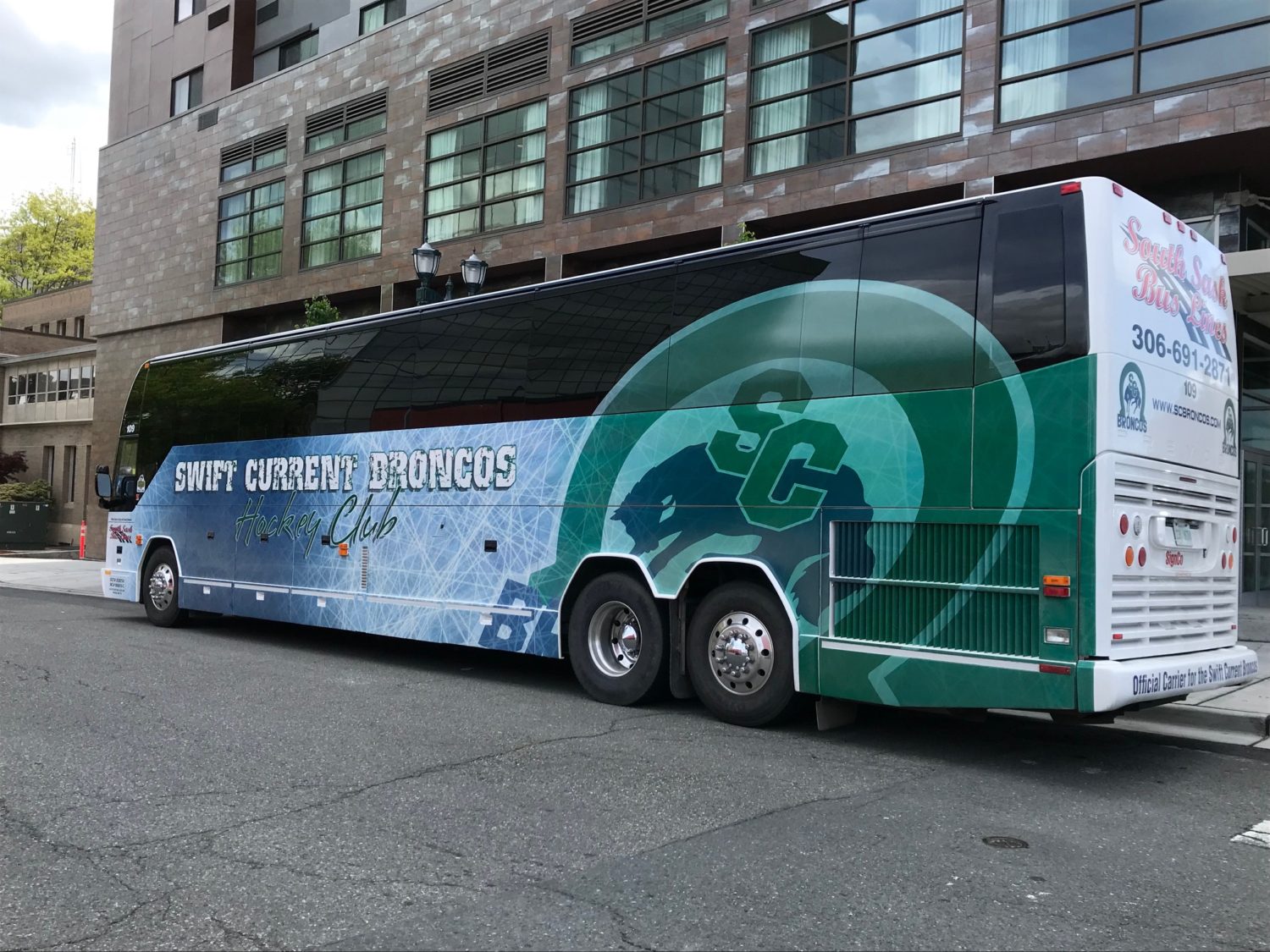 Swift Current’s bus was stationed outside the hotel. Both teams fly on jointly chartered aircraft during the championship series, but the Broncos still sent their bus down for local trips between the hotel, arena and airport. 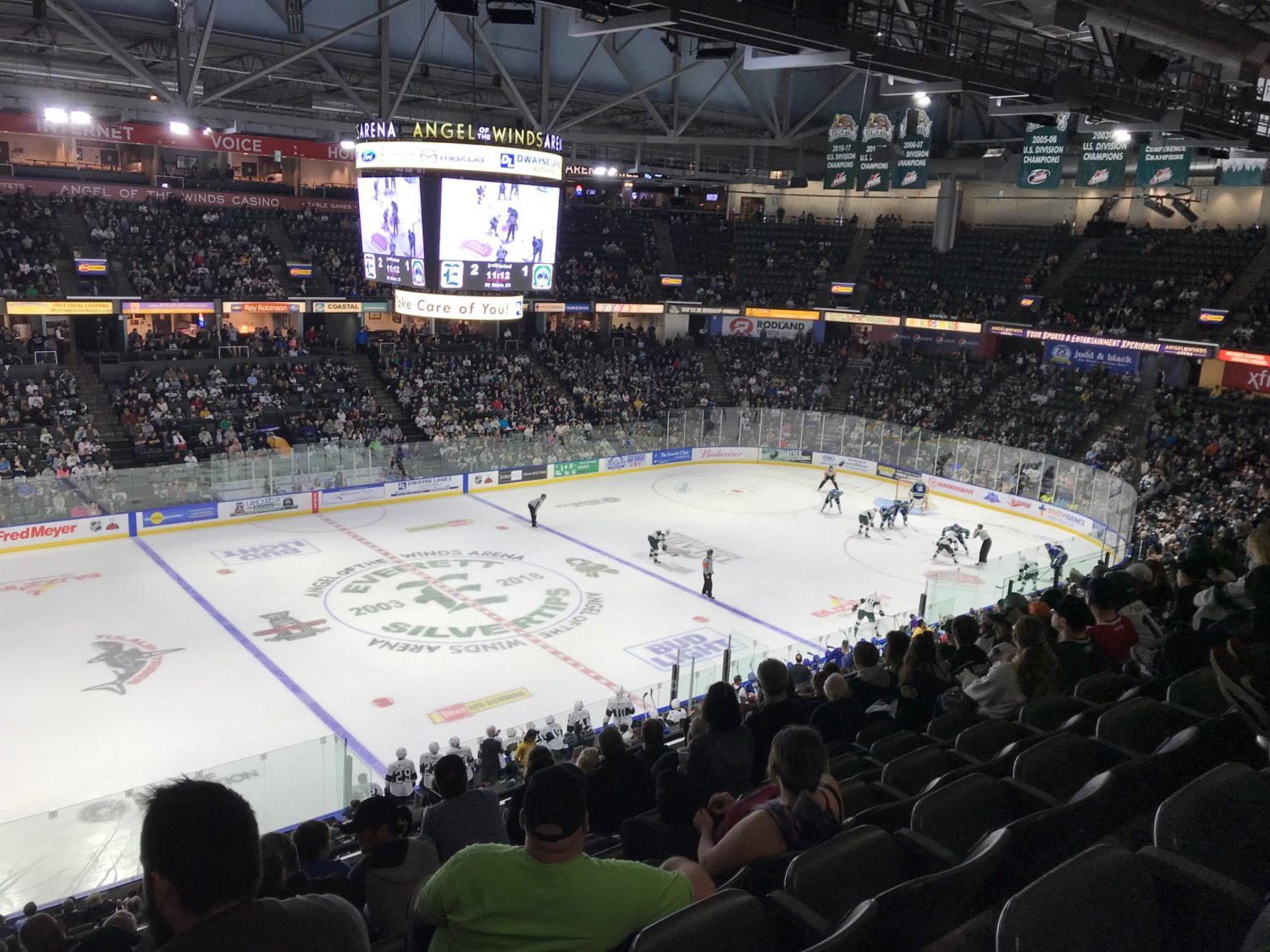 Interior, Angel of the Winds Arena, formerly Xfinity Arena, Comcast Arena, and Everett Events Center. A great, great hockey building and among the loudest across the CHL. 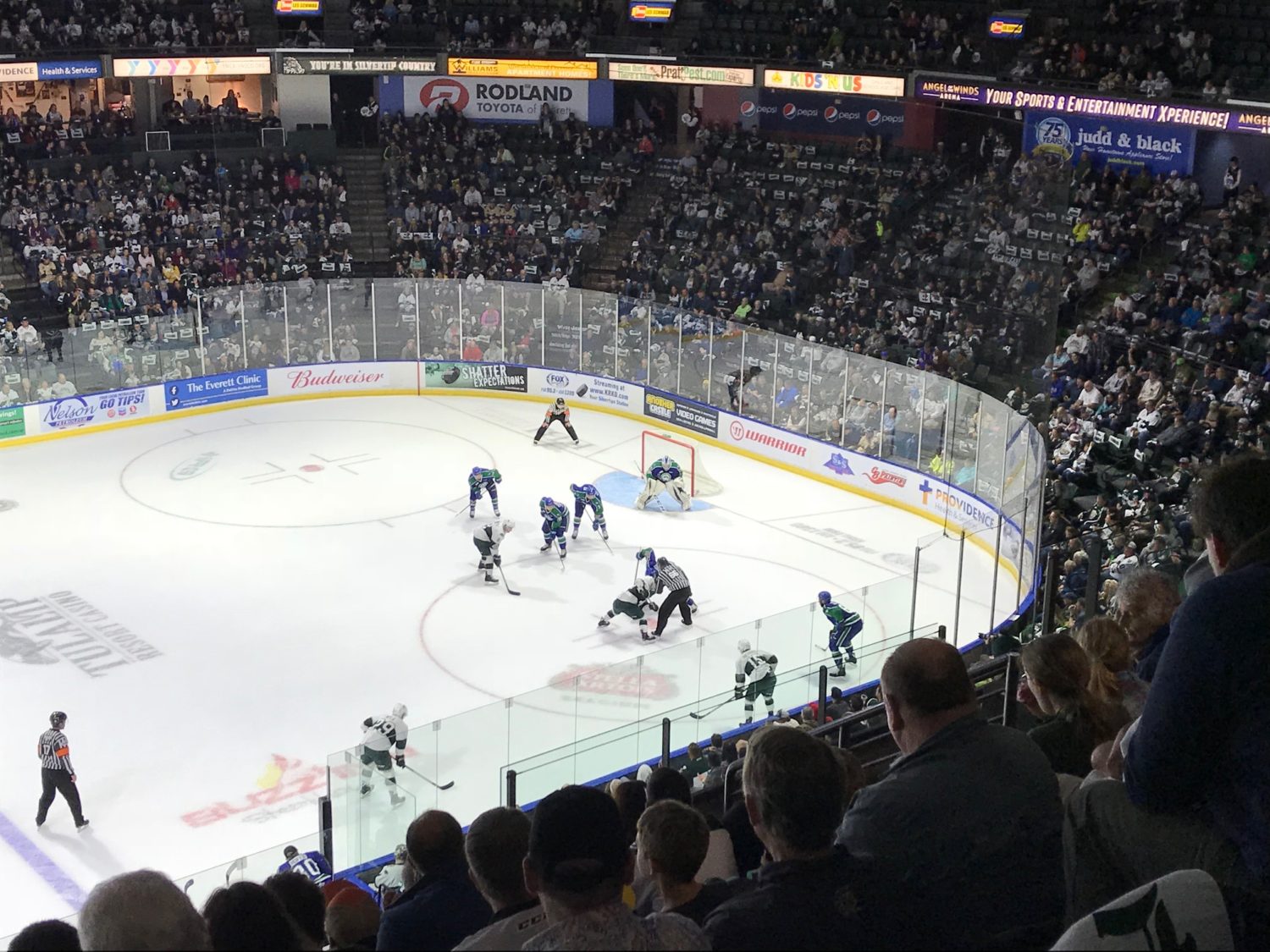 Attendance straddled the 5,000 barrier over the two games I saw. Game 5 will near a sellout in the 8,000-plus seat arena. It’s not easy to sell tickets for back-to-back mid-week games with less than a week’s notice, even for the championship. The Tips consistently rank among the best drawing teams in all of junior hockey and averaged over 5,100 fans per game in 2017-18. 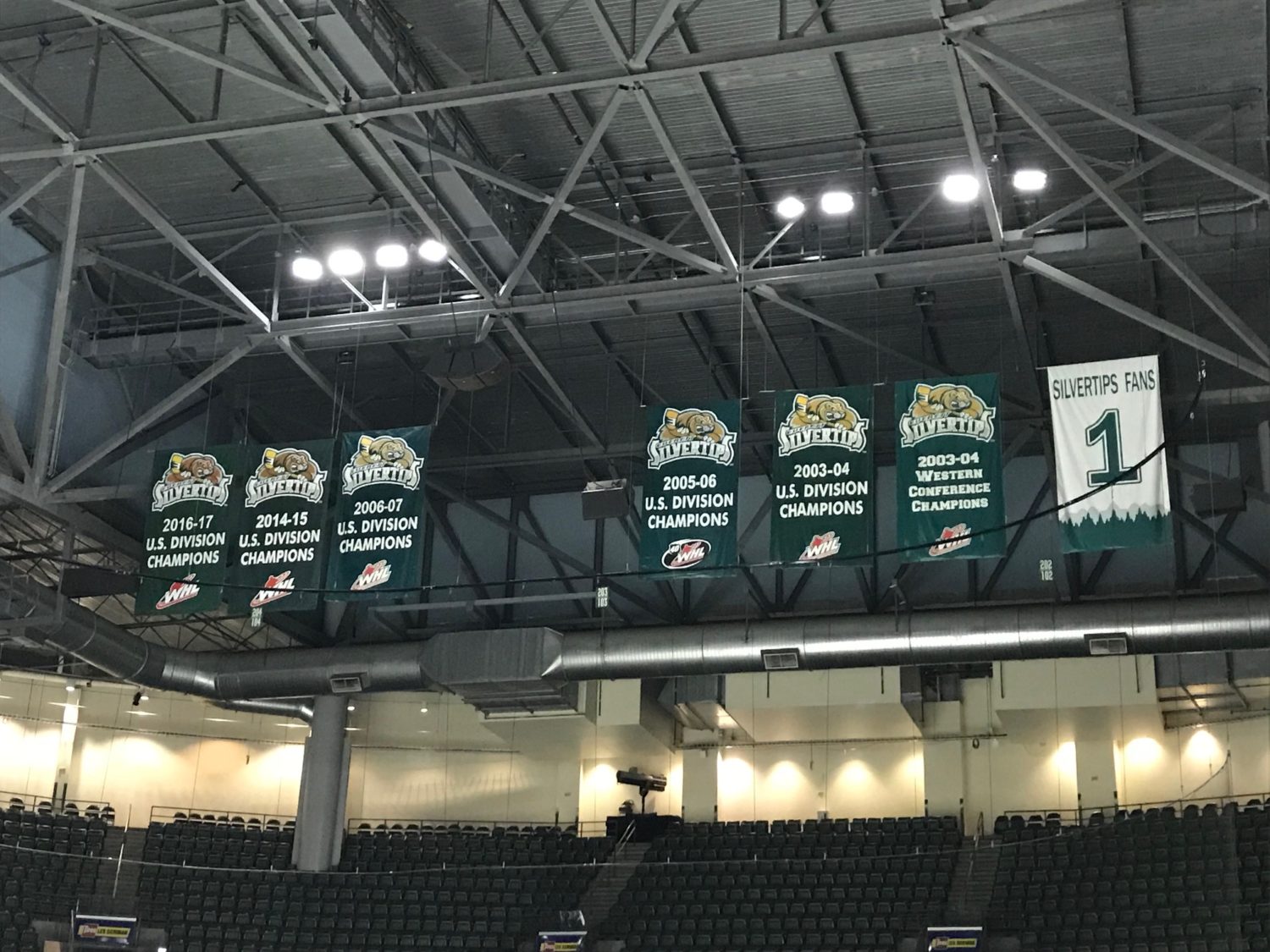 The Tips, who entered the WHL in 2003-04, will add at least two banners to this haul as divisional and conference champs. 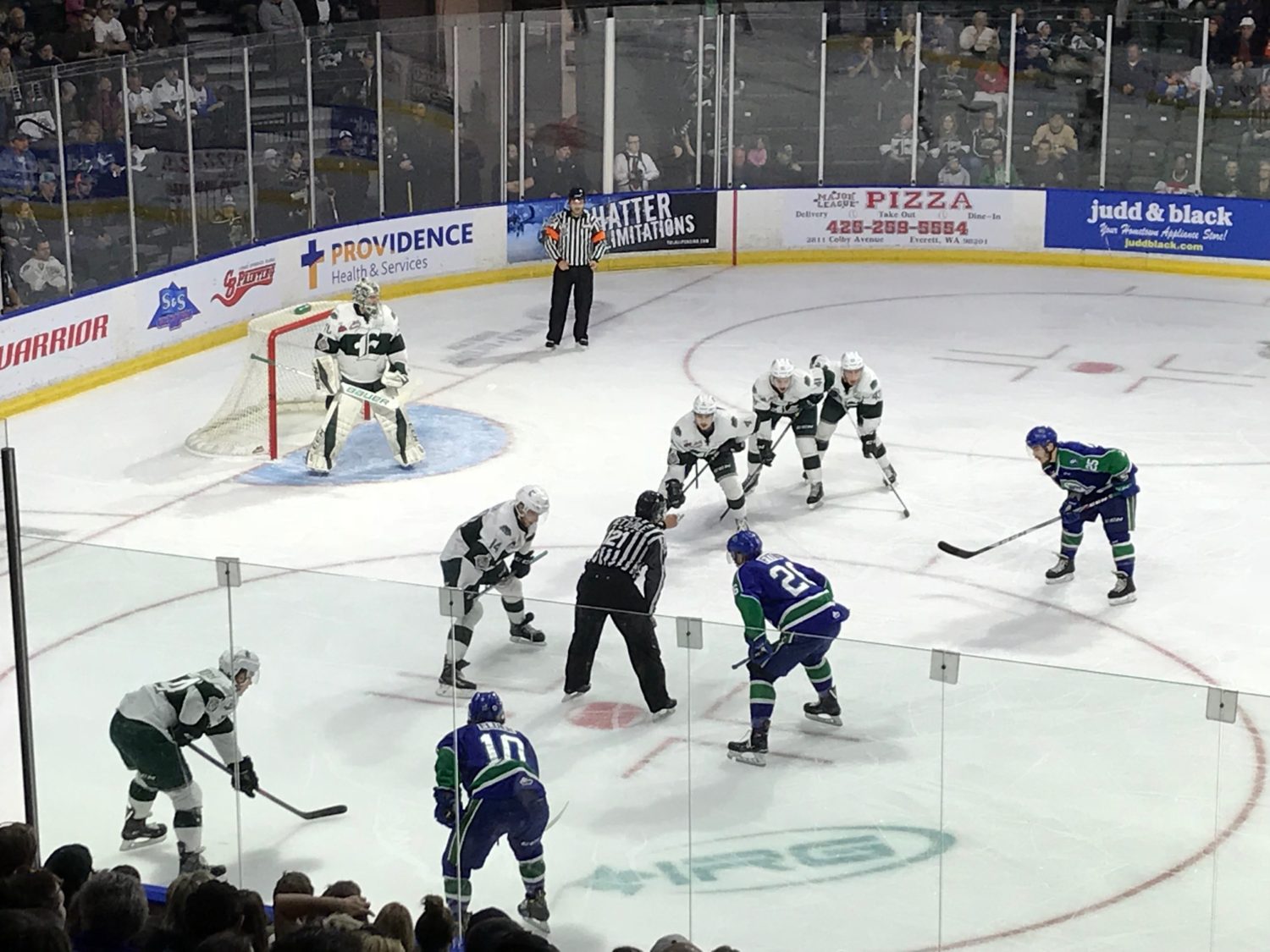 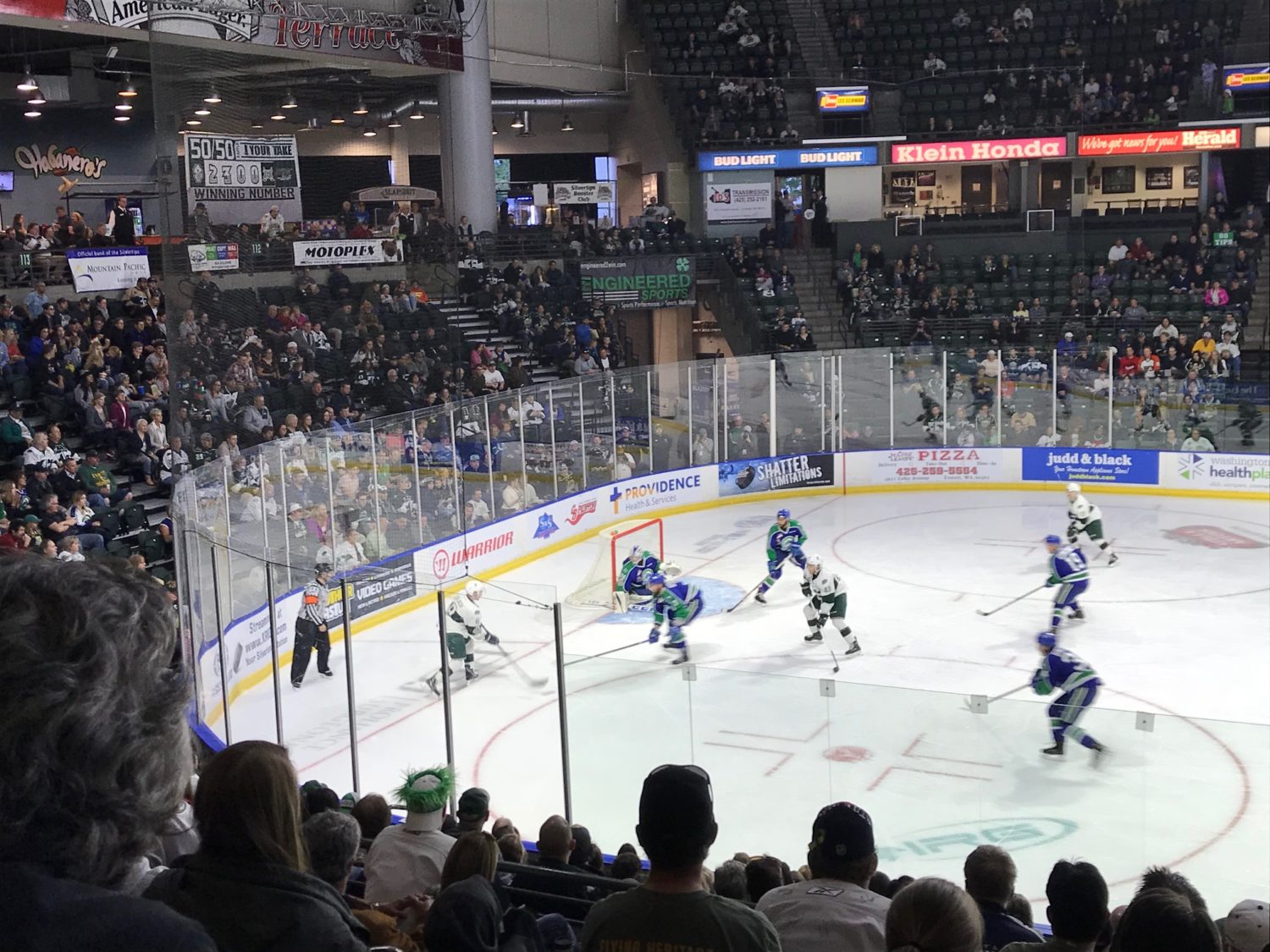 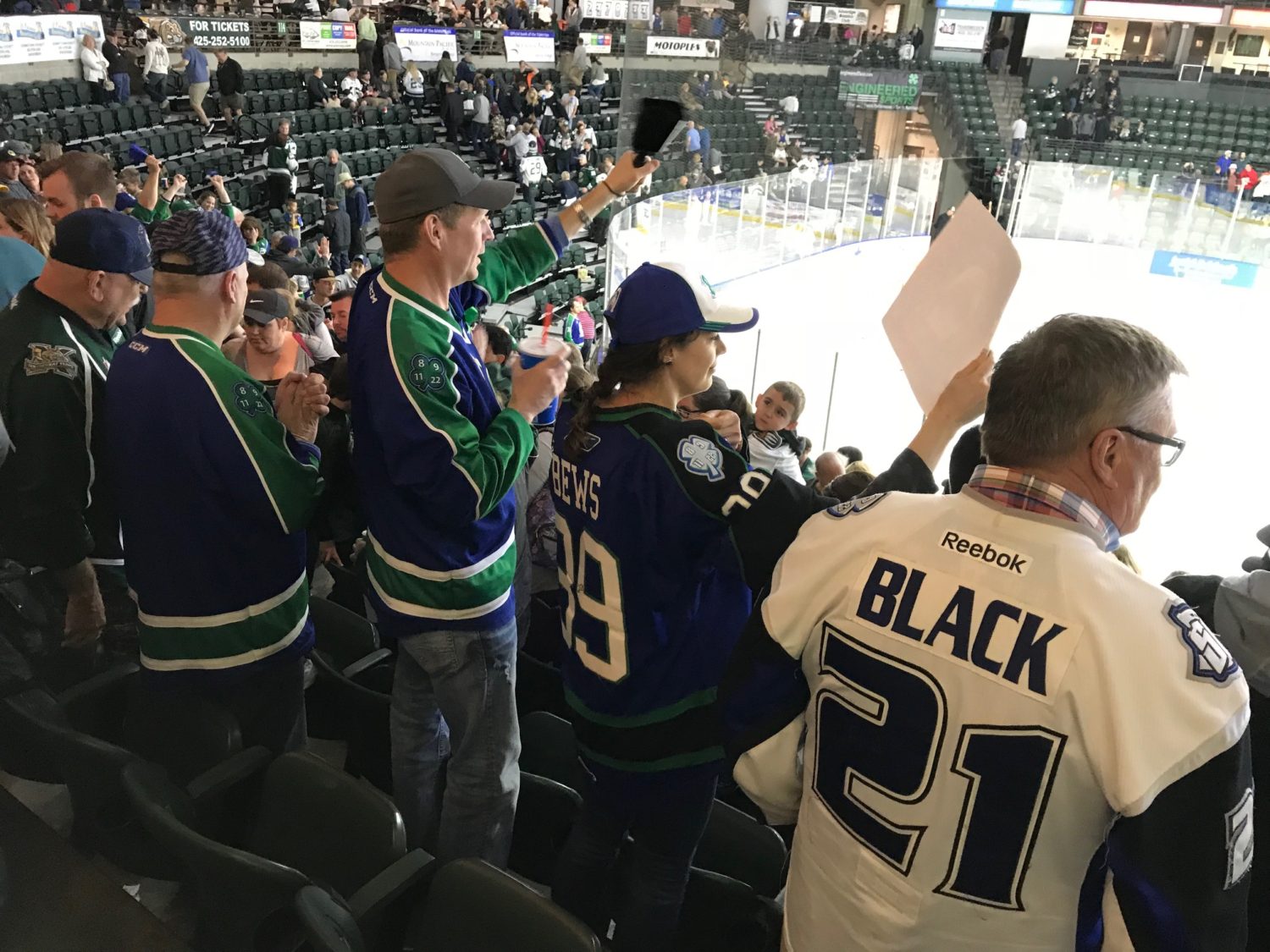 Swifty fans celebrating a Game 4 win to go up 3-1 in the series. Great to see so many Broncos fans come down for Games 3, 4 and 5. 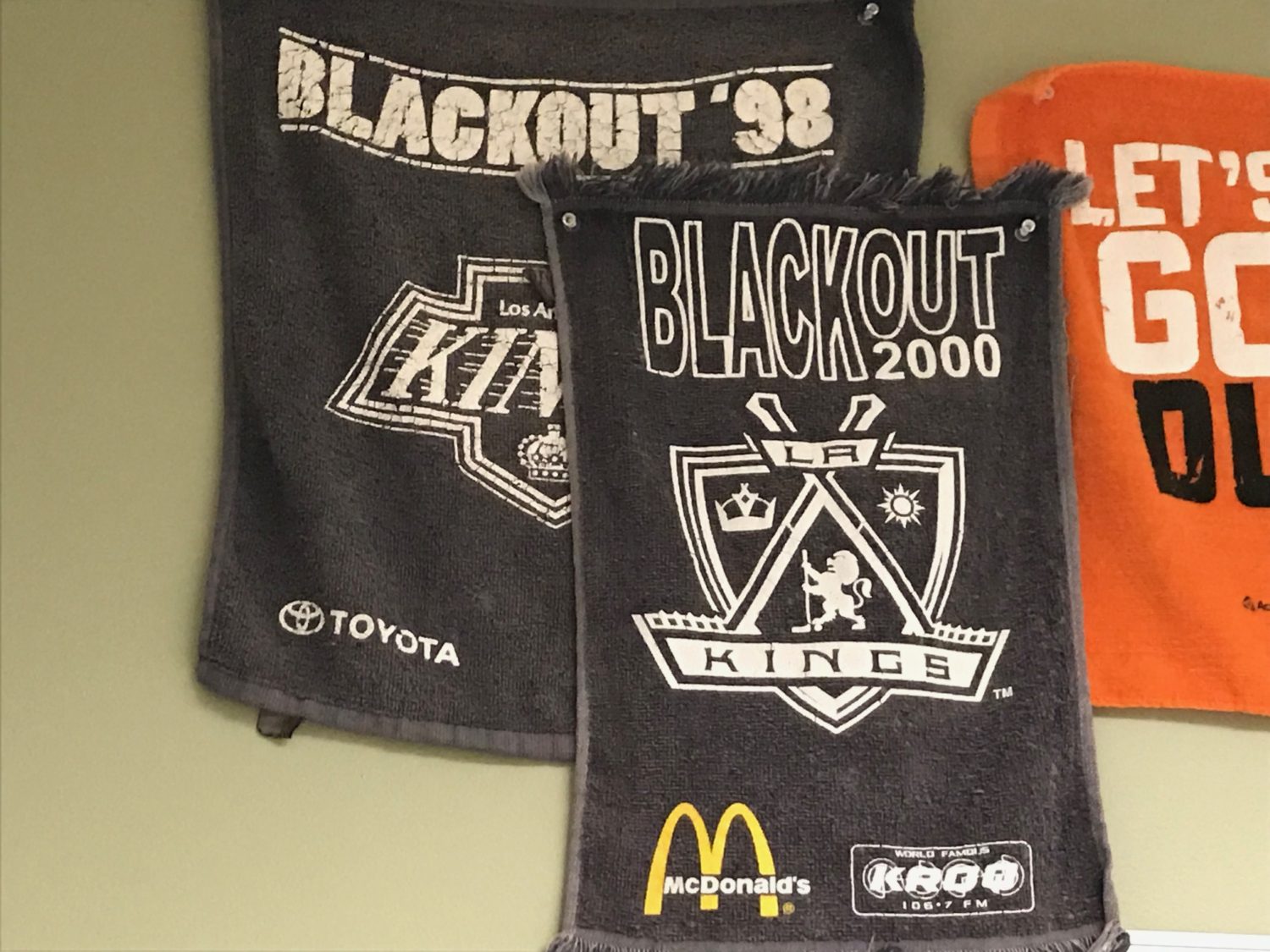 Hanging on the wall of Everett broadcaster Mike Benton’s office are a pair of blackout towels from 1998 and 2000. The 1998 towel came from the infamous Game 3. 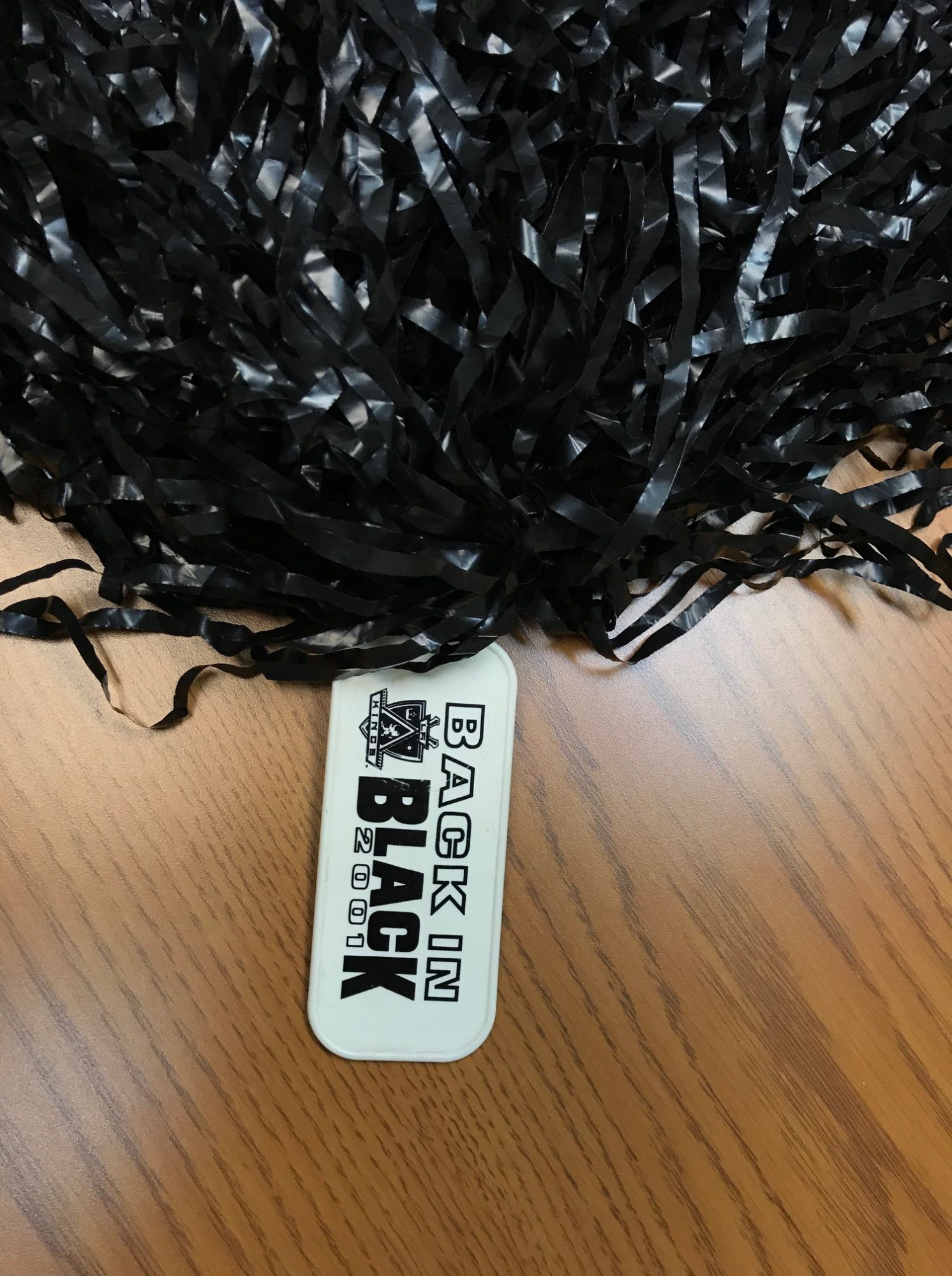 Benton, an Azusa Pacific grad, was an intern with the Kings during the 2000-01 season. Anyone still have these pom poms? 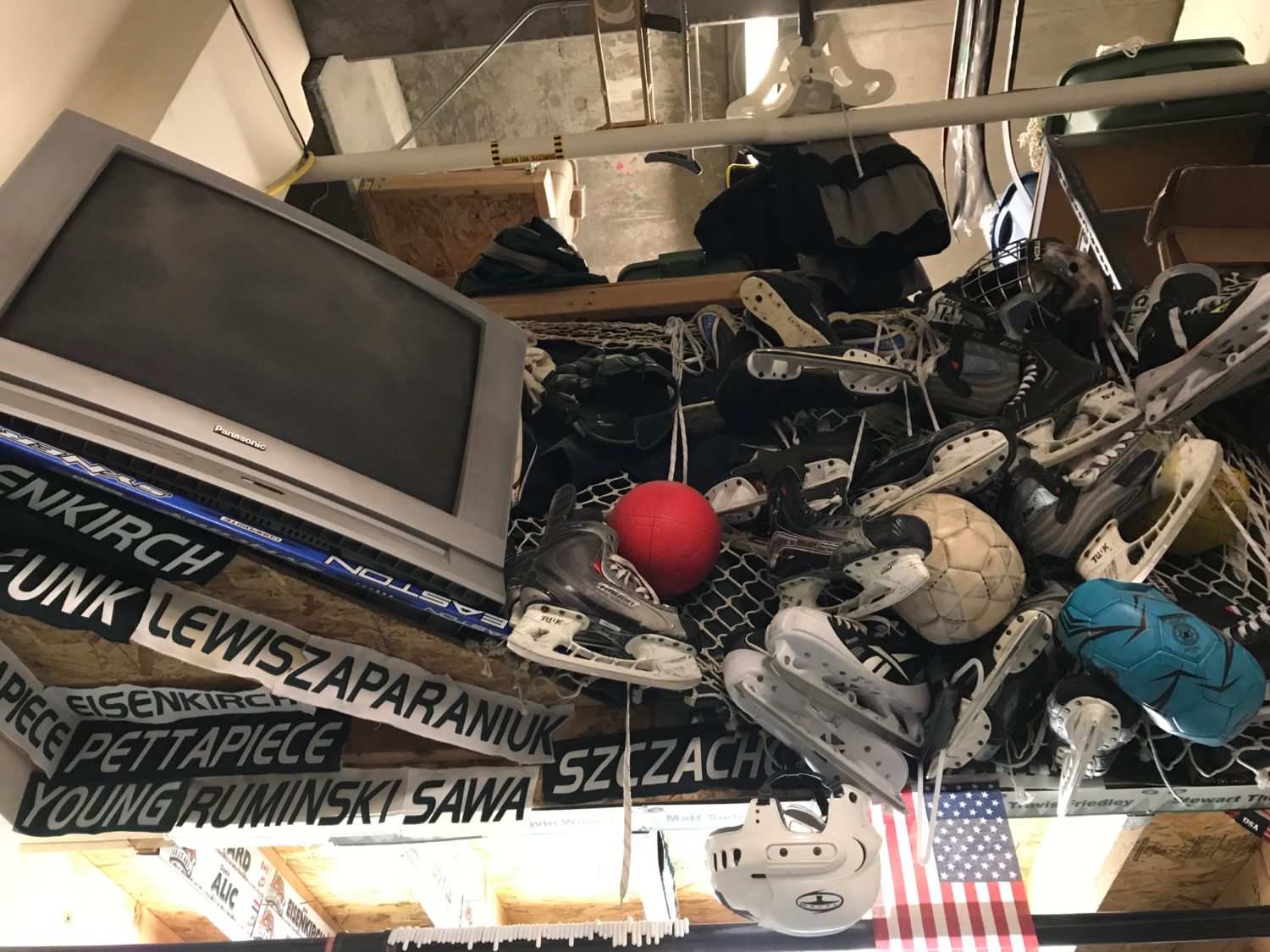 Inside James Stucky’s equipment office. Some good reminiscing and stories told after the two games. More to come next week on Silvertips goalie and former LA Junior King Dustin Wolf.