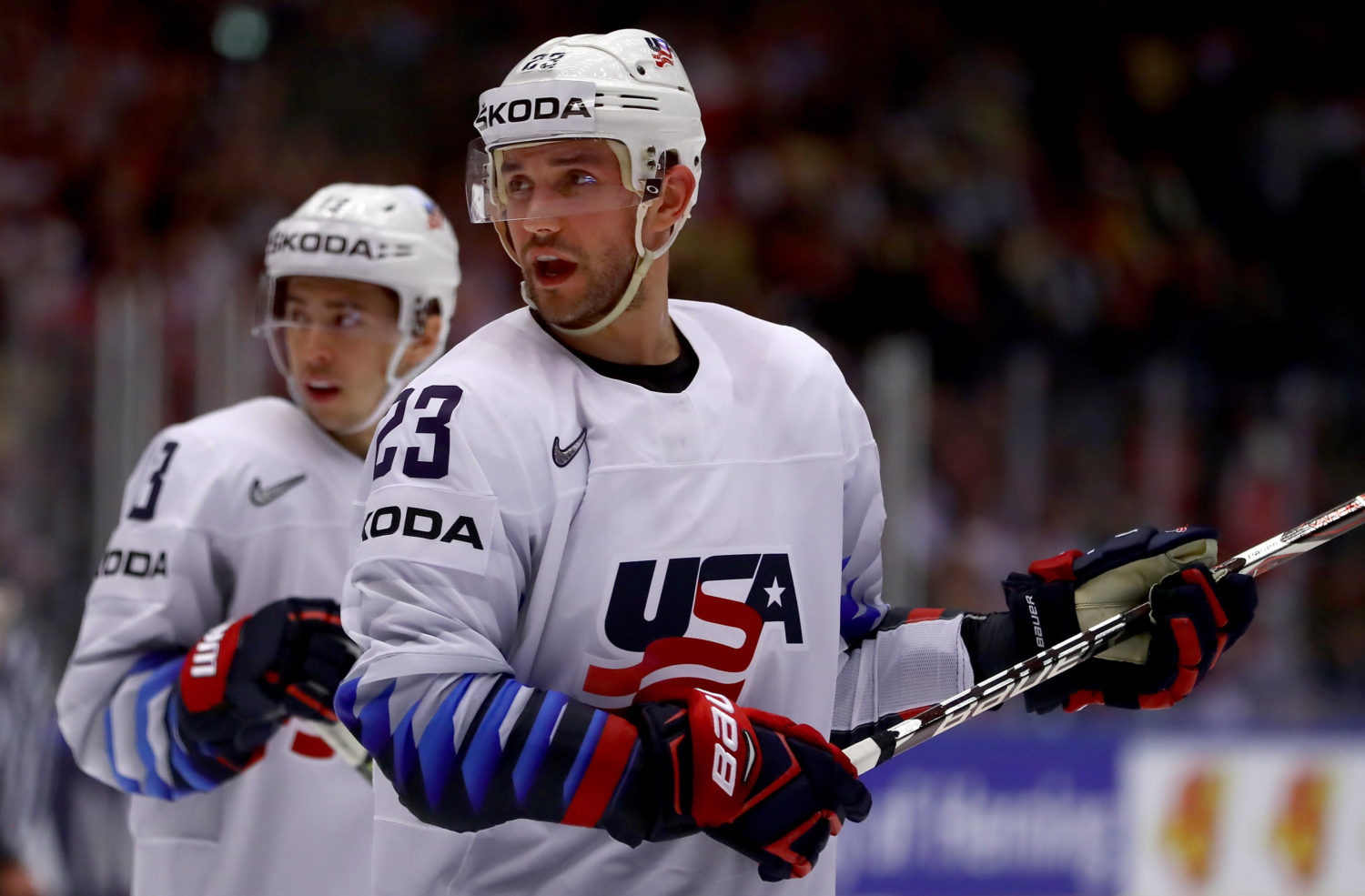 Both players would much rather be playing in North America at this moment, but Alec Martinez and Adrian Kempe extended their seasons by choosing to represent their national teams at the World Championship, held in Copenhagen and Herning, Denmark through May 20. For Martinez – who lists a founder of Dedham, Massachusetts and a Union Army war hero as his ancestors – it’s the first time he’s ever played for the United States. Kempe, on the other hand, is wearing the Tre Kronor for the first time since totaling seven goals and 16 points over two World Junior Championship tournaments in 2015 and 2016. He’s also played for Sweden at the U-16, U-17 and U-18 levels.

This is the oldest international photo of Kempe available on Getty Images. It’s from a Sweden evaluation camp in the summer of 2014, shortly after he was drafted by the Kings, but before he turned 18 years old: 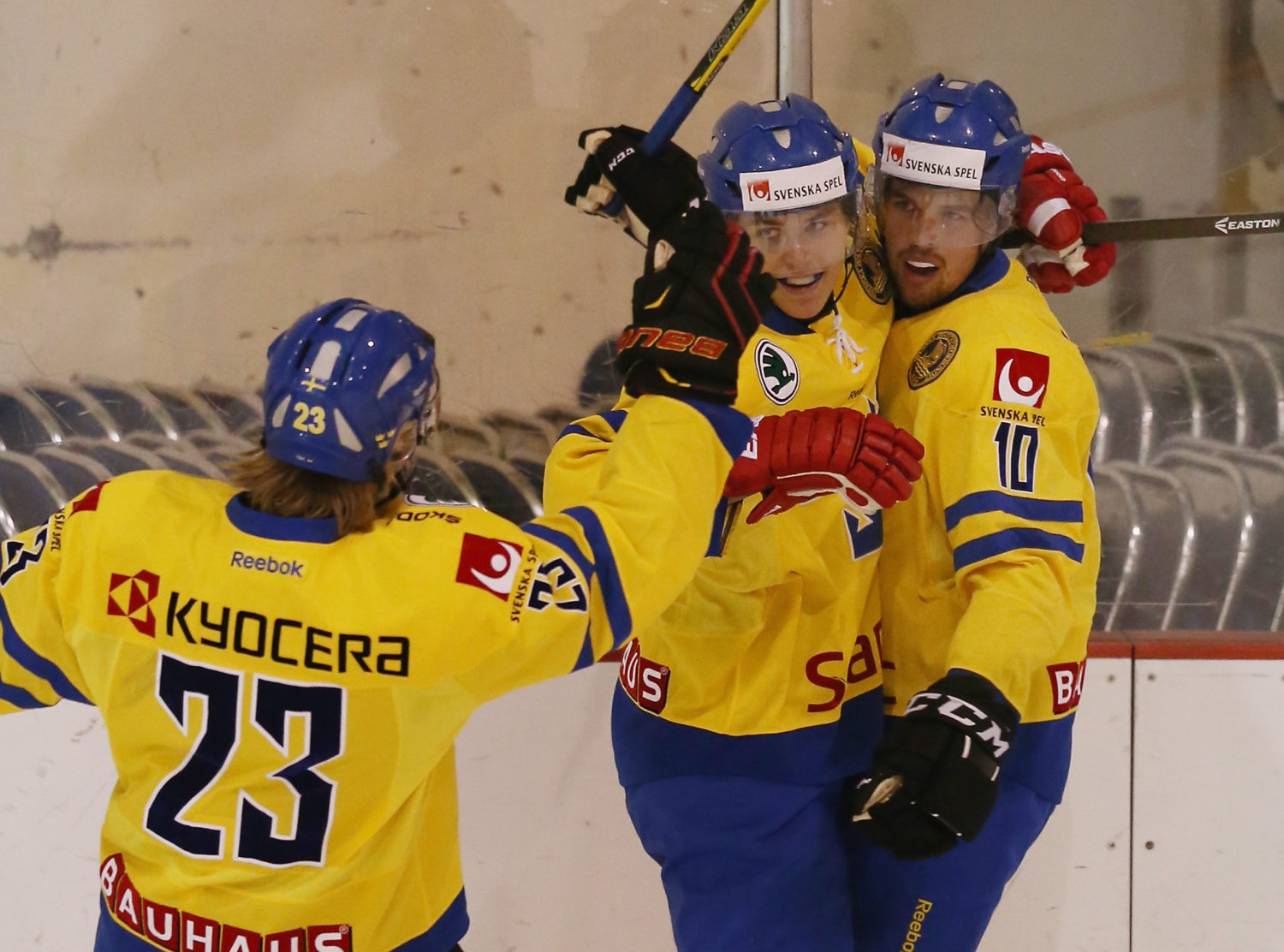 There are more pictures available of Martinez, who, like Kempe, has started the tournament off with an unblemished record. The Americans are 3-0-0 after beating Canada 5-4 in a shootout and blanking Denmark and Germany with the type of Keith Kinkaid excellence Kings fans are all too familiar with. There has been a greater willingness in recent years for elite North American players to participate in the World Championship upon the conclusion of their club seasons, though the tournament, which has been held in Europe every year but one since 1962, remains a higher priority for both players and national teams based across the Atlantic. After knocking off Canada in the opener, the United States wore their white jersey while beating the hosts amidst a charged Jyske Bank Boxen atmosphere in Herning: 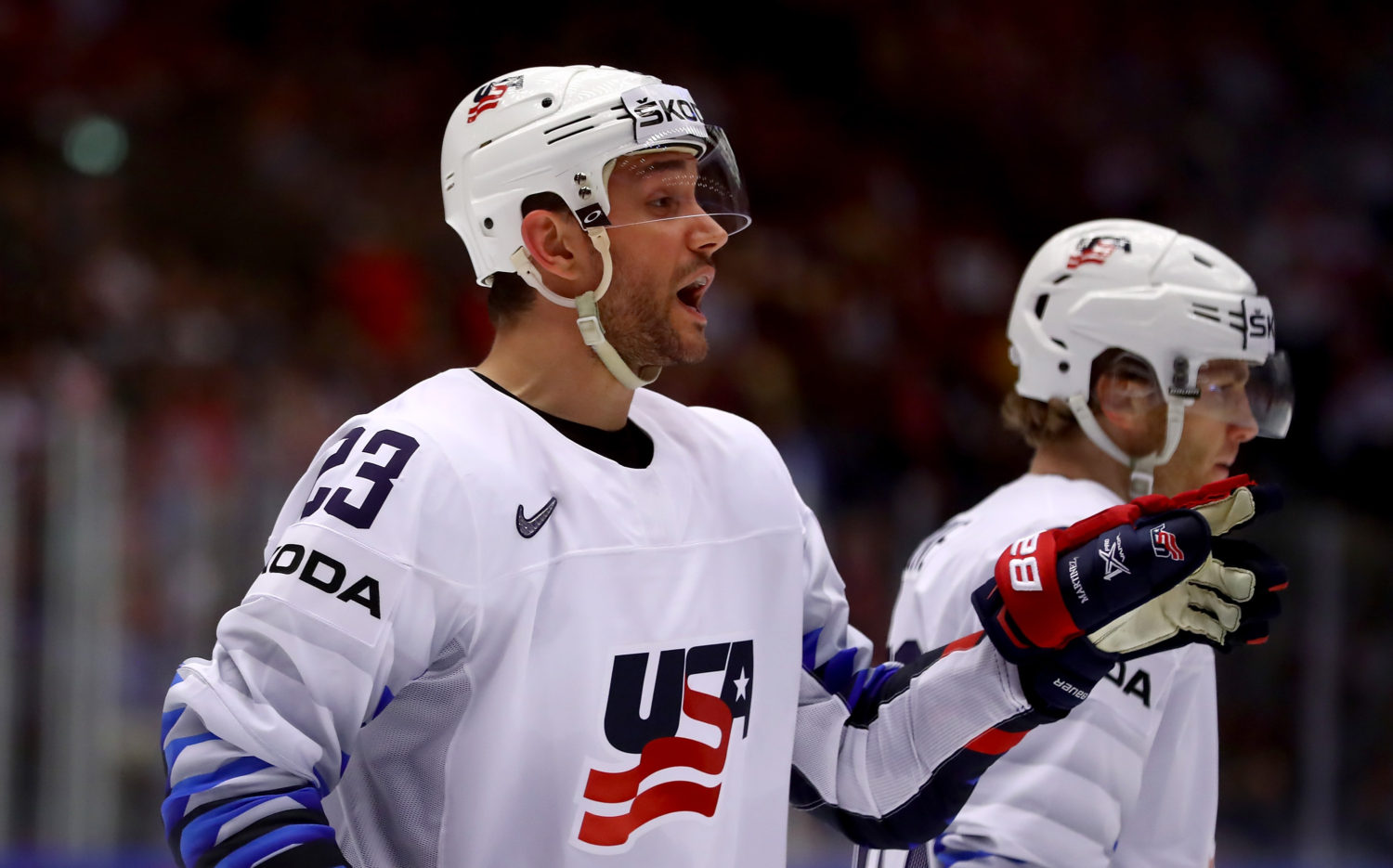 Through three games, Martinez has been held without a point but leads the United States with an average ice time of 21:15 per game and was matching up against Connor McDavid in the opener. During the 3-0 win over Germany on Monday, he played alongside Connor Murphy as a top pairing for the United States, which also counts Will Butcher, Nick Jensen, Quinn Hughes, Neal Pionk and Jordan Oesterle in its defensive stable. As someone who will turn 31 this summer, Martinez is the oldest player on the team after Carolina center and 31-year-old Derek Ryan.

Kempe, meanwhile, has one assist through two games while averaging 12:02 of ice time. It was a rather attractive assist, too:

The Swedes are currently playing France in the late game at Royal Arena in Copenhagen. More statistics and coverage of Kempe’s tournament will come as photos and videos are released. Until then, enjoy these Martinez action shots: 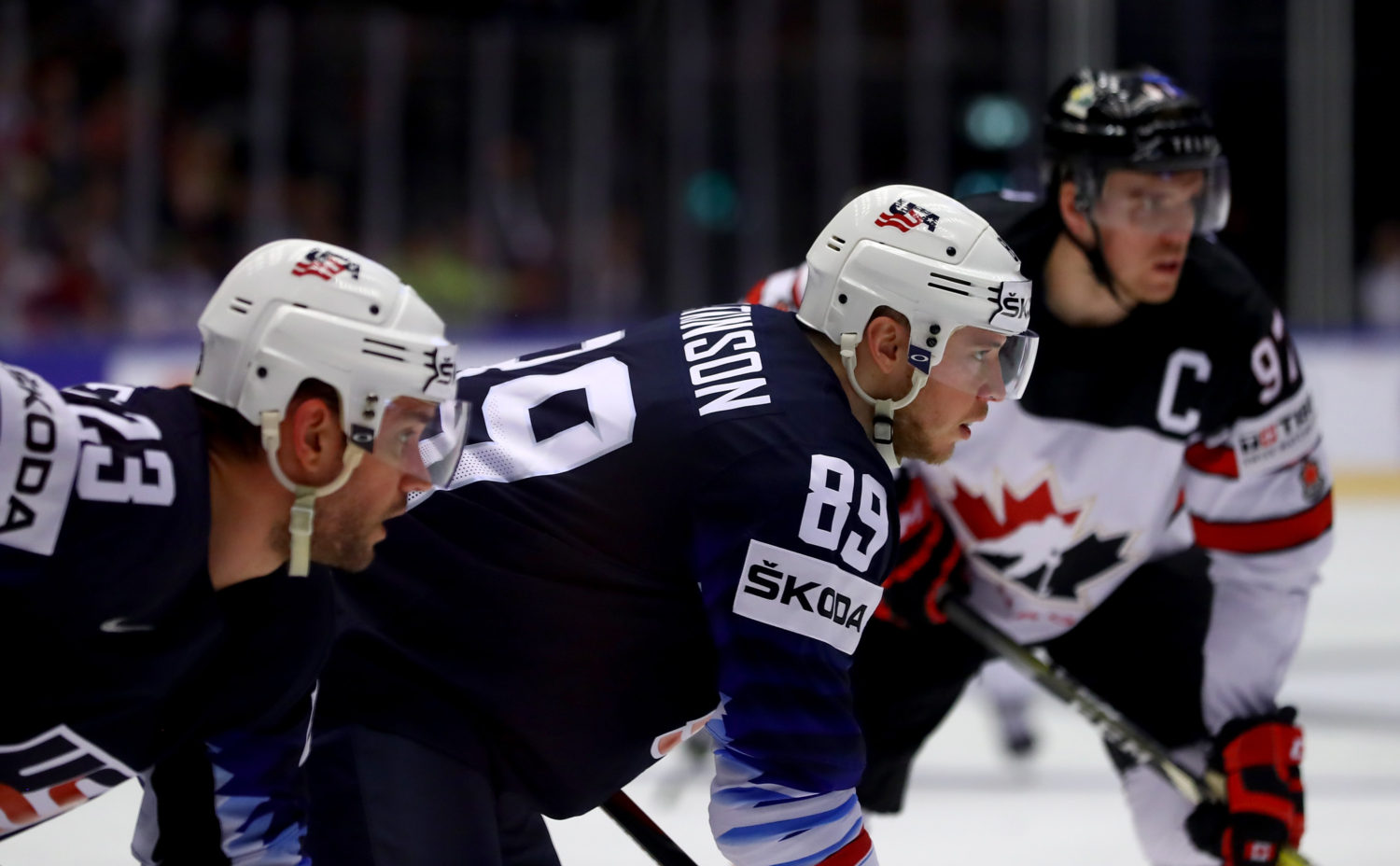 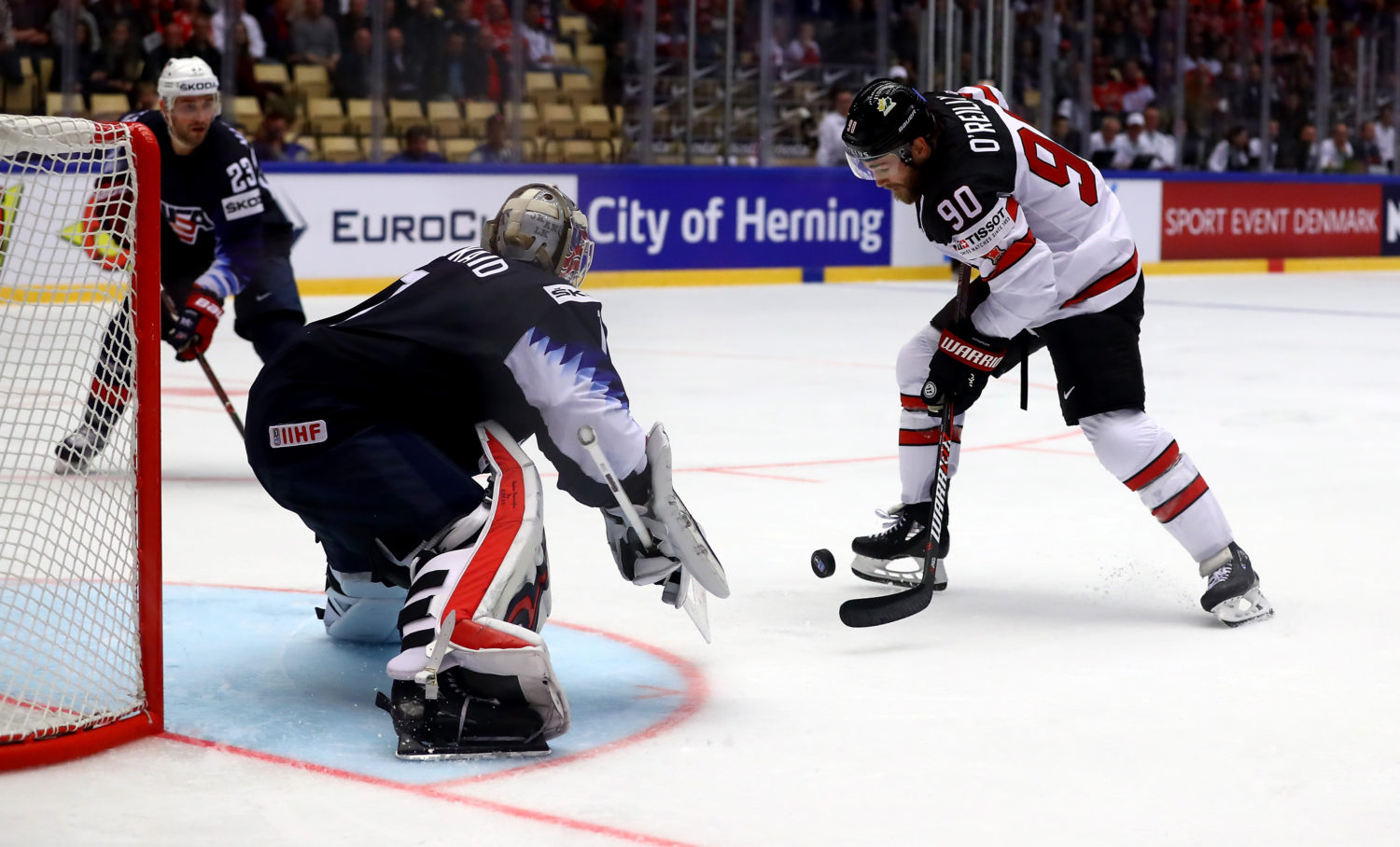 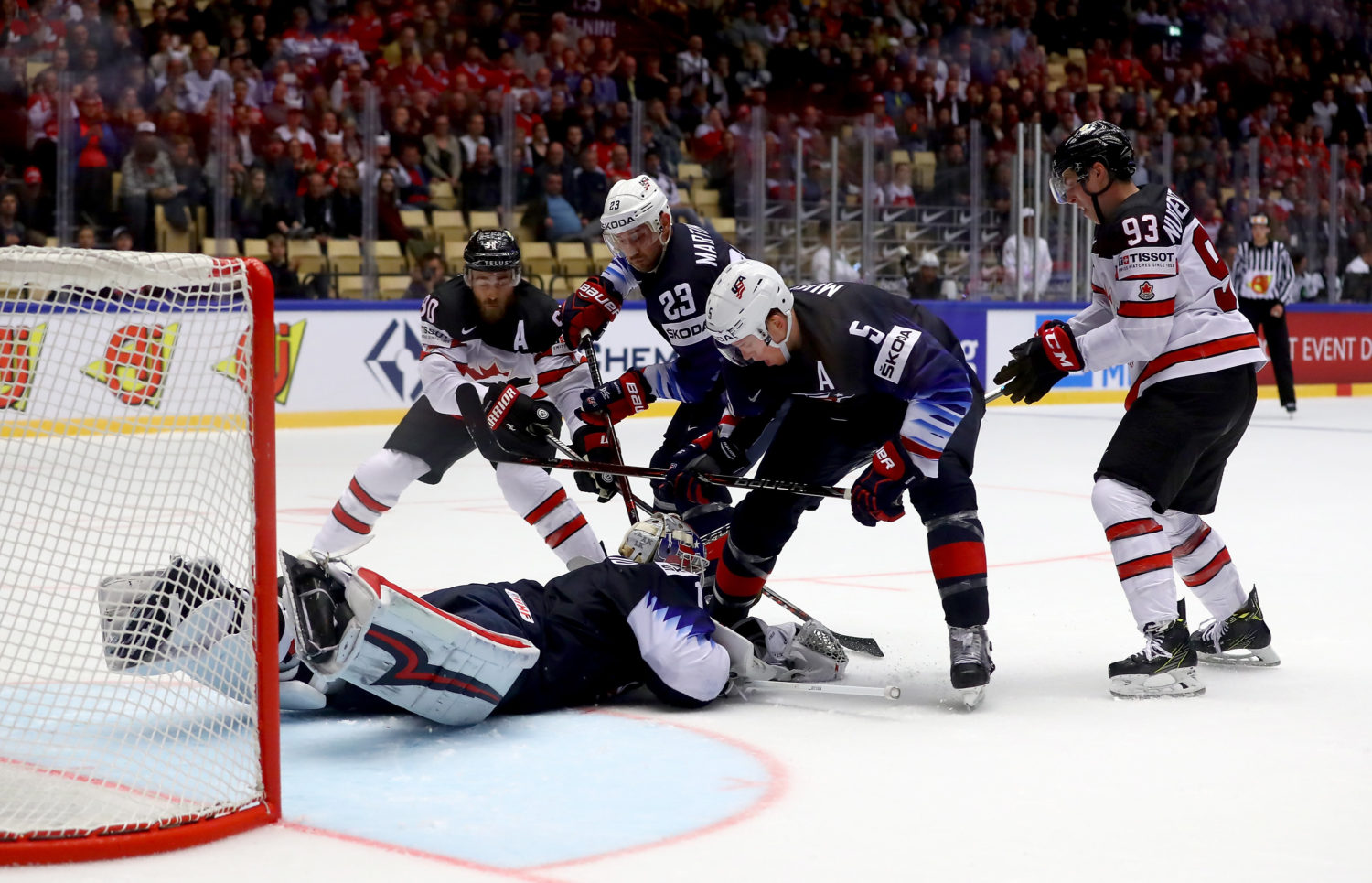 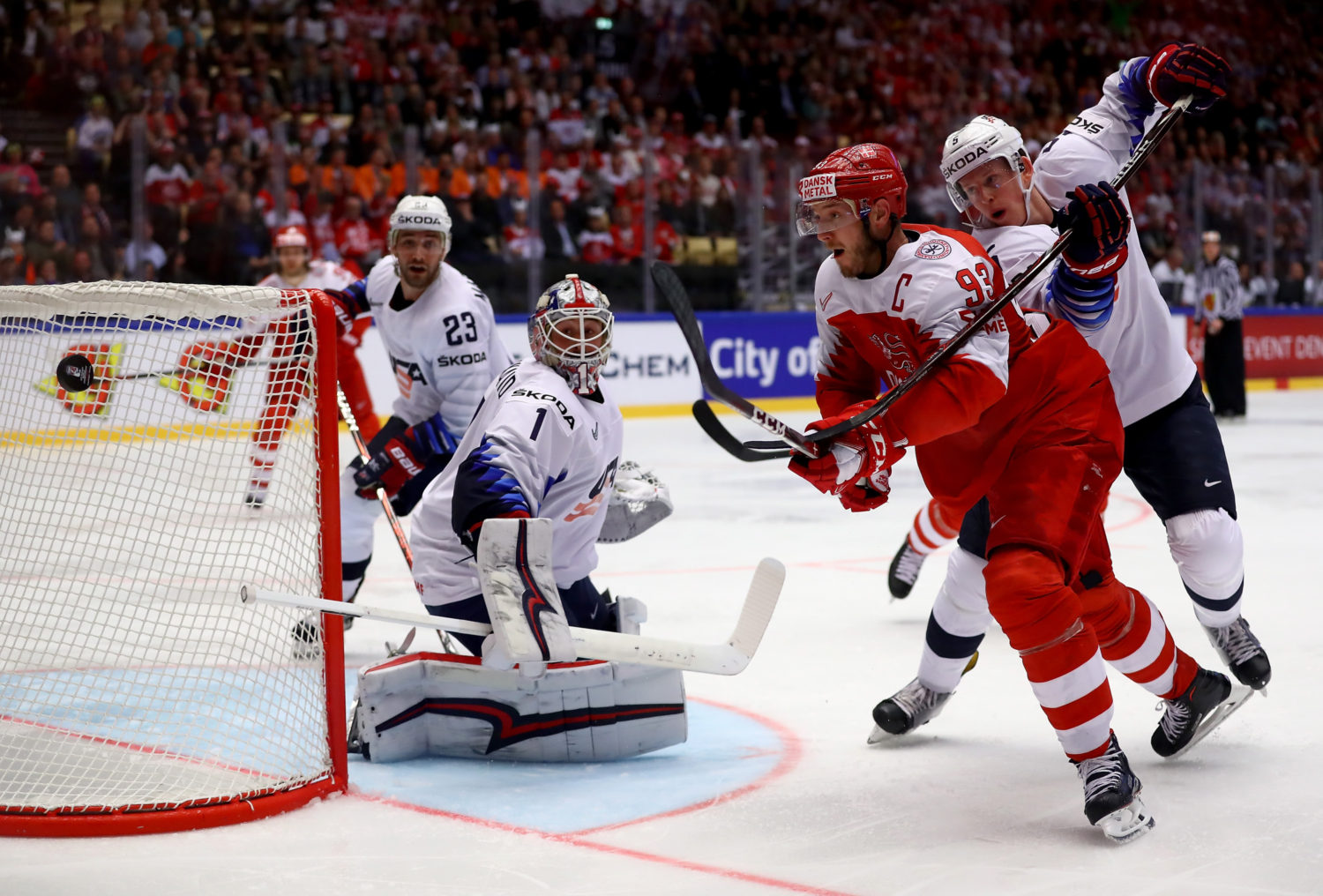