Advances, but still work to be done, in push to become – and play – faster 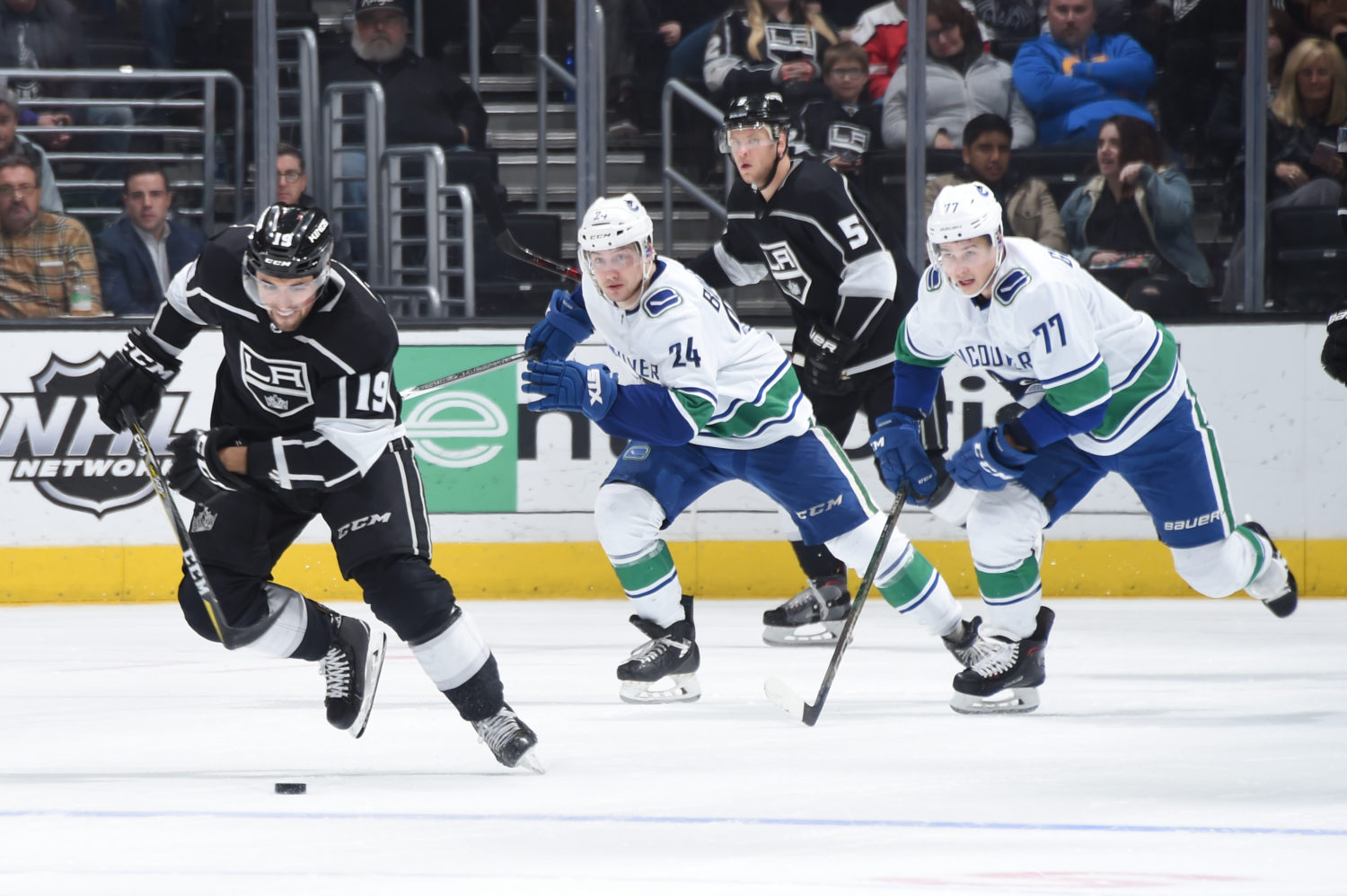 Another season gone by, another call for the Kings to become faster and more skilled.

There are nuances to this push. Hockey isn’t SPEEDPUCK. It is not a track meet in which points are awarded by a series of footraces, and there are teams perceived as having good speed, such as Montreal, or Chicago, or the New York Rangers, who didn’t even qualify for the playoffs. Furthermore, there’s also the distinct difference between individual speed and the ability to play fast. The Kings, under Darryl Sutter, were not among the league’s fastest teams, but at the important times of the year, they played with an excellent cadence and moved pucks quickly. In Elliotte Friedman’s 31 Thoughts this week, the Sportsnet reporter wrote in his excellent column that “[Anaheim GM Bob] Murray credited Logan Couture and Joe Pavelski for being able to play fast without being the swiftest skaters,” another reference to the importance of pacing and puck-moving as it related to individual player speed.

On the other hand, it’s also clear after watching Los Angeles’ first round series that there’s still a significant divide between their own team speed and that of Vegas’.

“It’s incredible how the league has changed,” Kings President Luc Robitaille said. “If you go back to 2014 to now, the league is totally different. The speed of the game, the reaction on the ice, you could go four rounds of forwards where there’s so much speed, and sometimes we’ll look, and there’s always one or two players that change the game, and McDavid’s brought the level of speed to that level, that means that everybody’s got to catch up to it, so everyone else is going faster. Guys might not get to his level, but you’ve got to get close, and I think that’s why the league is changing so much so fast.” 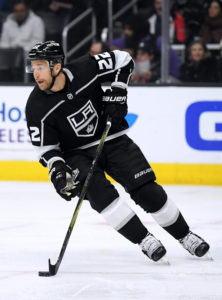 The Kings have made strides towards improving their own speed, both individually and in their pace with the puck. This is not something the team can snap its fingers at and complete in one off-season; it is a multi-year process. “We’ve done it for a year, you just try to get better at it now. I think we are a better team when we play faster,” Dustin Brown said. “It’s still a work in progress, I think.”

Other teams have also undergone this process, to mostly positive results: Boston, a team that plays a somewhat similar game to Los Angeles, has had success in its combination of heavy play with the need to raise its tempo, as has San Jose, which made the Stanley Cup Final two seasons ago. Washington is another heavier team from the Eastern Conference still playing this spring that has added more skilled elements to its traditionally physical style. On the other hand, St. Louis, which has made efforts to transition to a more skill and speed-based attack, has seen its win and point totals drop for four consecutive years. (Injuries to skilled players, such as Robby Fabbri, and inconsistent goaltending have influenced the Blues’ recent challenges.)

“You can look at a team that has fast players, but if they don’t move the puck fast, it kind of negates their speed,” Brown said. “And I don’t think we’re a slow team by any means, but I think we can move, because if we start playing faster, we become a lot faster of a team. And that’s probably the biggest difference for me. I mean, some of these teams have high-end speed, but they also play with the puck fast, and that’s what’s overwhelming. We’re all NHL players, there’s going to be fast guys, slow guys. It’s how you can play together and a lot of it’s how hard you work, really. Getting back into position so your D can move the puck quick and vice-versa.”

When the Kings visited Toronto in October, and the early impacts of fleet-of-foot skaters like Alex Iafallo and Adrian Kempe hadn’t quite caught up with those out east, Toronto coach Mike Babcock gave an impromptu pop quiz when Los Angeles’ heavier style of play was referenced as a detriment.

“Who’s number 19? How do you say his name? He flies. And, number nine, what’s his name? He flies. So, that was a test for you guys,” Babcock said to a press contingent that was entertained by the retort. “…They fly, so that adds tempo, and they might have six puck-movers, but they’ve got four for sure, and so that makes you go faster, as well. I think, just overall, the balance is probably better now.”

There is still obviously work to be done. It starts at the scouting, drafting and recruitment levels, and beginning last year, Los Angeles’ draft list was a touch more evolved than it had been in the past. After Gabriel Vilardi had improbably fallen to them 11th overall, their second round pick, Jaret Anderson-Dolan, a 5-foot-11 center with blazing speed, was somebody the club may not have rated as highly in prior drafts. 5-foot-9 Sheldon Rempal, signed out of Clarkson University late last month, would not have been a player keenly targeted by previous regimes.

But Anderson-Dolan will be 19 and is ticketed for a return to junior hockey next year, and Rempal, barring an Iafallo-like emergence, is most likely to open the season in Ontario, further underscoring the length of time it can take to evolve lines of thinking and the means of implementing them across the organization.

There have been ways in which the team had attempted to use its existing personnel to play with greater urgency, move pucks more quickly up-ice and use defensemen to join in the attack. In all zones, players acknowledged that there were fewer restrictions on their ability to use their skill to advance the puck, and, in the offensive zone, create chances.

Though the Kings significantly increased their offensive output, the incorporation of speed and a recalibration of the overall systems to sustain the offensive thrust was inconsistent in the first season of an evolved organizational thrust.

“I thought, especially early on, we played with a lot of pace, and its ups and downs throughout the year,” Brown said. “But like I said, I still think it’s something we can improve upon. It’s kind of a changing of the mindset, too, because we used to slow it down, come back and get everyone back, and then that worked and we won. But it’s just like I said, it’s a learning curve for a lot of guys and just being in position, or sometimes it’s just the defense having a play that’s available right away, it’s just making that play and getting used to it so you’re not thinking about it. I think this year we did pretty good with it, but there were definitely opportunities where everybody was thinking about trying to speed the game up where as it didn’t come natural sometimes.” 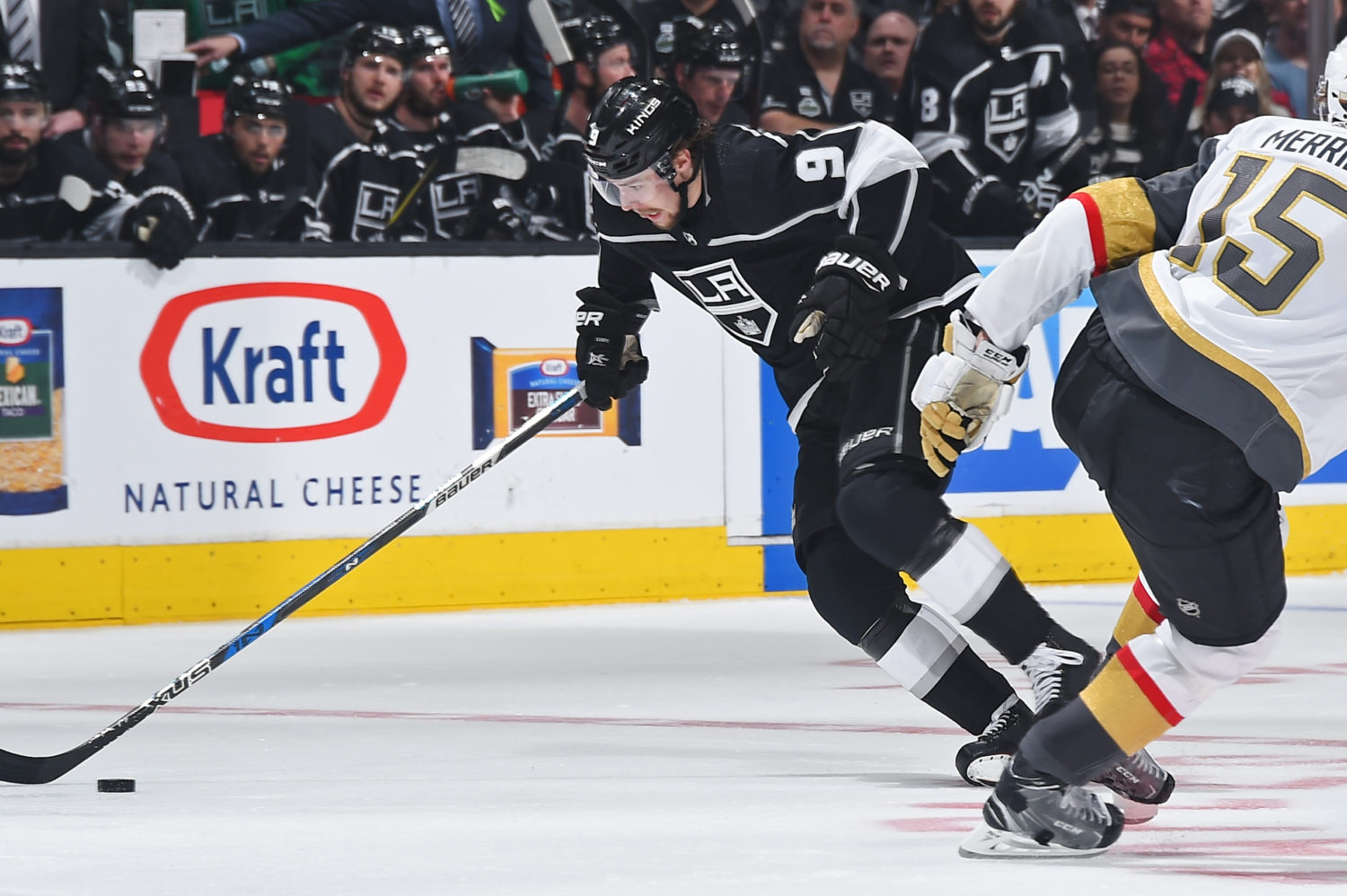