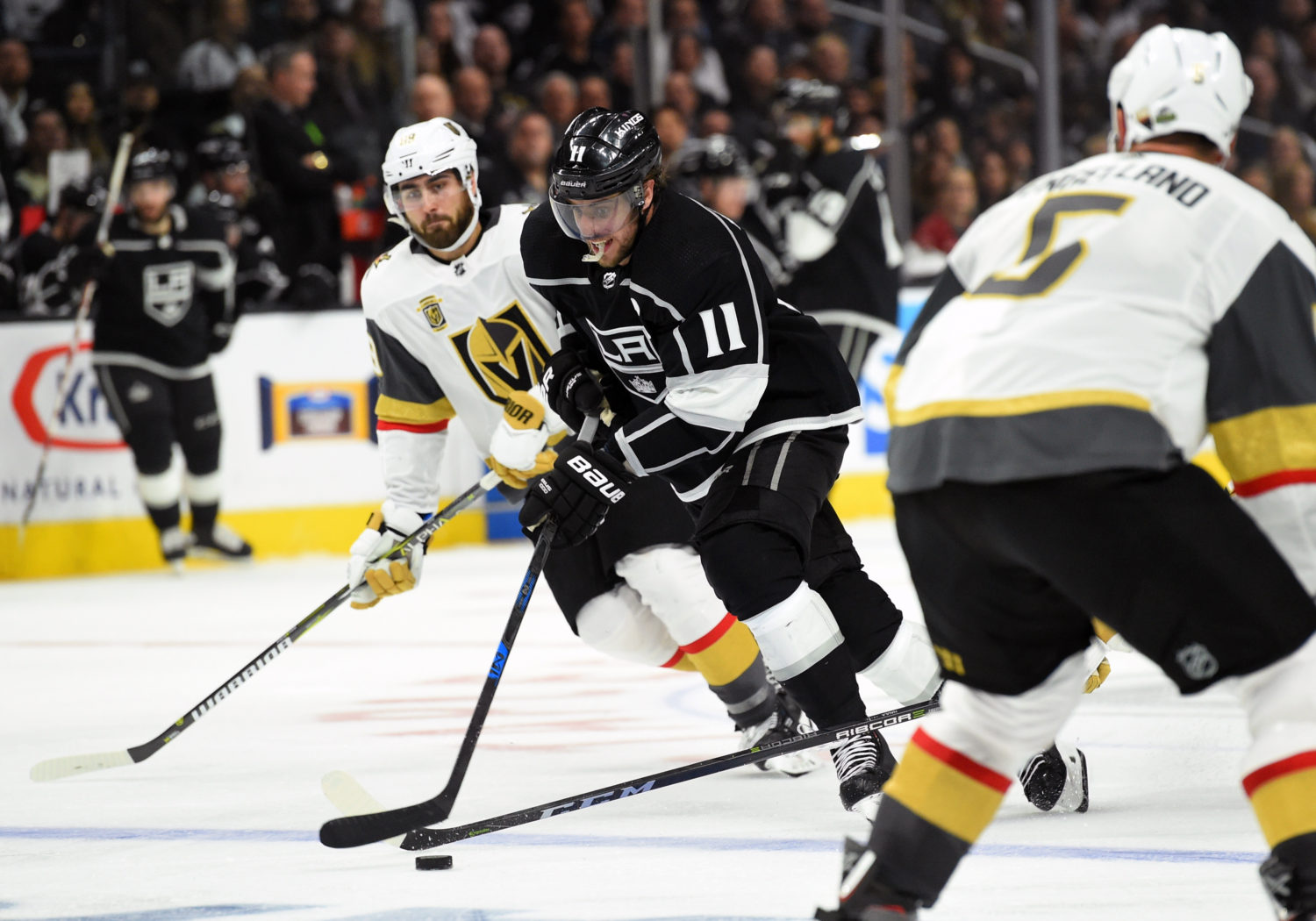 Anze Kopitar, on the frustration of losing despite the Game 4 effort:
Yeah. Our season ended. Of course it’s frustrating.

Kopitar, on whether the difference in the series was Marc-Andre Fleury:
I don’t think it’s all him. Obviously you can’t win the series scoring three goals total. For sure, give him credit. I thought he was playing really well, but we also had some chances that we could’ve really scored on. We just didn’t score enough goals.

Kopitar, on whether it was deflating not being able to score in the first period:
No, that didn’t deflate us at all. We came here and at the start of the second, I thought we were good. We were creating. Obviously this is probably the best game we played in the series, but like I said, you can’t win a series with scoring one goal a game or less than that.

Kopitar, on any solace in the fact that every game was decided by one goal:
That’s what the playoffs are all about. It’s all close. Coming in, they were one of the highest scoring teams in the league. They mustered off, was it seven goals all series? It’s not like we were blown out of the water. Jonny gave us a chance every night back there. We just couldn’t find the back of the net.

Alec Martinez, on whether there was frustration over not being able to score in the first period:
I don’t think so. I thought that we had a good start. It was playoff hockey. Games are going to be close. If I’m not mistaken, it was four one-goal games. I’m obviously really disappointed.

Martinez, on how hard it was to accept losing four one-goal games:
Well, we just got knocked out of the playoffs, so I don’t care what the scores were. It’s the same feeling.

Martinez, on how difficult it was scoring on Fleury:
I mean, they have a really good hockey club. It’s playoff hockey. Fleury played really, really well for ‘em. You’ve got to give them credit. They played a hard series. Just a lot of disappointment in this room. You can’t forget how this feels.

Martinez, on the team “leaving it all out on the ice”:
I don’t think the issue is ever a matter of effort. I’m proud of the way our guys battled the entire series, but at the end of the day, in playoffs you’ve got to win hockey games, and we didn’t do that.

Kyle Clifford, on whether it was more complex than Fleury simply being the difference-maker:
I thought we had our chances on him. … I thought goaltending on both sides was stellar. Quickie played unbelievable. He gave us a chance every night. We get that from him every night. We just had to put a couple more on the board for him.