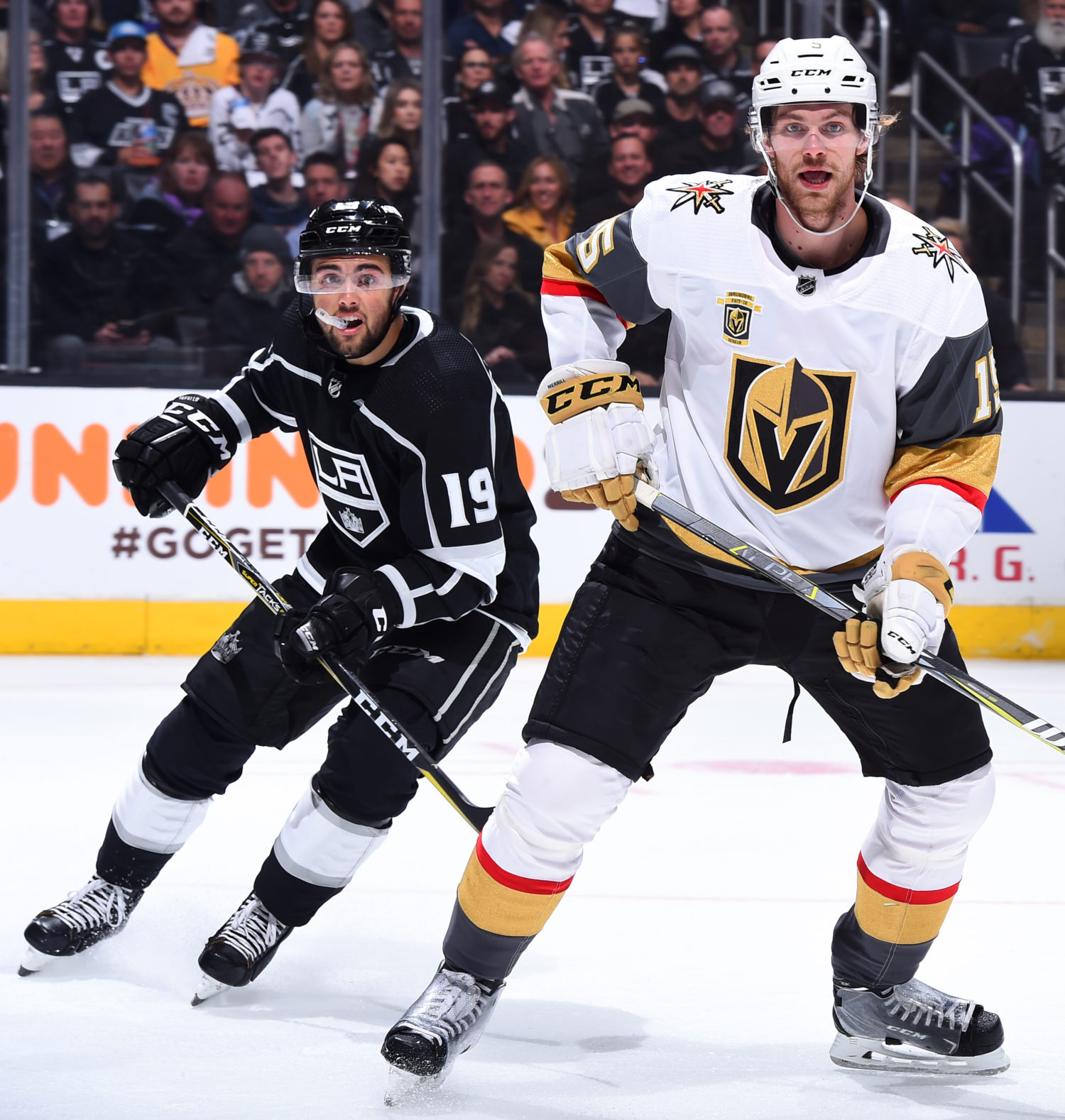 Gerard Gallant, on the series:
It’s been incredible. Obviously playing four games, and they’re all one-goal games. 1-0, 1-0, 2-1 in double overtime, and then 3-2. It’s two good teams and I guess, basically, we got a little bit more puck luck than they did. Both goaltenders were excellent, it was a great series, but like I said, we got a little more puck luck and we cashed in at the right times.

Erik Haula, on sweeping the series:
…Just looking at the series as a whole, we were composed, we played excellent hockey as a team and that’s what we are and that’s what it’s going to take for us to succeed. You know, it’s funny, it’s been different guys scoring goals at big times and this group is a fun, fun group. We’re excited for the next one.

Haula, on what the reaction was in the locker room after the game:
There was a couple high fives, but honestly, we’re a hungry group and we want to win. And like I said, it’s nice to get some rest now and recover and get ready for whoever we face next.

Haula, on Fleury’s outstanding performance:
Yes, yes he is. He’s one of the best and you know those two particular saves he made, and they were their two best goal-scorers right there in the slot, point blank. And those are differences in the game. He’s our backbone and we’re so happy to have him.

Haula, on whether he was shocked to sweep the Kings:
Eh, that’s a tough question. I guess, you know, they’re a great team. Coming in we have a lot of respect for them. They have great players. They’re tough to play against. Obviously you don’t ever go into the series ever expecting to win a series 4-0. I’ve never been a part of it on either side, but like I said, I have a lot of respect for their hockey club and for their players, the way they play.

Haula, on whether he’s pleased with his team’s defense:
Yeah, like I said, we stayed composed. We played our game. We skated well, defended well, and then we’ve got Fleury back there as our lead guy and that’s been the recipe for this series.

Perron, on how important it was to end the first period in a tie:
It was huge. Obviously, you never know if they start getting momentum more and more, scoring goals. And then, say they win the game, I think it’s going to be a tough one for us going back to Vegas and knowing that they’re going to come and that they have experience in those types of situations. We needed to close them out as soon as we could.

Perron, on what was said during the first intermission:
We knew what to expect and they really gave it to us badly and they played a great first period, as good as they could play. And we didn’t crack as far as the score, but we were really close and I mean, we had a better second period. That was way better.

Brayden McNabb, on his goal:
I was able to get ahead of the forwards. You know, I’m not a big time guy who jumps in the play, but if there’s an opportunity I’ll take it. There was some space, you know, I think Smitty who passed it to me, I don’t even know honestly, but yeah he made a great play and I was able to just get it on net.

McNabb, on whether he caught Quick by surprise when he scored:
Yeah, I think it was just a late three-on-two. I think Marchie made a great play to Smitty and then Smitty kind of froze them all and was able slide it over to me and I was able to slide it in. So you know, I give all the credit to them. I just had to put it in the empty net.

McNabb, on how it felt to score the only goal of the game:
Yeah it felt pretty good. It’s an exciting time of year and it’s playoffs and it’s fun. [Reporter: Anything extra because it’s them?] Yeah, it felt good for sure. Definitely nice to beat your old team.

Marc-Andre Fleury, on how it feels to get the win:
I don’t know. It’s going to feel good for a few days. It’s nice. I think we might get a couple days off because of such a long layoff and it’ll be good. Just relax and rest and once we find out who we play we’ll get back to practice and we’ll bring back the energy and tempo.

Fleury, on how he feels after playing four games in seven days:
Feeling good. I guess you always feel better when you win I think. It was good though. It wasn’t too bad. We’ve done this, I feel like, for a month and a half before playoffs, played every other night. So it gets you ready for this.

Fleury, on his save on Brown in the final minutes:
Yeah I just tried to come all at him and just got a little piece at the top of the glove. So it was close. Good enough.

Fleury, on sweeping the series:
I don’t know. I think it’s just another win, another series. Doesn’t matter if we sweep
‘em or if we beat them in seven. It’s just nice to win the series and it’s good for obviosuy everybody’s confidence and you know, it was a close series. There weren’t many goals scored on both sides and big thank you for my D and for when they helped me out out there.

Fleury, whether he’s used to hearing that no one has done this before:
I don’t know, I’ve heard it a few times over the season, you know, but like I said, we’re not shooting for new records, right? We’re just always trying to focus on the next game and winning that one and that’s it.