Waking up with the Kings: April 16 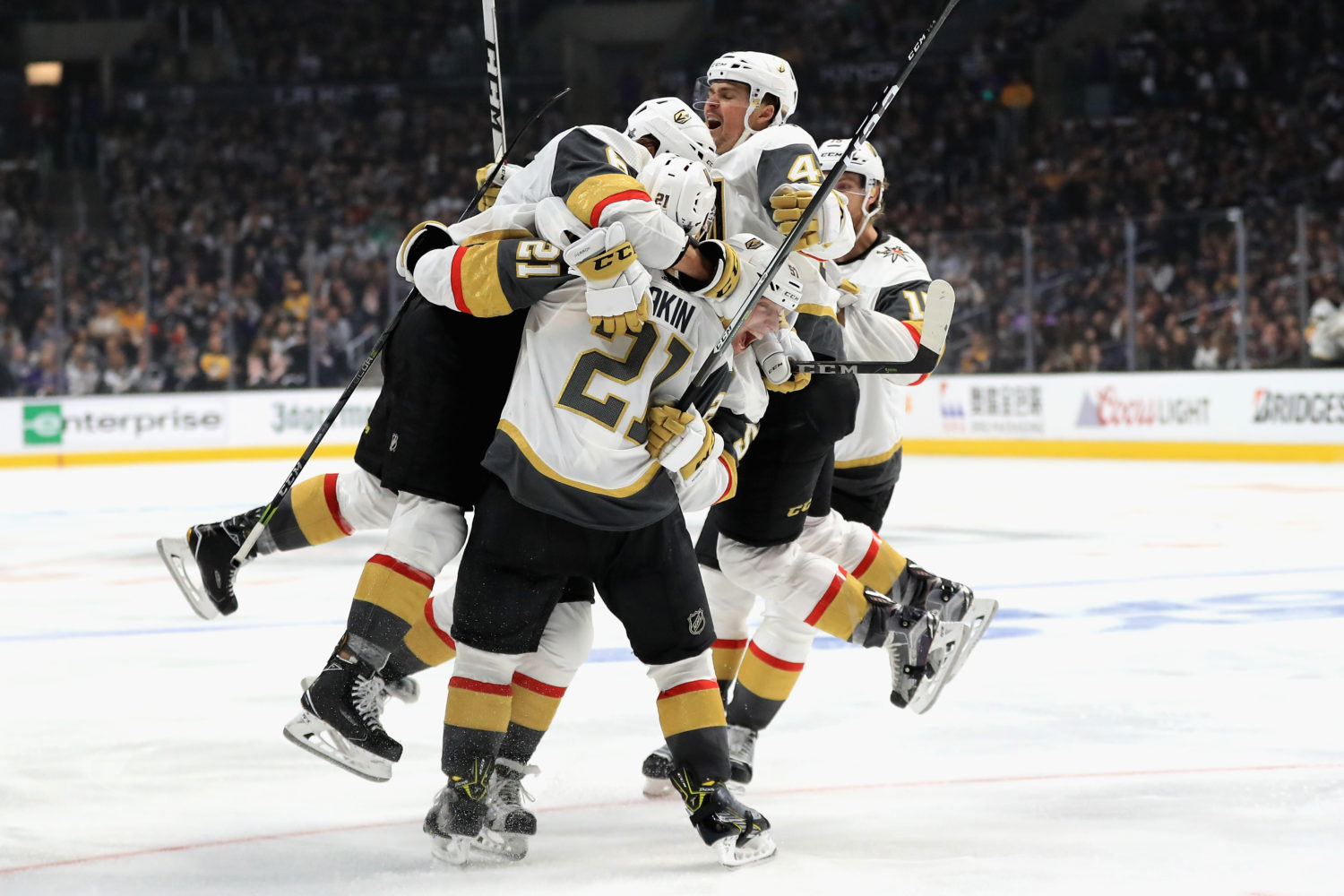 The LA Kings lost Game 3 because they couldn’t turn a 1-0 lead into a 2-0 lead despite a good 30 minutes of game time that included several high-quality chances to do so. The best opportunity to claim the first two-goal lead of the series by either team came in the second period after Adrian Kempe – who has been terrific with and without the puck – backed Vegas off with a swift rush into the offensive zone before leaving the puck to Drew Doughty, who found an unmarked Tyler Toffoli as the trailer. Something isn’t right with Toffoli, though, and the sniper whose last even strength goal came one month to the day of Game 3 held the puck for a beat as the wide-open window to the back of the net closed and he couldn’t lift it past Marc-Andre Fleury’s outstretched left pad during the Grade-A look. There’s your game. Los Angeles had power plays and other quality looks, but that save was the in-game representation of the inability to seize on key moments as well as the challenges the team’s top goal scorers have had in making impacts on a series they now trail three to none. 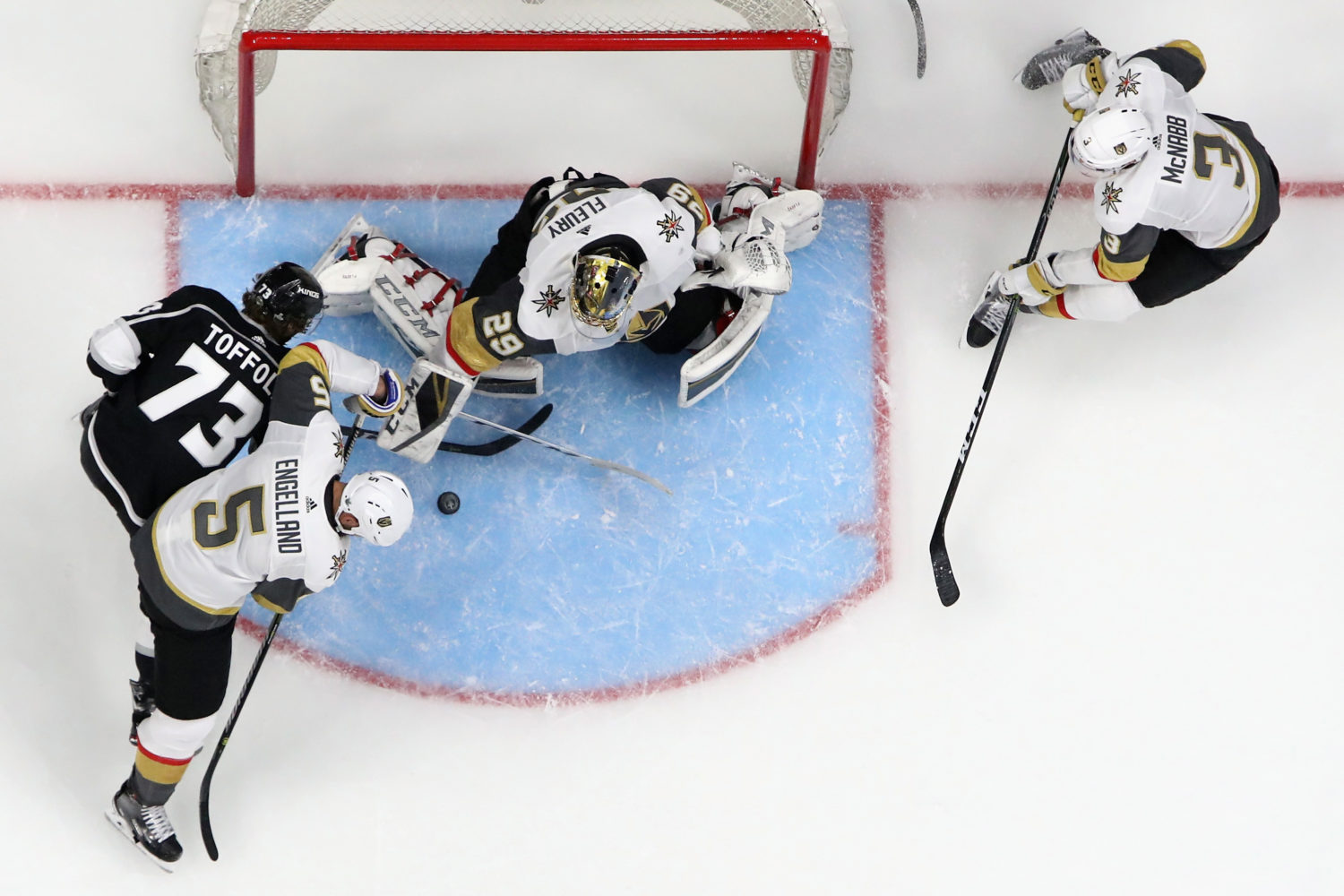 This deficit comes without the same intangibles, forward and defensive depth that the 2013-14 team used to turn around their first round deficit and is largely why the club remains stuck on one playoff win since then. We can talk all we want about the effort, the battle, the intensity of the first three games – and Game 3 was clearly Los Angeles’ best performance – but without a full stable of defensemen, and with key forwards either hobbled or struggling to make an impact on the scoresheet, the Kings are ill equipped to beat a team that won 51 games in the regular season. If a team wants to beat Vegas, everyone’s got to be pulling the rope and maximizing their skill set, and Los Angeles, from top to bottom, are yet to consistently bank on such difference-making performances. There is a difference between effort and performance, and while the battle has been there, the execution hasn’t been. Meanwhile, though the Kings got Drew Doughty and Jake Muzzin back for Game 3, the Golden Knights also started to gain traction from players outside of William Carrier and Alex Tuch and their extended list of effective role players. James Neal scored. William Karlsson, who scored 43 times in the regular season, got his first of the series. Los Angeles struck first and had moments to widen their league, but Vegas had their own answers to the Kings’ pushes and seized control of the game in the third period. 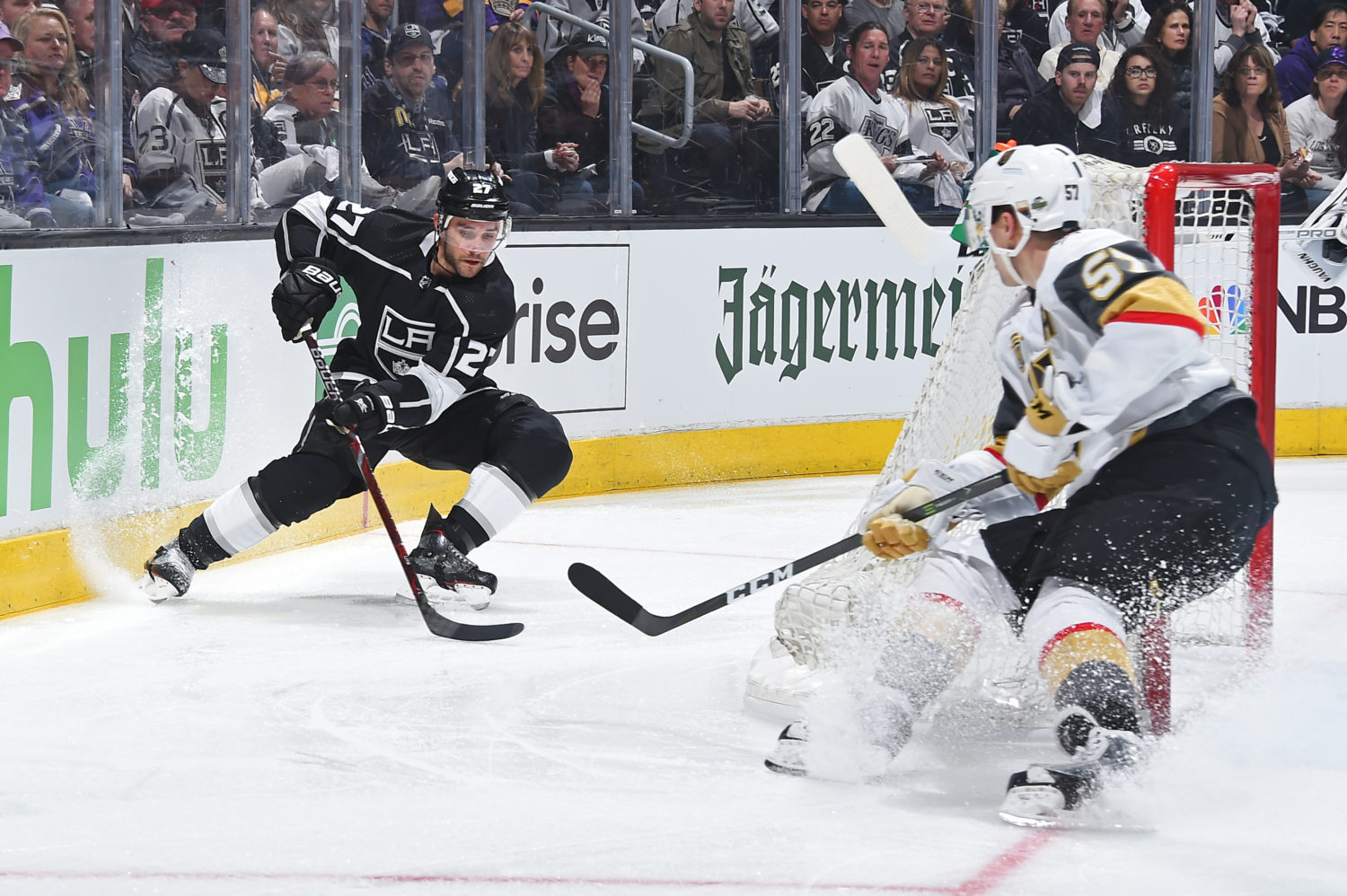 The Kings have played eight playoff games since 2014. Seven of those games have been one-goal games, and in the one game that was decided by multiple goals, Los Angeles and San Jose were tied after two periods. They’ve lost seven of those eight games. Timely scoring and losing the critical moments of a hockey game were issues that occasionally affected a Kings group that finished with the seventh best goal differential but the 12th most points and has clearly been a major factor of a playoff series in which Los Angeles has lost three games by one goal, including one game in which Dustin Brown was unable to pot a rolling puck in a wide open net, a game in which they couldn’t capitalize on an overtime power play and a game in which they controlled the scoring chances for two periods and had opportunities to double their lead but were unable to do so. It’s part of the larger challenges that for as opportunistically resilient as the 2014 marathon run was, that same magic – the March of the Cockroaches, as it were – is so unbelievably rare and requires an incredibly special group to summon. 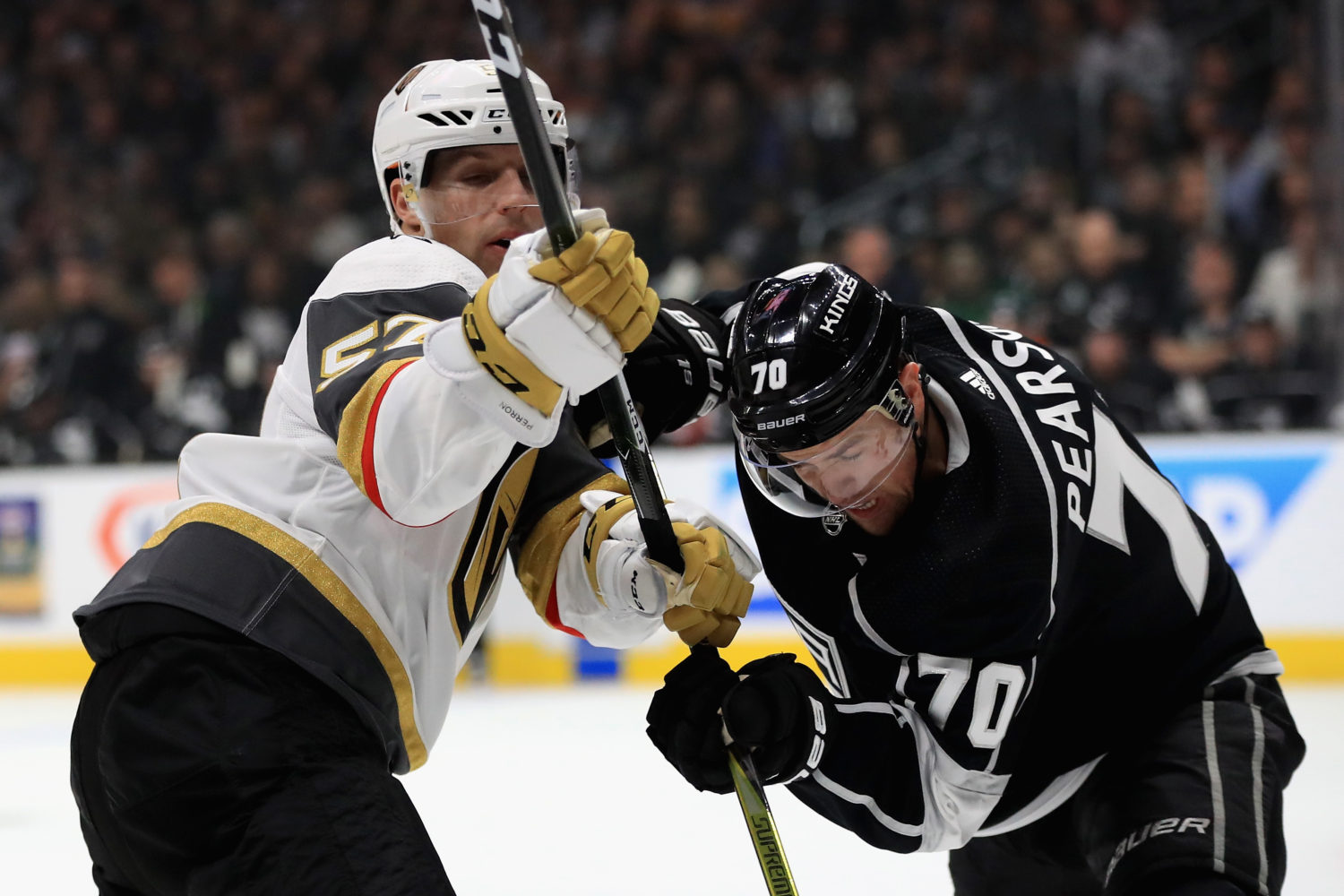