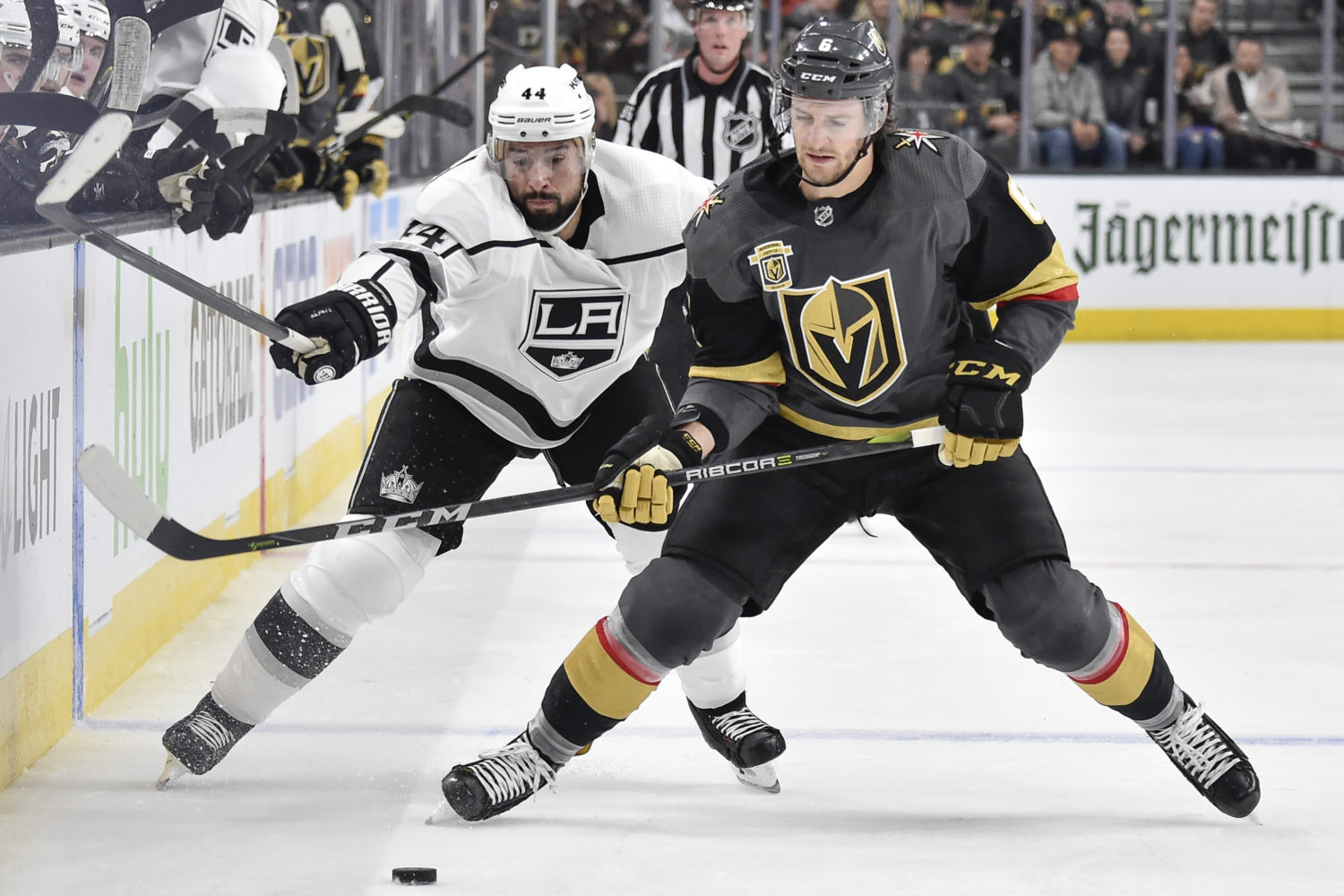 So, who wants to talk Colin Miller? (I’ll let myself out.)

A promising defensive prospect who attended LA Kings development and training camps in 2011 and was drafted by the team in the fifth round in 2012, Miller burst onto the scene with a 2014-15 championship season with the Manchester Monarchs and with a wide opportunity with Vegas this season, posted a 10-goal, 41-point campaign after being selected from Boston in the club’s expansion draft. But back in 2014-15, he set an AHL All-Star Game Skills Competition record with a 105.5 mph slap shot and also won the fastest skater award in the middle of a 19-goal, 52-point campaign, and followed his breakthrough AHL season with another two goals and 10 points over 19 playoff games that spring. Miller spoke with LA Kings Insider about his feelings of being included in the Milan Lucic trade less than two weeks after skating the Calder Cup around Utica Memorial Auditorium, and what he expects at ice level as the series shifts to Downtown Los Angeles for Game 3.